When and Where Can I Watch the Finals?

The finals of the 2020 Reebok CrossFit Games will take place Friday, Oct. 23, through Sunday, Oct. 25, in Northern California. The competition can be watched across a range of broadcast and digital channels, including a live, two-hour broadcast on CBS Television Network on Saturday, Oct. 24, from 10 a.m. to noon PT. Every event of the final stage will stream live across Pluto TV, games.crossfit.com, and CrossFit’s Facebook and YouTube channels.

All times subject to change. To get calendar reminders and updates on the events, click here.

You can also follow the CrossFit Games Facebook, Games Instagram, Games Twitch, or CrossFit Games and CrossFit YouTube accounts to stay up to date on breaking news and competition highlights. Keep up with your favorite Games athletes through their individual Instagram pages.

How Will the Final Stage of the Games Work?

The final stage of the competition brings together the top five men and five women to compete for the title “Fittest on Earth,” based on an online first stage that took place in athletes’ local gyms around the world. The final stage will take place at multiple venues in Northern California, including The Ranch in Aromas, California, where the first CrossFit Games were held in 2007.

Who is Competing in the Final Stage?

The final five men and women will be led by four-time Games champion Mat Fraser and three-time Games champion Tia-Clair Toomey. Fraser would set a new record for consecutive victories with a win in the finals, while Toomey would extend her own record as the most decorated woman in CrossFit Games history.

Along with Australian Toomey, other finalists on the women's side who will be making the trip to The Ranch include Americans Brooke Wells (second in Stage 1), Haley Adams (third), and Kari Pearce (fifth), along with two-time Games champ Katrin Davidsdottir of Iceland (fourth). On the men’s side, Fraser is joined by fellow Americans Noah Ohlsen (second), Justin Medeiros (third), and Samuel Kwant (fourth), as well as Canadian Jeffrey Adler (fifth).

What’s the History of The Ranch in the CrossFit Games?

Every sport starts somewhere, and after a long road, the CrossFit Games are coming home in 2020.

What is the Prize Purse for the Finals?

The top five men and top five women will compete in person for up to US$1.7 million, with the Fittest Man on Earth and Fittest Woman on Earth earning US$300K each. 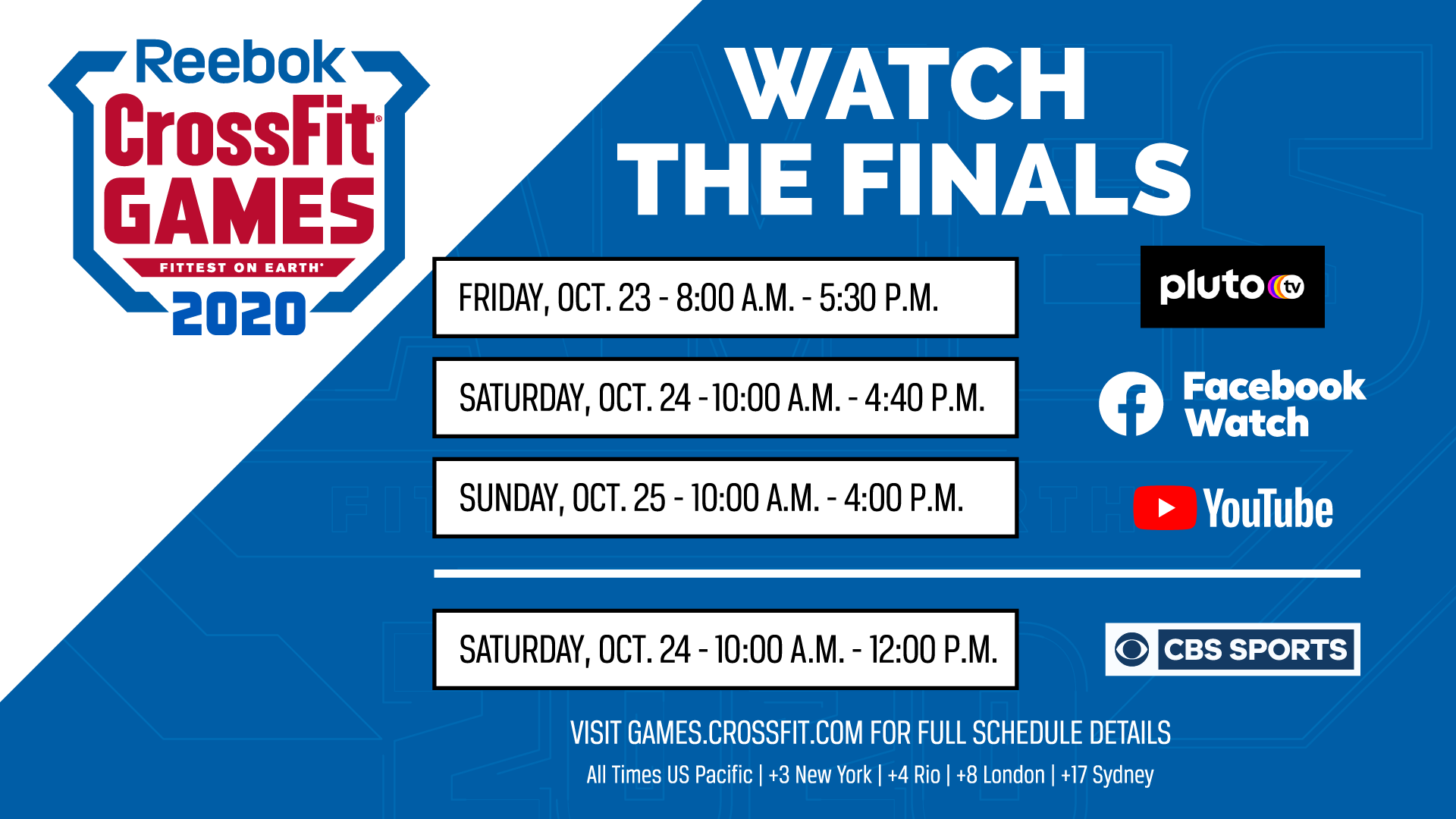