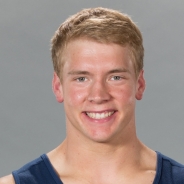 Samuel Kwant, a North West and West Regional athlete since 2014, made his rookie CrossFit Games appearance in 2016. Though he was the youngest individual male at the Games that year at 20 years old, he finished 16th with four top-10 event finishes and one event win. He also made the games in 2017 but in 2018 he had to sit out due to surgery . A CrossFit athlete since 2011, Kwant is a former high-school cross-country runner.