The doctors told her to avoid physical activity for three months.

That’s when she started hopping on a stationary bike and doing push-ups. 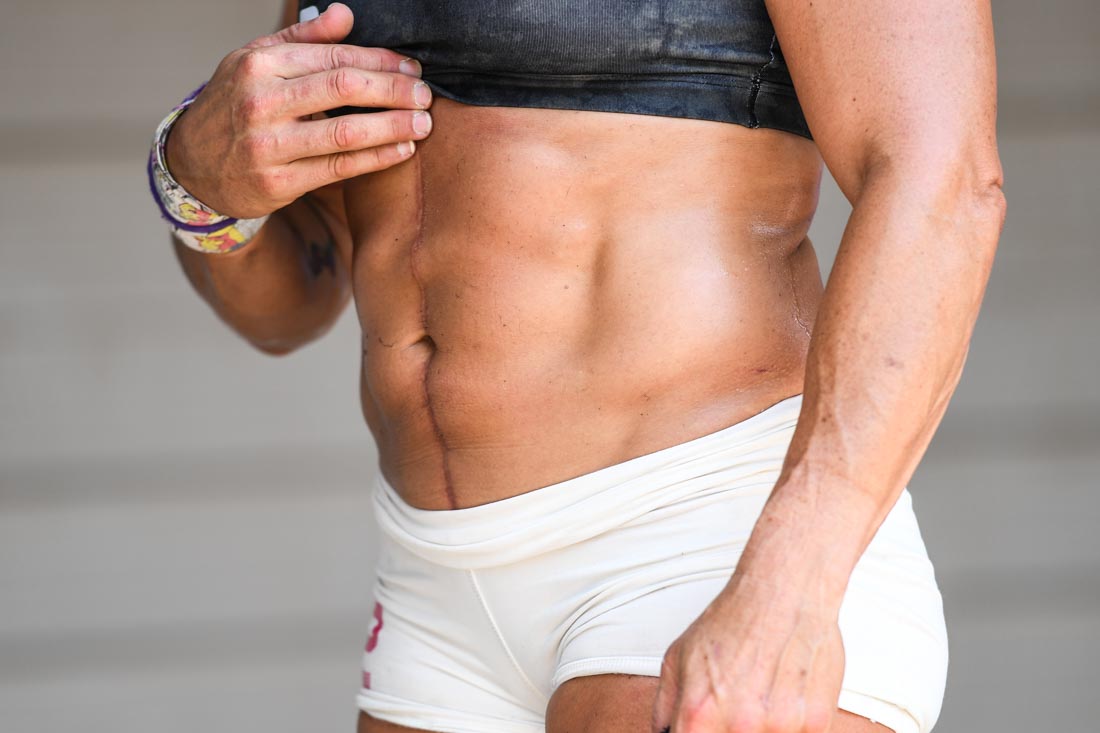 In mid-December 2017, she ended up in the emergency room twice with excruciating pain in her abdomen.

“They couldn’t give me enough morphine.”

Roughly a week before Christmas, Allen had emergency surgery to remove nearly 9 lb. of fibroid tumors. A biopsy revealed they were benign.

That news was more than just a relief to the former alcoholic who has struggled with suicidal depression and food addiction. It was another lesson in overcoming.

“I thought I had gratitude,” the 48-year-old said. “It’s just taken me to another level.” 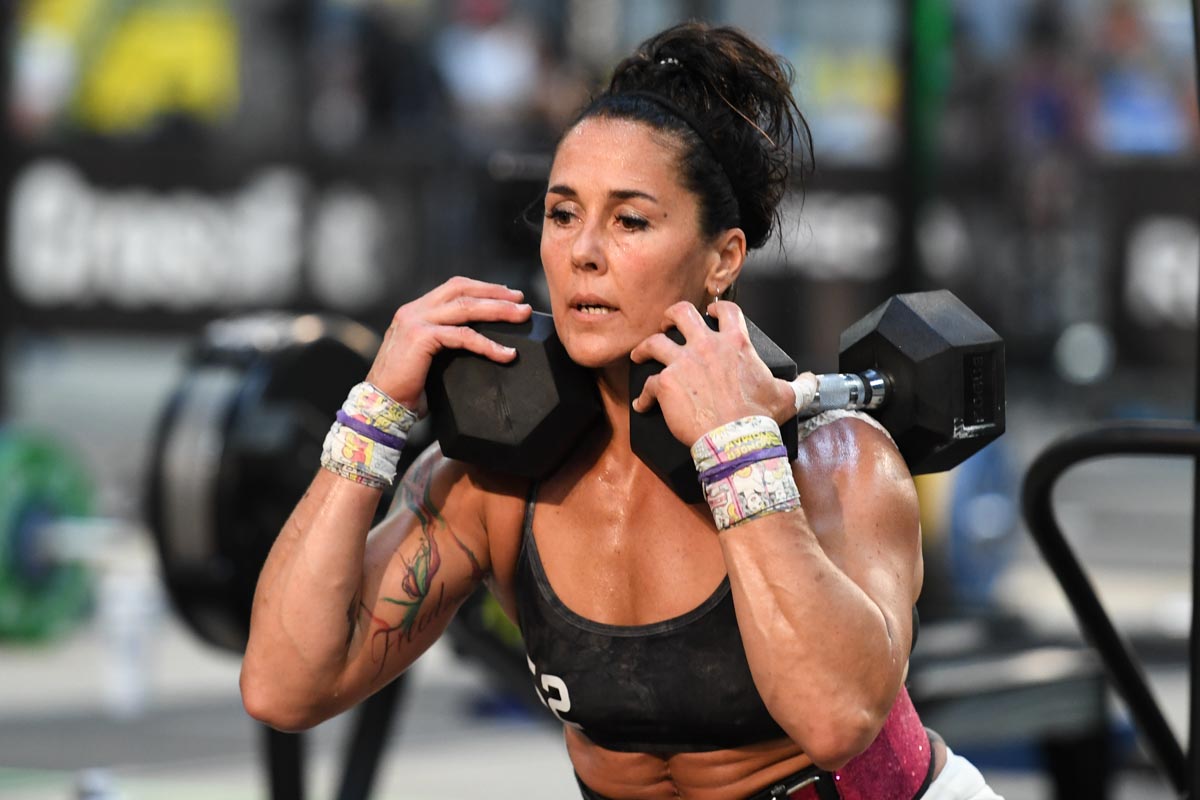 Her recent abdominal surgery led her to spend more time strengthening her core—an activity she had neglected before. Now she’s lifting more—she PR’d her split jerk during competition on Friday at about 205 lb.—and has improved her gymnastics—she’s able to string together 10 ring muscle-ups for the first time since she started competing in CrossFit at the 2012 Australia Regional.

By sharing her struggles, Allen said she hopes to inspire other women to understand that the only limitations are the ones they place on themselves.

“That’s what I get to give back: hope,” she explained.

Allen added: “Everyone suffers. Everyone needs to feel hope. No matter what.”

As Ken Ogden failed muscle-up after muscle-up Saturday afternoon, he fought back tears.

Not because he was disappointed in his performance but because of what the emcee told the crowd: Ogden qualified for the Games despite fighting cancer. 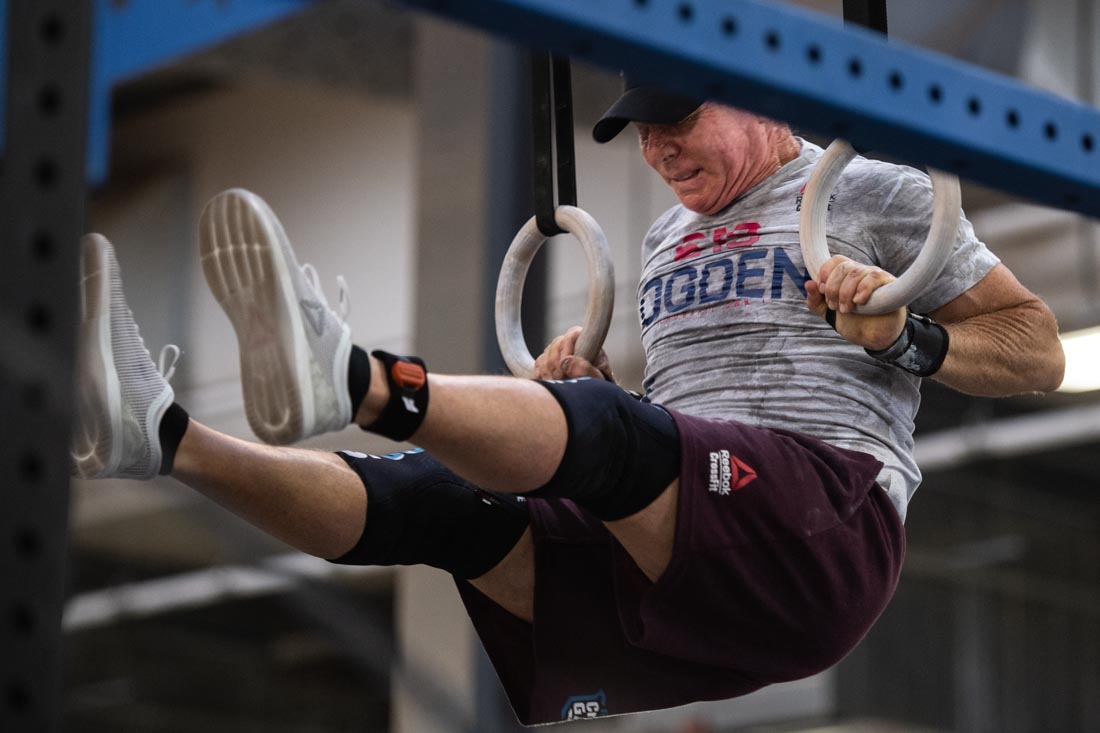 In late January, doctors diagnosed the 63-year-old with carcinoma. They offered two options: surgery or radiation treatment. Either would work, they said, but the latter would require less healing time. So, that’s what he chose.

Once a day for six weeks, he worked out at 9 a.m. at CrossFit Own It in West Melbourne, Florida, then stopped at the clinic for radiation treatment. Later in the day, he did a second workout.

“It just worked out really well,” he said. “I was working out twice a day. I didn’t notice if I was tired.”

Although initially a gut-wrenching diagnosis, the treatment was ultimately successful; Ogden’s cancer is gone. Just in time for his 64th birthday on Sunday—the final day of Games competition.

As for his failed muscle-ups, he admits they were frustrating but expressed confidence he would one day attain the movement.