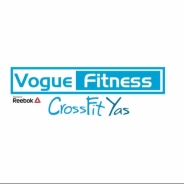 Team CrossFit Yas, of CrossFIt Yas in Abu Dhabi, United Arab Emirates, made its CrossFit Games debut in 2016 with a third-place finish and five top-five event finishes. Though it was the team’s rookie year, it had been ready to compete at the Games level since 2015, when the team was disqualified due to member ineligibility after taking second at the 2015 Meridian Regional. Though some of the team’s members felt pressure to compete as individuals in 2016—Jamie Greene won the worldwide CrossFit Open in 2016 in the women’s division—the team, which tied team OC3 Black for first in the 2016 Open, chose to stay together to redeem itself. Comprised of expatriates from England, Australia and New Zealand who moved to the UAE to coach at CrossFit Yas, all six team members were Games rookies in 2016.