In 2017, Neuromuscular adaptive athlete Letchen du Plessis woke up unable to walk. But on a warm July morning in Madison, Wisconsin, du Plessis found herself at the 2021 NOBULL CrossFit Games not only walking but lifting and squatting. However, on the first day, the entire Neuromuscular division was told they would be running 3 miles. Her condition and the brace she had been using to train didn't allow her to run. So, du Plessis hopped and skipped her way through the entire 3-mile route.

Fraser Allen, an avid CrossFit athlete and product manager at a medical and sports device manufacturing company called Thuasne, was watching the CrossFit Games recap footage online and came across du Plessis skipping. Allen knew he and the team at Thuasne needed to help. He immediately engaged his colleague Sean Adams, who was also confident they could work together to provide a brace for du Plessis that would suit her better for sport.

Within a month of the 2021 Games, du Plessis received a message over Instagram from Adams stating Thuasne's desire to provide du Plessis with a new brace. Once du Plessis gave the initial go ahead, Adams began coordinating with du Plessis' orthosis specialist to understand her medical needs and make a cast of her leg to build the brace.

“It’s very, very critical for us to work with (du Plessis’ orthosis specialist),” Allen stated. “We reached out to (her specialist), Pieter Duvenage. He was on board.”

Once the team at Thuasne had a more rounded view of du Plessis’ needs, Adams determined the Thuasne Sprystep Vector brace would be the best fit.

“(Adams) explained to me that running is basically like controlled falling. And the previous brace was …stopping my controlled fall ... so (the Sprystep Vector brace) 100% allows for ankle control, which I don't have, but it acts as your own ankle,” du Plessis said.

With Thuasne based out of the U.K. and du Plessis living in South Africa, the partners had to be locked in step to make the brace become a reality. Duvenage created a mold of du Plessis’ leg that was shipped to the U.K. for Thuasne to begin making the brace. To ensure the brace didn’t throw du Plessis out of alignment or cause more injury, when the first demo version arrived, du Plessis and her physician conducted a running analysis to make sure the fit was perfect and would not cause an unsteady gait. The goal was to make a first brace as swiftly as possible, with du Plessis receiving it in March of this year.

“Knowing that she was going to be beasting it in training, we wanted to make sure that if (the brace) failed, we were going to have time to remake it and improve it,” Adams remarked.

And what happened when du Plessis received her first brace was remarkable.

“First time, we absolutely smashed it. Again, I put that down to Peter's fantastic cast that he took and Tim, our chief designer, the godfather of this Sprystep ... and yeah, she got on like a house on fire right from day one,” Adams said. 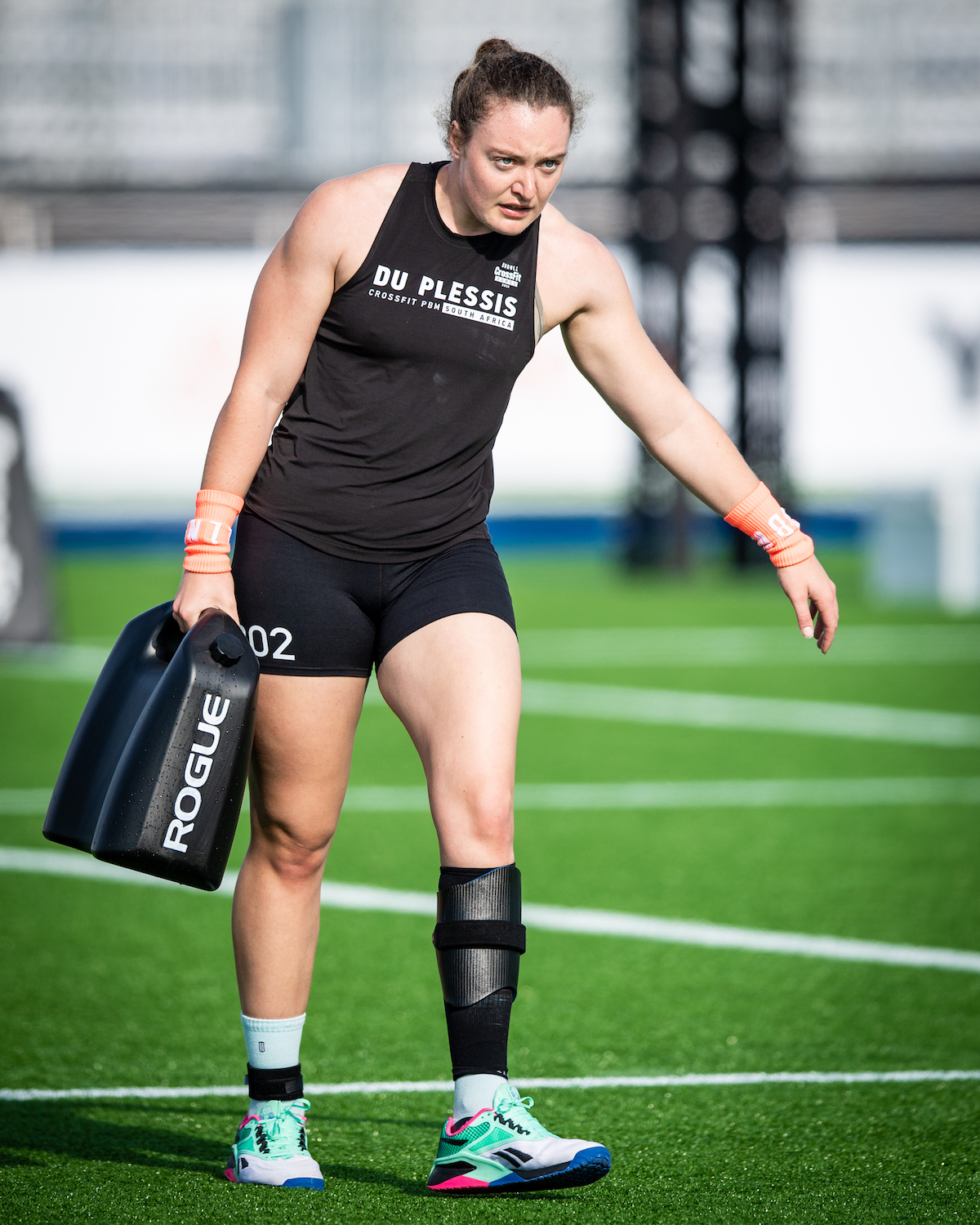 The moment du Plessis put the brace on, she knew it was a game changer, but to get used to the brace, she had to ramp up wearing it steadily. Du Plessis wore the brace for about 10 minutes the first day, and then over the course of a week, she worked up to being able to wear the brace full time.

Finally, du Plessis was able to do something she had not been able to do in years: run without crutches.

And not only could she run; she also felt an immediate difference in her non-dominant leg, squatting and lifting with more control. Because of du Plessis' condition, she does not have a lot of function in her quads and hamstrings, but this brace not only allowed her to run; it also allowed her to engage the additional muscles for the first time since her diagnosis.

“(The brace) literally acts like your own hip flexors and quads. So it looks like it's only controlling half of your lower leg, but it acts like a spring. … My other brace didn't allow for that, and this one ... the moment I step down, it propels me forward. Very cool. Wow,” du Plessis said.

At the 2022 NOBULL CrossFit Games, du Plessis felt a major difference, especially while running, and a long run showed up again in Event 1.

After a year of connecting with Adams and Allen online, du Plessis was also able to meet them in person when both men came to Madison, Wisconsin, to give her a second brace to have. 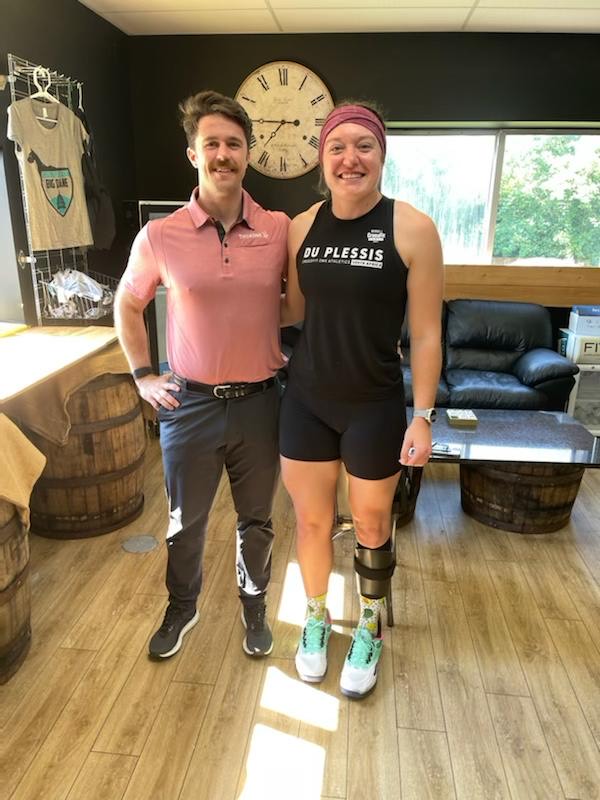 When asked about her hopes for the adaptive division going forward, du Plessis stated, “My hope is for people to … realize that it's not your disability stopping you but your mind most of the time. … We are out here crushing it, (and) you are also able to come out here and crush it too.”