Much like the individuals, the defending Affiliate Cup champion, CrossFit Mayhem Freedom, had its leader’s-jersey streak of 33 snapped away when CrossFit Oslo Navy Blue beat the team in the first event, Biker Bob. The last time Mayhem Freedom did not have the leader’s jersey at the end of an event was when the team stood in second place on the podium at the 2017 CrossFit Games.

Mayhem Freedom regained the lead after the second event, Pegs & P-Bars, but then lost it again when Oslo Navy Blue won the fourth event, Fast. At this point in the Games, Mayhem Freedom — with arguably its strongest roster ever — had not won an event. The last time the team experienced this kind of adversity was in 2017, the only year Mayhem Freedom has not won the Affiliate Cup since Rich Froning Jr. has been captain. However, the slump proved only temporary after Mayhem Freedom proceeded to win the fifth event, Muscle Pig, and take back the lead. Not only that, the team won the final six events, setting the record for most consecutive team event wins at seven.

This year marked Mayhem Freedom’s sixth Affiliate Cup win (fourth consecutive), the most of all time — Ute CrossFit, which won in 2012 and 2013, has managed multiple victories.. Additionally, Mayhem Freedom expanded its all-time record of event wins to 36 and events in the leader’s jerseys to 60. As for points earned, Mayhem Freedom beat its own record from last year (95.2%), setting the new record at 95.6%.

Froning has been the only constant member of the seven Mayhem Freedom teams he’s competed on. As with Tia-Clair Toomey, there was talk of retirement swirling around Froning at the end of the 2022 Games — although no official announcement was made. And with his 35th birthday in 2023 comes a new avenue for dominance if he so chooses.. Potentially, Froning could go for another record, becoming the first individual, team, and age-group champion. Joining Froning on the team in 2022 were Andrea Nisler and Taylor Williamson, who were on the Mayhem Freedom championship team last year and who now hold three Games team medals apiece. New team member Samuel Cournoyer earned his first Games medal with the team in 2022. 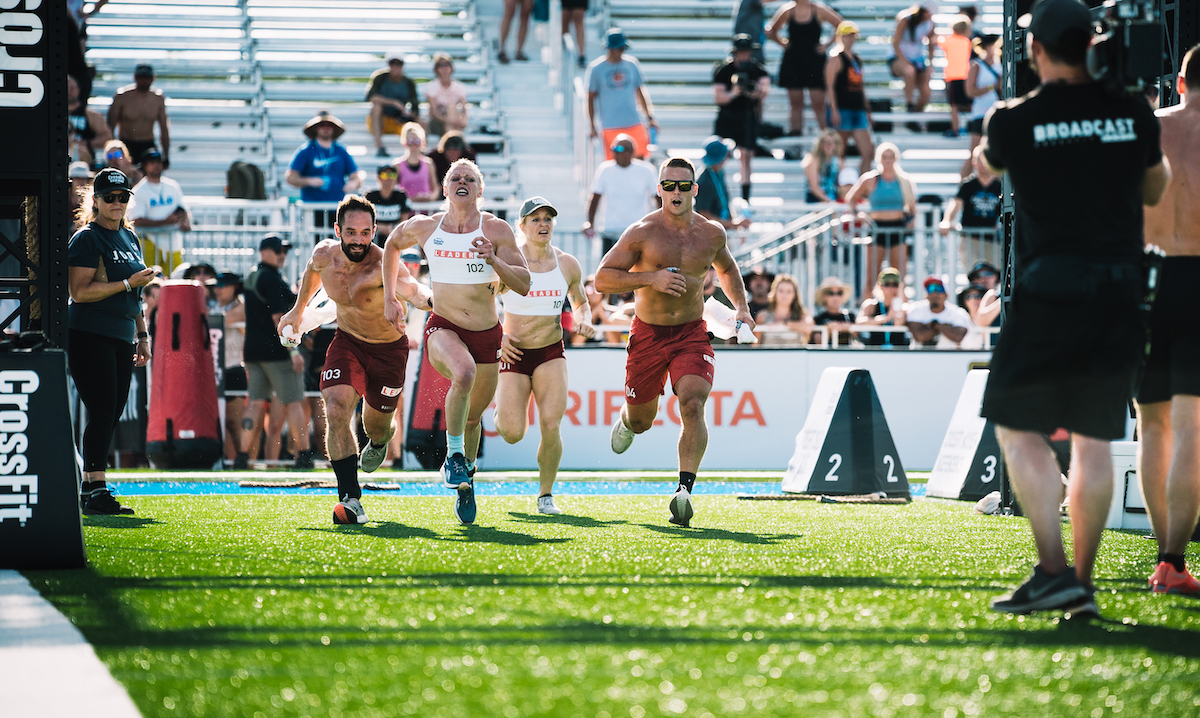 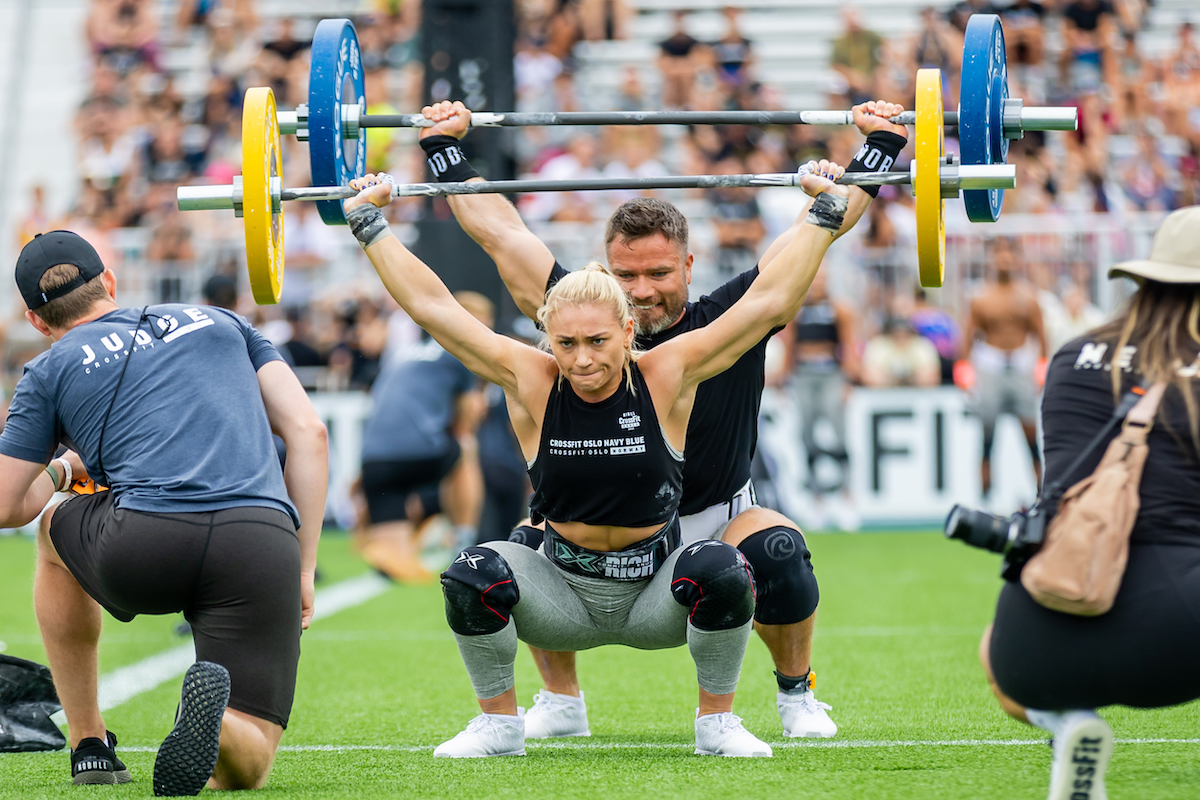 The legendary CrossFit Invictus — the only team to compete in all 13 CrossFit Games team competitions — took the bronze medal and earned its third podium appearance.

The team’s podium finish made Devyn Kim a new member of the multidivision (individual, team, age group) medal-winner club (now at 15 total). She is also the first athlete to win a medal in the teenage division and another division. The other three Invictus team members who earned their first Games medals were: Brittany Weiss, Joshua Al-Chamaa, and Jorge Fernandez. 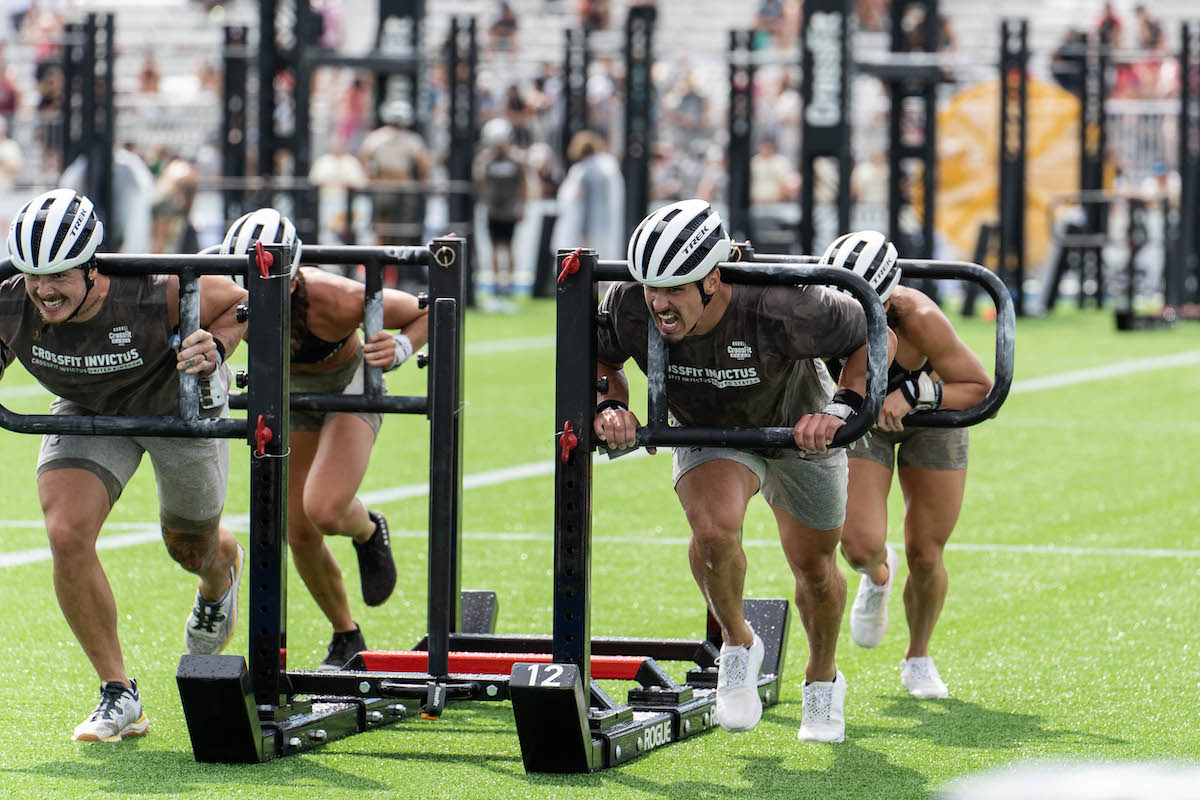 In January, right before the season started, Annie Thorisdottir surprised most of the CrossFit community by announcing she was going team and had formed a new super team at CrossFit Reykjavík with Lauren Fisher, Khan Porter, and Tola Morakinyo.

On paper, the crew had the most Games experience (27 total appearances across all divisions) of any other team competing in 2022 (one more than Mayhem Freedom and far more anyone else). It was clear the team was formed to take down Mayhem Freedom and bring the Affiliate Cup trophy overseas for the first time.

This would be Thorsidottir’s first foray into the team division during a Games season. She had competed head-to-head against Froning two separate times at the CrossFit Invitational on Team Europe (Froning competed on Team USA). Both times (2012 and 2014), Froning and Team USA came out on top. At the Semifinals this year in the common team workouts, Reykjavik beat Freedom in both events. Signs looked good on the outside going into the Games for Reykjavík to perhaps dethrone the three-time defending and five-time overall Affiliate Cup champion team. However, it did not turn out that way. Fisher came into the Games with a shoulder injury that hindered her performance in a couple of events — and when trying to beat Mayhem Freedom, teams can’t afford to have bad events. Reykjavík did fight back to a respectable fourth place from an early hole when the team landed in 17th place after two events. The question now is does Thorisdottir come back with the team in 2023, or does she make another run at individual and try to stop Toomey from takingher seventh consecutive title (assuming Toomey does not retire)? Remember, the last time Toomey was pushed really hard throughout a competition was last fall at the Rogue Invitational, where Thorisdottir and Toomey swapped the lead event after event until the final two, when Toomey ultimately pulled ahead and won. 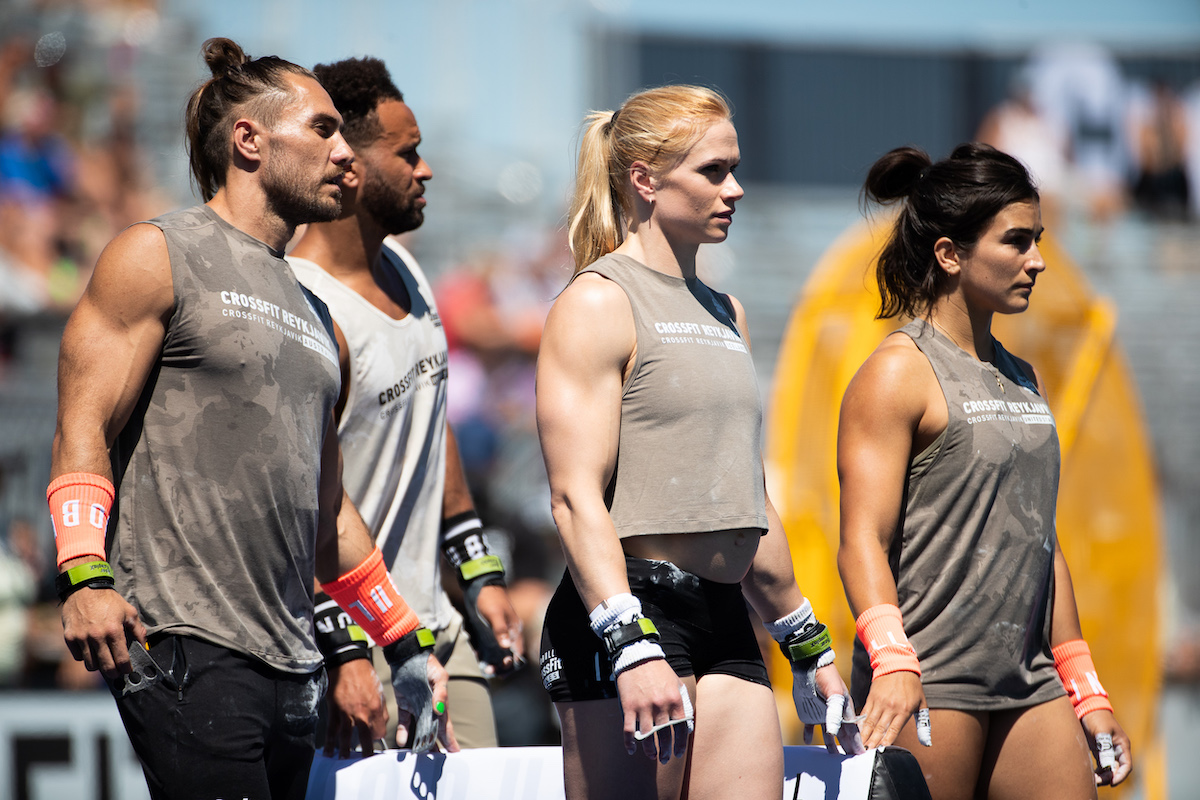 The 2021 Games saw a record number of eight international teams in the final top 10. Just Mayhem Freedom and i1uvit CrossFit were from the United States. In 2022, four of the top 10 teams were international: Oslo Navy Blue, Reykjavík, CrossFit Selwyn, and CrossFit Pro1. The three teams in both years’ top 10 were Mayhem Freedom, Oslo, and Pro1. Note that the CrossFit Selwyn New Zealand women Marnie Sykes and Madeline Shelling were on top-10 teams as well (they were on the Plus64 CrossFit team last year).

In the team Strong event, the top lifts were the following:

She made her return to the Games just over one year after having her first child.

He is also tied for the live CrossFit competition record for a clean and jerk at 387 lb and is second for the snatch with 337.3 lb.

His lift is the third-best front squat in live CrossFit competition.

The CrossFit Mayhem empire flexed its muscle, qualifying three teams to the Games — the first time that a single affiliate has done so. Joining Mayhem Freedom at the Games in 2022 were CrossFit Mayhem Independence and CrossFit Mayhem Justice, bringing the barn training atmosphere from Cookeville to the Games competition arenas. Independence (the more established of the two additional teams) had a good showing. However, the 2018 rendition of the team, with a completely different roster, was able to challenge the Freedom team more by beating it in four out of the 11 events, including two event wins for a fourth-place finish overall.. The 2022 team did not fare as well, beating Freedom in just one (Fast) of 11 team events with no events wins. Still, fifth overall was very respectable for Independence in the team’s second Games. Mayhem Justice was only able to best either of the senior Mayhem teams once when it beat Independence in Strong, coming in 26th place. For the rookie team and rookie team members, the 2022 Games were a learning experience.

With the uncertainty of Froning’s future comes uncertainty for the future of the CrossFit Mayhem Freedom team — would it retire as well if Froning does? Most likely, there will be a reshuffling of the Mayhem team rosters next season, along with a possible return of the affiliate’s South American team (and maybe some new teams). Where all the Mayhem chips fall will be on the minds of many come the start of next season — as well as what other super teams might emerge in 2023.