Adaptive athletes took the CrossFit Games competition grounds for the second time in 2022 with some very impressive results.

Most impressively, Acree swept all eight events. This has only happened one other time in Games history, when Susan Clarke won all seven events in the Women’s 60-64 division at the 2019 CrossFit Games. 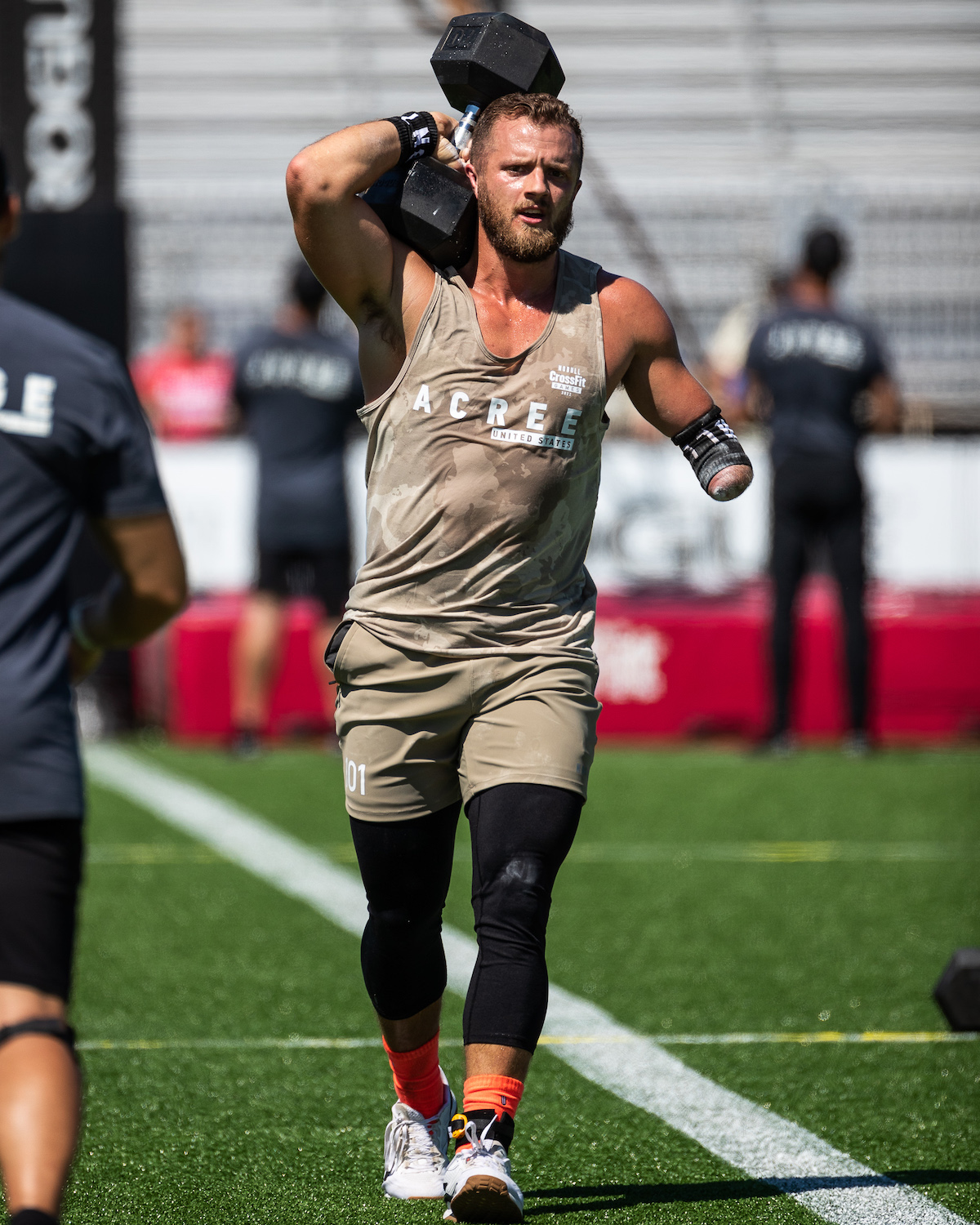 Other notable athletes who racked up several event wins include Cohen with six and rookie Camille Vigneault (Women Upper Extremityy) with four, which helped her win the division.

Not surprisingly, Acree has the adaptive event-win career lead with 14. Cohen is next with 12. Horchar is third overall with nine. And tied for fourth is Letchen du Plessis (Women Neuromuscular) and Ole Kristian Antonsen (Men Lower Extremity) with five.

The other two division champions, both in their rookie Games, are Charles Pienaar (Men Lower Extremity) and Morgan Johnson (Women Neuromuscular). 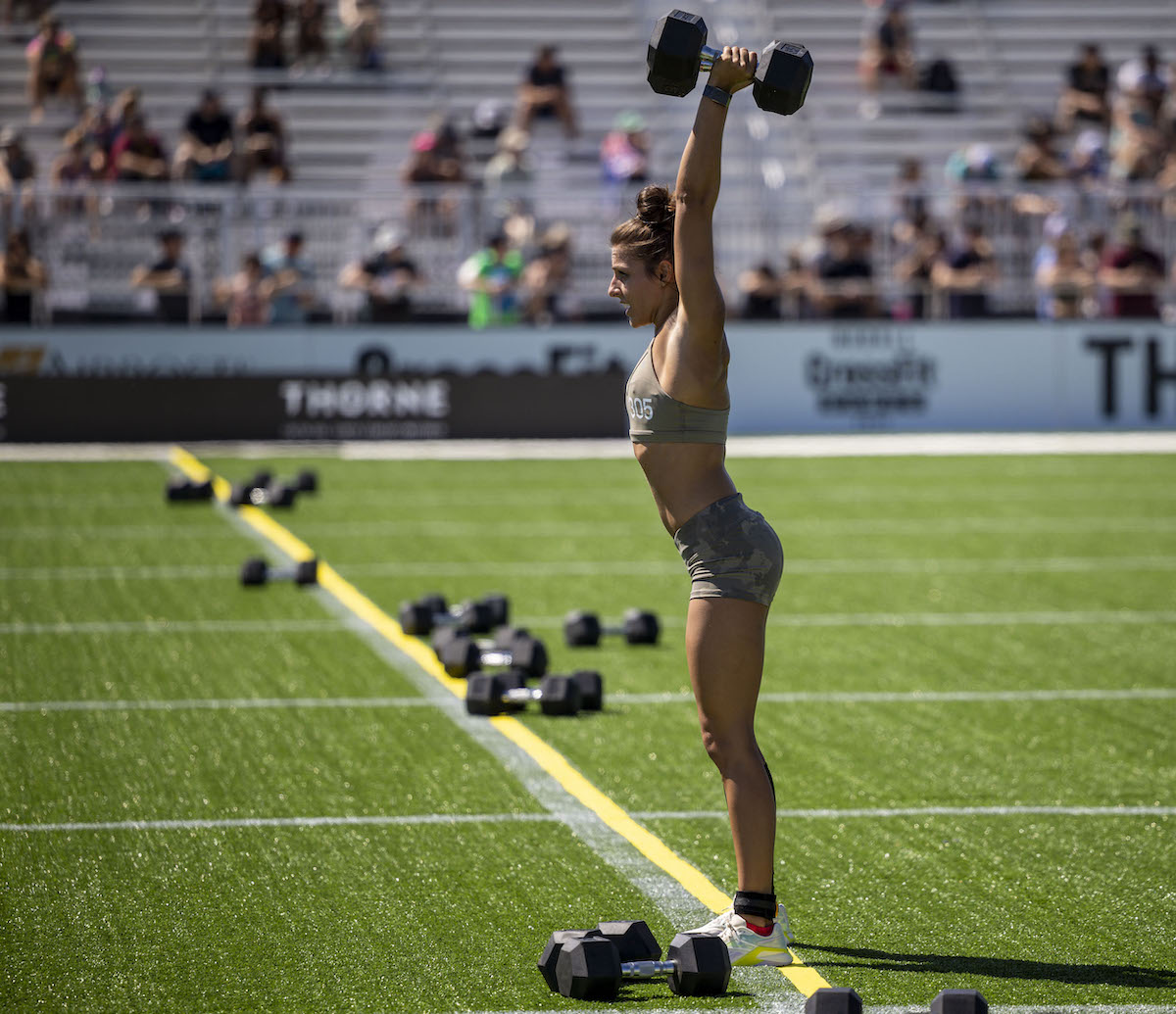 Sixteen-year-olds Olivia Kerstetter and Ty Jenkins repeated as champions in 2022. The two became the 14th and 15th athletes to ever win the Games in the first year they qualified in their respective divisions.

The most dominant performance for the teenagers in 2022 was put up by RJ Mestre (Boys 14-15), who won his division by taking first in seven of the eight events. The only time Mestre didn’t win was when he placed second in Skills Chipper. Mestre earned 98.8% of the possible points. It was a historic performance for the age-group division, beating the previous teen record of percentage of points, 98.2%, earned by Haley Adams (Girls 16-17). That year, Adams won nine of the 11 events — and she still holds the record for most age-group event wins in a single Games. Greg Walker (Men 60+) and Betsy Finley (Women 60+) hold the age-group record for points earned with 99.0% in 2011.

Additionally, Mestre and McGonigle were the only age-group athletes to sweep the 2022 Games season, winning the Open, Quarterfinals, Semifinals, and Games in their respective divisions. 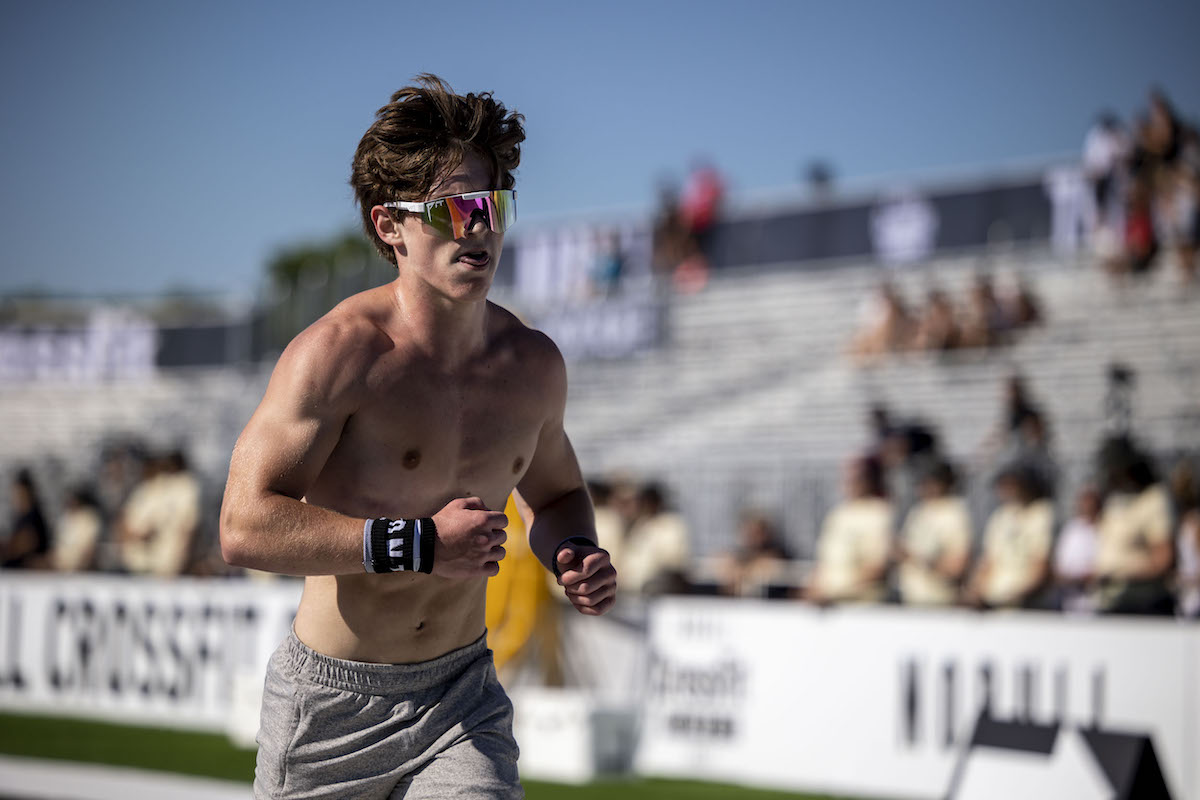 Sophia Shaft (Girls 16-17) earned her first podium spot, taking third. She was also just the seventh teenager to qualify for the Games in all four years of eligibility for the teenage divisions.

A theme from the 2022 Games season was the “Next Gen” athletes who have emerged mostly out of the teenage divisions. The 2022 Games had 15 former Games teen division athletes compete as either individuals or on a team. This is the same number of past Games teens to compete at the Games as individuals or team members from 2016 to 2021 combined. It’s safe to say, the teens are getting fitter.

Not only did the past Games teens qualify this year as individuals, half of the women’s individual top 10 were past Games teenage division athletes, including Mallory O’Brien, who took second. Just one former Games teen was in the top 10 on the men’s side (Guilherme Malheiros).

On the third-place CrossFit Invictus podium team was Devyn Kim, who was only one of two Games teenage athletes to compete in all four years of eligibility. CrossFit Mayhem Independence, which took fifth, had Angelo DiCicco, a former two-time Games teenage champion.

Another recent development that will most likely continue next season is teenagers bypassing their final year of teenage division eligibility to compete as individuals (all girls so far). In 2021, it was O’Brien and Cary. This year, it was Emma Lawson. The decision will be out there for Kerstetter and possibly others to attempt to qualify as individuals for the 2023 Games. 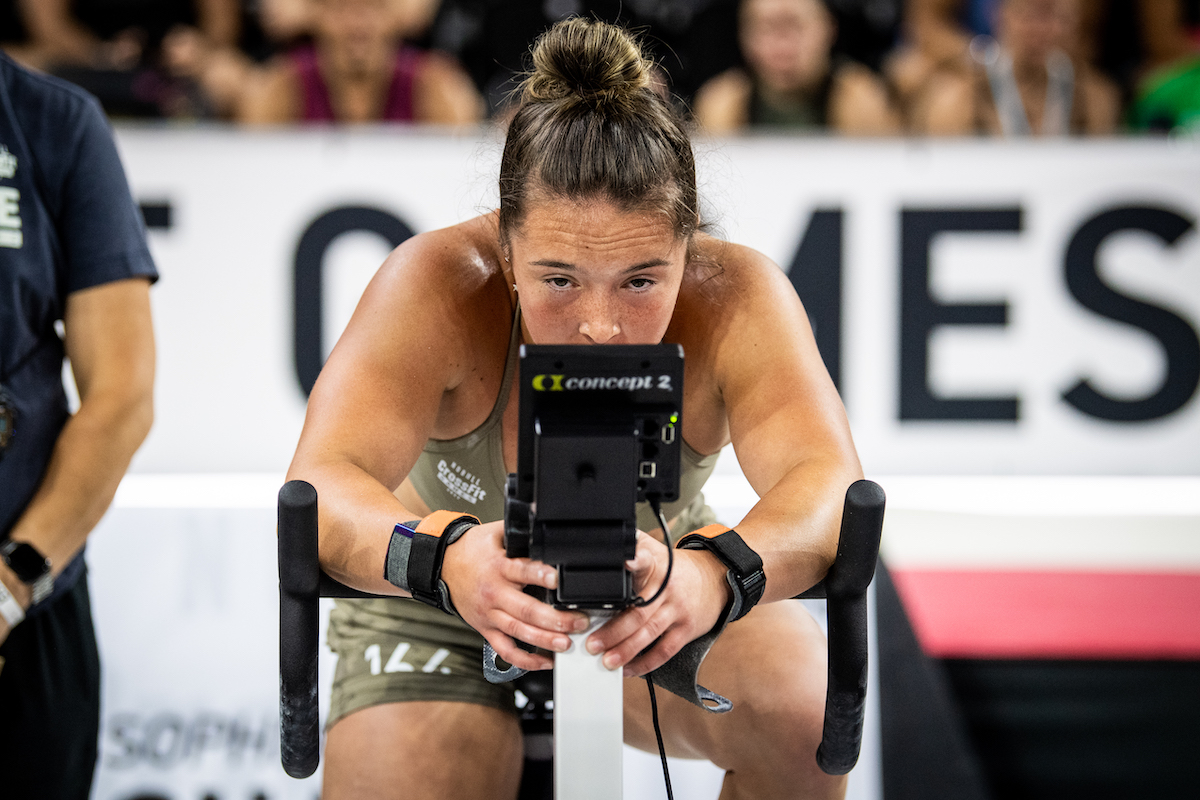 Mary Beth Prodromides (Women 60-64) has upped the ante in the debate forbest Games master of all time. She returned to the Games after three years away, during which she was healing from a shoulder injury. Not only did she return, but she also won her fifth gold medal, putting her in a tie with Susan Clarke for most masters gold medals of all time.

With the win, Prodromides also became just the second master to earn a championship in three different age divisions. The first was William Powell, who accomplished the feat last year. Additionally, Prodromides now has a total of seven CrossFit Games medals. Only two other athletes have more: Rich Froning Jr. with 12 and Tia-Clair Toomey with eight. Likewise, only two others have more gold medals than Prodromides: Froning with 10 and Toomey with six.

Next year could potentially be an epic showdown in the Women’s 60-64 division if both Prodromides and Clarke return to the Games. Clarke, two years older, will be 64 and entering the last year of division eligibility (only six total masters have won a championship in their final year). The two have only competed in the same division once before, in the 2017 Women’s 55-59 division. Clarke won that year with 736 points over Prodromides in second with 680 points. These two women are at the top of the list for best masters of all time: Prodromides with the most medals and five golds; Clarke with a perfect five-for-five record at the Games, untouched by any other athlete in any other division at the Games. Clarke holds the Games event-win record with 23, Prodromides is in a tie for second with 15. We will have to wait and see if this clash of masters titans unfolds next season. 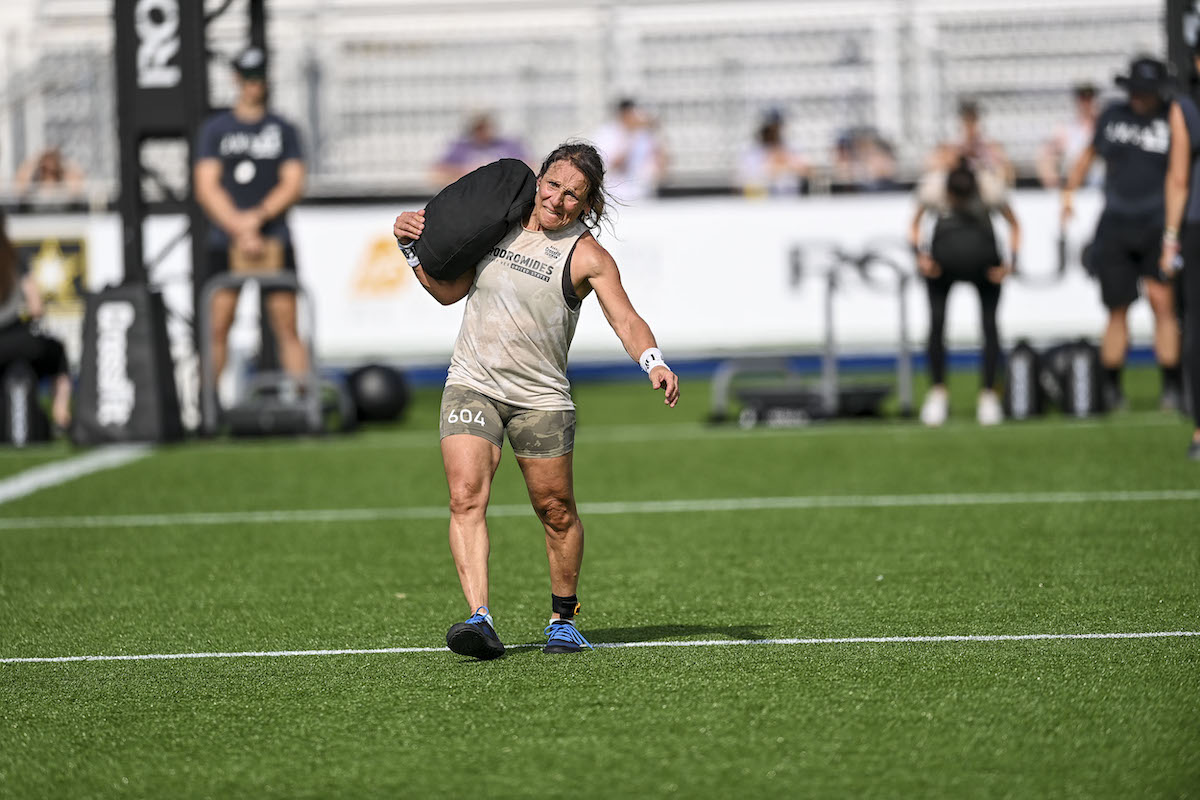 Kelly Friel (Women 40-44) — very similar to Grubb’s masters career — won her second consecutive masters championship (and fourth consecutive podium). Her two event wins gave her a total of seven for her career. What’s most significant about Friel’s win was that at 44 years old, she became just the sixth master to win a championship in their final year of division eligibility..

Shannon Aiken (Men 60-64) returned to the Games for the first time since 2018 to win his second championship and third medal in as many tries for his career.

Mike Kern (Men 45-49) came second for the third time in his career.

Also noteworthy for Cherrington are his six event wins, which moved his career total up to 10. Six wins ties him for second most in a single Games for masters along with Samantha Briggs and Neal Maddox, who both won six in 2018. Susan Clarke has the most for a single Games with seven event wins in her 2019 sweep. 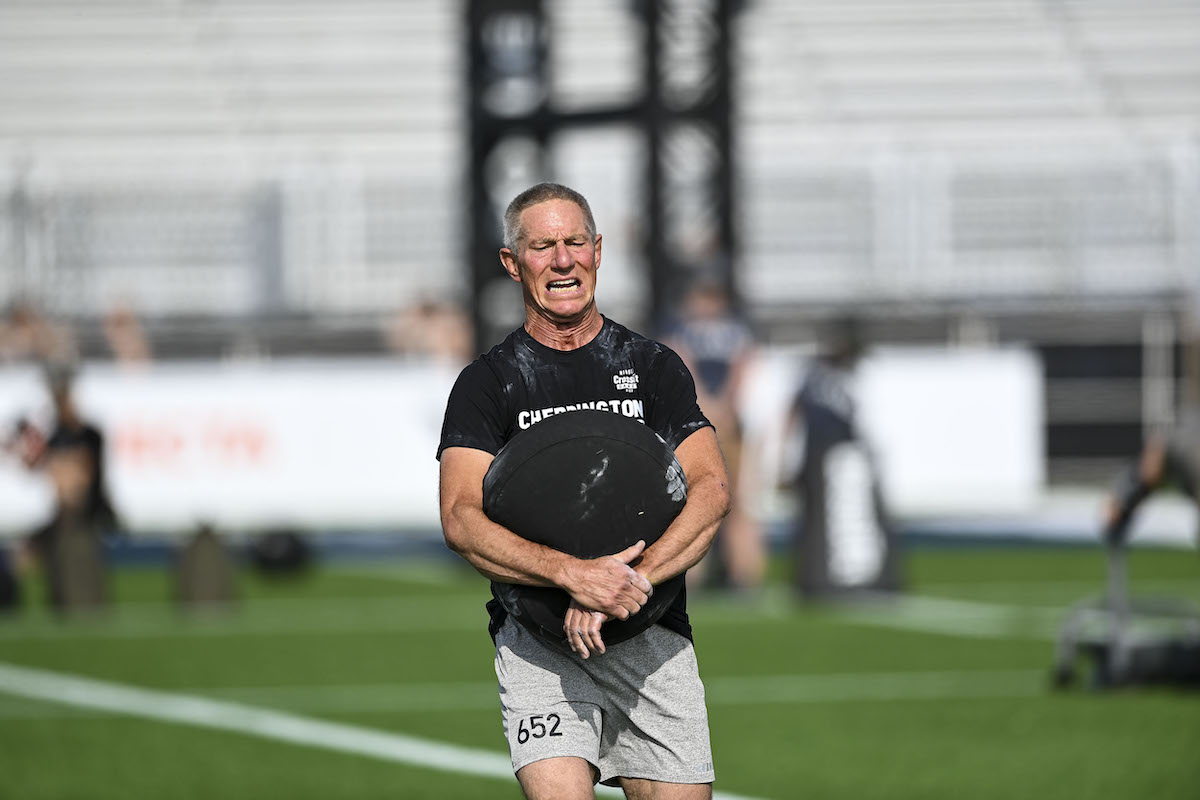 Conversely, these masters won medals in their rookie Games appearances this year:

The following masters medaled in their second Games appearances as masters this year: 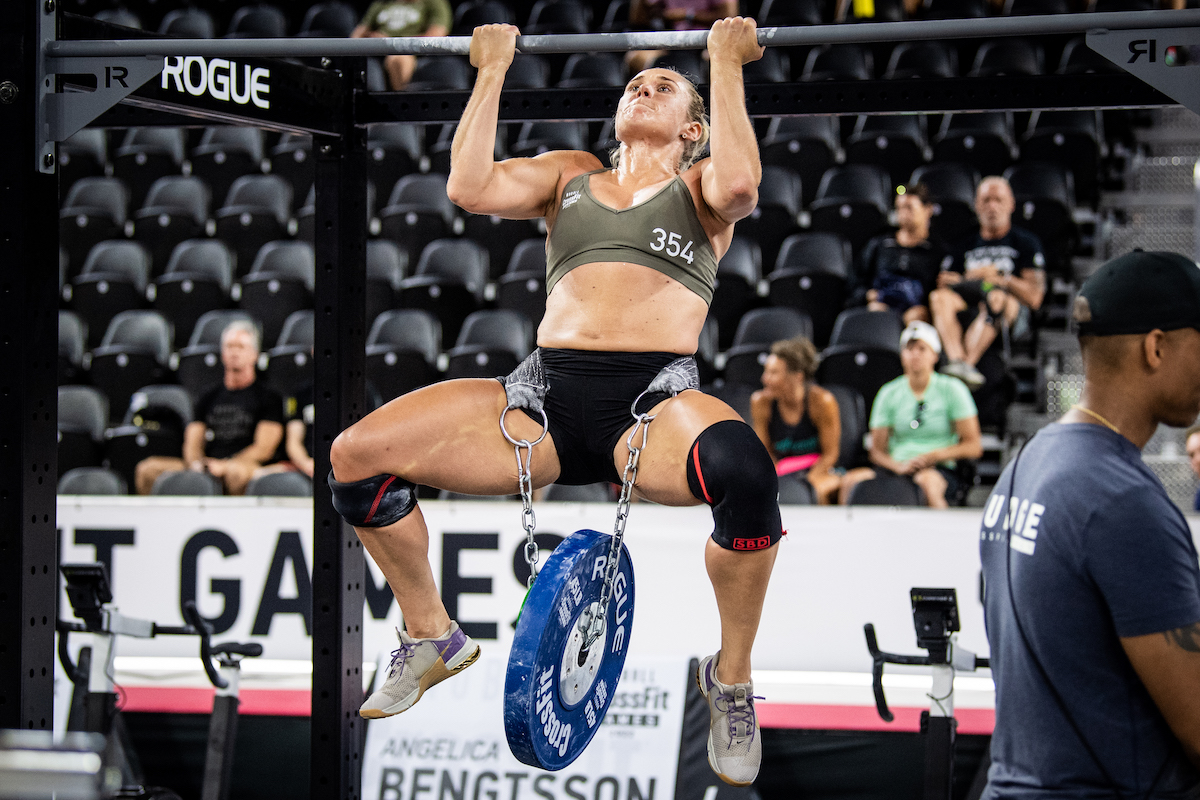 Half of the six United Kingdom masters women podiumed this year: Friel, Crawford, and Coates.

Cho, with her third place, is a new member of the multidivision (individual, team, age group) medal-winner club (now with 15 total) and the seventh athlete with a masters and team medal.

Lynne Knapman (60-64) kept her streak alive with 12 consecutive CrossFit Games appearances (every masters competition). She also qualified for the 2020 Games — which were canceled for age groups and teams — bringing her total number of Games qualifications to 13. Not only is Knapman consistent in making the Games, she is consistently in the top five —  including this year with her fifth place, for a total of nine career top-five finishes (which have also been consecutive), the most of any masters athlete.

Along the lines of Knapman’s accomplishment, there have been clusters of masters around the same ages who have competed against each other in the same age division multiple times.

The most prominent pairing is Knapman and Prodromides, who have competed against each other nine times starting back in 2011.

Meschishnick and Linda Elstun (Women 55-59) have competed against each other seven times (it would have been eight with the 2020 Games) starting back in 2012.

Karen McCadam and Jennifer Dieter (Women 45-49) have competed against each other six times ( itwould have been seven with the 2020 Games) starting back in 2015.

Knapman, Prodromides, and Downing have competed against each other six times starting back in 2012.

Knapman, Prodromides, Downing, and Yvonne Howard (Women 60-64) have competed against each other four times starting back in 2012.

Additionally, there were some notable reunions in some of the masters divisions this year. 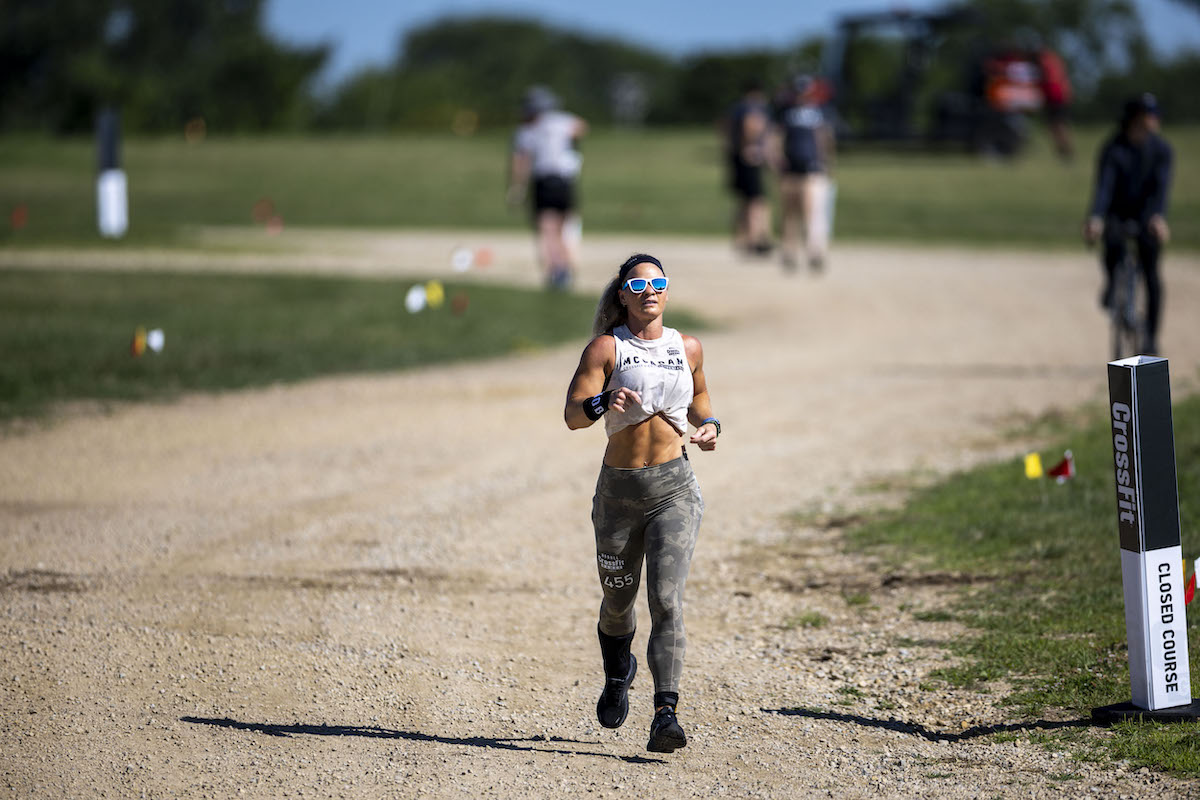 In the individual division, Ricky Garard drew attention with his return to competition following a four-year suspension due to use of performance-enhancing drugs (PEDs). But 2022 also saw a master’s return from suspension: