Athletes from around the globe gathered at the StubHub Center in Carson, California, on a hot July week in 2015 for the ninth annual CrossFit Games. That year, Katrin Davidsdottir and Ben Smith stood atop the podium as Fittest on Earth, with Mat Fraser and Tia-Clair Toomey in second place. Dan Bailey, Scott Panchik, and Samantha Briggs were all reaching the peak of their careers.

While all eyes were on the fan favorites in the individual division, the community was unexpecting of the youngsters making their Games debuts in the inaugural teen division — teens who would become some of the most admired CrossFit athletes in just a few years’ time.

2015 was a monumental year in the Sport of Fitness. A scaled division was introduced to the Open, the winners of every country from the Open were crowned national champions, and the first teen divisions were introduced, allowing hopeful young athletes the chance to compete on the big stage against their peers. The top 10 teens from each age group (14-15 and 16-17) automatically qualified for the 2015 CrossFit Games out of the Open.

Fifteen-year-old Angelo DiCicco and 16-year-old Alexis Raptis were among the first CrossFit Games teenagers. DiCicco became the Fittest on Earth in the Boys 14-15 division that year, with Raptis taking fourth place in the Girls 16-17 division. The following year, at the 2016 CrossFit Games, Haley Adams, 15, and Gabriela Migała, 17, entered the scene, both finishing within the top four in their respective divisions. 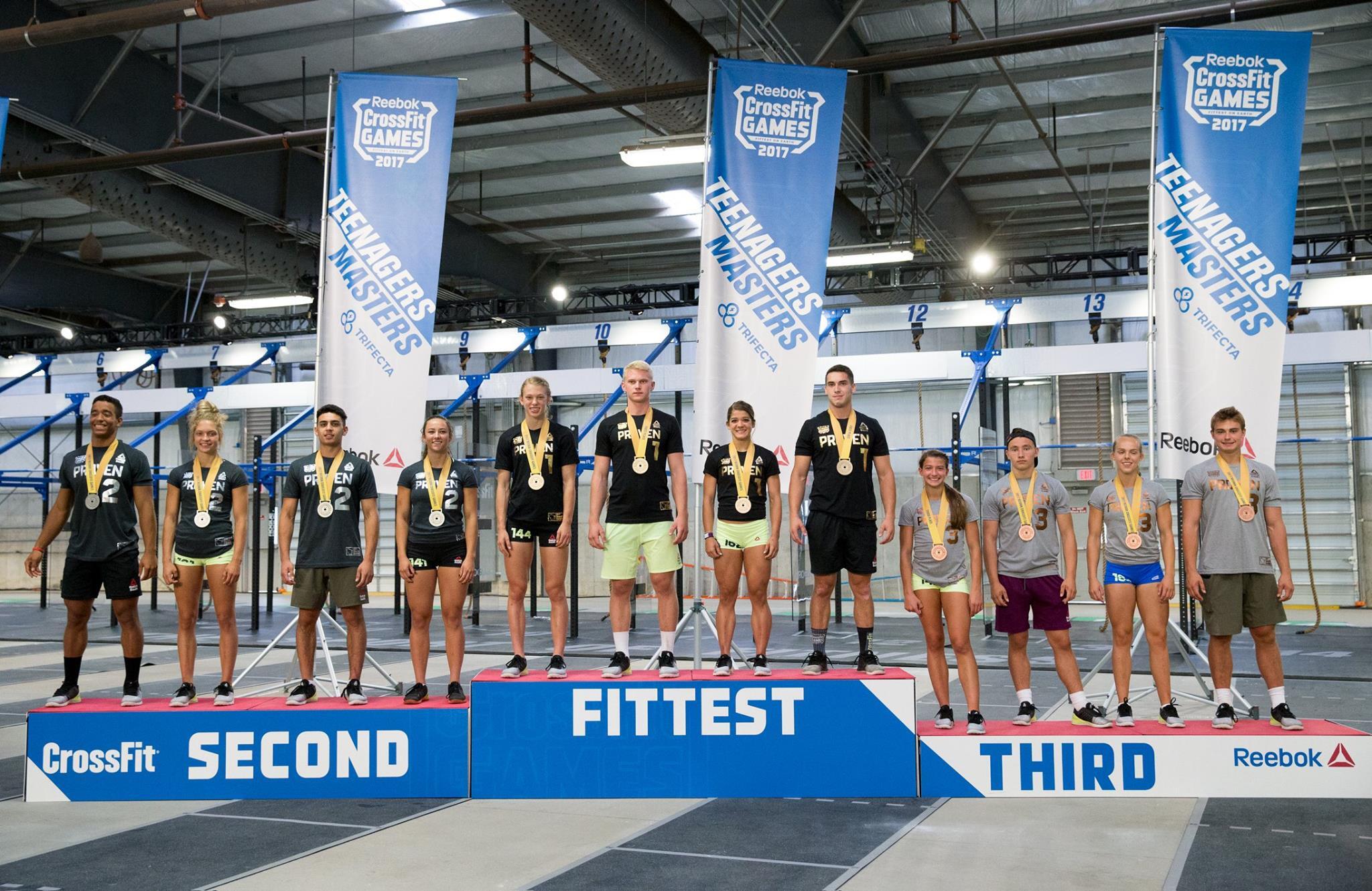 Make Room for the Next Generation

CrossFit has been around since these teens were born, and some had been doing CrossFit since they were toddlers. With the inclusion of the teen division at the CrossFit Games, these young athletes had the chance to begin competing in the sport while still in high school.

These pioneers of the teen division grew up in the CrossFit box, looking up to the torchbearers now starting to retire, allowing the next generation to become the new faces of the individual division.

“I actually kind of had this funny thought of like, hey, now I'm 22. And I never thought I'd still be this ingrained in competition. … So, this is something I'll definitely keep really close to me, for as long as I can do it,” Fuselier said. 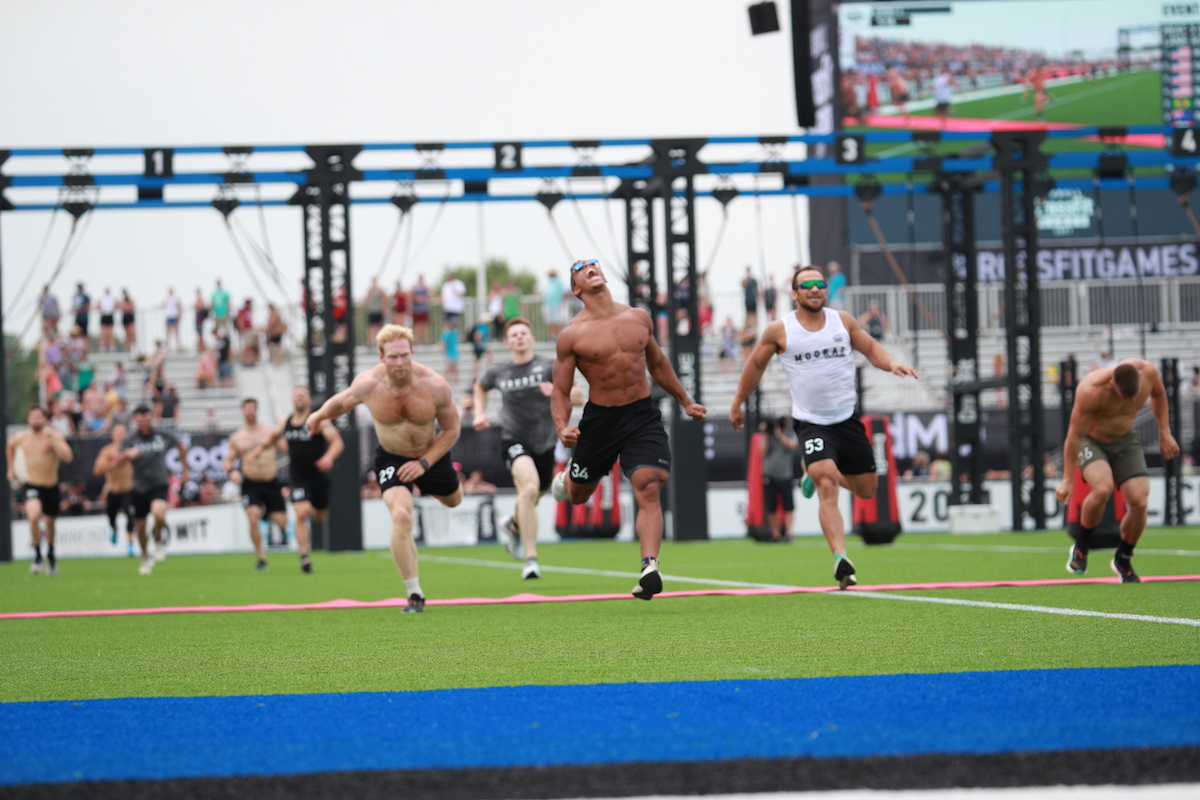 The First to Transition to Individual

At the 2018 CrossFit Games, 17-year-old Adams was in her last year of eligibility for the teen division and already showing signs of dominance. She won four of the six events, claiming the most dominant teen performance in CrossFit Games history. At 18 and fresh out the of teen division, she qualified for the 2019 CrossFit Games as an individual and took sixth place ahead of Games perennials Amanda Barnhart, Bethany Shadburne, and two-time champion Annie Thorisdottir.

Adams has qualified for every CrossFit Games since 2016. This year, the now 21-year-old took first place at the Syndicate Crown Semifinal, with her eyes set on a podium position at the 2022 NOBULL CrossFit Games. 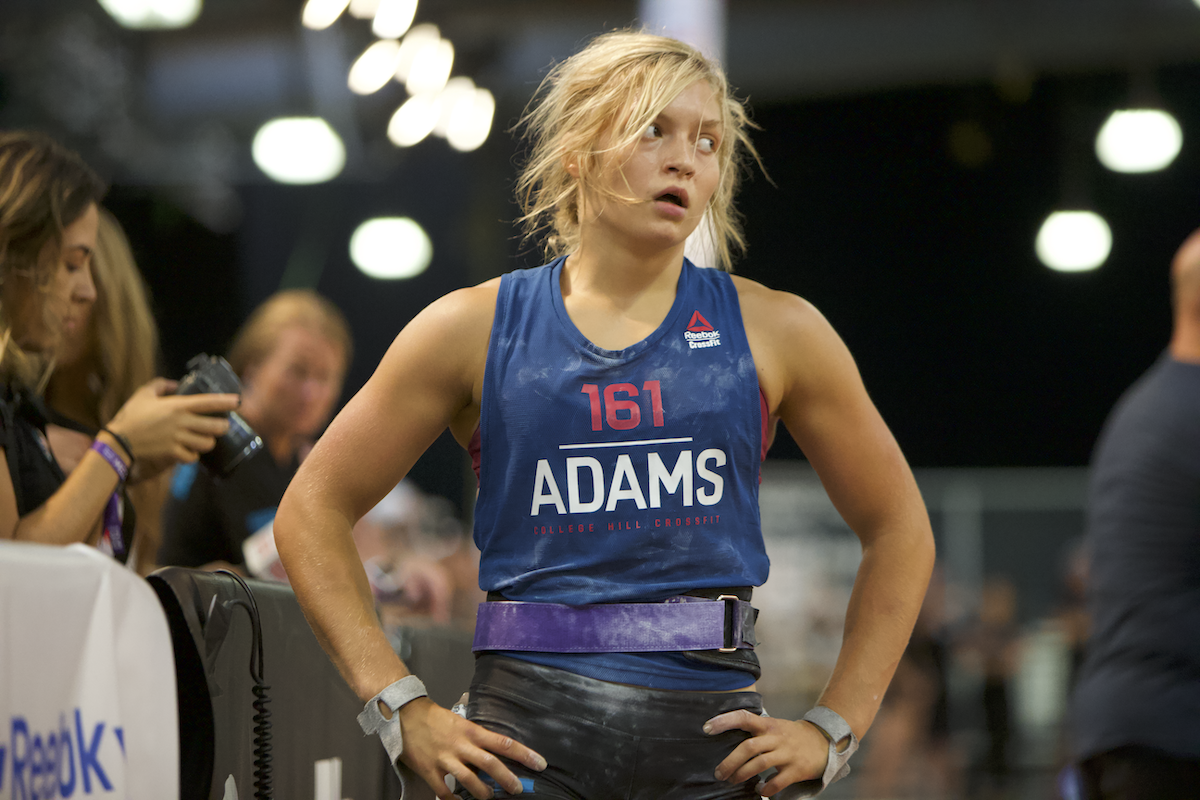 Haley Adams at the 2018 CrossFit Games | Photo by Alicia Anthony

Malheiros, now 20, has been on the scene since 2017, when he made his first CrossFit Games appearance in the Boys 16-17 division. He returned to the Games just two years later, making his individual debut at the age of 19 at the 2019 CrossFit Games.

In 2021, Malheiros rose to the top of the individual division, finishing in seventh place.

This year, he started the season strong with a first-place Open finish in Brazil and gold at the Copa Sur Semifinal. 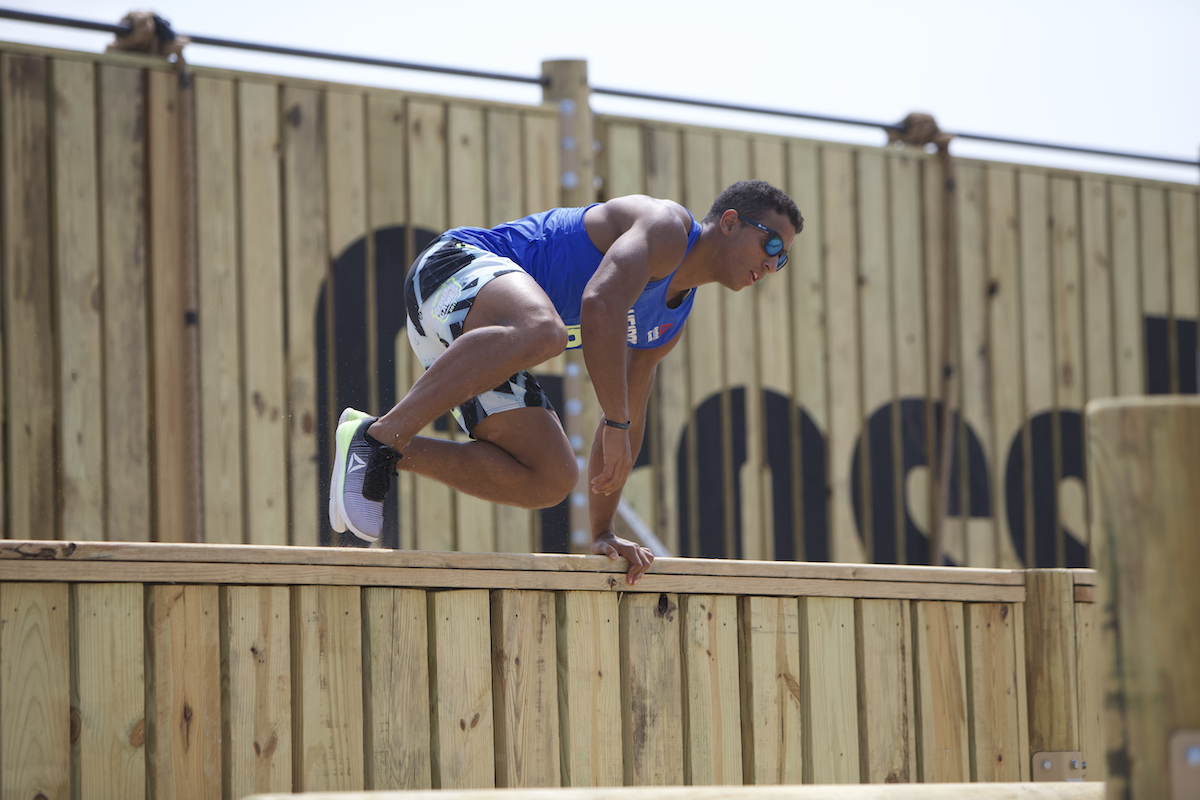 Gui Malheiros at the 2017 CrossFit Games | Photo by Alicia Anthony

Gabriela Migała’s first appearance at the CrossFit Games was in 2016 in the Girls 16-17 division. She was 17 at the time, so she only had one year before joining the fittest athletes in the world in the individual division. In just two years, Migała was back to the CrossFit Games, competing in the 2019, 2020, and 2021 as an individual.

This year, Migała won the Individual Quarterfinal and claimed the third podium spot at the CrossFit Lowlands Throwdown Semifinal. 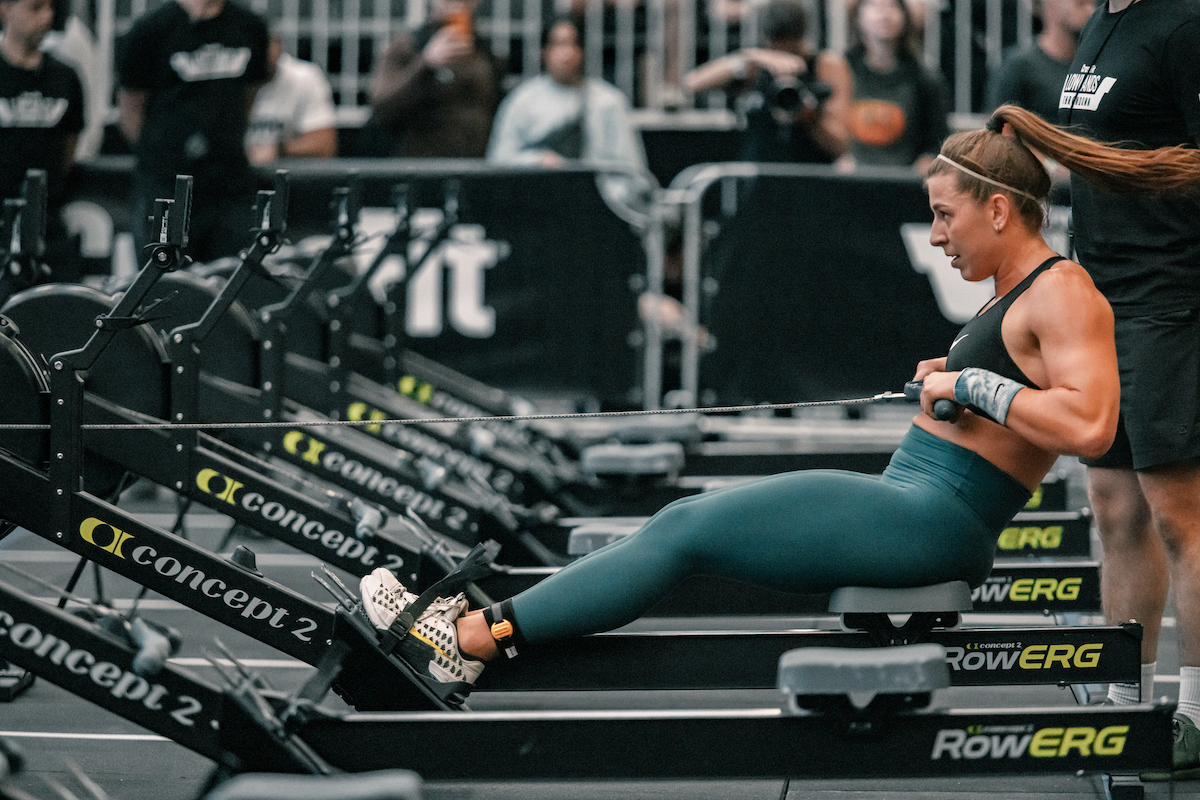 Alexis Raptis aged out of the teen division after the 2016 CrossFit Games and had been vying for a spot in the individual division since.

2021 was the turning point in her career, when she narrowly missed a ticket to the Games at the CrossFit West Coast Classic Semifinal. She was sent to the Last-Chance Qualifier, finishing in 11th place. Raptis didn’t let another heartbreaking loss happen again this year. She finished in second place at the 2022 Syndicate Crown Semifinal and will be stepping onto the big stage in Madison for the first time as an individual. 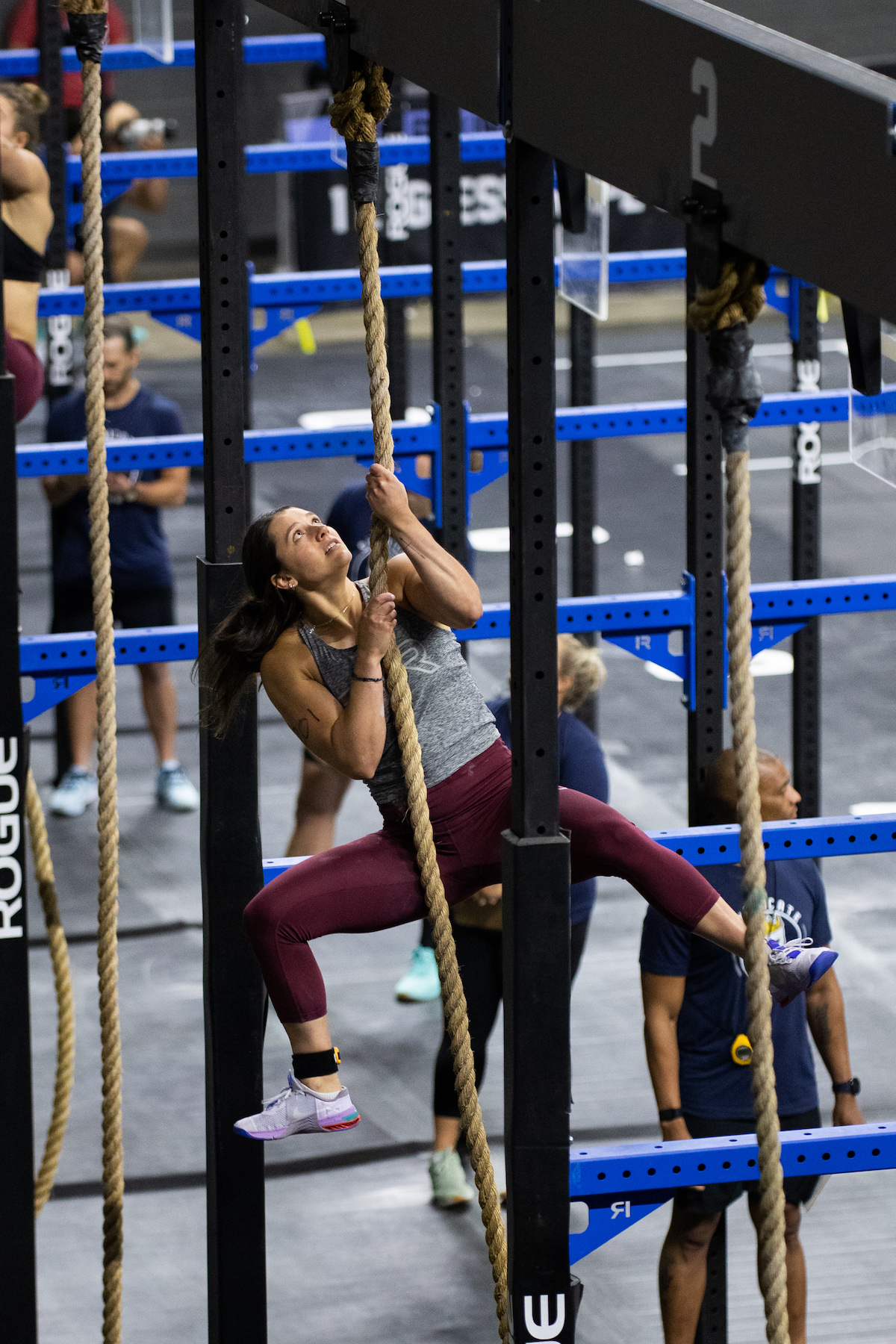 Angelo DiCicco started his career under the guidance of Rich Froning. He dominated the teen division, taking first place in the division’s debut in 2015, third in 2016, and another first-place finish during his last year of teen eligibility.

In 2018, DiCicco joined the CrossFit Mayhem team but had to withdraw after being diagnosed with degenerative disc disease. Three seasons passed before he was well enough to return to competition, deciding to take his chances in the individual division for the 2021 season. He took eighth in the Individual Quarterfinal and seventh at the Mid-Atlantic CrossFit Challenge, finishing out his season in 19th in the Last-Chance Qualifier.

This season, the 22-year-old returned to team competition, joining CrossFit Mayhem Independence, still under Froning’s guidance. The team took first place at the 2022 Mid-Atlantic CrossFit Challenge, earning DiCicco a return trip to the CrossFit Games for the first time since his teenage years.

Dallin Pepper has dominated the teen division since 2017, winning the Boys 14-15 division that year before aging up and winning the 16-17 division in 2018 and 2019. But when he entered the individual division, he faced a whole new pool of competition.

Starting at the bottom and working his way back up to the top, Pepper returned to the summit of his field for the first time last year. He narrowly missed a ticket to the 2021 CrossFit Games by one spot at the West Coast Classic but returned to Semifinals just one year later and took second place at the Mid-Atlantic CrossFit Challenge, earning his first CrossFit Games ticket since 2019.

“They're just regular people,” Pepper said of the individual athletes. “We're just all regular people. We just like exercising really fast. It's a great crew to be a part of, and I like to think of 14-year-old Dallin doing what would make him proud.” 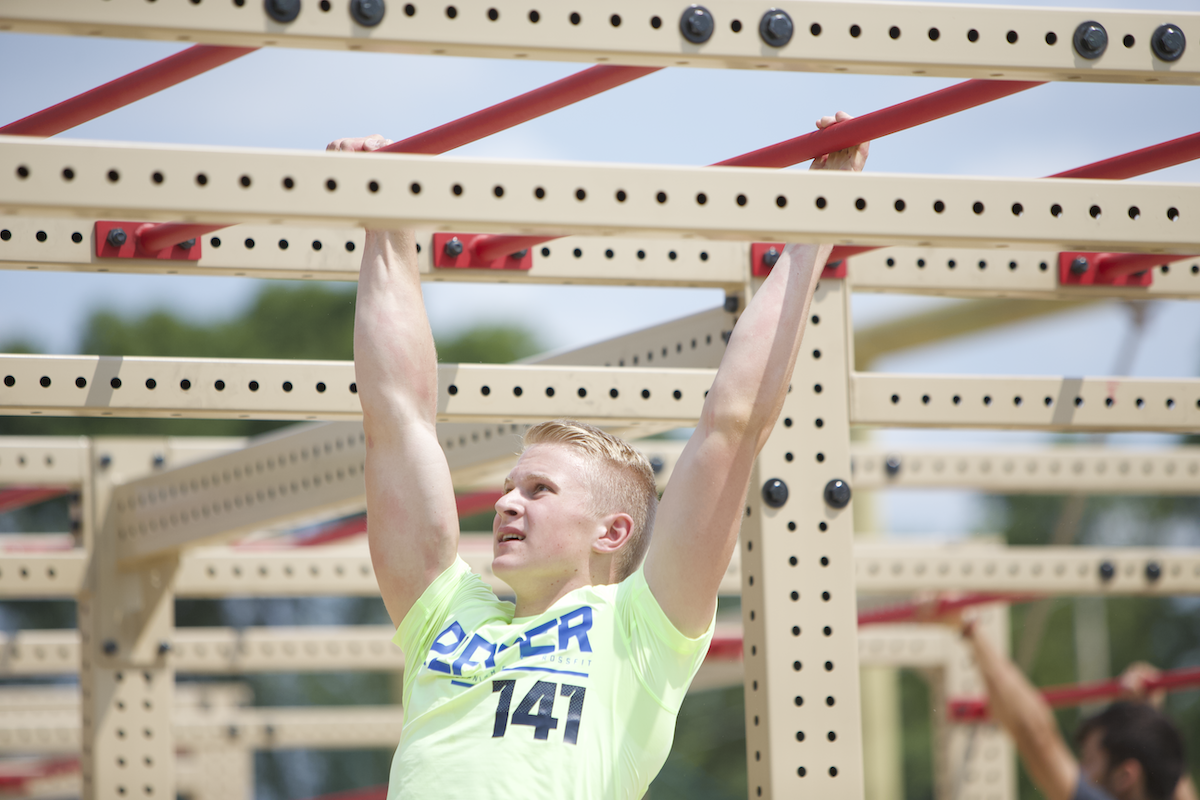 Dallin Pepper at the 2017 CrossFit Games | Photo by Alicia Anthony

Magda was already making strides in the individual division in his first year out of the teen division, qualifying for the 2021 CrossFit West Coast Classic Semifinal, where he finished in 21st.

With another year of training under his belt, Magda soared even higher on the men’s leaderboard, snatching the fourth ticket to the 2022 NOBULL CrossFit Games out of the Syndicate Crown Semifinal. Magda will be making his individual debut at the CrossFit Games this year. 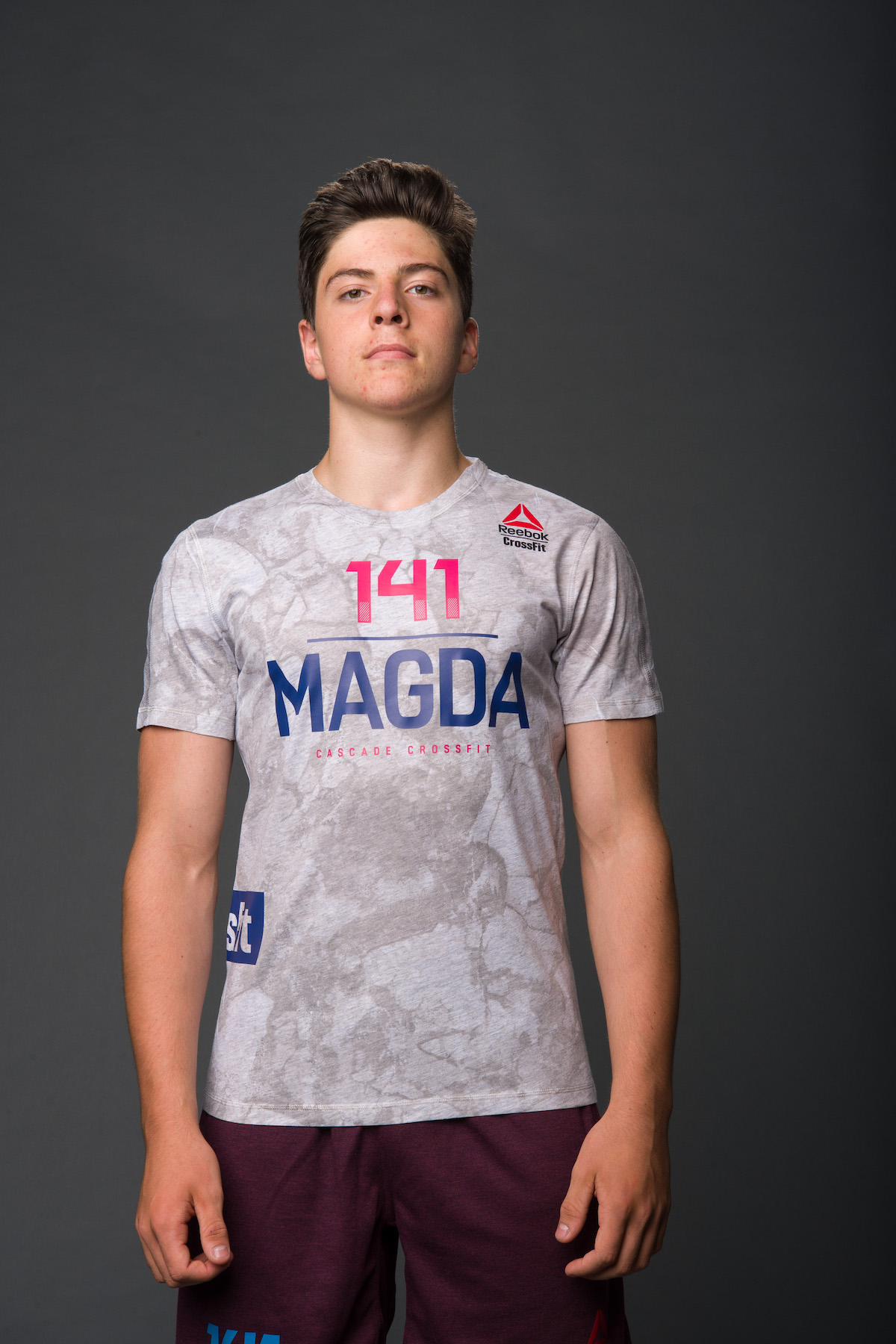 Tudor Magda at the 2018 CrossFit Games | Photo by Ruby Wolff

Rebecca Fuselier qualified for her first CrossFit Games in 2016 in the Girls 16-17 division, competing again in 2017. She’s been working her way back to the CrossFit Games in the individual division ever since.

Fuselier qualified for Semifinals last year, closing out her season in 12th at the 2021 Mid-Atlantic CrossFit Challenge.

This year, Fuselier once again qualified for the MACC, and after a dramatic finish to the weekend, the 22-year-old was awarded the fifth and final ticket to the 2022 NOBULL CrossFit Games by just one point over the sixth-place finisher. A long time coming, this will be the first time Fuselier will attend the CrossFit Games since 2017.

Read more about Rebecca Fuselier’s climb to the top here. 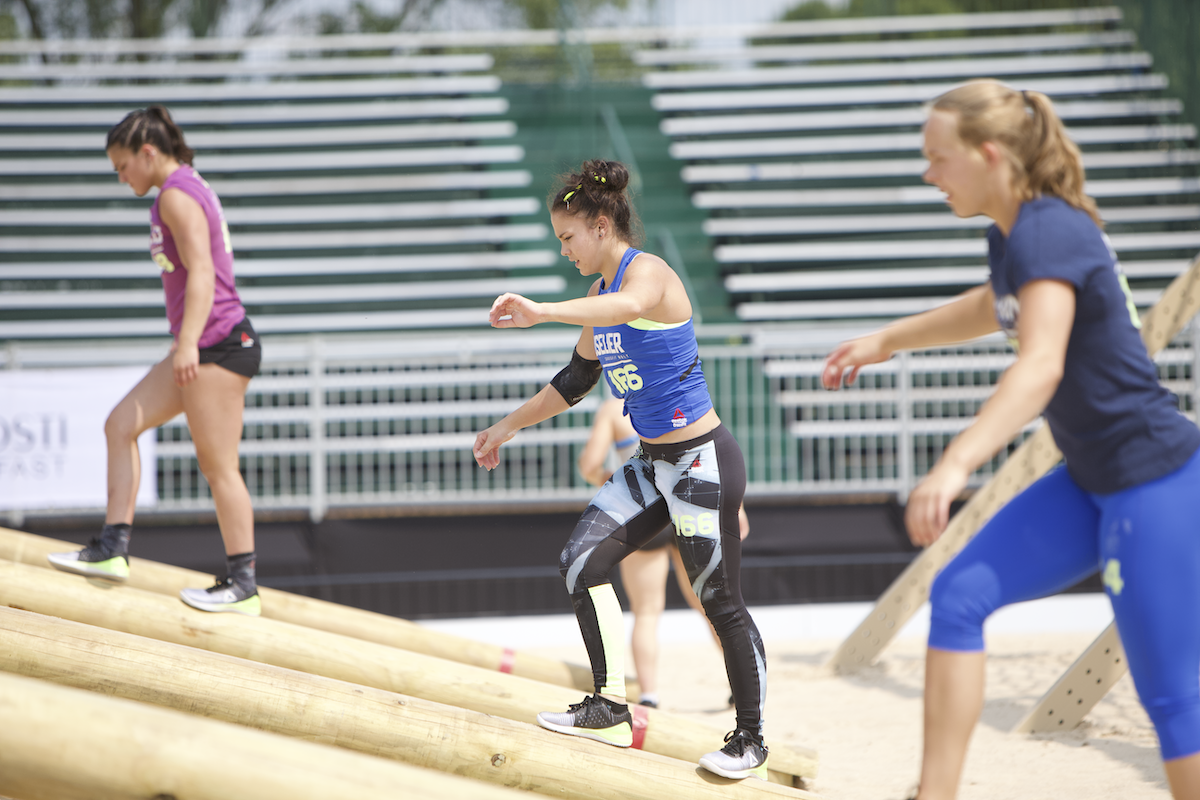 Rebecca Fuselier at the 2017 CrossFit Games | Photo by Alicia Anthony

The athletes to first appear at the inception of the teen divisions are establishing themselves among the elite, signifying a passing of the torch to the next generation of CrossFit Games stars.

These former teens have big shoes to fill, but with each generation comes even stronger athletes, making the individual division even harder to undertake with each year that passes.

Learn more about the changing of the guard in the 2021 CrossFit Games Documentary, "Fittest on Earth: Next Gen." Stream now on iTunes or Vimeo.