Say “CrossFit East Nashville” and most people think of the likes of Tia-Clair Toomey, Brooke Wells, and other members of the elite PRVN Fitness team who train there. An image of the bright orange pillars frequently seen in the background of Toomey’s YouTube videos and Wells’ Instagram posts comes to mind. But owners Caleb and Katie Gregory say that the affiliate was not initially created to be an elite powerhouse. March of 2021 transformed the gym’s community to what it is today: a rare blend of elite and everyday athletes bonded by the quest for fitness.

Caleb was one of the first few to discover the magic of CrossFit. He stumbled across it in 2005 while attending Middle Tennessee State University, training with his college friends throughout the remainder of his studies. Upon graduating in 2007, Caleb decided to open an affiliate to turn the new hobby into a career.

“I love CrossFit,” he said. “(After college) I needed to find work and a job to do … so I opened an affiliate.”

CrossFit Cherokee Health & Fitness (CHF) was one of the first two CrossFit gyms in Tennessee. The other, CrossFit Chattanooga, affiliated on the exact same day.

Caleb met his wife, Katie, through CrossFit CHF and ran the gym for five years before stepping away from full-time ownership. Caleb wanted to change his career path, becoming a youth minister with Redeemer Church in Knoxville, Tennessee — although he still coached CrossFit part-time at CrossFit K-town, whose team he also joined for Regionals in 2012, 2013, and 2014. In 2015, he moved to Nashville after taking a job at Christ Presbyterian Church. But Caleb began to miss changing lives through CrossFit.

Just two years later in 2017, Caleb and Katie returned to full-time gym ownership and opened another affiliate in Tennessee, CrossFit East Nashville. The 16,000-square-foot gym drew attention across the city, attracting people to its facility before it was even built.

CrossFit East Nashville opened its doors in November 2017 with the mission of helping everyone who stepped into their gym grow in strength, discipline, and community. Caleb and Katie wanted to help everyday people improve their quality of life through CrossFit. In 2017, CrossFit East Nashville had a little over 50 members. Now, the affiliate houses almost 300.

A New Home for the PRVN Fitness Team

In January 2021, Toomey and Orr moved to South Korea for three months to train for the 2022 Winter Olympics in bobsleigh, and upon returning to the U.S., moved into their new home and began training for the 2021 Open.

March of 2021 changed the atmosphere of the affiliate in all the best ways.

Brooke Wells, Will Moorad, Alex Smith, Saxon Panchik, and many other top athletes in the sport began to train at CrossFit East Nashville once the PRVN team established the gym as its training hub.

The team understood that the main focus of CrossFit East Nashville was to provide CrossFit for its members, and the staff at the gym knew that competitive CrossFit was the team’s livelihood, so both groups found a schedule to work with each other to make everything happen. The gym had enough space to accommodate both group class and the PRVN team, so the elite athletes would train in a different part of the gym, typically between group classes so they could avoid disrupting the members. A few times a year, the PRVN team members would jump into class with the members as well.

The PRVN team "had this training camp, and our gym was able to host it,” Caleb said. “And that became a really great fit for our gym because our members began to get really inspired and motivated by seeing the best in the world.”

While the PRVN team members were originally just looking for a space to house their program, what they got was much more: a relationship between elite and everyday athletes that is perhaps unparalleled in other sports or training environments.

Toomey, Orr, and the athletes of the PRVN team have bonded with Katie and Caleb and sparked conversations with the members as they pass between classes. These connections create a dynamic relationship between the elite and everyday CrossFit athlete that has become an integral part of the East Nashville affiliate.

“We never opened our gym to be on a map,” Caleb Gregory said. “It just kind of happened, which is really awesome. ... Now it’s a part of who East Nashville is.”

Having the PRVN team at CrossFit East Nashville has provided Caleb and Katie with an opportunity to expose their members to a whole new side of CrossFit.

For the first time, the majority of the members of CrossFit East Nashville were invested in the CrossFit Games season. Now that the members spend their days watching the PRVN athletes train and have created friendships with some of the biggest names in the sport, watching them compete throughout the Games season has become a more personal experience. These members aren’t just fans anymore. They’re watching their friends represent their own affiliate.

“You realize that they’re real people. They just happen to be really good at a thing you can go see on a really big scale,” Caleb said.

In March, the members had the opportunity to join the competition in the 2022 CrossFit Open. Seventy-seven athletes from CrossFit East Nashville participated, and 15 of those athletes continued on to the Quarterfinals.

“This is what I love about the CrossFit Open and Quarterfinals, you get to showcase your hard work amongst your own community,” Toomey said in an Instagram post.

When the athletes from PRVN, who had been training for over a year alongside them, competed in Semifinals, the members continued to show their support.

At any given moment, there were around 40 CrossFit East Nashville members in the stands cheering on the PRVN team at the Mid-Atlantic CrossFit Challenge and Syndicate Crown Semifinals. When Toomey was competing in Australia at the Torian Pro, the members of CrossFit East Nashville were glued to the livestream, sending Caleb and Katie screenshots of Toomey to say, “That’s our affiliate she is representing!”

“(The members) think it’s special to see their affiliate on the athlete’s shirts,” Katie said. 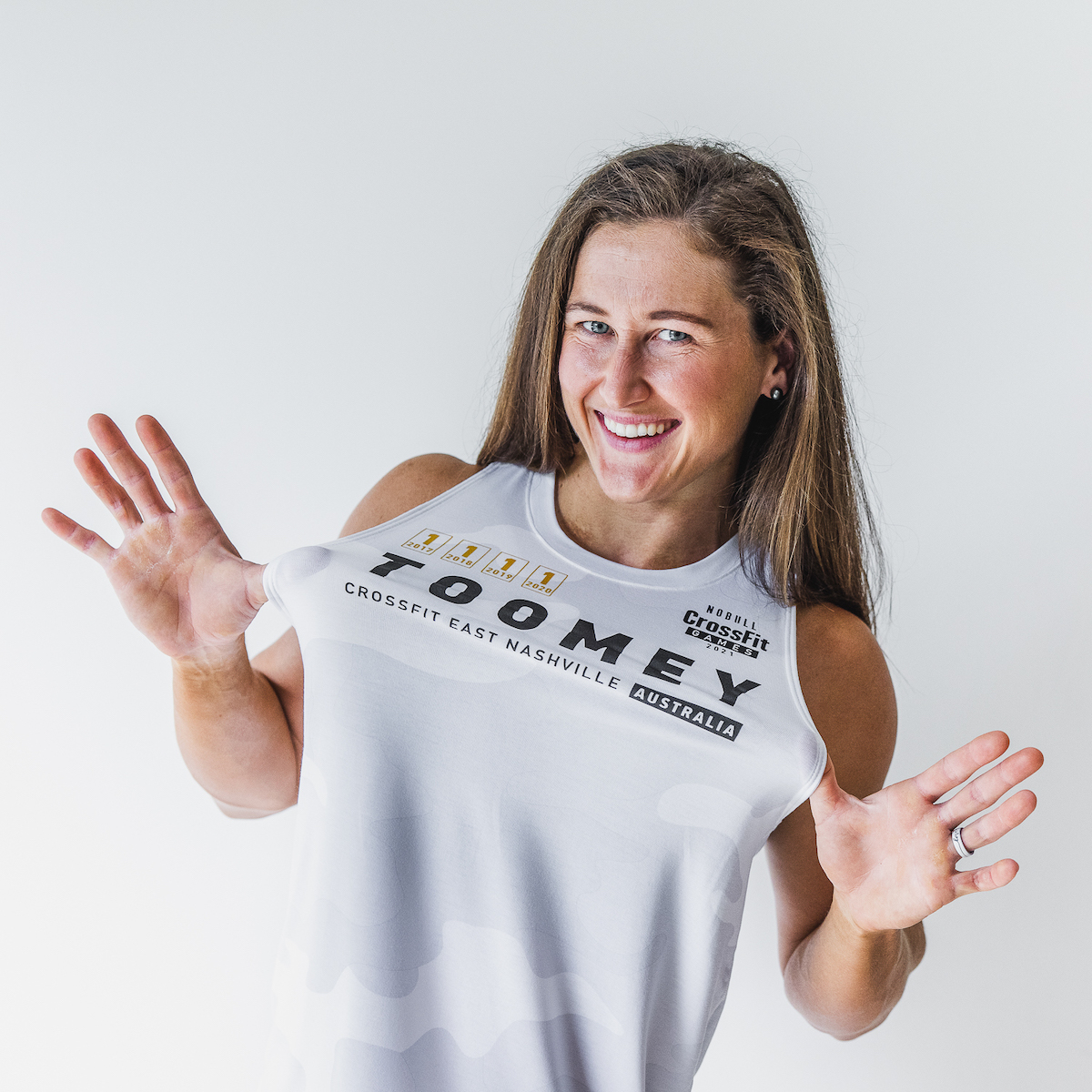 CrossFit East Nashville and the PRVN team bring two important sides of CrossFit together under one roof. The highest level of competitive CrossFit all comes back to the affiliate and the power of community.

“You truly get the full spectrum of fitness here. The fact that I can look around the gym and see people just starting their fitness journey, people training for the Open, and even elite Games athletes that get to ‘fitness’ for a living is nothing short of amazing,” CrossFit East Nashville member Garrek Jordan Thompson said.

“(Toomey and Orr) built a team, and (Tia) and Shane bust their butts to care for them, to train them, to mentor them, to set them up for a lot of success. And as a gym owner who does that on a scale for your members and athletes …  to see them do that on that scale for those who are competing at a high level at the Games … is so inspiring,” Caleb said.