One in three girls between the ages of 6 and 12 plays a sport. But by 14, girls are dropping out at twice the rate of boys. Why?

Annually, boys get 1.3 million more sports opportunities than girls. The absence of these opportunities, paired with social stigmas and a smaller pool of positive role models, contributes to the steady decline of girls participating in sport as they become older.

From the start, CrossFit has looked to transform the sports landscape with its emphasis on gender equity. Looking at the CrossFit Games alone, the same number of women are invited to the CrossFit Games as men. Women are awarded the same amount of prize money as their male counterparts. Women compete in the same types of events as the men. And women are breaking all-time records for both divisions.

Within affiliates, women have the opportunity to become gym owners and coaches. Women can pick up the same amount of weight — if not more — than men. And all are working out and getting fitter together side by side every day.

Sport is capable of breaking gender boundaries. It all starts with a conversation, so today, on National Girls and Women in Sports Day, let's start talking. 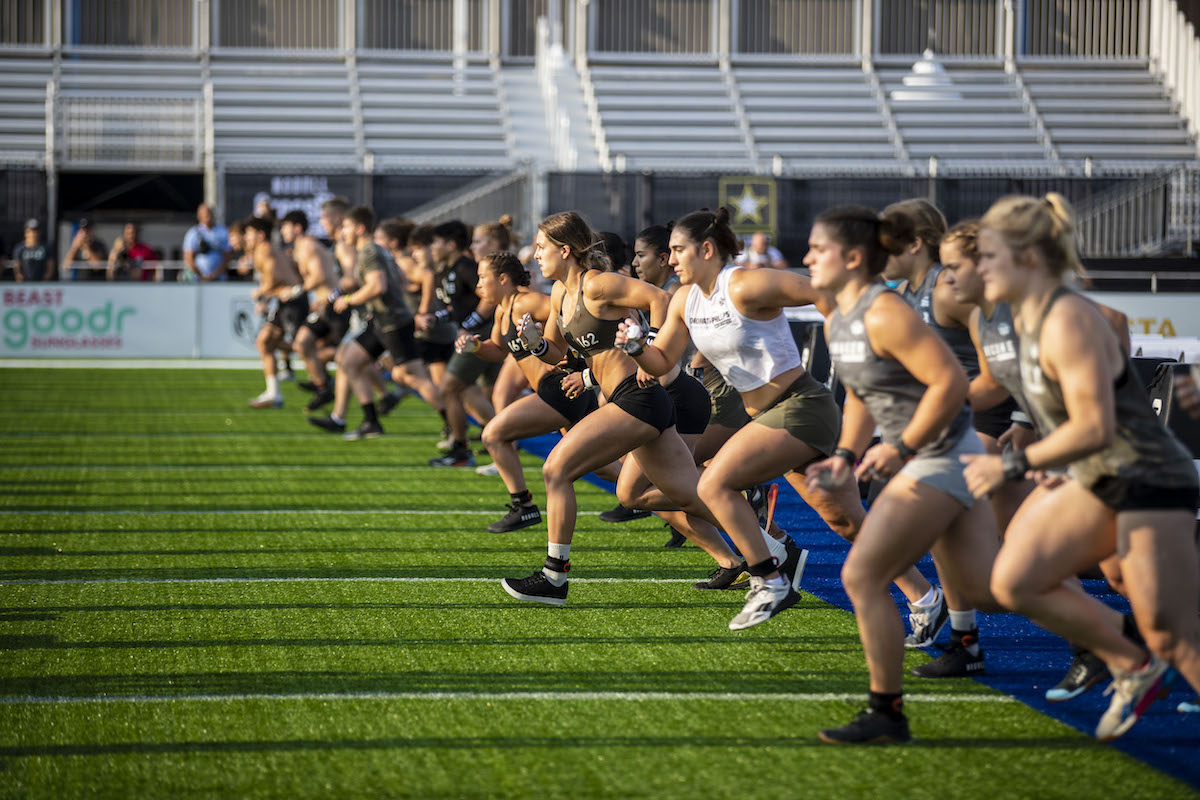 This year will mark the 50th anniversary of Title IX. Title IX is best known as an athletics law, but it’s also an equal-access-to-education law. At its core, it advocates for equality for girls and women in sports in educational settings.

Sports have closely mirrored society throughout the years. Back in 1972, only 15% of women participated in collegiate sports; now, women make up almost 45%. But, here are some sobering stats from Athlete Assessments that prove there is still a long way to go:

“If women stop advocating for equity, we will lose ground,” CrossFit’s Director of Sport Operations Heather Lawrence said. “So helping to keep the conversation in front of mind, the work that's gone into creating the equity we have now, which is still not perfect ... is allowing our daughters and our girls to experience sport and happiness. There are different types of sports they can play without prejudice. Additionally, it is allowing our sons and young boys to play (sports) with girls and grow up with an understanding of the capabilities that girls have.” 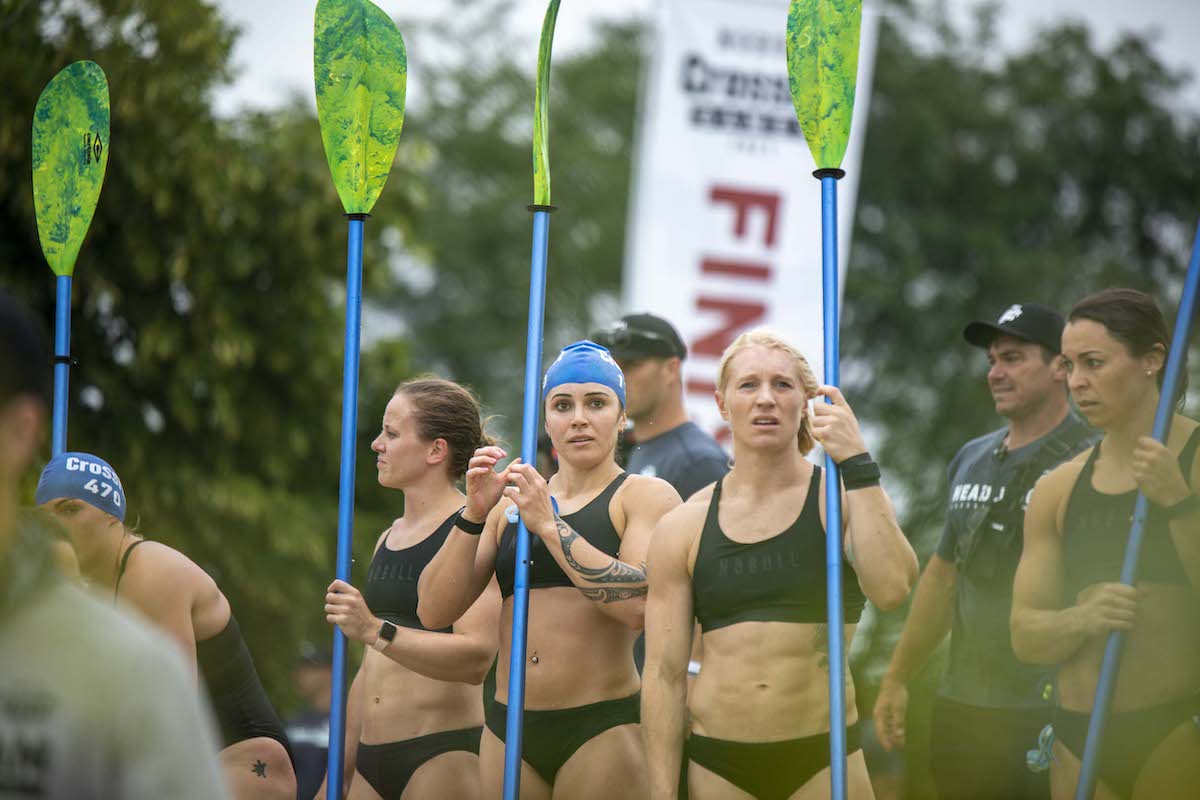 When you step into a CrossFit gym, whether for a kids class or an adult class, you will see women throwing barbells over their heads and walking on their hands. Women are climbing ropes and stringing together pull-ups. Women and men are working out together, cheering each other on, spotting each other's back squats. Girls who join a CrossFit kids class have the chance to grow up without separating by gender. Girls have the opportunity to discover physical capabilities they may not have developed outside the CrossFit gym setting.

In fact, fans never need worry about lack of viewership or ticket sales to women’s events in CrossFit. That’s because there is no women’s league in the Sport of Fitness. There’s just the CrossFit Games, where it’s not out of the ordinary to see a woman bring a full stadium of people to its feet. 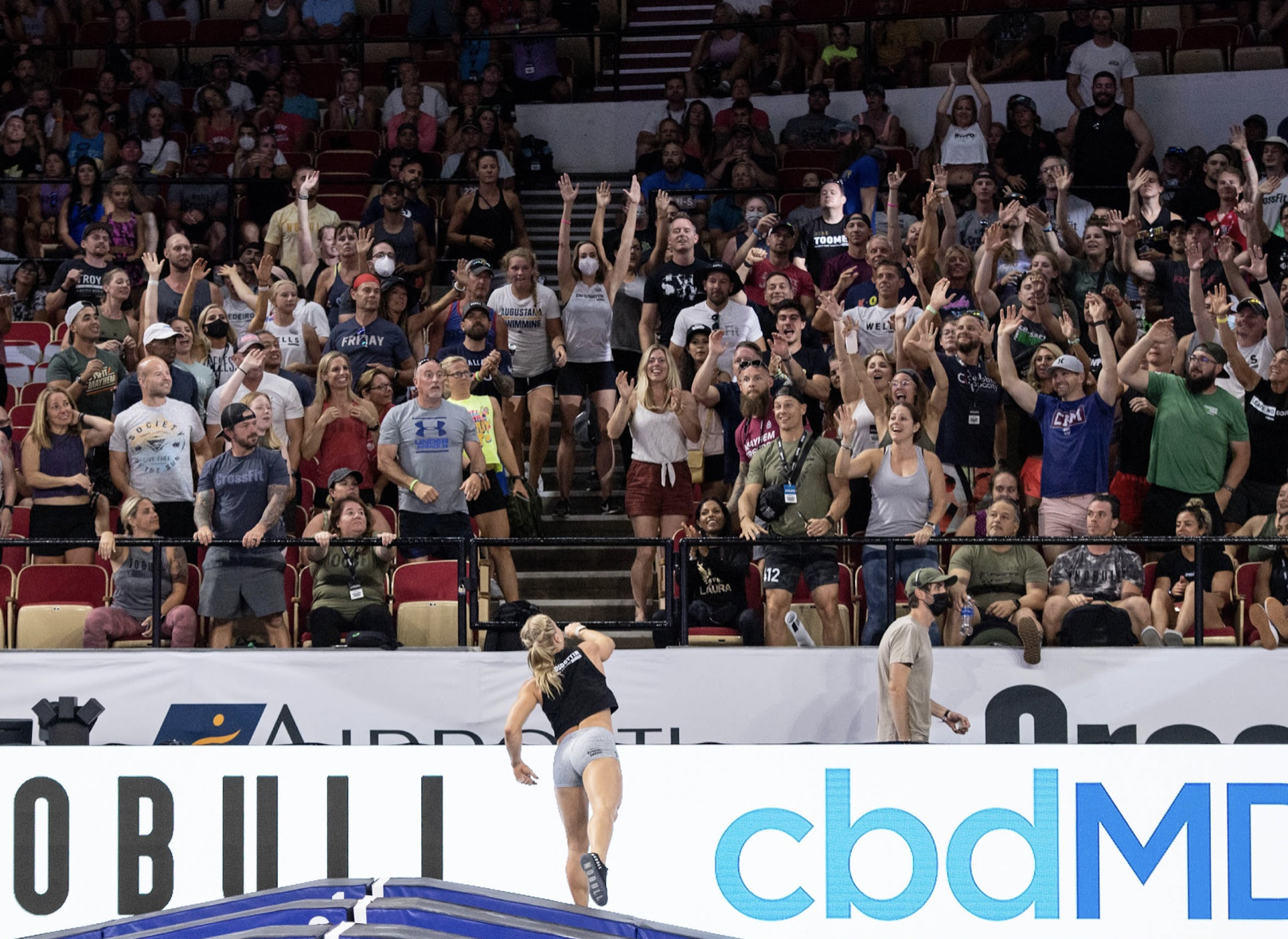 The Gym Is Your Sandbox

When girls join sports at a young age, the countdown clock begins. Statistically, most only have a certain number of sports-playing days remaining. Once they reach high school, it becomes harder to continue, with college providing an even stronger barrier. According to a study by the Women’s Sports Foundation, 87% of NCAA schools at all three division levels offer disproportionately higher athletic opportunities to men when compared to enrollment numbers. After college, there are almost no opportunities for women to continue playing a sport.

Just like boys, girls like to play. They want to compete, be aggressive, and they want to see what their bodies are capable of. CrossFit allows everyone to do that — for the rest of their lives.

Girls can start CrossFit at a young age, compete in the CrossFit Open starting at age 14, and have the freedom to grow stronger and compete until they are in their 80s and beyond. The opportunities don’t stop suddenly after high school or college. There will always be a CrossFit box. There will always be a CrossFit Open. Even if an athlete chooses CrossFit just to stay healthy, there will be an aspect of fun and competition every day at the whiteboard. Athletes compete with themselves to get a faster time or a heavier weight on the barbell. They compete with their friends to see who can finish the workout first. It puts the fun back in sport and adds an element of sport to everyday life.

“I'm not sure we value having fun enough in health and fitness,” Lawrence said. “The health pieces are great. Getting stronger is great. Building confidence is great as well. But I mean, having fun is really important too. … That's what I would love to see with CrossFit kids. As kids are starting to mature and become amazing athletes, I hope that they retain the fact that the sport is really fun for them throughout their lifetime." 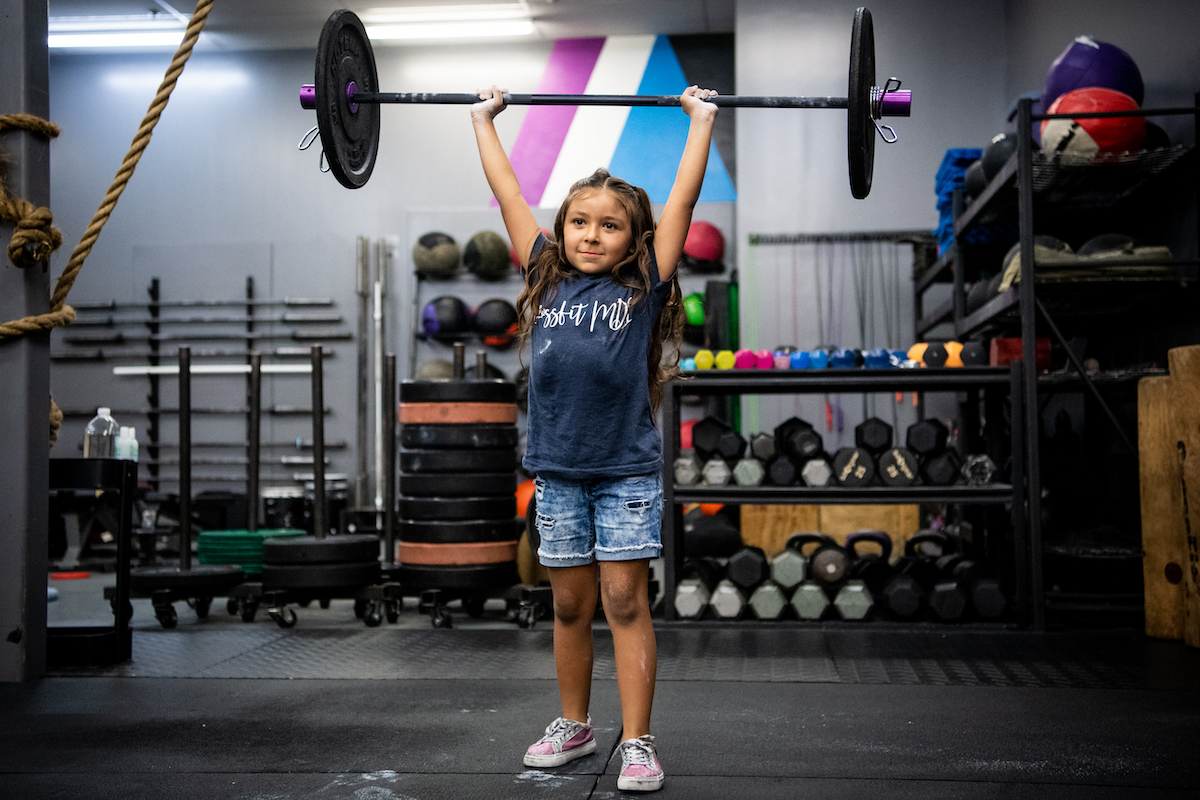 Lawrence has been doing CrossFit for about 11 years, and her daughter was born into a family that does CrossFit. The first drawing Lawrence's daughter ever made of her depicted her with a barbell over her head.

“At that moment, I was like, ‘I don't even care if she wants to do CrossFit. That is how I want her to see me,’” Lawrence said.

There are women competing at the CrossFit Games, running affiliates, coaching CrossFit as part of the Seminar Staff or the training staff in countless gyms around the world. And there are women who get up every day and walk into CrossFit gyms to better their health and fitness, and who will continue to pave the way for the young girls who are inspired to follow in their footsteps. 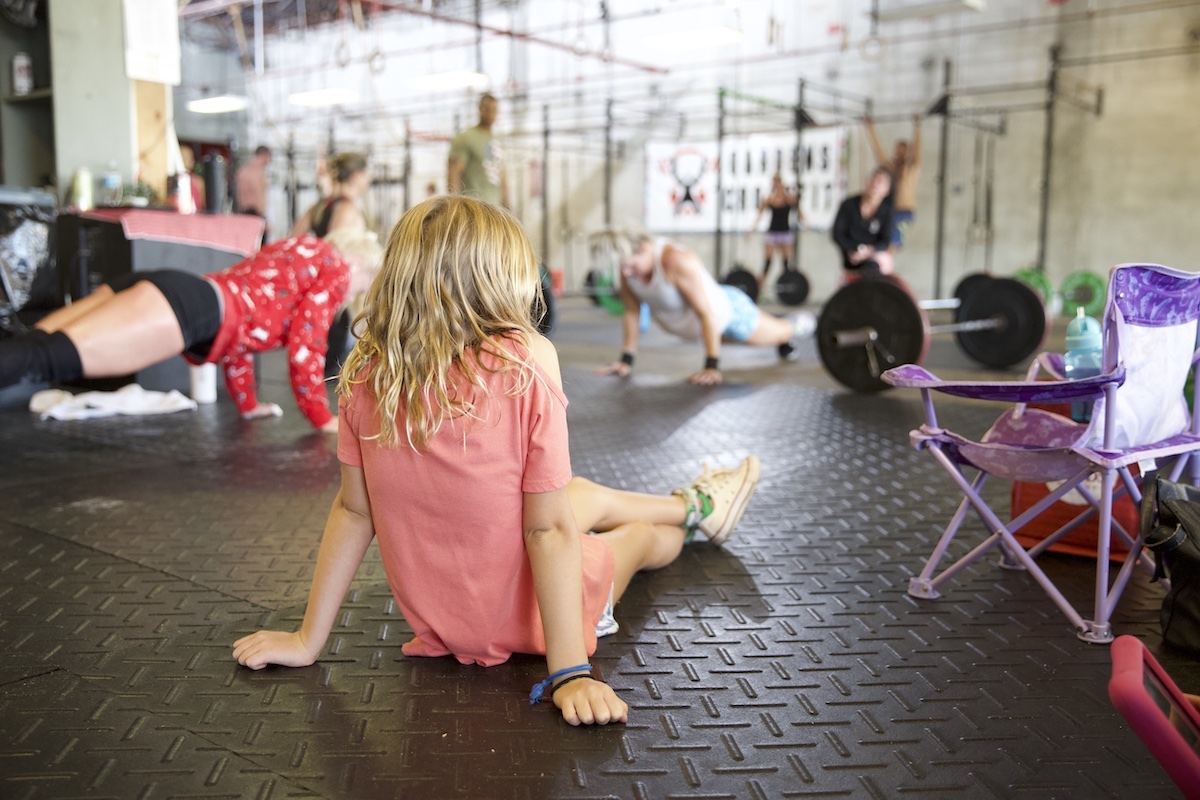 For years Katrin Davidsdottir and Annie Thorisdottir have inspired girls to continue participating in sport, demonstrating how incredibly beautiful it is to be strong. The two Icelandic women have released a children’s book to continue to teach younger generations how to be resilient through life’s challenges.

Haley Adams is inspiring up-and-coming teen athletes to get in the gym, work hard, and achieve their athletic dreams.

Amy Bream is proving to adaptive athletes across the world that you can continue to be active and competitive with a disability.

Rebecca Voigt Miller and Thorisdottir continue to show that you can be an unstoppable athlete even when you’re over the age of 40 or recently postpartum.

CrossFit is creating spaces where women can continue to not just feel athletic but truly be athletes.