The LCQ Is Underway! Submit Scores
the sport of fitness

After the 2022 Open, the top 20 athletes from each adaptive division were invited to compete in an additional online competition, the Adaptive Semifinal. For the Neuromuscular, Lower Extremity, and Upper Extremity divisions, this online competition determined the top 30 athletes advancing to the 2022 NOBULL CrossFit Games in August.

Hundreds of adaptive athletes set out to find the fittest in the Sport of Fitness. These athletes were tested in six workouts across four days, from June 2-5. Check out highlights from the 2022 Adaptive Semifinal.

Note: The review process is complete and leaderboard results are now locked and official.

Two new athletes from the division will be joining Acree on the field in Madison. Alexis Fiorucci and Samuel Pera have qualified for their first CrossFit Games, finishing in third and fourth, respectively.

First-place finisher Charles Pienaar has had his sights set on the Games since joining CrossFit in 2015. After a hunting accident in 2009, when a weapon malfunctioned and shot his left foot, Pienaar began CrossFit to get his competitive spirit back, as he was once a Division 1 college wrestler and bodybuilder. This is his year. Pienaar finished the 2022 Adaptive Semifinal 35 points ahead of second place and his first ticket to the CrossFit Games in hand.

Valerie Cohen — 2021’s Fittest Woman on Earth in the Lower Extremity division — took home gold this weekend. Following close behind in second is Amy Bream, who finished out the 2021 NOBULL CrossFit Games in fifth and is looking strong heading into her second Games. 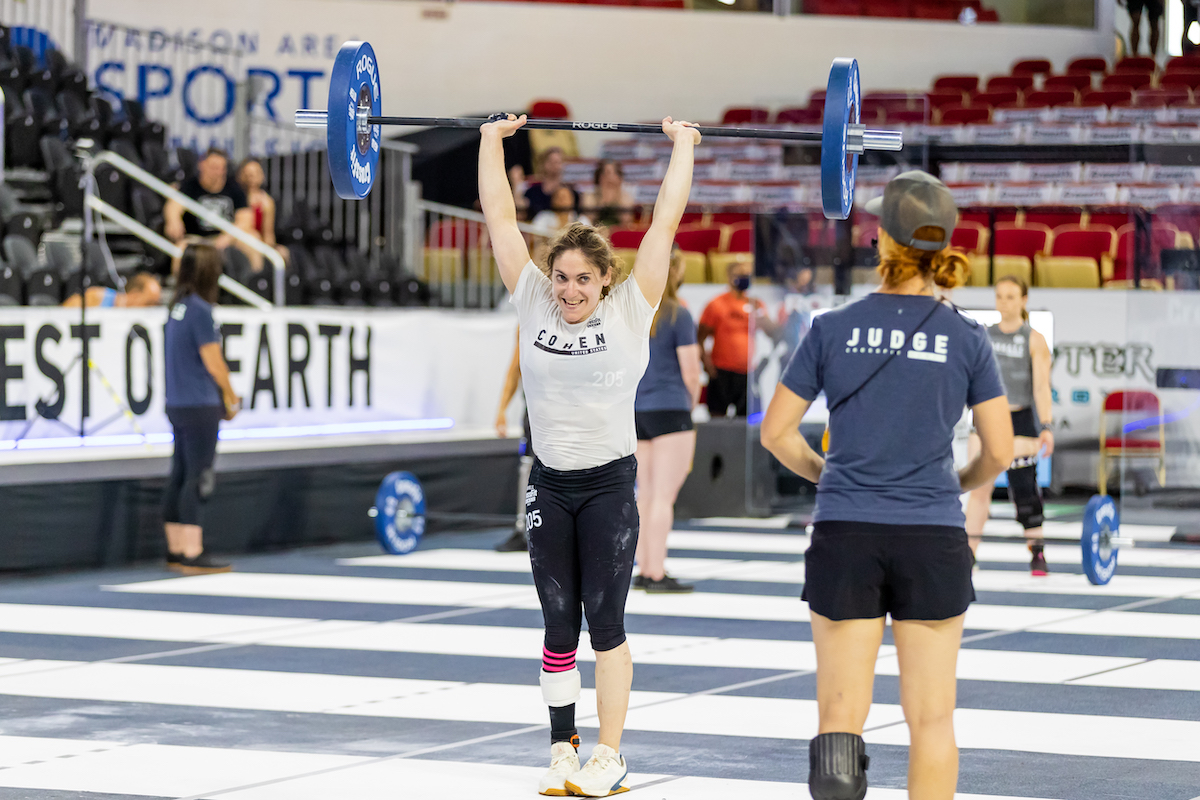 Only one man on the Neuromuscular leaderboard has appeared at the CrossFit Games before, and that is first-place finisher Brett Horchar, who won the division last year. The remaining top five, Benjamin Fallon, Jonatan Castro Silva, Jeremie Perera, and Bart Walsh, will be making their debuts at the 2022 NOBULL CrossFit Games.

Former field-hockey-player-turned-CrossFit-athlete Alyssa Kobela thought her competition days were over when she was diagnosed with multiple sclerosis in 2018. But when CrossFit introduced the adaptive divisions in 2021, her competitive fire lit once again. Kobela had a baby in 2021, missing out on the first year of the adaptive divisions, but returned in 2022 ready for the challenge. Kobela took second place in the 2022 Open and swept the competition this weekend, taking first place in the 2022 Adaptive Semifinal. She will be attending her first-ever CrossFit Games this year. 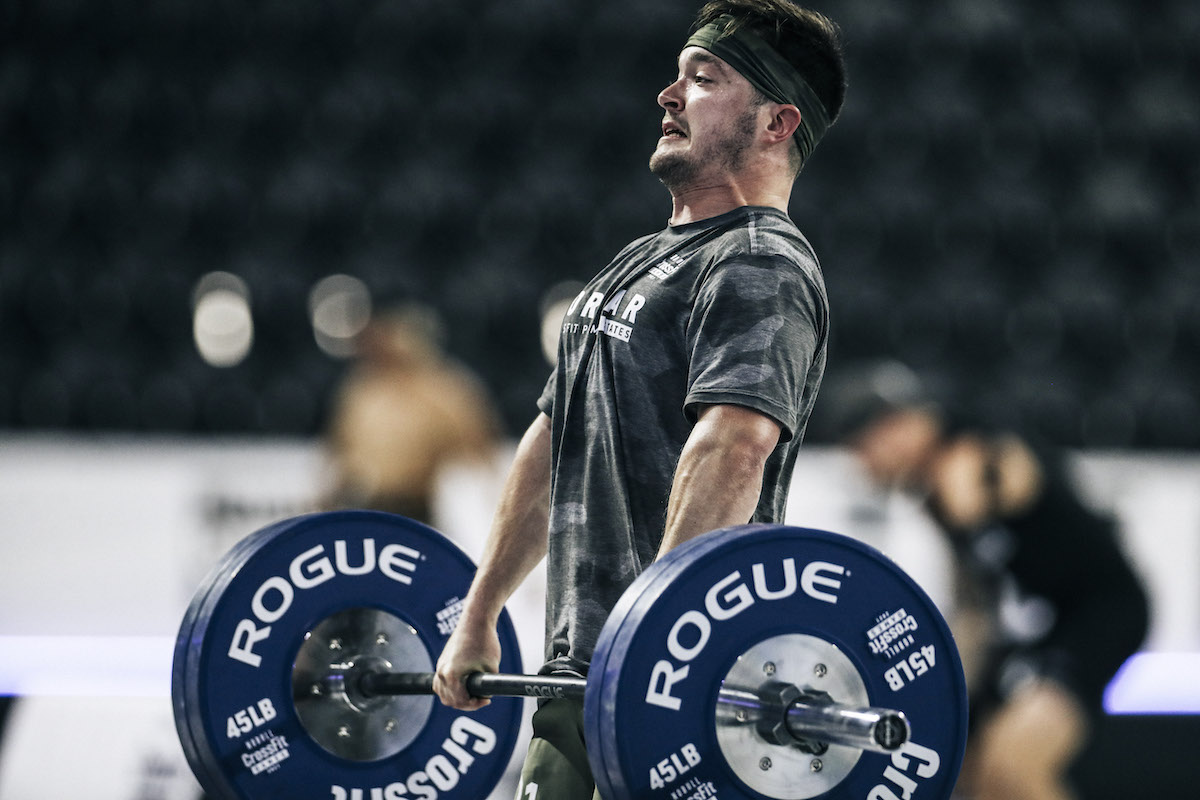 The title of Fittest Man on Earth in the Vision division was awarded to 39-year-old David Millings. He has been sight-impaired since birth and was recently re-diagnosed with Stargardt disease. Millings hasn’t let his sight impairment get in the way of his training, as he is entering his 12th year of CrossFit. An Open participant since 2011, he says the addition of the adaptive divisions to the 2021 season have allowed him to participate in a sport without limitations.

“CrossFit's introduction of the adaptive vision category has given me renewed focus and is the first chance to compete in sport without my sight being a factor,” Millings said.

Erica Powell, 2022’s Fittest Woman on Earth in the Vision division, has been inspiring women around the world to continue competing despite challenges they may face. Powell never dropped below third in any of the six workouts, taking first in Workout 2 with a time of 5:13.

“Inspiration can only go so far. When you see people with disabilities doing incredible things, don’t let them be just an inspiration to you in that moment. Let them inspire you to change your perception of what people with disabilities can do, do DO, and will be able to do if we break down the negative stereotypes around ‘disability,’” Powell said in an Instagram post.

First-place finisher Timothy Murray has rounded out his 2022 season with a full sweep of the Open and the Adaptive Semifinal. In his first year of competitive CrossFit, Murray will proudly claim the title of 2022’s Fittest Man on Earth in the Short Stature division.

On the women’s side, Canada’s Setareh Emadzadeh will take home the title of Fittest Woman on Earth in the Short Stature division.

Four-time WheelWOD champion and 2008 Beijing Paralympian Tom Miazga has become the two-time Fittest Man on Earth in the Seated With Hip Function division after his stellar performance this weekend. Miazga took first place in the first four workouts and two second-place finishes in Workouts 5 and 6 to round out the Adaptive Semifinal.

Amalia Ortuño has also taken the title of Fittest Woman on Earth in the Seated With Hip Function division for the second time. She has never dropped below first in any stage of competition since the inception of the adaptive divisions in 2021. Ortuño won five of the six workouts, only dropping to second place in Workout 5. 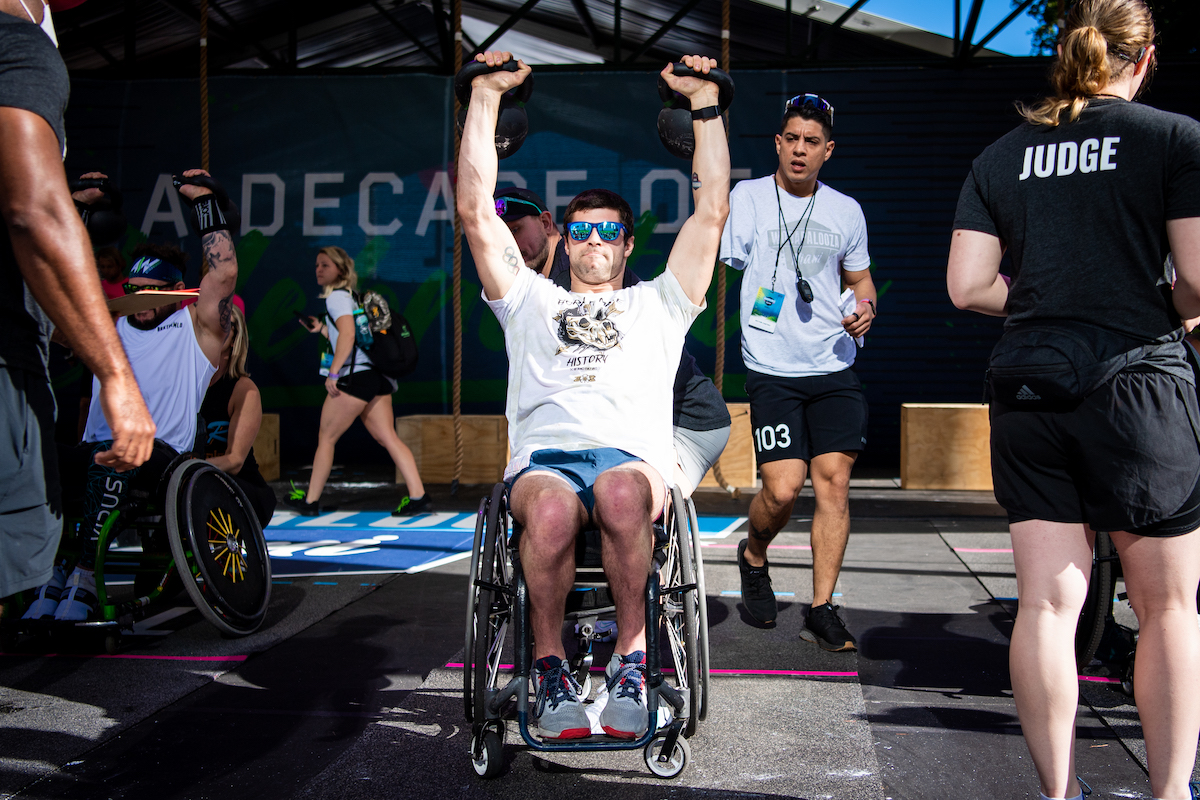 T11/T12 parapalegic Andrea Wilson held tight to her crown throughout the 2022 season, becoming the two-time Fittest Woman on Earth in the Seated With Hip Function division. Wilson swept five of the six workouts over the weekend, taking second in Workout 3.

Standing on top of the podium is Landon Payne, who competed in his first Open this year. In 2015, Payne was 12 lb away from weighing 400 lb when he decided to take control of his health. But when the pandemic hit in 2020, it was hard for him to work out consistently, so he began to diet too much, losing most of his muscle. Payne joined Geaux CrossFit in January 2021 to help jump-start his fitness journey and gain back the muscle he had lost. In just a year and a half, Payne is now the 2022 Fittest Man on Earth in the Intellectual division.

Joining Payne atop the podium on the women’s side is 26-year-old Hailey Melakian out of CrossFit Throne. After taking fourth in the 2022 Open, she continued to train hard and shined this weekend. Melakian took second in five of the six workouts, with a first-place finish in Workout 2.

Congratulations to all of the athletes crowned Fittest on Earth and the 30 athletes continuing on to the CrossFit Games in Madison. Every athlete competing in the adaptive division continues to inspire and encourage athletes of all abilities to pursue athletics.