Although the CrossFit Games are known as the final battle for the top athletes seeking to earn the title of Fittest on Earth, the biggest CrossFit event of the year is really a reflection of the energy and passion of the entire CrossFit community.

“It takes an absolute village to pull off these shenanigans that (Dave Castro) has up his sleeve,” Annie Sakamoto said.

Were it not for the volunteers, CrossFit staff, and the perseverance and dedication of the entire community of spectators of the sport, the 2021 NOBULL CrossFit Games would be a lot less special. 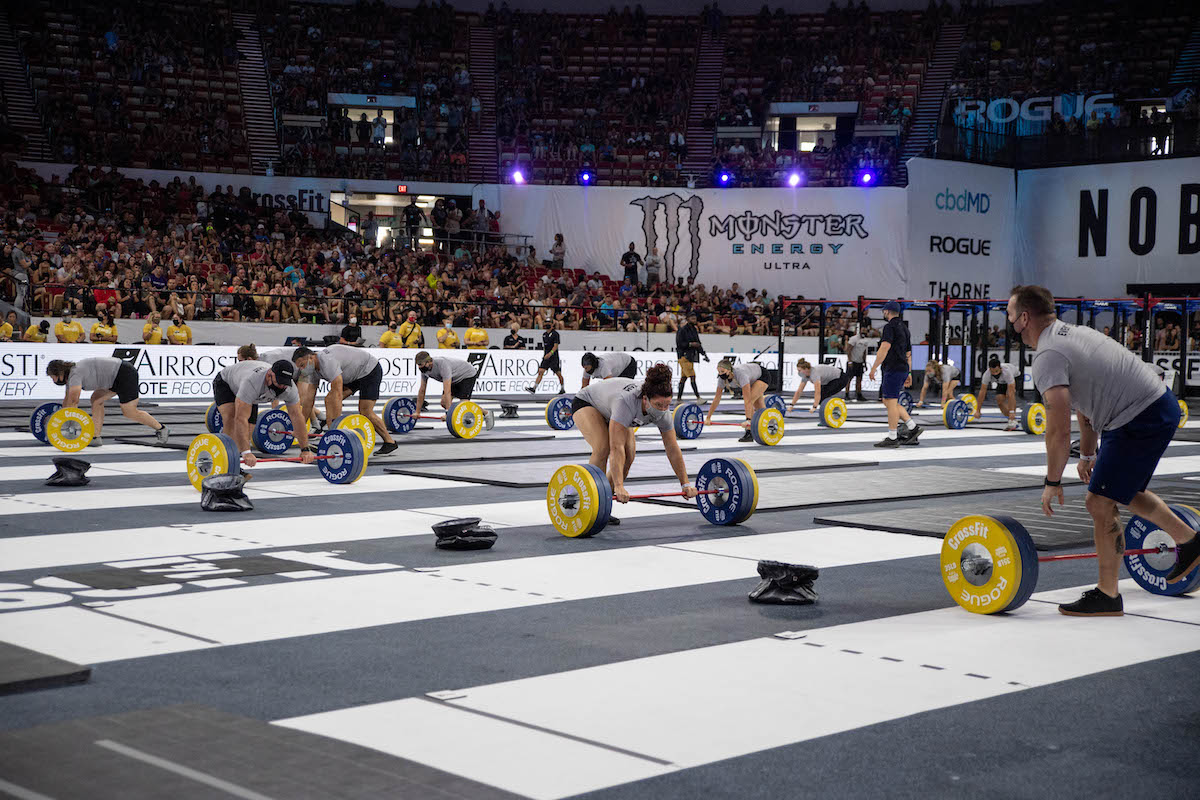 Every team played an essential role in ensuring the Games ran smoothly and providing a memorable experience for both athletes and spectators. From bringing Rogue equipment to the competition floor to acting as security for the event, every volunteer put in hard work and demonstrated their dedication to the event.

The gear team — whose members are responsible for getting equipment on and off the field and restaging between heats — was tasked with an exceptional responsibility. Each athlete in the individual division used over 20 pieces of equipment over the course of the competition. Staging the equipment in a way that allows the athletes to perform at their best, the media crew to capture the best footage, and the spectators to enjoy their viewing experience is no easy feat. And restaging is an extremely fast process; a minor hiccup can throw off the timing of the entire event.

“In order to get all that gear in exactly the right place, you have to rehearse over and over and over again, take out every little rough edge, every little mistake possible before it happens,” Vice President of Sport and Partnerships Justin Bergh said.

This year, the medical team worked tirelessly to keep the athletes and spectators safe. Athletes, staff, and volunteers were all tested for COVID-19 before the start of the competition, and the team had an important job of monitoring athletes throughout the competition.

When Danielle Brandon’s training partners — Kari Pearce and Bethany Shadburne — tested positive for COVID at the start of the Games, Brandon was accompanied by medical staff, tested twice a day, and monitored throughout the week. Members of the CrossFit staff gathered in the war room each night to think of creative ways to have Brandon compete while protecting the athletes and spectators. They even replaced the fans sitting in the direct path of her lane in Event 8 with medical staff to minimize her contact with the crowd.

The medical staff consistently monitored the health of each athlete while on the competition floor, making sure to attend to injuries. When Brooke Wells stepped on the floor to snatch and dislocated her elbow, the medical staff responded fast, taking an X-ray to rule out fractures and moving quickly to pop her elbow back into place.

“Many people have been here (at the CrossFit Games) since Sunday, putting in 15-hour days preparing the biggest stage in CrossFit. The vast majority of them are unpaid volunteers that are donating their time to be here, away from their homes, jobs, and families,” Christine Bald wrote on behalf of Dave Castro on Instagram. “The volunteers are the real MVPs. Mostly unnoticed by spectators, they perform a dizzying number of mission-critical tasks.” 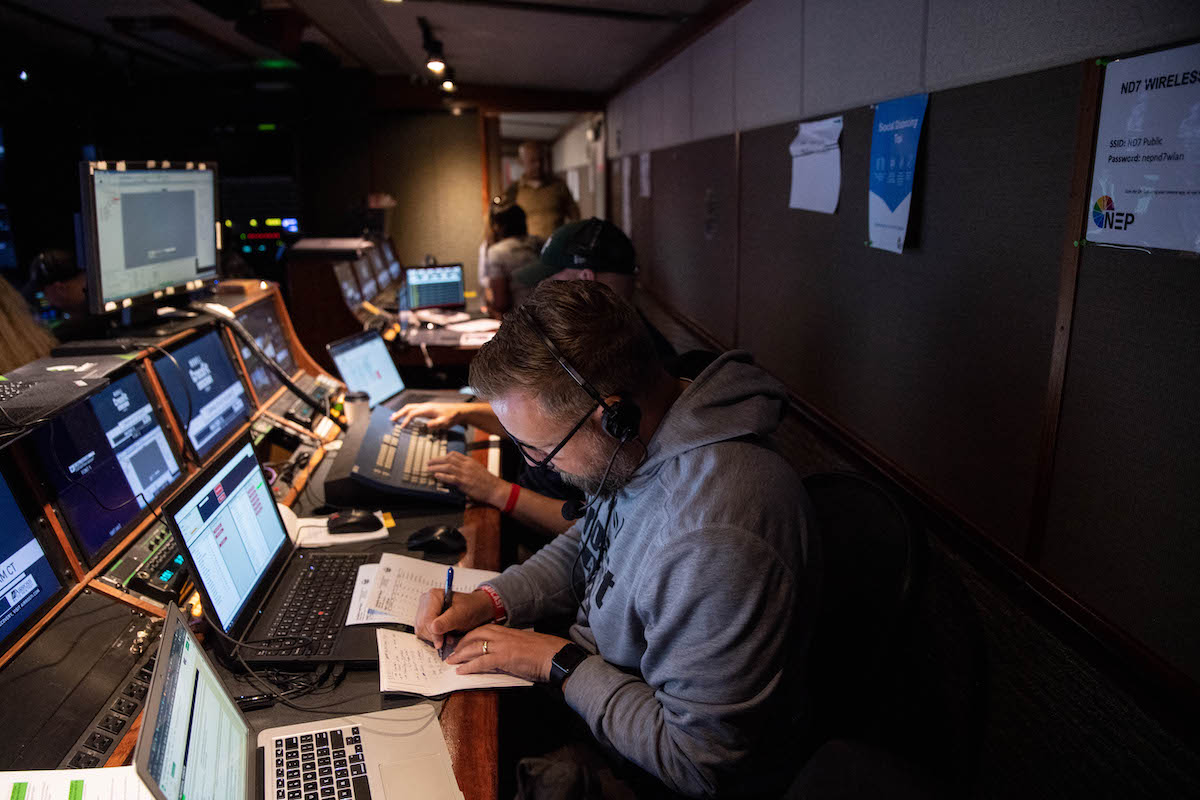 From the Seminar Staff judging the athletes to the media team sharing the magic of the Games with the entire world, the CrossFit staff spent countless hours making the Games something special.

This year, the Games reached 54 million aggregate users across all CrossFit’s platforms, an 82% increase from last year. With COVID restrictions still circling the world, the broadcast team was tasked with sharing the Games with millions and spreading the same excitement through a TV screen.

“For the ones who work in the broadcast truck, this for them is also their CrossFit Games,” Bergh said. “It’s the ultimate test for a media professional to cover this many different events, inside events, outside events, long events, 1-rep-max events. Bringing the CrossFit Games to life, I think for them, is a career-defining challenge.”

But one thing that’s so unique about the CrossFit broadcast team is they can connect with their material in ways many media professionals can’t, because many of them work out in a CrossFit box every week. They can relate to the triumphs, the challenges, and the emotions surrounding the Games athletes, much like the rest of the CrossFit community. The team knows what content is the most impactful. 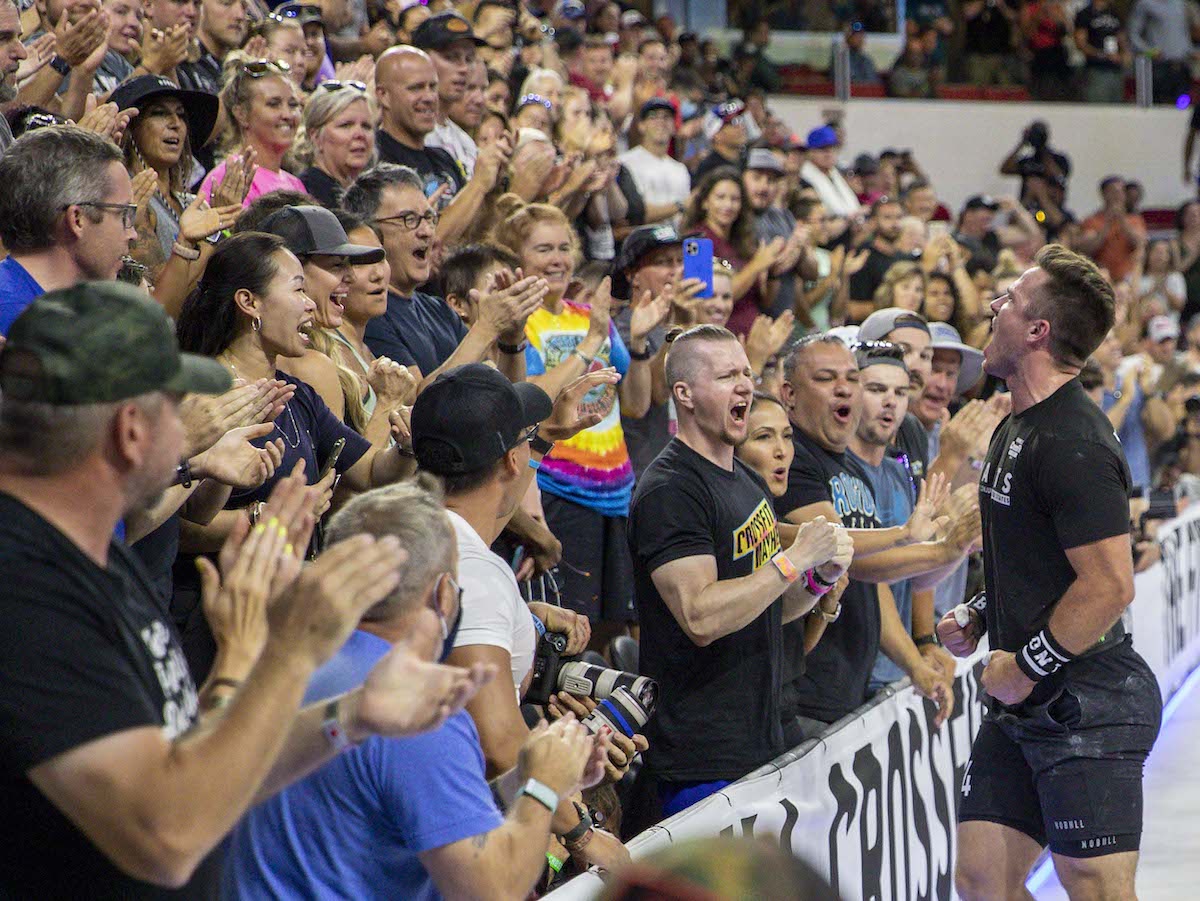 There is something special about the fans who show up every year in Madison to cheer on the top athletes in the sport and the fans who gather their friends to watch the action unfold on their TVs. These people are not just spectators. They are CrossFit athletes themselves.

The CrossFit community shows up to cheer on the Games athletes because they can relate to what they see on the field. When they see Annie Thorisdottir surprise herself by standing up a weight she thought was out of reach under the lights of the Coliseum, they are brought back to moments under the lights at their affiliate, getting a PR in the Open as their friends sweat alongside them or cheered.

“90% of the fans in the stands have tried to hit a 1-rep-max snatch, so they know what it feels like to go through that attempt, what their own personal best is — which is probably far less than the athlete standing in front of them is doing,” Bergh said.

That is what makes the Games so special. We cheer on the competitors knowing exactly what they are going through and how hard they worked to get to the big stage. The power of the crowd is what makes the CrossFit Games.

It is a display of symbiosis. The staff knows the CrossFit Games are for more than just the athletes and works hard to involve the fans in the excitement. And the spectacle of the Games and spectator experience feed off each other and grow into something greater as a result. Dave Castro’s announcements have evolved over the years to add drama, becoming much more than just event briefings for the athletes. They light the match that fires up the crowd. In return, the energy of the crowd supercharges the athletes, drawing performances out of them that they may not have known they were capable of themselves.

When live competition came to a sudden halt last year, the competitors understood just how important the power of the crowd was to their success in the sport. The crowd fuels their fire, sending waves of energy throughout the entire venue. It is a feeling like nothing else.

“Thanks to all the fans who cheered this week, the volunteers who made the competition happen and all the competitors in the field. After last year I think I appreciated live competition more than I ever have before,” Pat Vellner said in an Instagram post.

To the volunteers, the scorekeepers, the judges, the media crew, the medical staff, and to the entire CrossFit community, thank you for making the 2021 NOBULL CrossFit Games one for the books.

“No one can whistle a symphony. It takes an orchestra to play it.” —H. E. Luccock