Despite ongoing challenges, this year marked a kind of renaissance for the CrossFit Games as athletes and fans returned full-force to Madison, Wisconsin, for an in-person festival of fitness accompanied by a newly expanded media presence.

As Games week approached in late summer, ever-shifting travel concerns and restrictions created hurdles, but total attendance topped 57,000 at the Alliant Energy Center complex between Tuesday, July 27, and Sunday, Aug. 1, an average of 9,500 per day. And, the Coliseum was sold out through all 15 individual events. On the ground, Competition Director Adrian Bozman said the team felt relief and excitement and “recognized the achievement of putting on such a huge event given the state of the world.”

Incredibly, the digital reach for the Games increased by 82%, from 54 million aggregate users across platforms in 2020 to 99 million users in 2021, while the total minutes viewed overall increased by 64%, from 238 million minutes to 398 million minutes. Here’s a fun comparison: This is equivalent to 18 million views of a traditional 22-minute TV sitcom and equals the viewership for the series finale of “The Big Bang Theory” in 2019, a record for the show. (Aggregate platform reach may include some duplication of users who viewed content on more than one platform or unauthenticated device.) 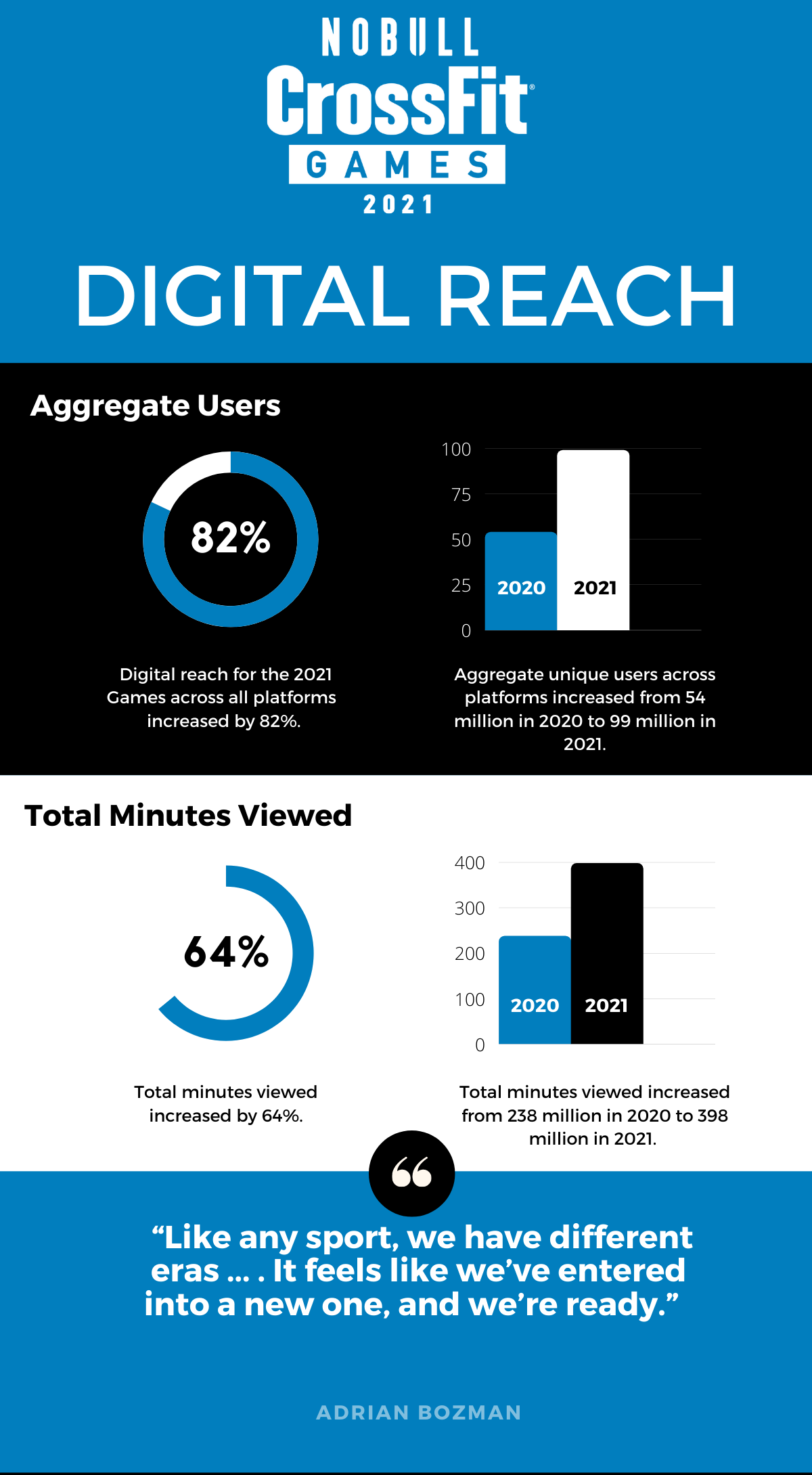 The fan experience and action on the field also showed the strength of the CrossFit community as it roared back from 2020:

Looking ahead, the 2022 Games season starts in less than six months, and if 2021 was any indication, the community can expect an even bigger and better set of tests and events. Heading into the new year, expectations are high, and the Games team looks to answer the call. With the new qualifying system in place, the CrossFit community is primed, and Bozman said the team understands this: “Like any sport, we have different eras ... . It feels like we’ve entered into a new one, and we’re ready.”