As the individual women rushed through the stadium to line up to compete, the crowd went wild with excitement. Athletes waved to their families in the crowd as they gave high-fives to fans reaching down from the stands. But behind the group of competitors, Danielle Brandon, masked and alone, was ushered out to her lane where she would strip her mask off only when she was at a safe distance from the other athletes.

After training partners Bethany Shadburne and Kari Pearce tested positive for COVID-19, just hours before the start of individual competition, Brandon was put into isolation in her Airbnb, tested twice a day, and secluded in her own lane for each event in accordance with the COVID-19 protocols. She had to follow behind her competitors into the stadium and wait patiently after each event until they all bade farewell to the fans before she could swiftly exit the stadium with medical staff by her side. 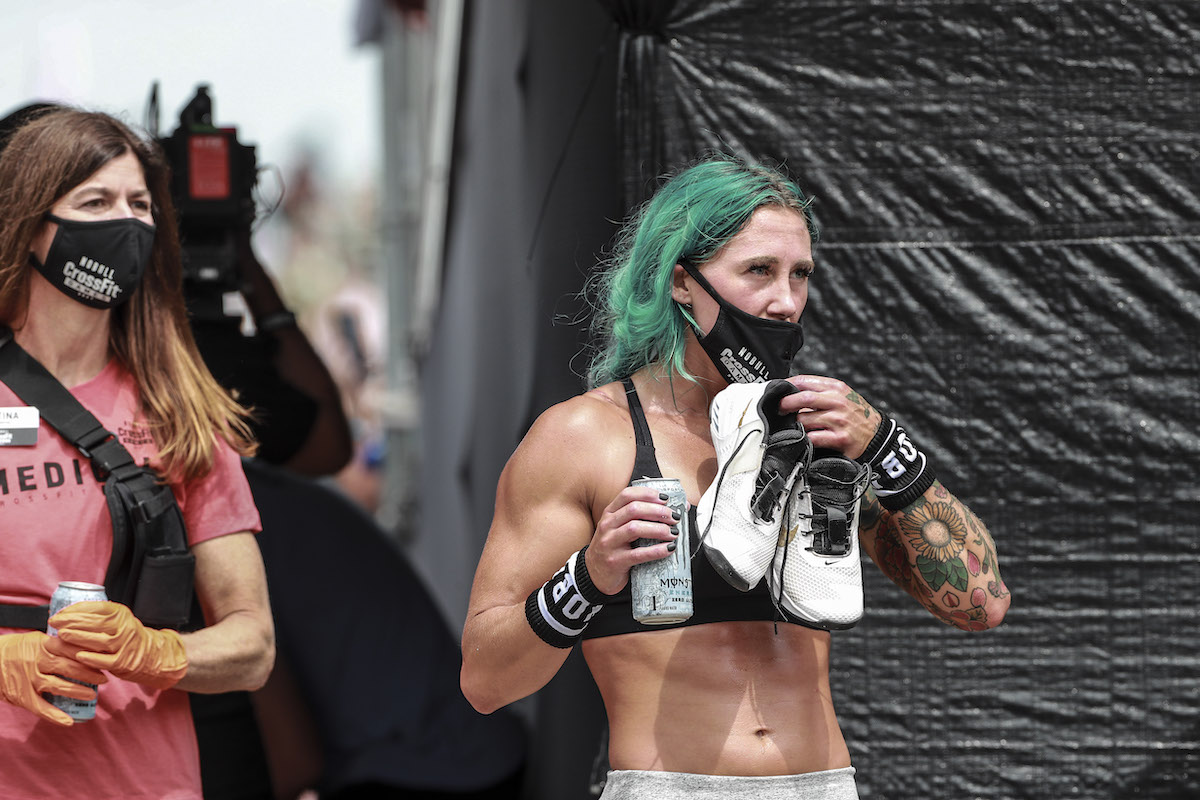 For Brandon, the week of the 2021 NOBULL CrossFit Games was fraught with constant changes, from completing events on her own to being prohibited from signing her own scorecards. Still, she went forward with pride and resilience.

“It (was) frustrating … . Sometimes before an event I’m like, ‘Oh no, where's my mask?’ or ‘Why am I having to do that?’” Brandon said. “But I wouldn’t say it was a negative experience. There’s been a lot of opportunities for me to grow as a person and an athlete.”

Alongside the pressure of COVID-19 testing and isolation, Brandon felt she had an obligation to perform not just for herself but also for her training partners who devastatingly had to drop from competition. That’s what helped her keep her head down and fuel her fire throughout each workout.

“I (was) definitely doing this for KP (Kari Pearce) and Bethany, and whether I wanted to or not, I had to compete for them and hopefully represent them on the competition floor. I didn’t necessarily ask for that, but that is what I get to do,” Brandon said. 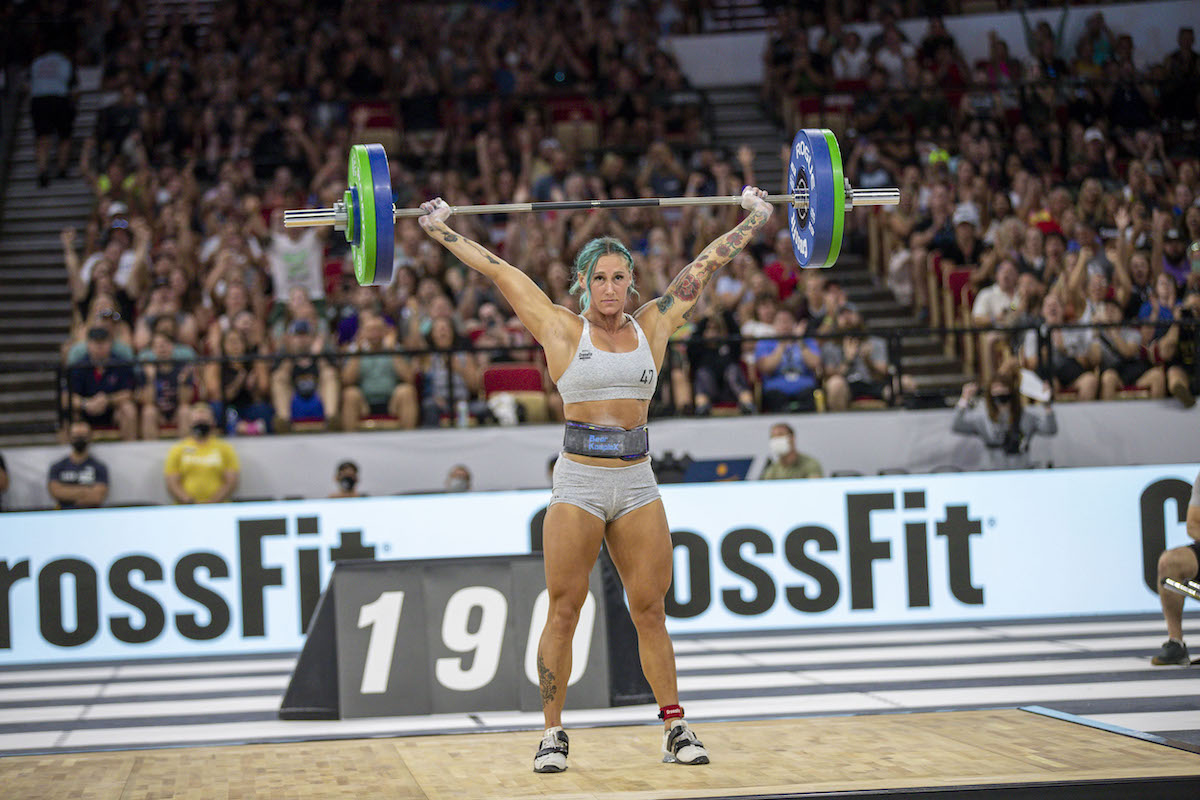 Although Brandon was secluded from the other athletes on and off the field, she wasn’t alone. She had the crowd screaming her name every time she entered the stadium. She had Shadburne and Pearce cheering her on from their rooms of isolation. She even had her fellow athletes supporting her the whole way.

On Day 1 of the individual competition, Brandon was told she would be completing Event 3 — a 550-yard sprint — alone in her own heat. The mass start of 10 would be too much of a risk to the other athletes, as they would all be in close proximity to each other. But, running alone meant Brandon could not gauge where her competitors were in relation to her — and let’s face it, running alone just isn’t as exhilarating.

So, the event staff set out to make sure she wouldn’t run it alone.

“We are going to get you a heat,” a few staff members told Brandon after the close of Event 1.

Brandon’s competitors were asked if any would be interested in running in a heat with her, and Samantha Briggs, Laura Horváth, and Thuri Helgadottir shot their hands up without question. It may be a competition, but CrossFit still shows support for its community.

Brandon, Briggs, Horváth, and Helgadottir comprised Heat 1 of Event 3, and right out of the gate, Brandon sped to the front of the pack. She ended up taking the heat win with a time of 1:27.20, good for fifth overall. After each athlete crossed the finish line, Brandon replaced her mask and emotionally thanked all the athletes for stepping up to support her during the event.

“There’s definitely been a few (competitors) who have shown a lot of support and obviously aren’t fearful of me or avoiding me. … There’s much more positive than there is negative,” Brandon said. 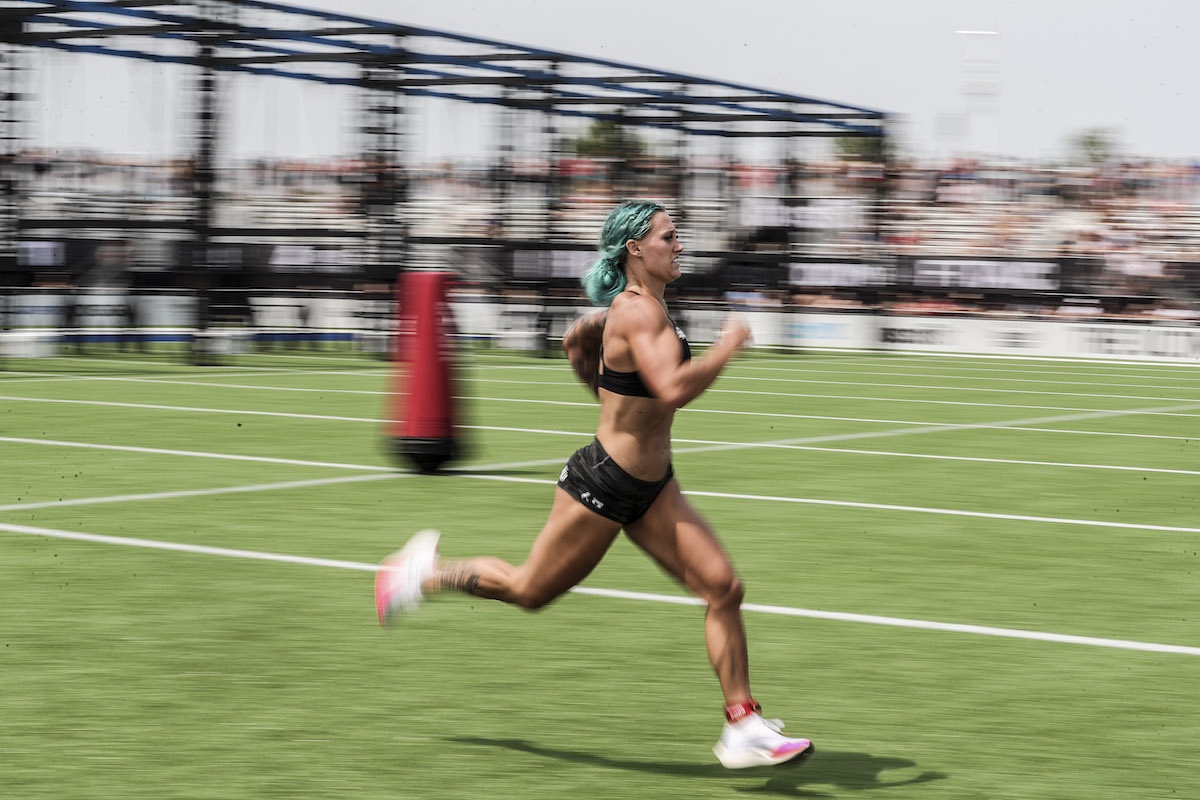 In the face of adversity, Brandon kept her head held high and did what she came to the Games to do: show the world she is an exceptional athlete. Brandon finished seven of the 12 events within the top 5 and landed in 11th place overall.