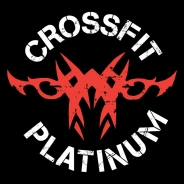 CrossFit Platinum is an elite, private personal training and CrossFit gym based in Linden, Johannesburg. CrossFit Platinum is one of the pioneer CrossFit Affiliates in South Africa and is one of only three CrossFit affiliates that celebrated their ten-year affiliation with CrossFit HQ in 2020. They were the first Reebok Recognized Affiliate in Johannesburg, South Africa. The CrossFit Platinum Team won the Africa Regionals in 2012 and 2013 and went on to represent the Africa Region at the Reebok CrossFit Games in Los Angeles, California, in July 2012 and 2013. Fitness Technologies and CrossFit Platinum have since achieved multiple podium finishes in a multitude of CrossFit and Spartan events, as well as building a large Ironman and Endurance community of dedicated athletes set on achieving and performing in the endurance world.