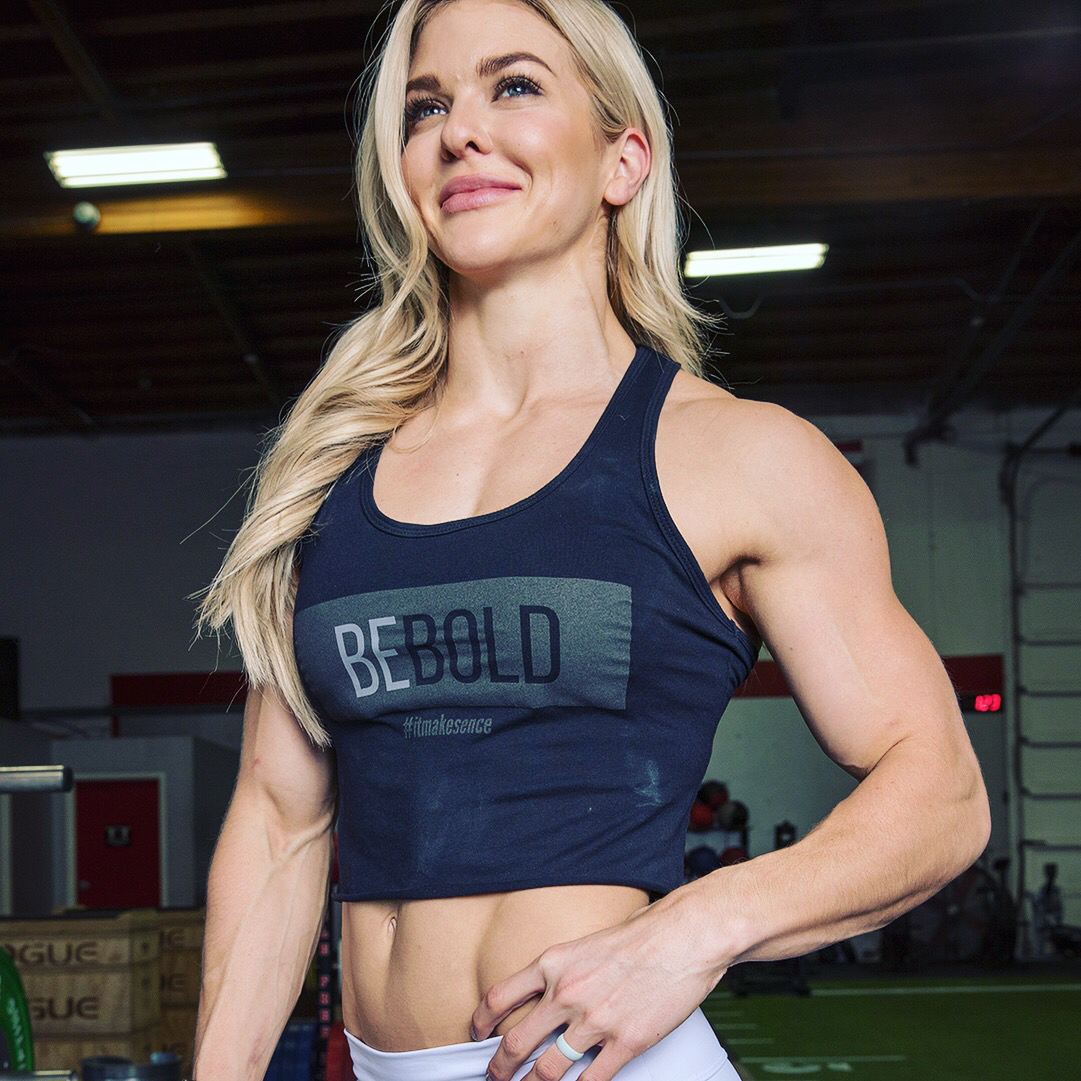 A former professional dancer, Brooke Ence made waves after qualifying for the 2015 Reebok CrossFit Games after just her second regional competition. During her rookie appearance at the Games that year, she wowed the crowd with two first-place finishes (Snatch Speed Ladder and Clean and Jerk), ultimately finishing 14th overall. Ence is currently a trainer at CrossFit West Santa Cruz in California.