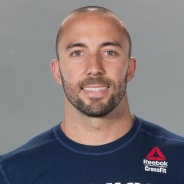 Gary Helmick is a two-time individual CrossFit Games athlete (2013, 2016) and a former minor-league baseball player with the Baltimore Orioles organization. After trading baseball for CrossFit in 2011, Helmick competed in his first regional in 2013, taking second at the Mid Atlantic Regional and going on to finish 38th in his Games debut. Impeded by injuries in 2014 and 2015, he returned to the Games in 2016 and performed better than ever for a 27th-place finish. Helmick owns CrossFit Revamped in Columbia, Maryland, with his wife, Alea, who took 26th at the Games in 2016.