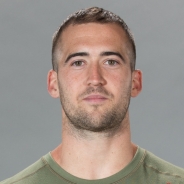 In 2015, Ben Smith won the CrossFit Games. The title of Fittest Man on Earth was the fruit of seven years’ work: Smith has competed in every CrossFit Games since 2009, giving him the record of second most consecutive CrossFit Games appearances as of 2016. Across his eight-year CrossFit Games career, Smith has stood on the podium four times, taking third in 2011 and 2013, and second in 2016 in addition to his 2015 victory. With the exception of his debut appearance in 2009, he has never finished outside of the top 10. Smith owns CrossFit Krypton in Chesapeake, Virginia.