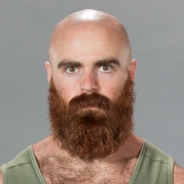 Lucas “Teen Wolf” Parker is a six-time individual CrossFit Games veteran hailing from Victoria, British Columbia. A longtime fan favorite famous for his flaming red beard—recently shaved to raise money for charity—Parker has won four out of his seven appearances at the Canada West and West Regionals, consistently finishing in the upper half of the pack at the CrossFit Games since his first appearance in 2011 and with a career-best finish of 14th in 2015. A CrossFit athlete since 2009, Parker also took first in the 85-kg category at the B.C. Provincial Weightlifting Championships in 2012 and 2013. www.lucasparker.ca www.SquatStrong.com