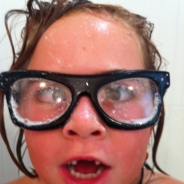 Four-time CrossFit Games athlete (one team, two individual, one masters) Annie Sakamoto made her first masters Games appearance in 2016 with a second-place finish in the Masters Women 40-44 Division. After starting CrossFit in 2004, she became a trainer at the first CrossFit gym, the original CrossFit Santa Cruz in California. She has been a fan favorite ever since, famous for her 2005 appearance in a video of a workout that would later be known as Nasty Girls. In 2009, she helped team CrossFit West Santa Cruz to a 33rd-place finish at the Games before making her individual Games debut in 2011 with ninth-place finish, also winning the Spirit of the Games Award that year. In 2012, she took 23rd. Sakamoto has qualified for every Northern California and California Regional since then, and continues to coach at CrossFit Santa Cruz Central.