This year's Sprint event challenged athletes with a quick down-and-back sprint in a three-round bracketed tournament. Athletes raced in heats of five, and cuts were made as the competition progressed to the semifinal and final rounds.

Prior to each event, all athletes were briefed on penalties. In Sprint, athletes were informed of the lane-infraction penalty, which states, if an athlete steps on the yellow line after clearing the final gate before the finish, a 10-second penalty is assessed.

Full results are broken down in the bracket below: 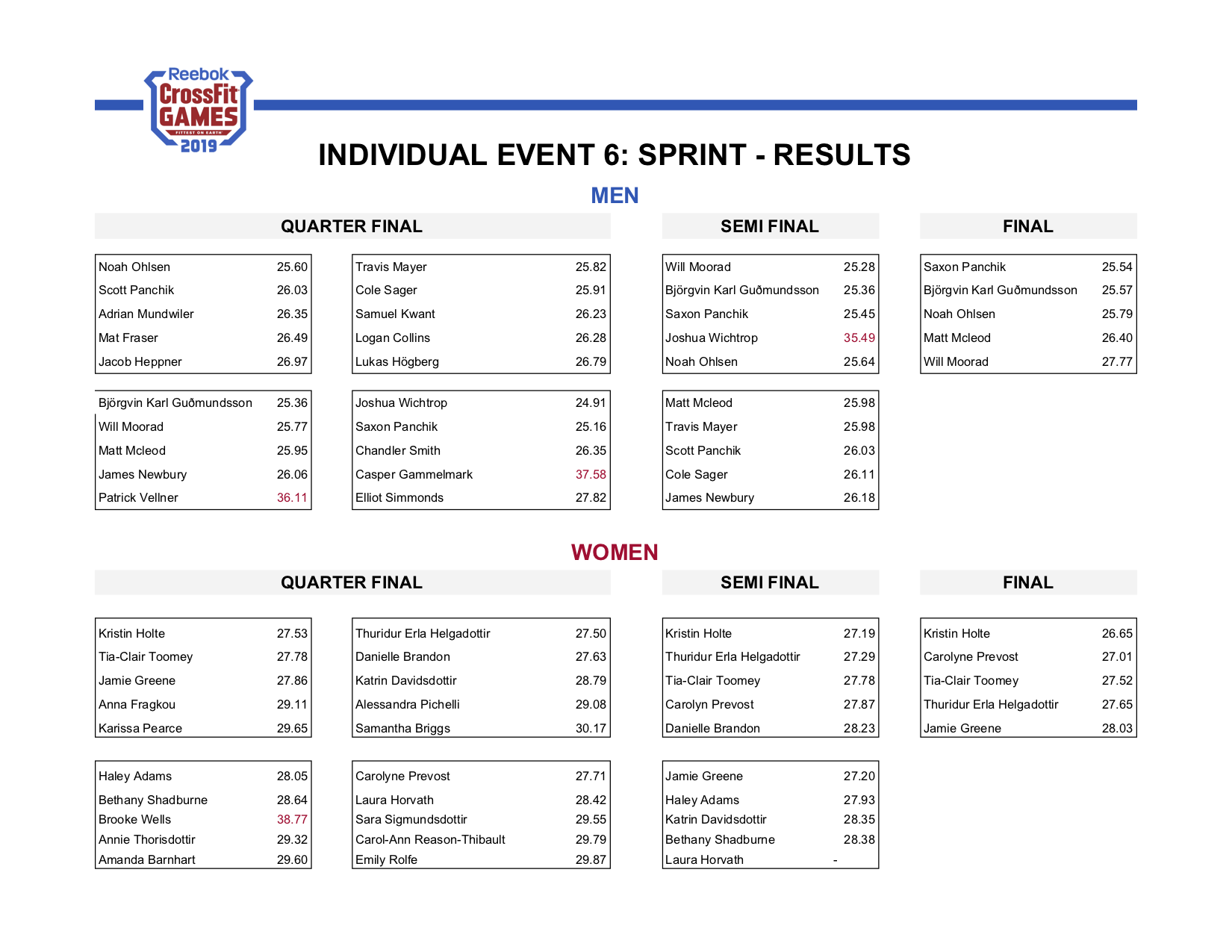 The following athletes were hit with the 10-second penalty in today's event: