This was the 2021 NOBULL CrossFit Games masters competition.

What the Masters 35-39 division lacked in drama it made up for in impressiveness.

Whitney Gelin and Kyle Kasperbauer led their divisions from start to finish, enduring events no less grueling than they had as individuals not too long ago.

“Physically, it's one of those things where everything burns all at once, but there's nowhere to go,” Gelin said on Wednesday after winning Event 6, a spicy sprint of rowing, clean and jerks, and a sled push.

“The age group division is definitely excelling,” he said after taking first in Event 9, a couplet of wall walks and thrusters. “The programming is getting harder. The athletes are getting better and better.”

“It’s definitely not a sleeper division.”

“That was awesome,” he said after the final event. “It was a lot of fun. It hurt a lot — but man, what a great crowd we have in here; great competitors.”

This was Gelin’s first experience as a Games master.

Prior to this year, she competed thrice as an individual at the CrossFit Games with a career-best finish of 19th in 2015. She earned gold in her masters debut with four event wins and eight top-six finishes. 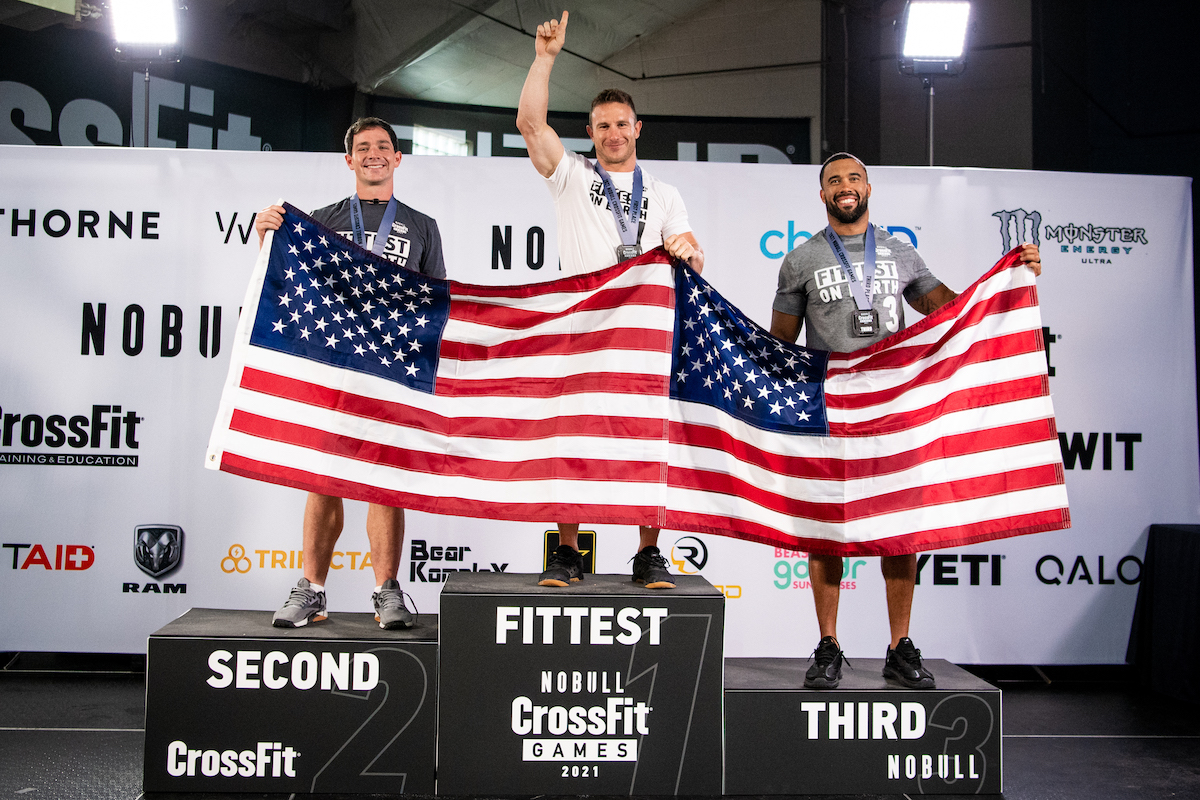 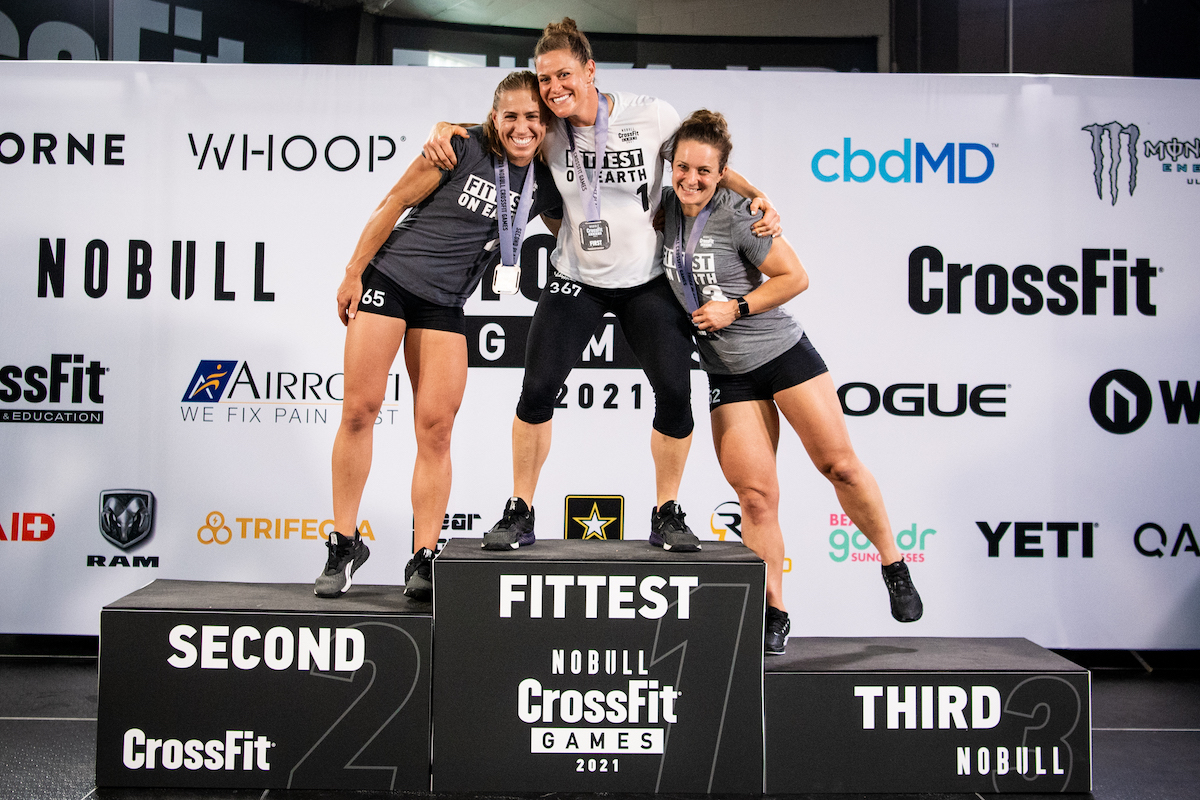 The Men’s 40-44 division was stacked with rookies — and to a rookie went the spoils.

Though Frenchman Maxime Guyon ended Day 1 outside the top three with an 11th-place finish in Event 2, he finished the rest of the events top 10 — including first- and second-place finishes in the final two events.

The women’s podium, however, was a static affair.

Kelly Friel and Rebecca Voigt Miller — who, with 13 appearances across the individual and masters competitions, has the most Games appearances of any athlete in history — held the top two spots from start to finish, amassing eight top-two finishes between them. 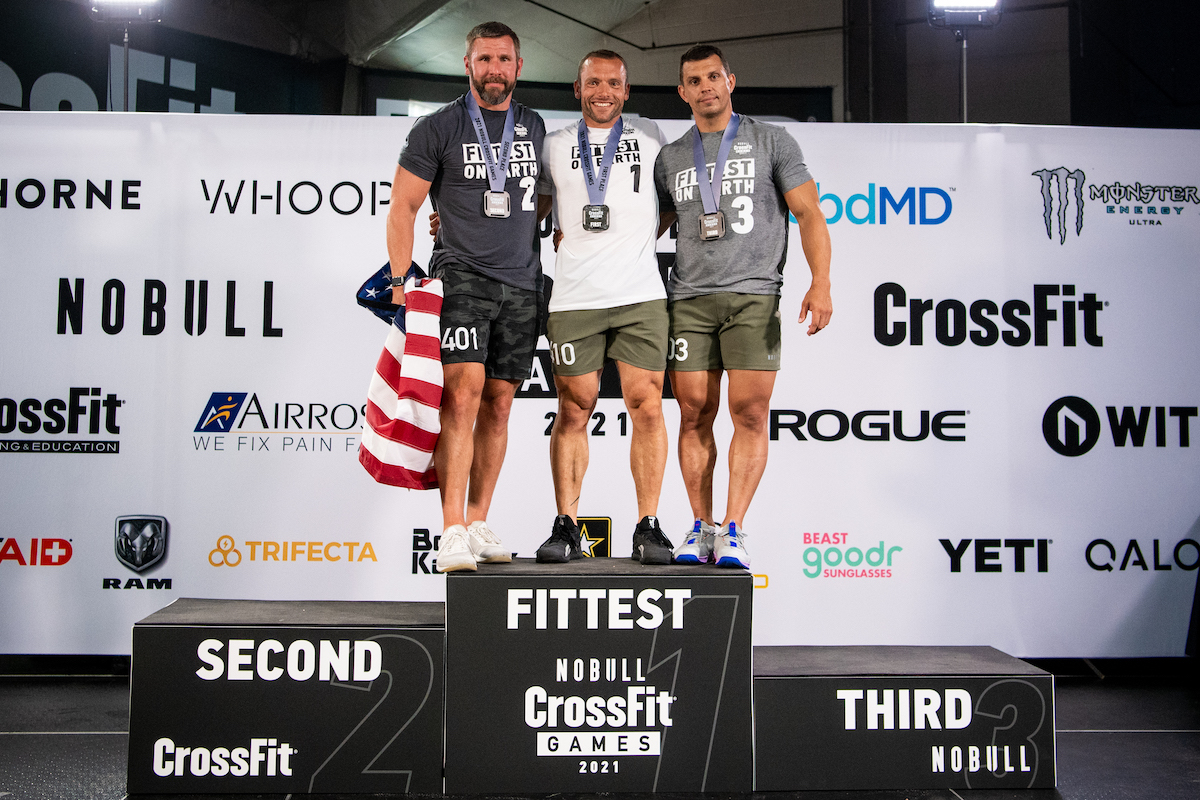 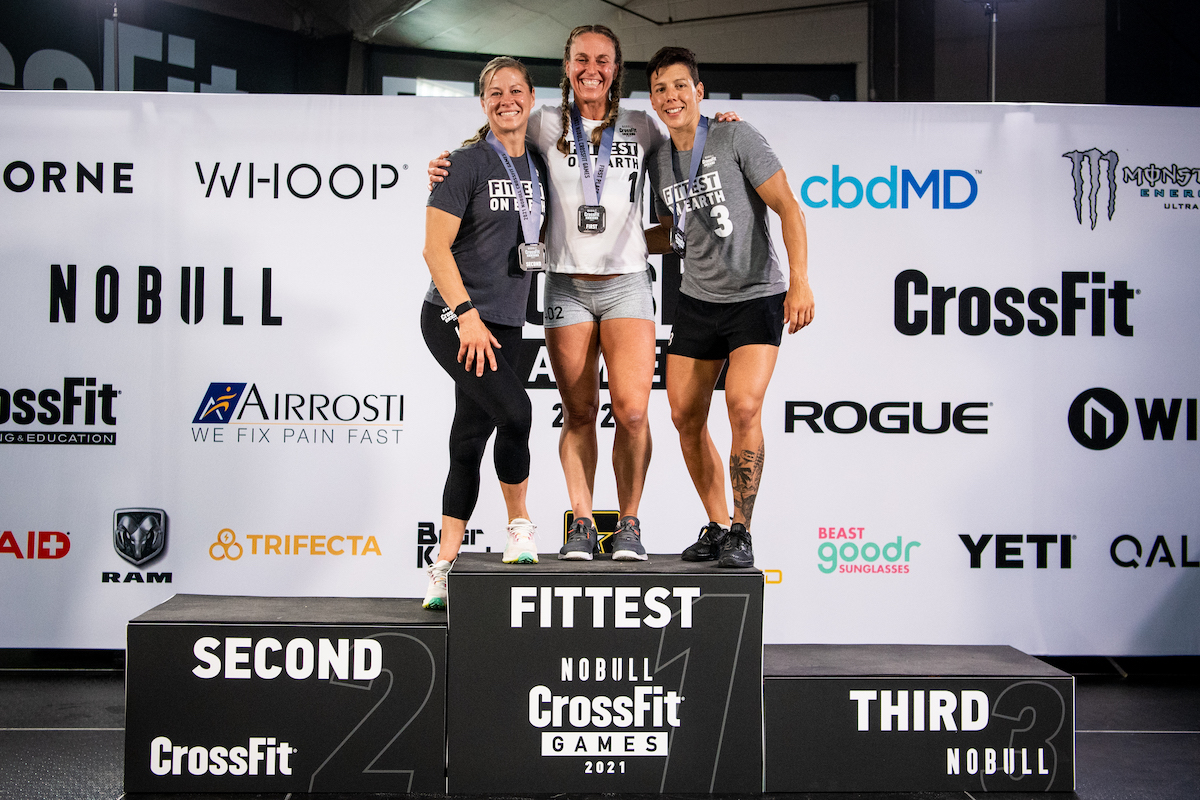 For Jason Grubb, it all came down to the final event.

He’d been closely pursuing fellow Games vet Mike Kern across the first four events, overtaking him for first on Day 3 with a second-place Event 7 finish. Before the final event, Grubb had only a 5-point lead.

But that didn’t matter to Grubb.

“I got it,” he thought to himself, smiling as he picked up the barbell for his final thrusters.

For Annie Sakamoto, pacing paid off.

After a slow and steady climb across seven events, she’s earned her first masters championship — and after a two-year gap following her 2017 and 2016 performances in the 40-44 division.

She took the gold with two event wins and five top-four finishes. 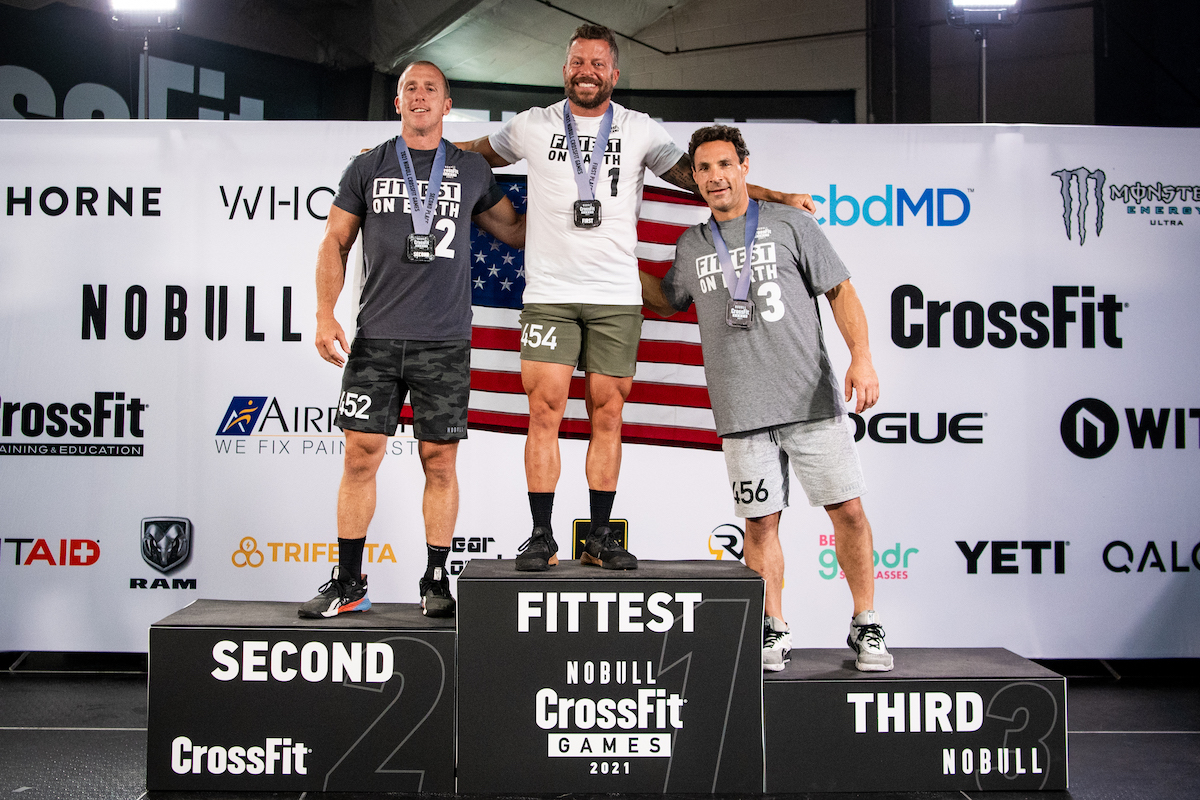 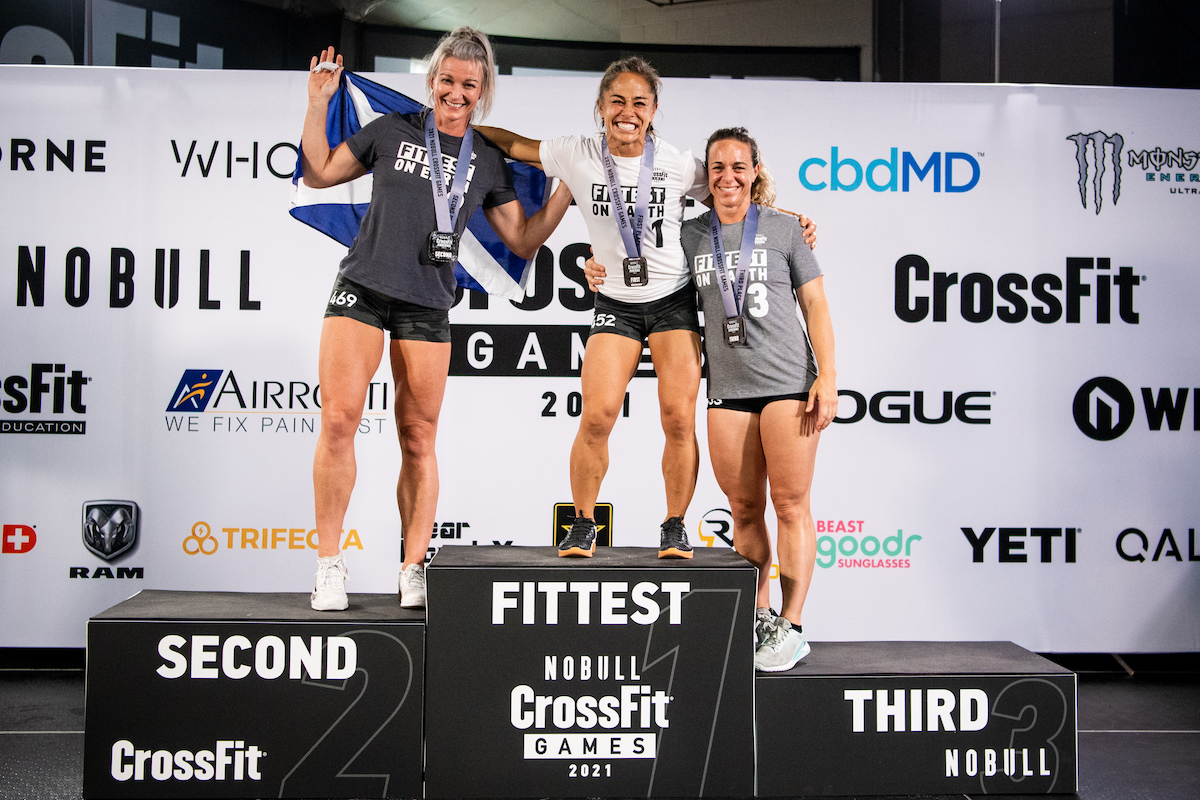 Tia-Clair Toomey’s not the only champion Tia.

After trailing in second behind masters vet Joyanne Cooper for three days, 52-year-old Tia Vesser snatched the top spot with an event win in the 11th hour.

“Oh, I loved it,” Vesser said of the programming for the masters competition after winning Event 9. “It was hard. It challenged us … I gave it all on every one.”

On the men’s side, for two days, Brent Maier led the field.

After he held first place from the end of Day 1 to Day 2, it seemed like this might be his year. But when Bernard Luzi matched his Event 5 win with another on Day 3 plus second in the final, the pair swapped spots, Luzi walking away with gold and Maier with bronze. 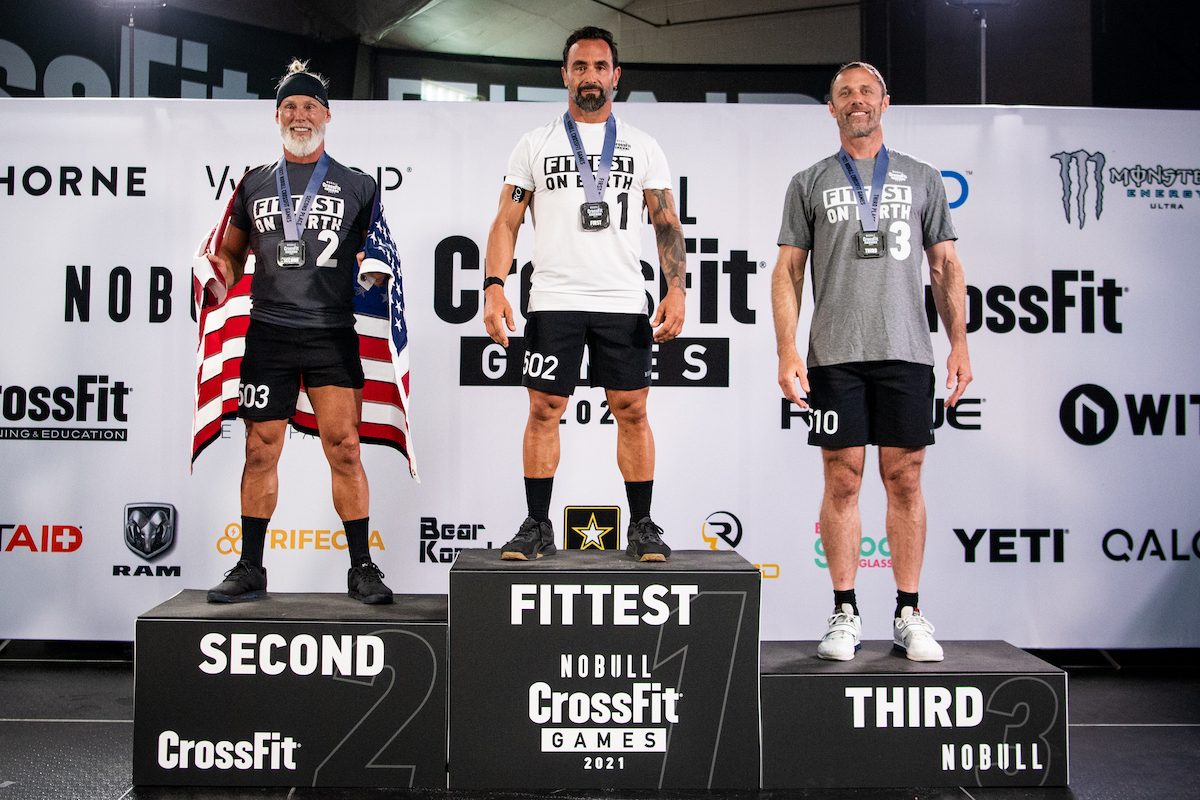 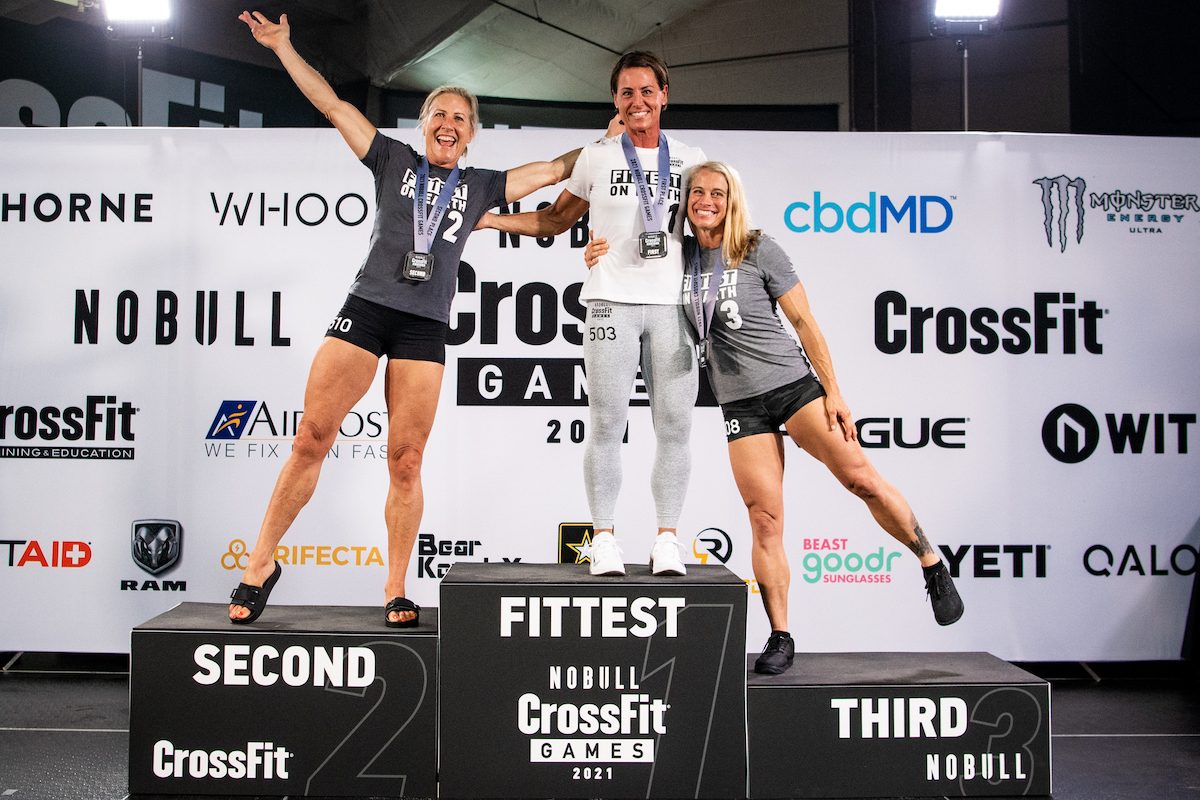 It was a battle of rookies vs. veterans on both sides of the 55-59 division.

For the first two days of the competition, Joanne McCullough and Karen Lundgren — each making their CrossFit Games debuts — held seven-time masters athlete Laurie Meschishnick at bay and out of first.

But the 2019 55-59 champion’s second-place Event 7 finish put her in first with just one event left. Another second-place finish and Meschishnick secured gold.

On the men’s side, a fresh face beat out not one but two former champs: Rookie Vincent Diephuis (55) won the division with four first-place finishes and just one outside the top six. He edged out 2019 champion Rob Bernet as well as nine-time Games master and two-time, multi-division champion Ron Ortiz. 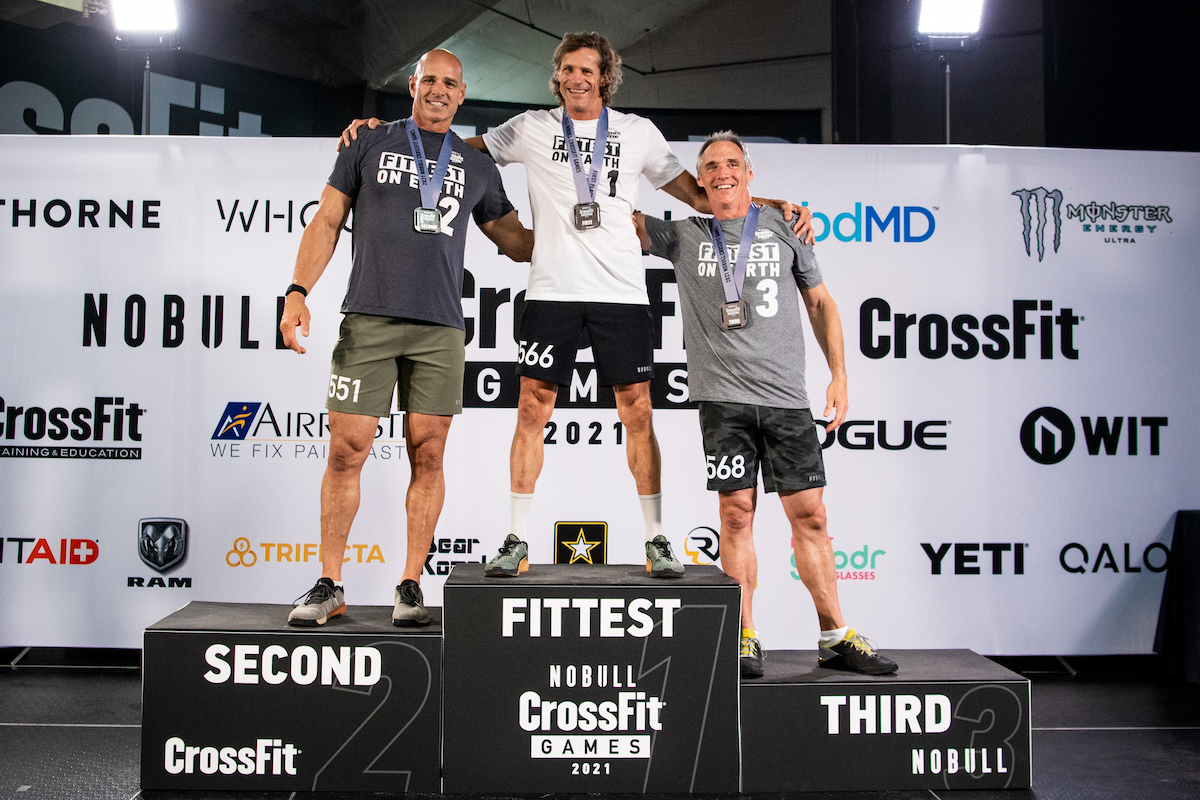 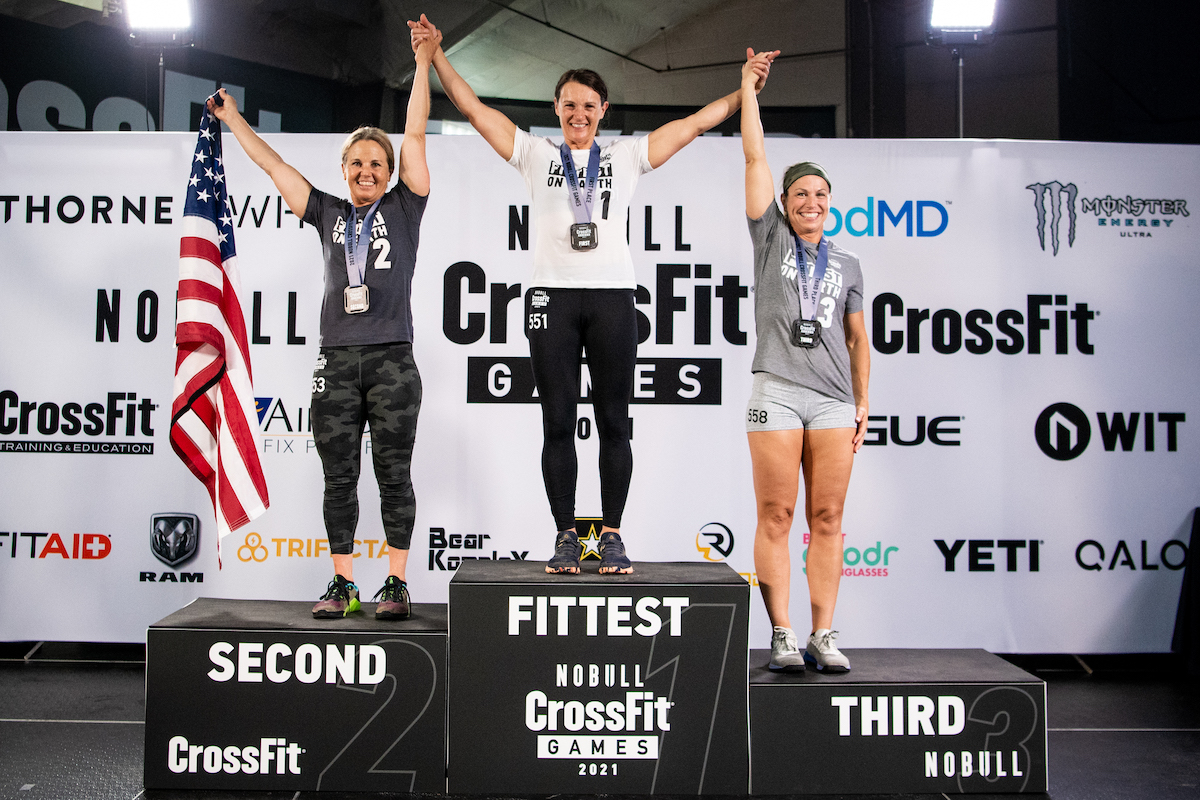 Will Powell made history this week, becoming the first masters athlete to win a championship across three different divisions. The 61-year-old won his first gold in 2014 in the 50-54 division, following the performance with back-to-back victories in the 55-59 division the next two years. In his eight years as a CrossFit Games master, he’s reached the podium five times and won 15 events.

This week, his dominance was uncontested as he manned the leaderboard’s top spot across all three days of competition.

Experience, the Games veteran said, was on his side.

“I train with really young athletes,” she said after winning Event 9 — her fifth event win out of seven total events. “I think that makes a difference; it pushes you hard.” 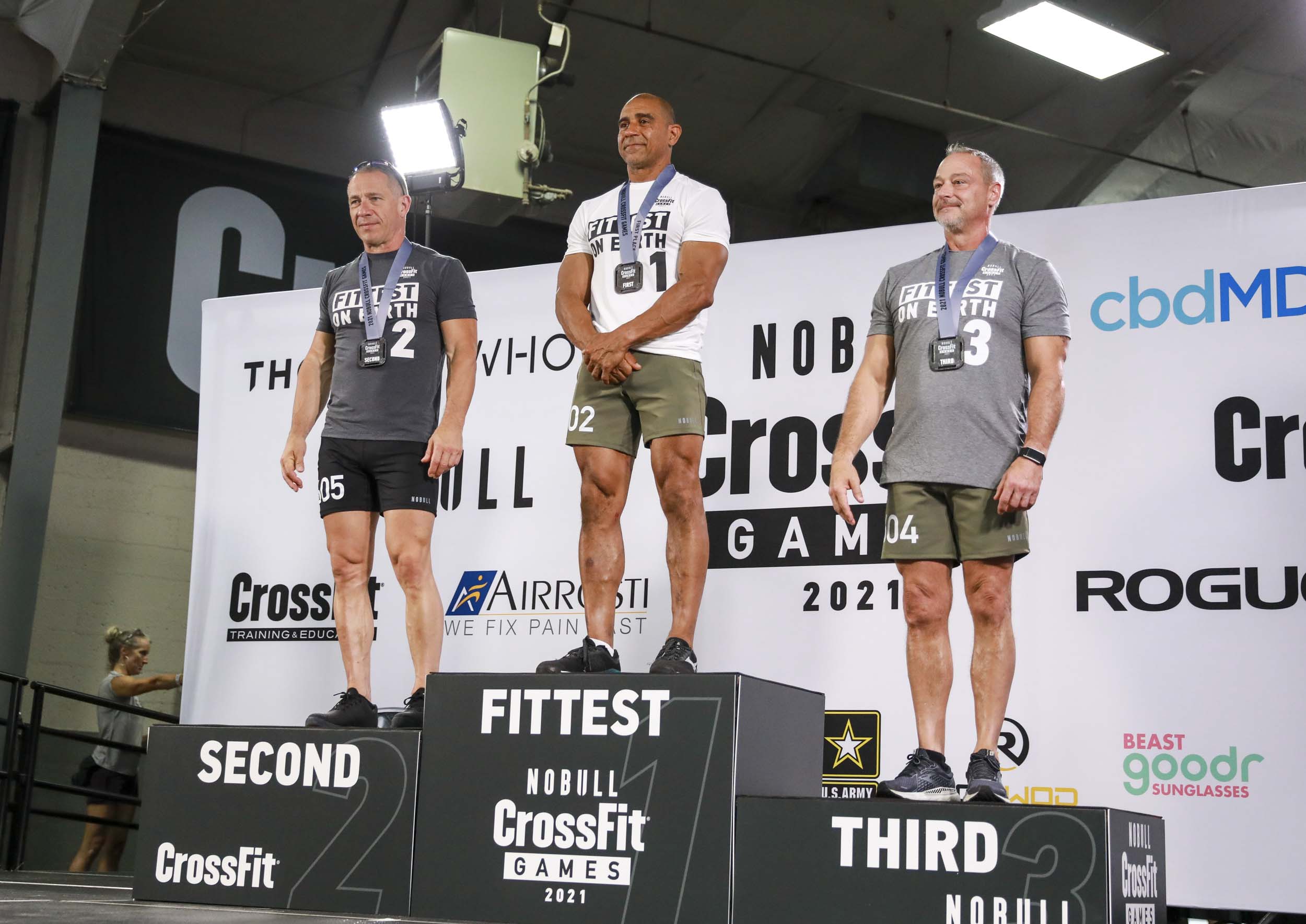 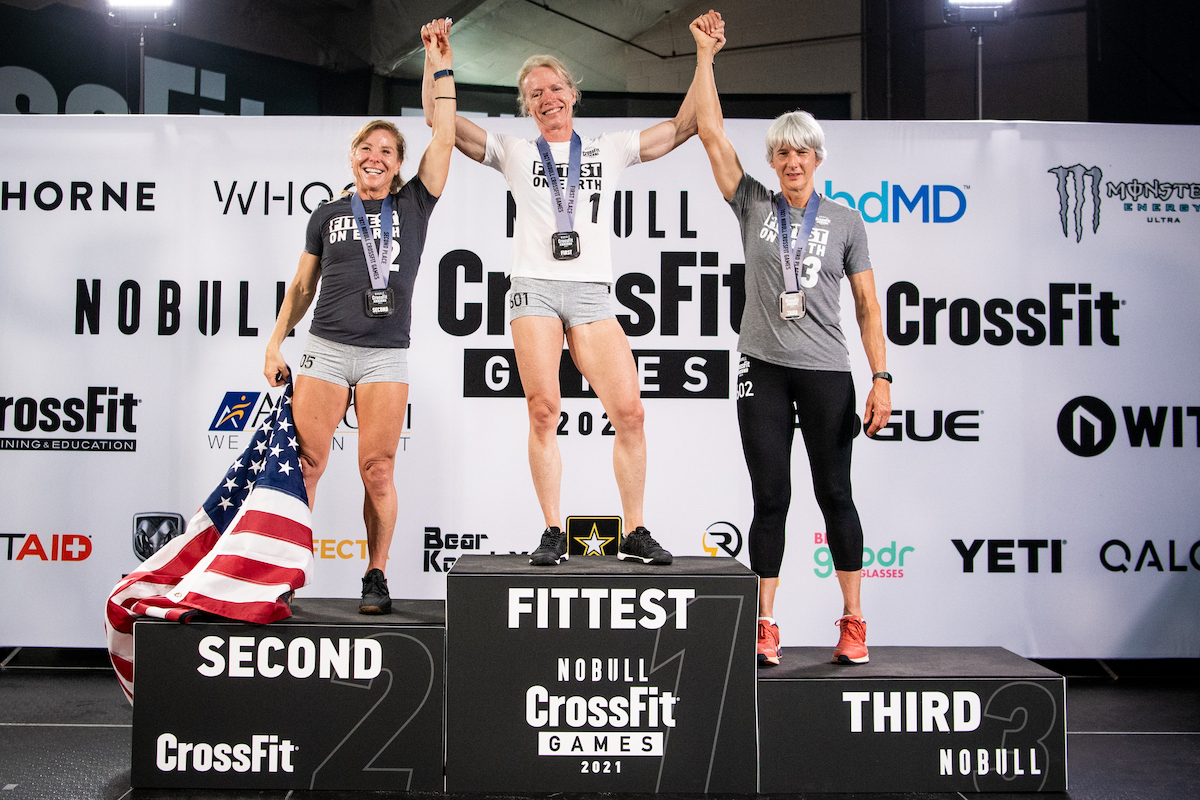 For almost the entire competition, the Men's 65+ competition was all about George Koch: the rookie who held off masters Games veterans Thomas Ackerman and David Hippensteel (Ackerman had three prior appearances in the 60+ division; this is Hippensteel’s ninth trip, and he’s won three times across two divisions).

Koch held the top spot from Events 1 through 7. Meanwhile, a lesser-known name crept up from behind.

CrossFit OwnIt’s Ken Ogden made his Games debut in the 60+ division in 2018. This week, the 66-year-old ended Day 1 just outside podium contention in fourth. But after two event wins on Days 2 and 3 and no finish outside the top eight, Ogden’s leaving Madison as the first champion of the 65+ division.

“I love my friends and family that are here cheering me on,” he said after winning the week’s final event.

As for the 65+ women, there were fewer surprises but more flips and flops.

Few were surprised to see Lidia Beer — a seven-time masters Games athlete and 2012’s fittest 60-something — at the top of the leaderboard at the end of Day 1. Joining her at the top was rookie Patty Bauer, and the pair traded the top two spots all weekend, banking nine top-three finishes between them.

Before the final event, only 20 points separated first-place Bauer from her competitor, and Bauer’s second-place Event 9 finish to Beer’s ninth kept her solidly in gold when the points were counted. 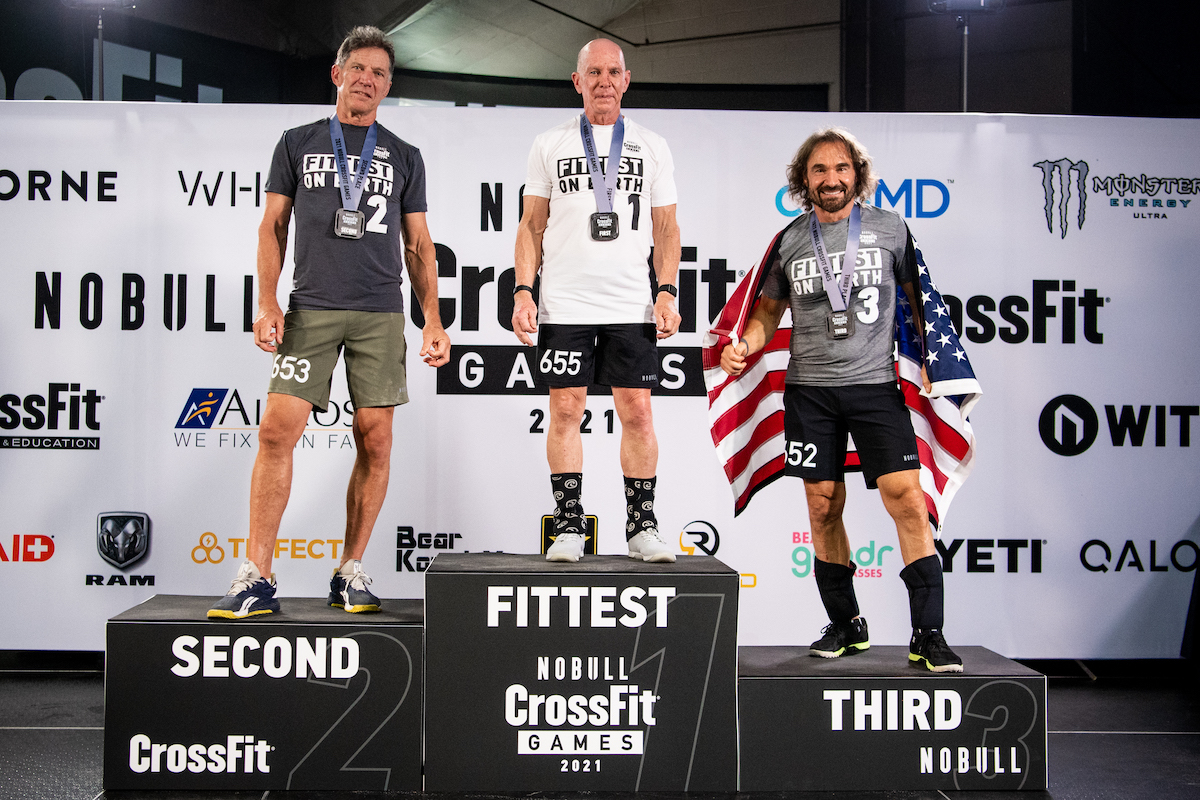 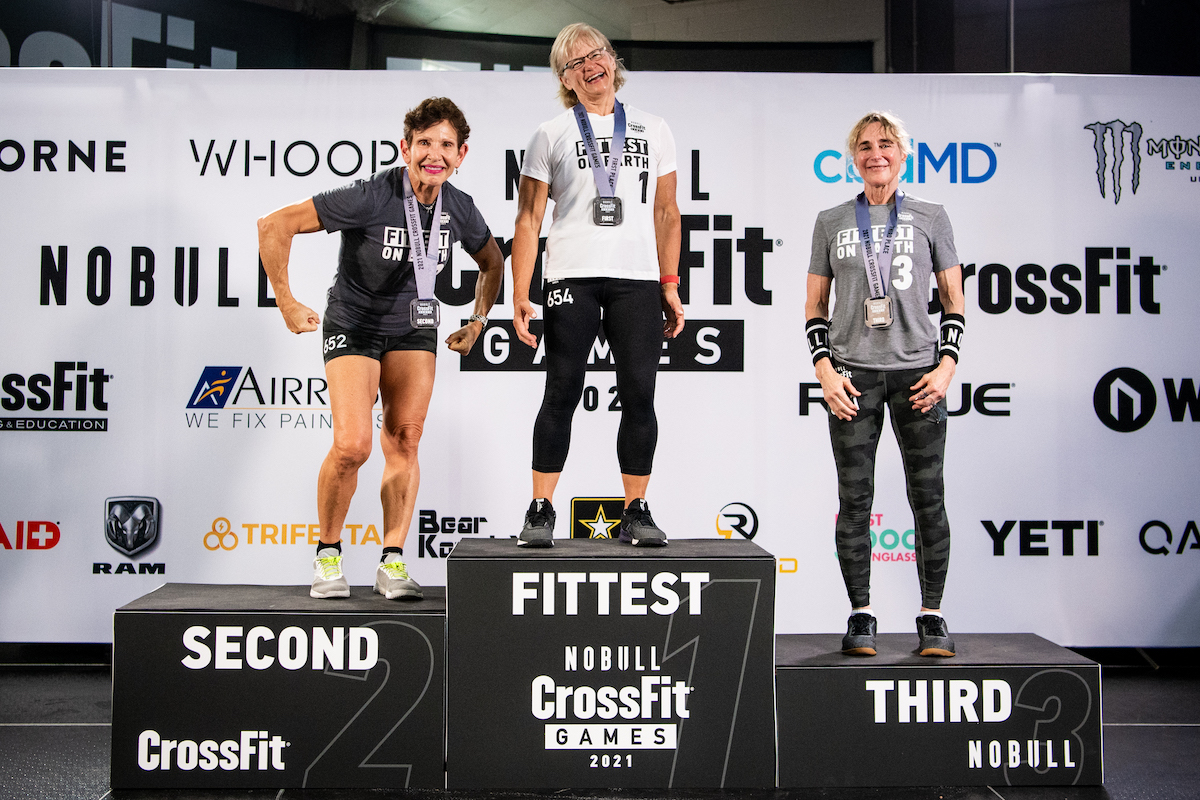