Hundreds of thousands of individuals begin the CrossFit Games season in the worldwide Open; by the end, less than 1% get to compete in Madison. The most elite athletes must have the physical preparedness to make it to the final stage of competition, but brawn alone won’t get them to the top. They also need brains — and not just their own.

For athletes competing at the highest level of the Sport of Fitness, a good coach can mean the difference between making the Games or not. Between a podium spot and a consolation prize. Between silver and gold.

Here’s a look at a few of the masterminds behind CrossFit’s top athletes.

Seventeen-year-old Mal O’Brien faced more than just a field of fit women this year. She competed alongside women years her senior and who had far more Games experience under their belts. She had to face this adversity with maturity, and O’Brien’s coach, James Townsend, set out to make sure she could keep up with the big dogs.

During the Granite Games Semifinal, Townsend — a former NFL player — was focused on preparing the teenager for her first taste of the individual division.

“That’s just life. When faced with adversity, you have to answer it with maturity,” Townsend said.

Because of her relentless attitude and determination, Townsend says O’Brien was good at hiding pain. During the events, he gave her hand signals as cues for when to slow down and breathe.

“I told her to go out there with a shine. Prove to yourself that you have one last push,” Townsend told O’Brien before heading into the last event at the Granite Games.

Adam Neiffer has been in the CrossFit space since 2009 and is one of the most experienced coaches there is. He has the knowledge and strategy, and Medeiros has the ability to execute.

During the Mid-Atlantic CrossFit Challenge (MACC) Semifinal, Medeiros’ attack strategies were exceptional. In Event 4, you could see Neiffer sitting in the stands yelling rep schemes and other cues at Medeiros. After each event, the coach would analyze what position Medeiros was in and how his competitors were performing, then make the next plan of attack.

“Justin’s performance at the MACC impressed me for sure, but I think he showed a lot of how he molded his attack strategies for different events,” Tommy Marquez said.

Keeping Up With the Competitors — Harry Palley

“For most, the Semifinals isn’t about winning. It’s just about qualifying for the Games. But it’s also an opportunity to figure out where your holes lie in relation to some of these other elite athletes,” Annie Sakamoto said.

Heading into the MACC Semifinal, Amanda Barnhart’s coach, Harry Palley, knew Barnhart had the strength and skills to keep up with the likes of Tia-Clair Toomey and Brooke Wells. She just had to believe it herself.

Palley’s focus was to fill in the gaps between Barnhart’s performance and those of the highest-ranked athletes.

“We’ve been working on burpees for a good amount of the year. She’s gotten faster at them. She doesn’t believe that until it’s validated,” Palley said.

Standing on the cutline at the MACC, she did secure a fourth-place finish and a ticket to the Games, where she would lay it all on the table. It was just a matter of grasping the ticket.

It’s Not One Size Fits All — Justin Cotler

The Underdog Athletics crew — led by Justin Cotler — dominated the roster at the West Coast Classic. The decision to put Danielle Brandon, Bethany Shadburne, and Kari Pearce all in the same Semifinal was a tactic to capitalize on the home-court advantage, as the team trains just miles away from the venue in Las Vegas, Nevada.

Training three Games veterans is not a one-size-fits all situation, however.

“I would say in my 14 years of coaching this sport, (Pearce) is the most mentally tough, disciplined, regimented, and habitual athlete. ... She’s a coach's dream,” Cotler said.

It takes a special kind of athlete to make the most out of the coaching they receive.

Although Shadburne finished ahead in the WCC, Cotler wanted Pearce to be ready for the Games and save her strength to give it her all in Madison. 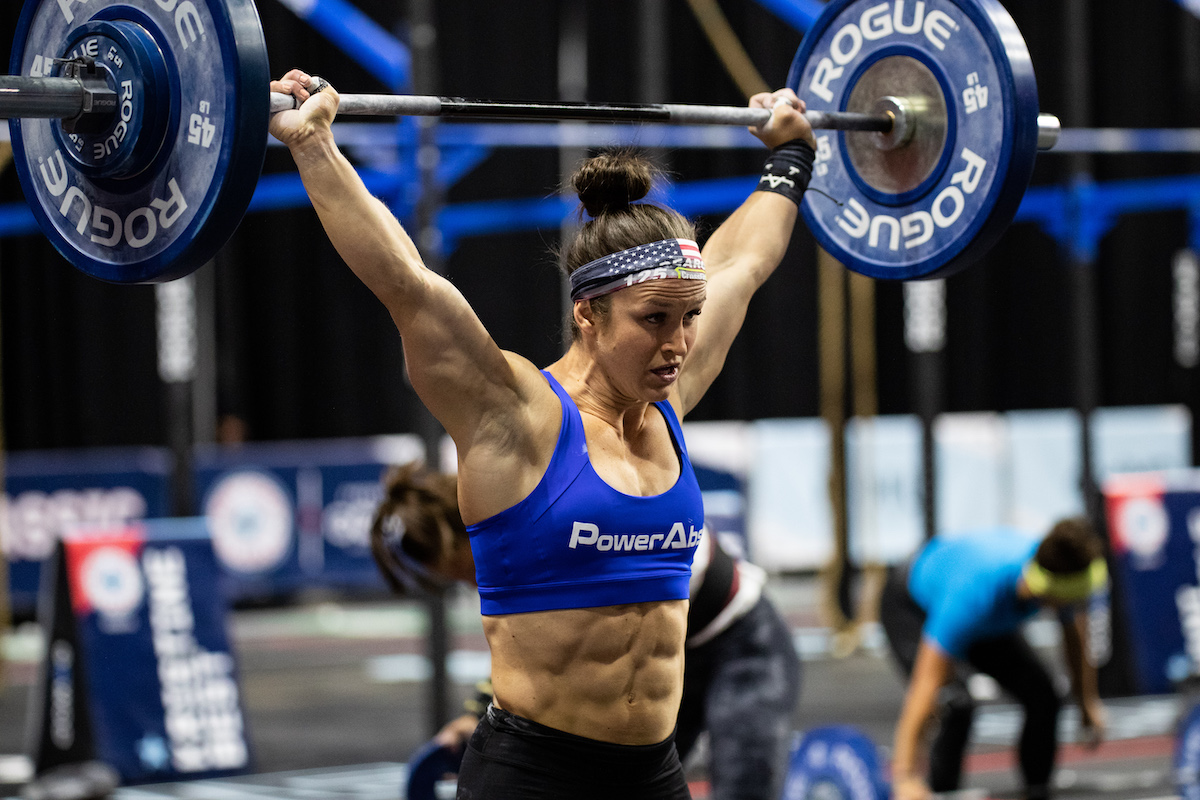 Shadburne’s strength lies in her endurance. Cotler knows how to strategize events and training to emphasize her engine.

“We call her ‘the engine’ … I would put her up against anyone in the sport when it comes to cardiovascular capacity,” Cotler said.

“I’ve never coached an athlete who is as talented as Danielle is. She has everything that you need, athletically, to be the best in the world,” Cotler said.

Although Brandon may have the physical components to succeed in the sport, Cotler said that she does let things get to her, so his job is to continuously build her up mentally.

“I really believe the sky is the limit for her,” Cotler said. “It’s just a matter of time until the light goes on.”

Chandler Smith had a lot to prove this year after narrowly missing the top five and a trip to The Ranch at the 2020 Games.

“Missing the Games last year felt really awful, but I think it also triggered a lot of reflection for me. And if it were not for the pain and emotional significance of that time and that event, then I don’t think I would have had the depth of the reflection that I did,” Smith said.

Chandler Smith may be one of the best CrossFit athletes physically, but Bergeron was there to help with the mental side of the game.

Smith said he appreciated “having someone who is so knowledgeable about the mental side of the sport and is helping you stay regulated and focused. … when you feel comfortable with the movements, the only thing standing between you and a good performance is how bad you are willing to hurt.”

The Granite Games was a confidence booster for the Games veteran. With Bergeron’s help, he felt the fire reignite with a second-place finish.

Tia-Clair Toomey is the most dominant CrossFit athlete. But staying at the top is the hardest part.

Shane Orr knows Toomey has the talent to continue dominating the sport and reinforces his confidence in his wife. That is what keeps her fire ignited.

“When you talk to Shane and hear him, he believes in you … and you’re like, ‘Wow, you believe in me? If you believe in me, I believe in myself,’” Toomey said. “He makes you realize how bad you really want it. He’s my secret weapon.”

Of course, even having the best coach in the world doesn’t guarantee a podium finish — or even a spot at the Games. It still comes down to the athlete to put in the work and perform when the moment arrives.

But when top athletes and coaches work in tandem? That’s what creates the Fittest on Earth.

Watch full episodes of the Miles to Madison series on the CrossFit Games YouTube page.