The 2022 Individual Quarterfinal kicked off on Thursday, March 24. Over the course of three days, athletes will undergo five tests to determine who will advance to the next stage — Semifinals.

In the first 24 hours, athletes had to complete Workout 1, a descending ladder of lunges and handstand push-ups, and Workout 2, 3 rounds of 30 alternating single-leg squats, 30 GHD sit-ups, and 10 muscle-ups.

Day 1 has already brought a few surprises as new names and old favorites vied for top spots on the continental leaderboards. Here's a look at what went down in the first 24-hour window of score submissions.

Note: All scores are unofficial and may change throughout the weekend as videos are reviewed. The leaderboard is scheduled to be finalized on Friday, April 1.

Current leader Svetlana Veselova participated in her very first CrossFit Open last year at the age of 33, advanced to Quarterfinals and finished fourth, and just missed the 2021 CrossFit Games by one spot at the Asia Invitational Semifinal. She is determined to advance to the Games this year.

Six-time Asia Regional competitor Yuko Sakuyama out of Japan has been excelling this year. She is competing as a master for the first time in the 35-39 division but is still one to look out for within the individual division.

A rookie from the 2021 CrossFit Games currently sits in fifth overall. Korea's Seungyeon Choi is looking for another ticket to the Games this year and will be one to look out for in Workout 4. 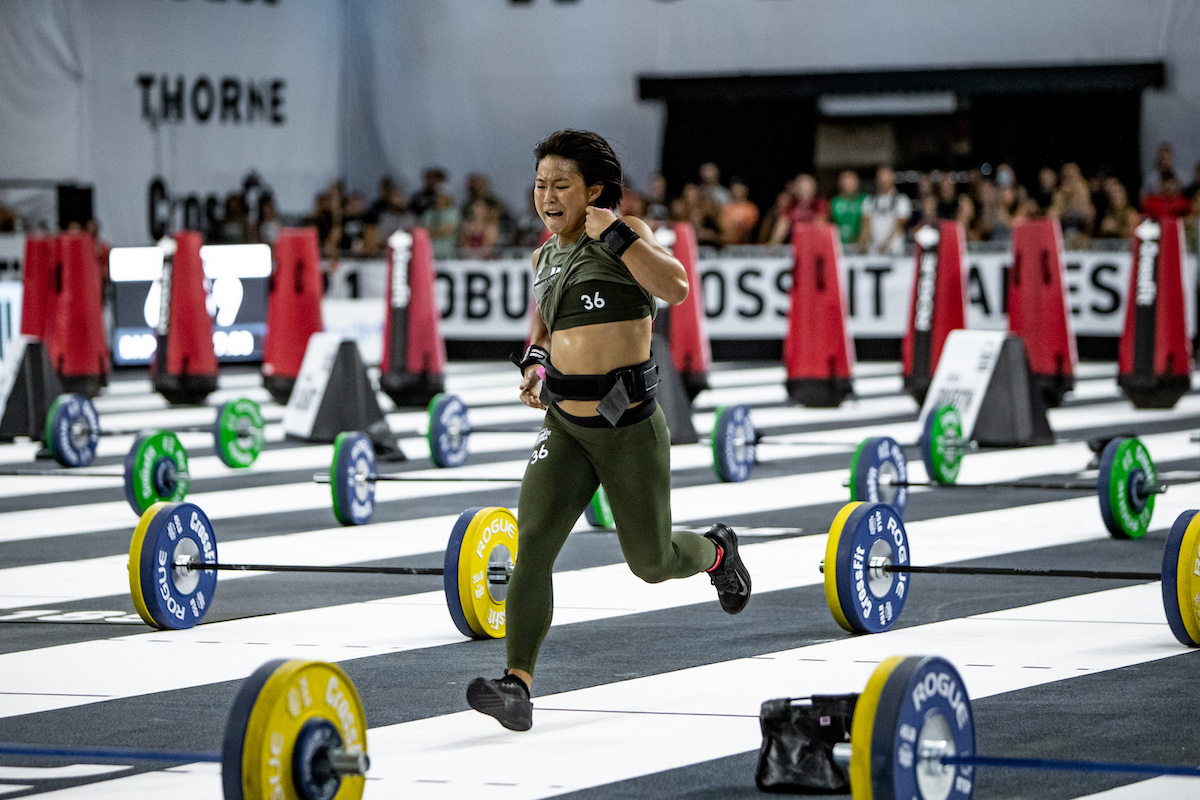 It's not surprising to see two-time Games athlete Aleksandar Illin at the top of the leaderboard after Day 1. Illin finished Workout 1 in first and Workout 2 in second.

Roman Khrennikov is also jumping his way to a top position, finishing Day 1 in third on the Asia leaderboard. Khnrennikov has been completing his workouts at CrossFit Mayhem, proving that his new U.S. visa is a bonus to his 2022 season. His strength has noticeably improved over the past year, and he will be one to watch heading into Workouts 3 and 4.

Lee Keyrouz is a relatively new name at the top of the leaderboard. Last year, the South African made her debut at Quarterfinals and advanced to Semifinals but didn't quite grab a ticket to the Games. This may be her year. Keyrouz took home the first-place finish in Workout 1 and logged the fourth-best time in Workout 2.

Tied for second place are Leeverne Engelbrecht and Michelle Merand. Like Keyrouz, Engelbrecht made her debut at Quarterfinals last year, also advancing to Semifinals. Merand, meanwhile, isn't as new to the scene. She competed at the 2019 CrossFit Games and is a two-time Regional athlete. 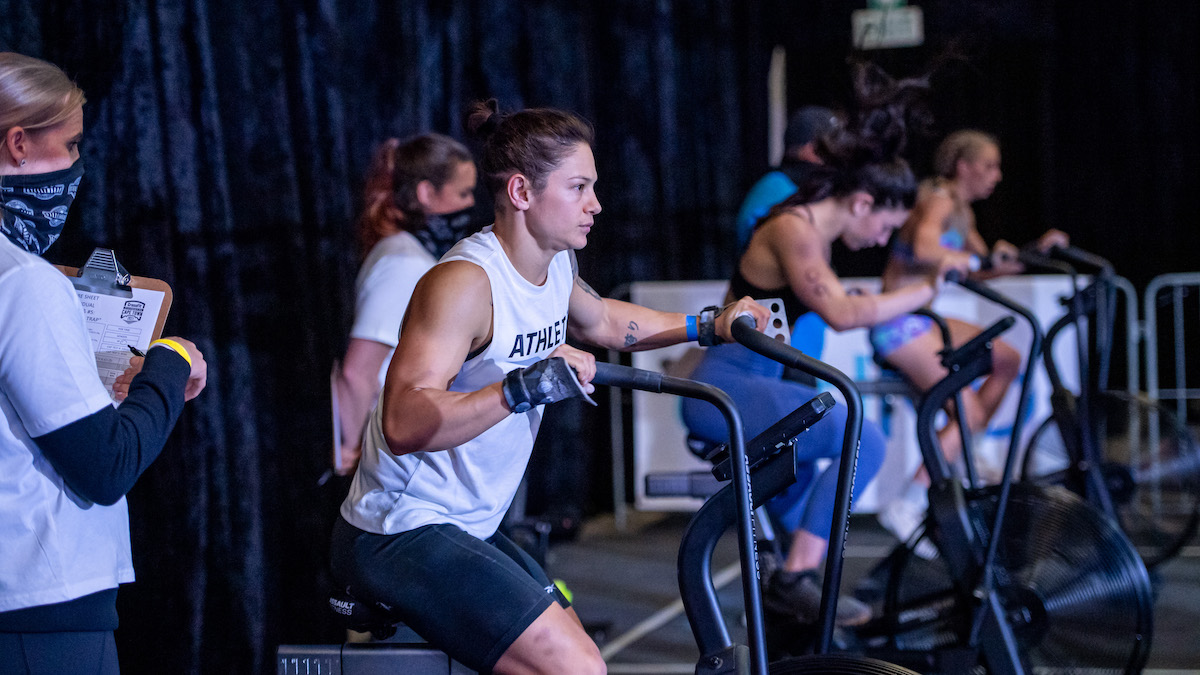 South Africa's Kealan Henry took a clean sweep of the first two workouts of the weekend. He had a great start to the season last year, finishing the 2021 Open as the fittest man in South Africa and ranking second in the Individual Quarterfinals. However, a few mistakes at the Fittest in Cape Town Semifinal cost him a ticket to the Games by two spots.

With one more year of experience under his belt, Henry could be in contention for an invitation to the 2022 Games.

Sitting in second place overall is 20-year-old Darren Zurnamer, who made his debut at the Individual Quarterfinal and Semifinals last year. He finished Workout 1 in second, with a time of 7:51, and Workout 2 in fourth, with a time of 8:20. 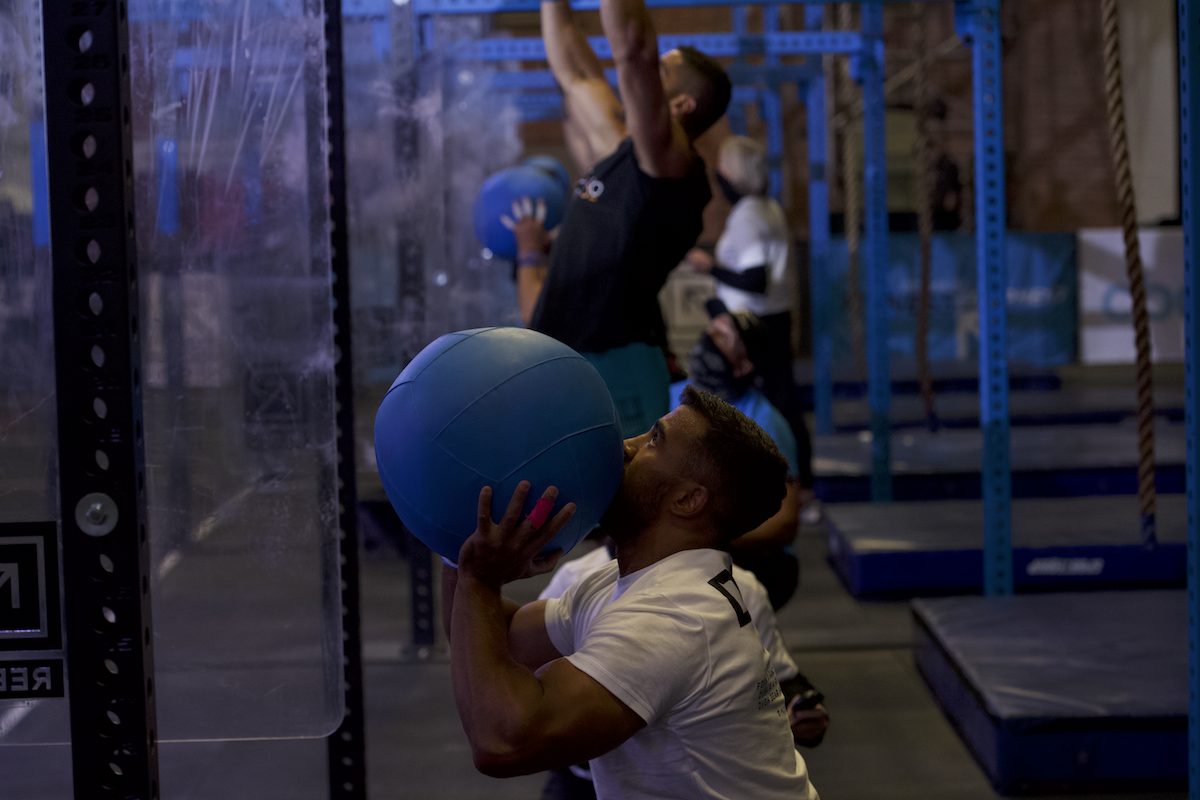 Sara Sigmundsdottir has hit several roadblocks since tearing her ACL in March last year, halting her 2021 season. At the 2022 Wodapalooza CrossFit-licensed event, Sigmundsdottir withdrew from the third event after aggravating her knee.

Heading into the 2022 season, and after several MRI scans, she said she still has a fighting chance this year, and she is doing great so far. The six-time Games athlete from Iceland finished Workout 1 in second with a time of 5:50 and Workout 2 in seventh with a time of 8:11. The real test of her recovery will be Workout 4, which calls for 1 clean, 1 bench press, and 1 overhead squat.

Sitting in second place overall is Lucy Campbell from the United Kingdom, who looks to be a big breakout European woman this year. After coming onto the scene last year and making it to the Last-Chance Qualifier, Campbell finished just outside the podium at the 2022 Wodapalooza event.

Laura Horváth had a rough start to Quarterfinals as she was tested on one of her biggest weaknesses, handstand push-ups, in Workout 1, taking 90th place. The second-fittest woman on Earth currently sits in 39th, but her strengths will surely move her up the leaderboard after Workout 4. 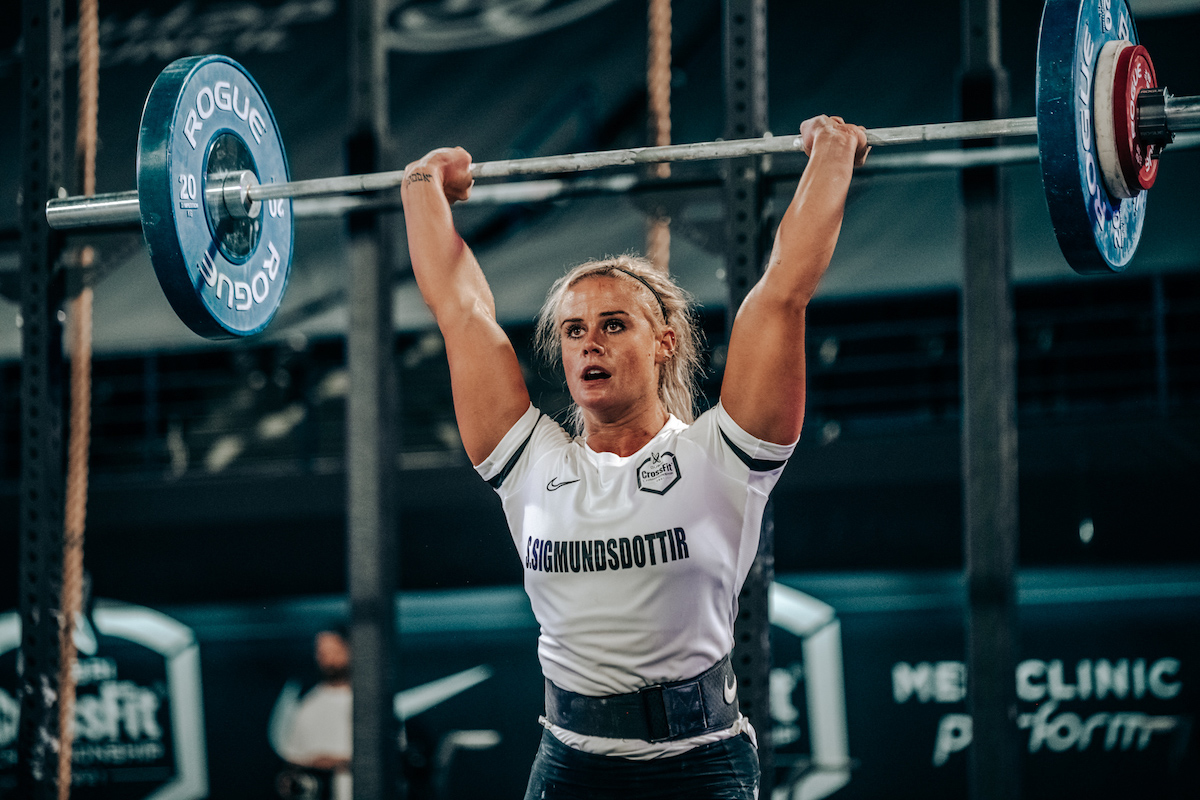 A few surprising names appeared at the top of the leaderboard after Day 1. Current leader Enrico Zenoni from Italy first qualified for the Individual Quarterfinals last year, finishing in 109th. He is looking strong heading into 2022.

Seventeen-year-old Emma Lawson is proving exactly why she was chosen to be an Open-announcement athlete for 22.2. She is this season's "Mal O'Brien and Emma Carry" as the teen looks to make strides in the individual division. Lawson is paving her own path this year, however, winning Individual Quarterfinal Workout 1, something neither O'Brien nor Carry achieved.

2022 Open champion Mal O'Brien is backing up her Open performance heading into Quarterfinals. She stands in second place, tied with Kristi Eramo O'Connell after Day 1.

Three-time Games athlete Kaela Stephano seems to be having a bit of a comeback year after her Day 1 standings. After competing in the 2018 CrossFit Games in the Girls 16-17 division, Stephano had a few years of training before she was competitive enough to advance past the Open within the individual division. She competed in the Individual Quarterfinals and advanced to the CrossFit Atlas Games Semifinal last year and is heading in the right direction this season. 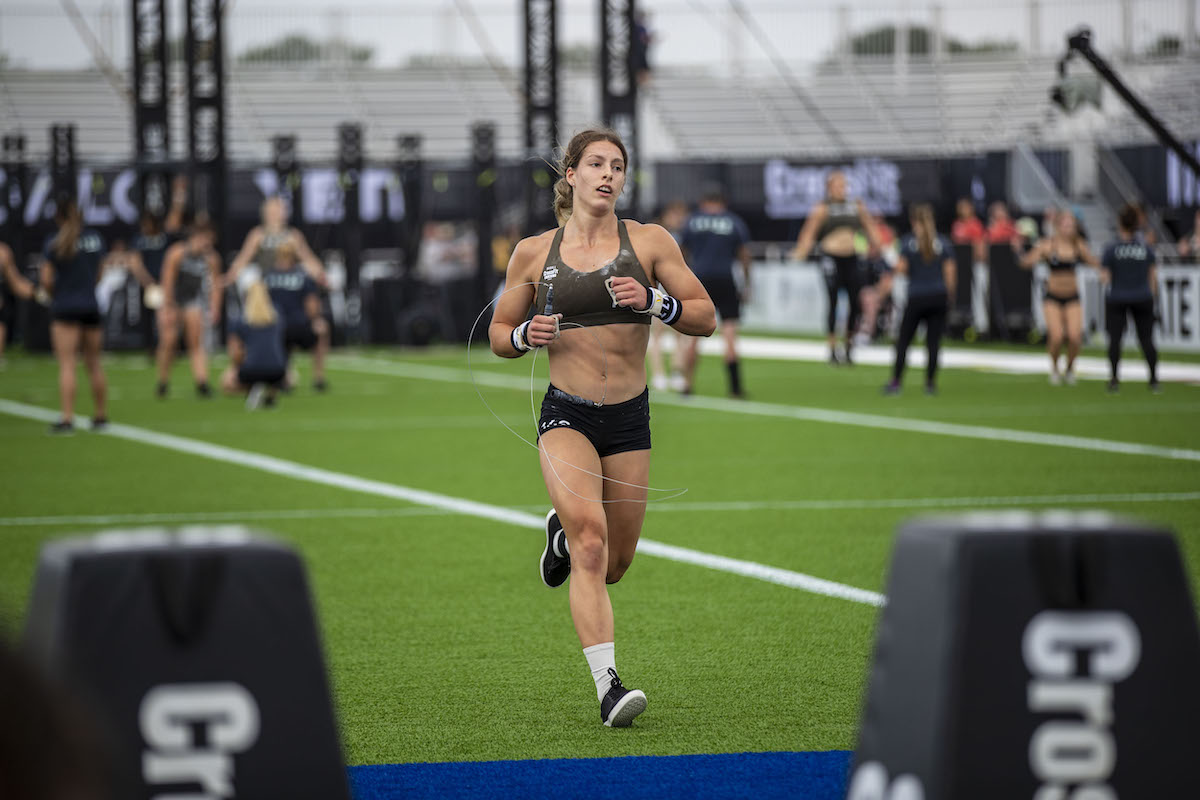 The 2021 Fittest Man on Earth is back and not ready to give up his crown anytime soon. Winning Workout 2 with a time of 6:56 and taking fifth in Workout 1 with a time of 6:21, Justin Medeiros sits at the top of the leaderboard after Day 1.

The Panchik brothers split up their programming this year, with recently-retired Scott doing his own programming, Saxon at PRVN, and Spencer with Brute Strength, and it seems to be working. Spencer and Saxon both sit toward the top of the leaderboard after Day 1.

Speaking of Scott, might he be pulling a "Tom Brady" with his so-called “retirement” this year? Scott stated he would see how far he could get with a reduced training schedule in his retirement. However, it seems as though he could easily crank up the training for the Semifinals and CrossFit Games.

Five-time reigning CrossFit Games champion Tia-Clair Toomey just took a clean sweep of the first two workouts of the Individual Quarterfinals and is not letting up anytime soon. With her two victories, Toomey now has won six of the seven continental workouts.

With just three CrossFit Games spots up for grabs at the Torian Pro Semifinal in May, the Oceania women's field will be one of the hardest to qualify. The Quarterfinals in Oceania will be a preview of the battle at the Torian Pro.

The predictable top three — Toomey, Kara Saunders, and Jamie Simmonds — have several athletes at their heels fighting for a ticket to the Games. Fun fact: Toomey, Saunders, and Simmonds have only competed against each other live three times, once at the 2014 Australia Regional and at the 2017 and 2018 CrossFit Games.

Some new names are gravitating toward the top of the men's Oceania leaderboard at the close of Day 1.

Overall leader Ben Fowler qualified for the Individual Quarterfinal and Semifinals for the first time last year, finishing his season in 18th at the Torian Pro.

Surprisingly, long-time Games veterans are hanging out in the middle-to-the-back of the top-30 qualification range after Day 1: four-time Games athletes Zeke Grove and Brandon Swan in ninth and 18th, respectively, and eight-time Games athlete Rob Forte in 20th.

Three-time Games athlete Melina Rodriguez had a completely different plan heading into the start of the 2022 season. Though she had decided to join Team Mayhem Libertad for the 2022 season, the team was disqualified for not meeting the team eligibility criteria, forcing Rodriguez to return to the individual division this year. Since moving to the individual division in 2018, Rodriguez has shown real talent as an individual athlete and has the potential to return to the CrossFit Games this year.

Twenty-year-old Luiza Marques has great potential within the individual division this year and is looking toward her first CrossFit Games as an individual competitor. She is a three-time teen Games athlete and competed on a team at the 2021 CrossFit Games. This may be her crossover year. 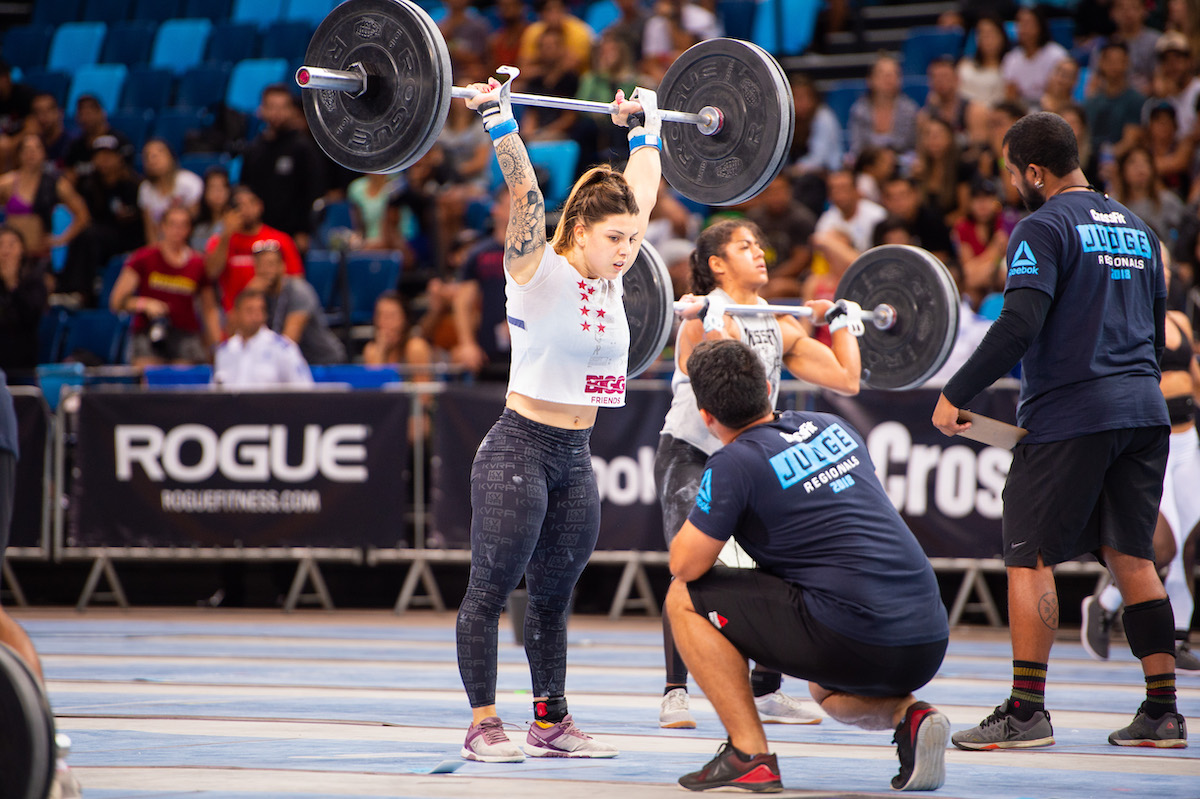 The leaderboard’s top two men have consistently led the pack for South America. Agustin Richlme is the three-time fittest man in Argentina and a two-time Games competitor (2019 and 2021). Omar Martinez, who sits in second, is the four-time fittest man in Venezuela and a 2019 CrossFit Games athlete.

All eyes are on 22-year-old Gui Malheiros, whose name became one of the most popular during the 2021 CrossFit Games season. Currently sitting in fifth after Day 1, the youngster will most likely jump to the top of the leaderboard after Workout 4. 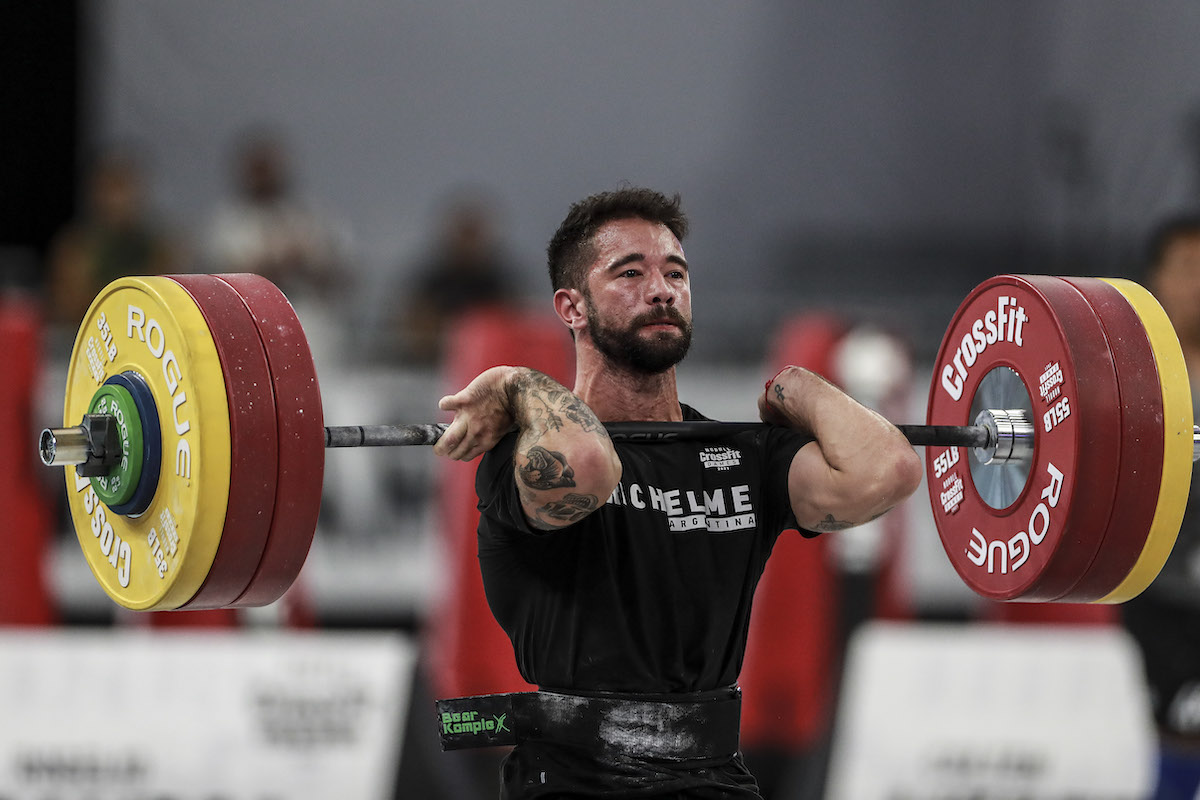 Heading into Day 2, athletes will tackle Workout 3 and Workout 4. The leaderboard will continue to shift over the next few days.