The 2021 CrossFit Open starts tomorrow. The Open is a three-week online competition and a special part of the year during which hundreds of thousands of athletes unite to compete, measure their fitness, overcome challenges, and set new personal bests.

The Open, which runs March 11-29, is also the gateway to the 2021 NOBULL CrossFit Games season, and the first step for athletes hoping to qualify for a spot on the competition floor at the culminating event of the year, the CrossFit Games.

For the first time since 2018, CrossFit is hosting the live Open announcements from its home office in Scotts Valley, California. General Manager of Sport Dave Castro will reveal the week’s workout at 5 p.m. PT, on Thursday, March 11 and 18, and 12 p.m. PT on Thursday, March 25.

Immediately after the announcement, two of the best in the sport of CrossFit will complete the workout head-to-head. Athlete matchups for each week have been announced here.

Don’t miss a moment of this year’s live announcements. Keep reading to learn how, where, and when to watch the kickoff of the 2021 NOBULL CrossFit Open.

How to Watch the Live Open Announcements 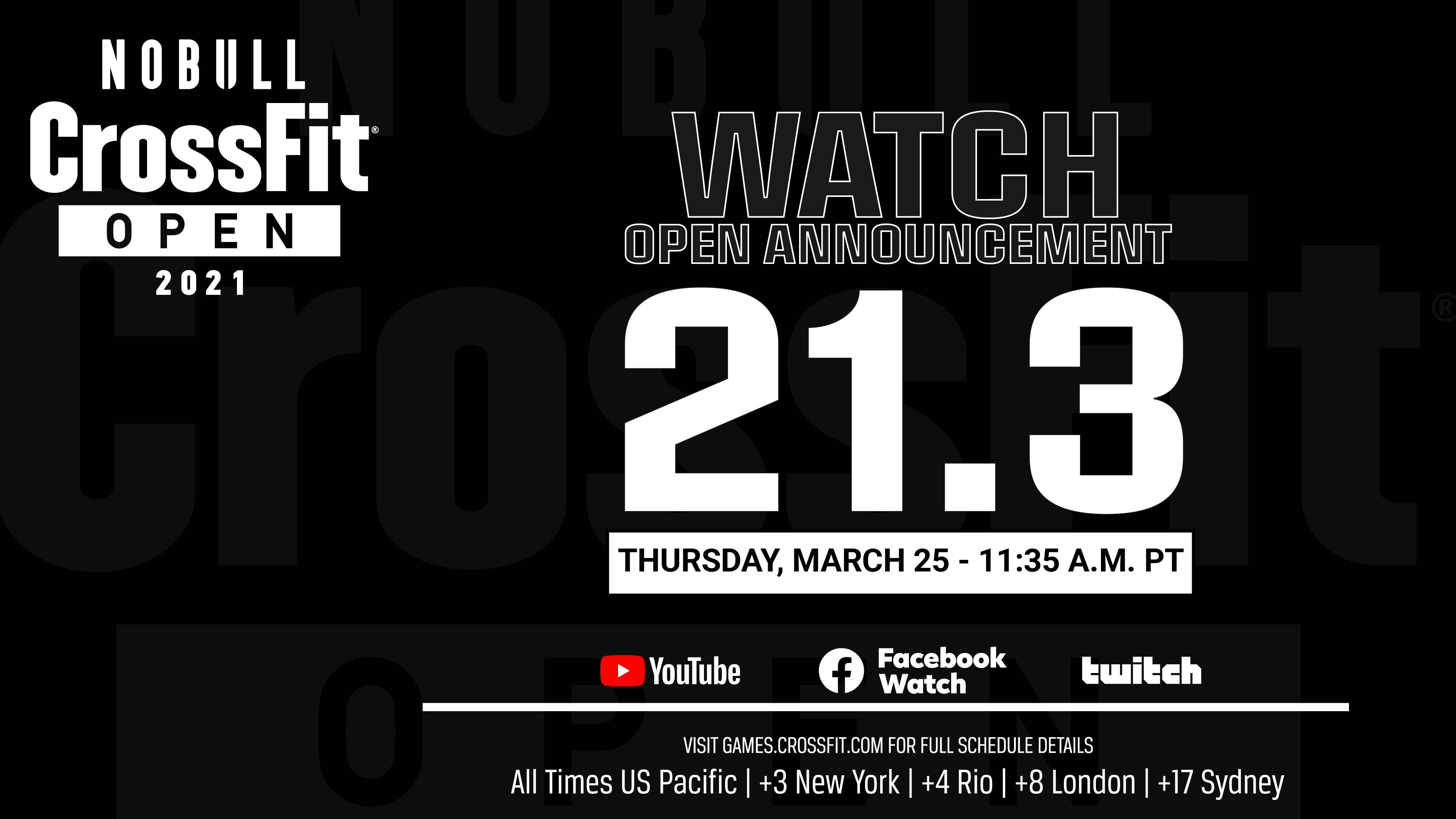 Open Workout 21.3 will be announced live on Thursday, March 25, at 12 p.m. PT. Don't miss the sibling showdown as Scott, Saxon, and Spencer Panchik take on the workout as soon as it's announced at the CrossFit Home Office in Scotts Valley, California.

Watch on the CrossFit Games site