The Open leaderboard is now official. While most of us will transition from competitors to spectators of the CrossFit Games season, the top 10% of athletes after the Open are now eligible to move on to the Individual Quarterfinal, which will take place this Thursday through Sunday, March 24-27.

But before we move on, let’s look back at this year’s Open and take stock of the notable stats and performances that belong in the annals of CrossFit Games history.

At 18 years old, Mallory O’Brien is the youngest athlete to win the CrossFit Open. The title was previously held by Annie Thorisdottir, who won the Open in 2011 at 21 years old.

This isn’t the first time O’Brien has beaten a record set by  Thorisdottir. At the 2021 NOBULL CrossFit Games, O’Brien also became the youngest Games event winner at just 17 years old. Thorisdottir previously held this record after an event win at age 19 at the 2009 Games. 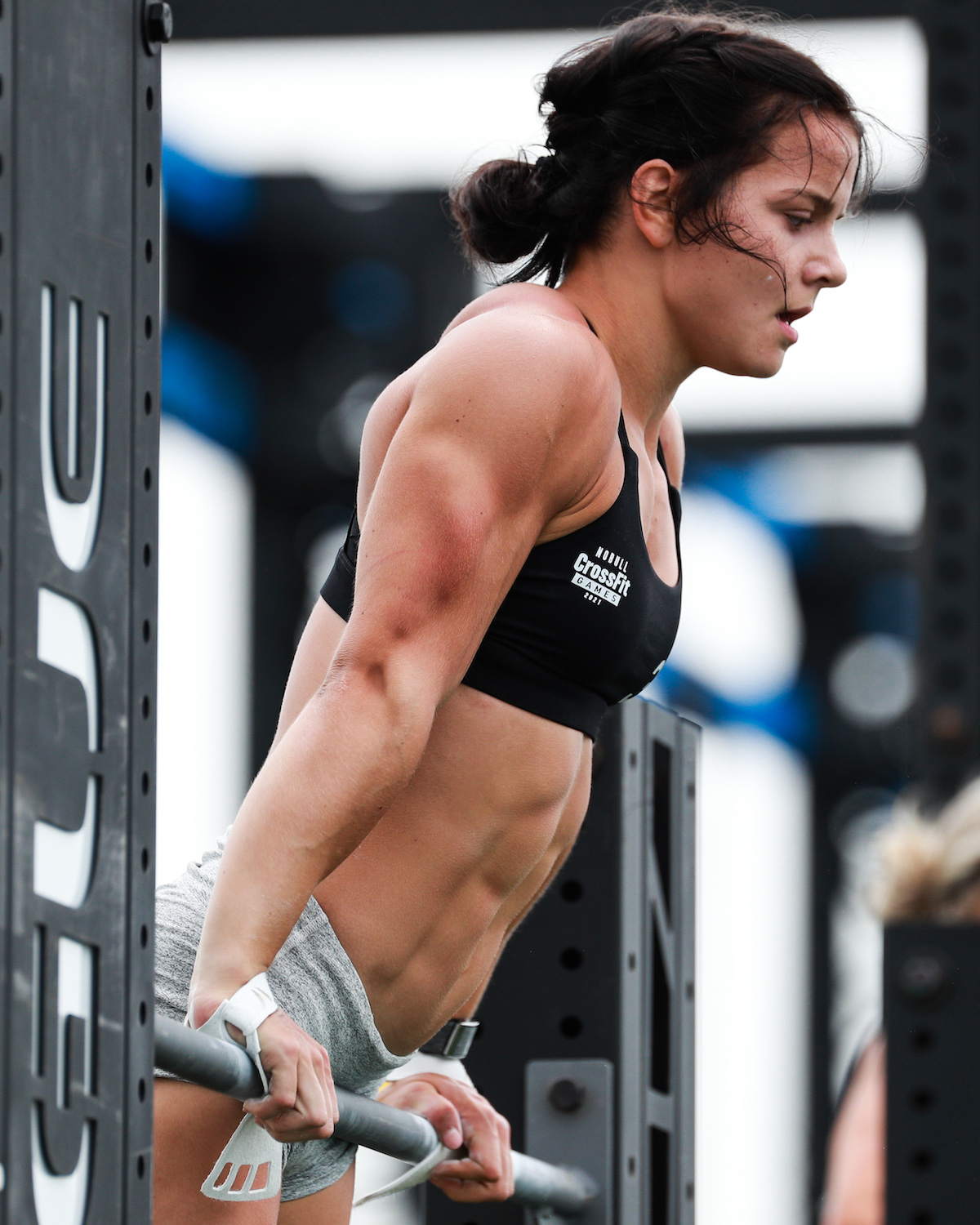 This year, O’Brien won two Open workouts, which is the eighth time a woman has won multiple workouts in the same Open. These wins enabled her to shatter the record for best average Open workout placement, coming in at an average of1.333 place. The previous record was held by Samantha Briggs, who held a 3.200 average in 2013. Of course, the caveat is that the 2022 Open only had three scored workouts, whereas 2013 had five. However, there were roughly twice as many competitors in this year’s Open compared to 2013.

Despite earning first place in 22.2 and second place in 22.3, Tia-Clair Toomey was not able to beat the super teenager overall. Toomey had to settle for second by just four points, falling short of defending her overall Open win from 2021. Still, for Toomey, who for most of her career was not a dominant Open athlete, taking second place worldwide after coming off a bobsled season sets her up nicely for the rest of the Games season, where she seeks her sixth consecutive Games championship. A sixth win would secure her the all-time record for Games gold.

Haley Adams had her best career Open performance. This year she came in third place worldwide. Her previous best was 10th in 2021.

Adams, who is 21 years old, joined the women’s Open podium with Toomey and O’Brien to form the youngest top three in Open history. With an average age of 22.3, the women’s podium was exactly two years younger than the previous record holders, the top three men in the 2012 Open, who averaged 24.3 years of age. 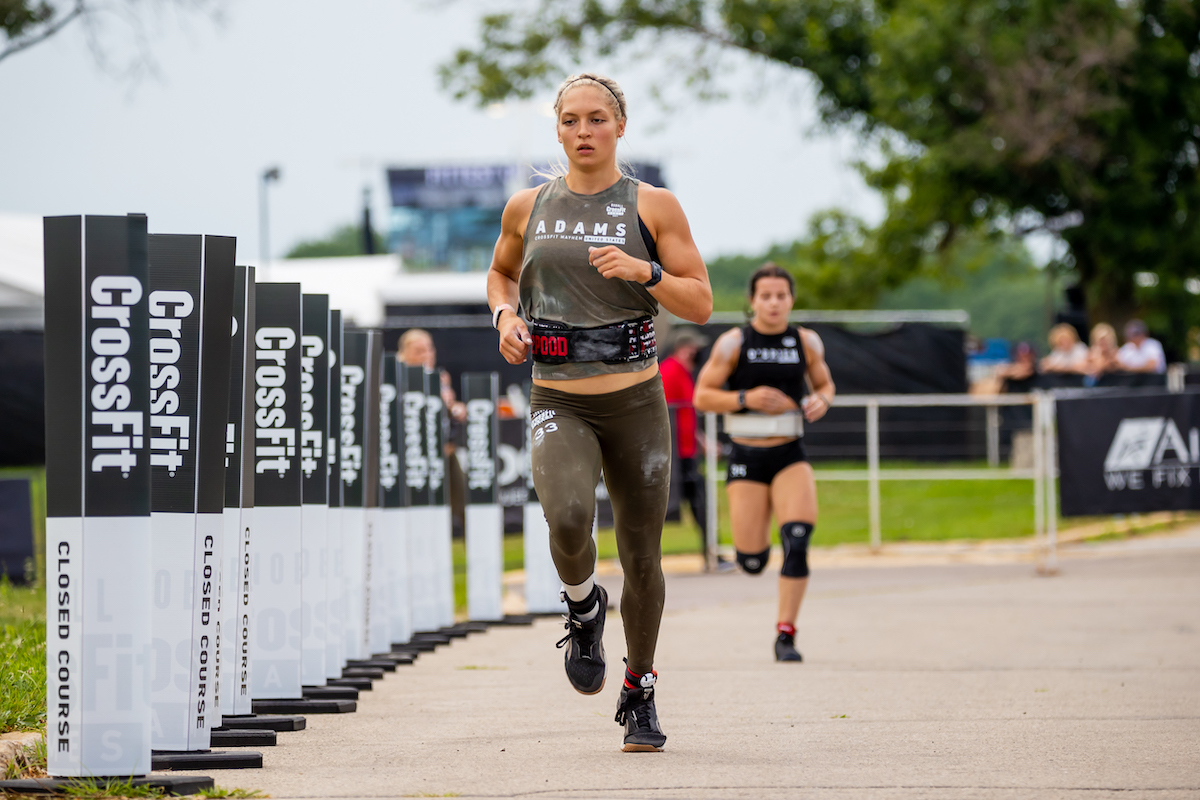 Saxon Panchik took the worldwide Open win for the men. This is the first time a Panchik has won the Open. His older brother Scott had his career best in the Open last year when he earned second place overall. Saxon betters his own previous best when he took fourth place in the Open in 2021. Also, last year Saxon was fifth overall at the Games. His overall Open win could give him the momentum to put a Panchik on the Games podium for the first time as well.

Matt Poulin took second overall in one of the biggest surprise performances of the Open. The former collegiate baseball player’s prior best Open placement was 76th in 2019. Not a completely new face, Poulin came in 13th at the West Coast Classic Semifinal in 2021. Of the 72 different athletes who have earned a spot on the Open podium over the years, Poulin is just the third to have never competed at the Games before.

Reigning Fittest Man on Earth Justin Medeiros came in third place, which is another career best for him. Previously, his best Open finish was last year’s 57th place worldwide. After landing in the top three this month, coupled with his win at the Rogue Invitational last October, Medeiros is riding a wave of momentum as he looks to defend his title this August. 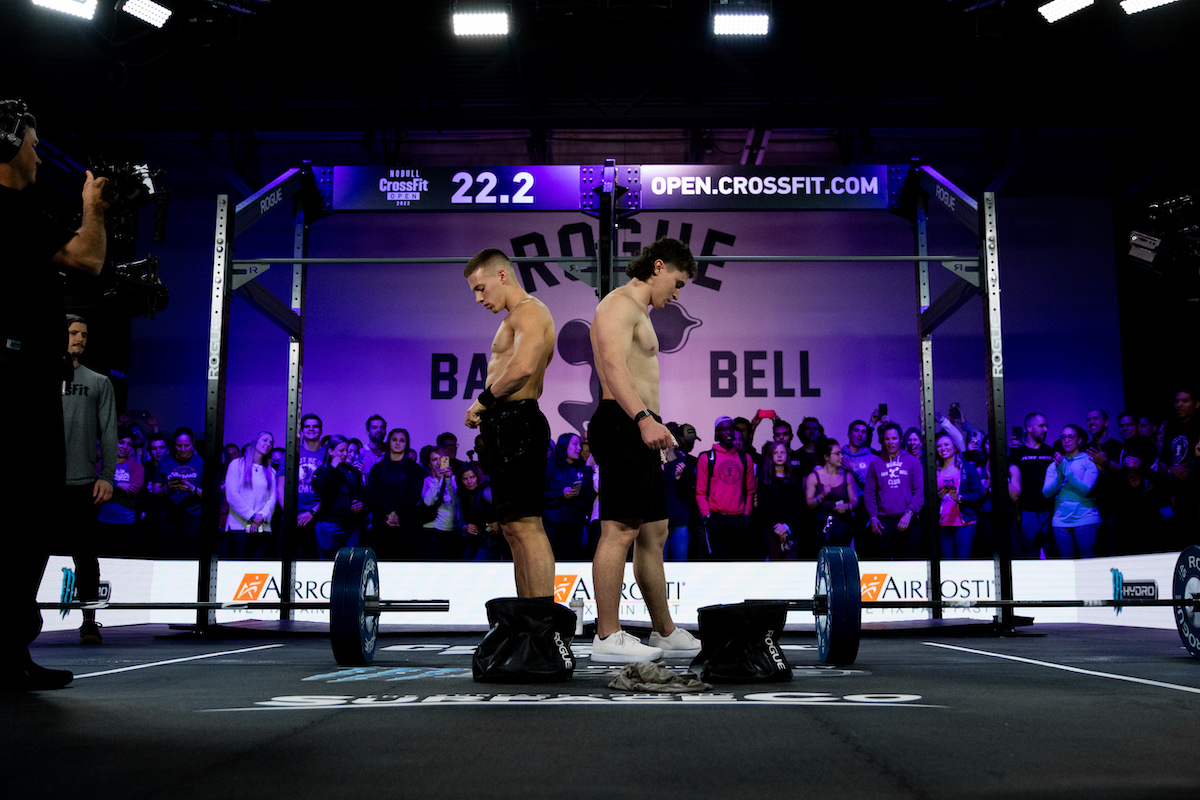 Despite earning the second-“worst” Open finish of his career by taking 13th place this year, Rich Froning Jr. is still impressively the only athlete to be in the Open top 20 every year. In fact, he is the only athlete to be in the top 100 for all 12 Opens. This is an amazing testament to Froning’s longevity and drive to continue to perform at the highest levels in the sport since beginning his competitive career in 2010.

The “retired” Scott Panchik landed in 50th place overall, which keeps his streak of staying in the top 50 for every Open of his career alive (11 of the 12 Opens — he did not compete in the 2011 Open). Despite landing on the Open podium just once, Scott is arguably the second-best or most consistent Open athlete behind Froning.

If you had to guess which woman has the most top-100 finishes in the Open, most may not pick eight-time Games athlete Thuri Helgadottir. But in fact, she is the only woman with 11 top-100 finishes, and this year, she took 46th place overall. Her only time outside the top 100 was in 2014, when she landed in 107th worldwide. 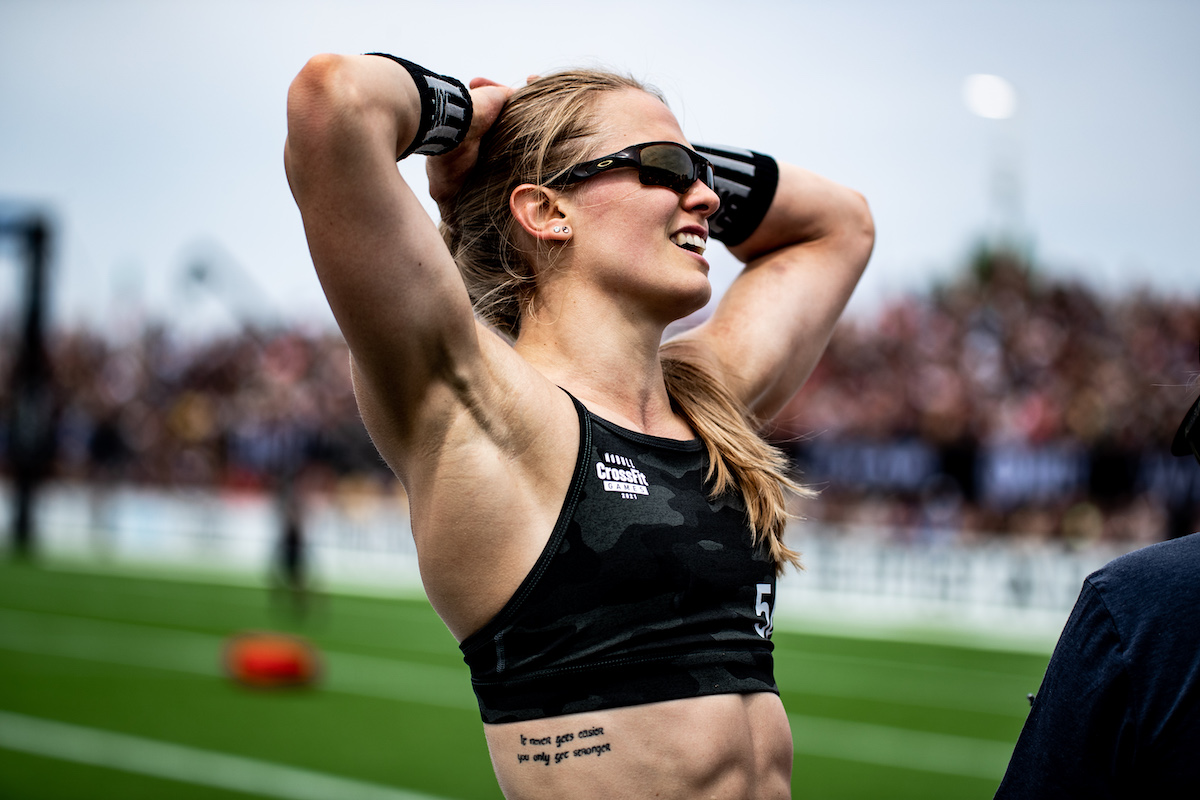 Another note on Thorisdottir: Her 18th-place finish this year was her ninth top-20 finish in the Open, which gives her the best record among the women in the sport and puts her in second place only to Froning overall.The two years she was outside the top 100 were when she was injured in 2013 and last year when she was returning from her pregnancy.

The above lists highlight this year’s career record setters . Below are highlights of top performances from the last five years.

Tia-Clair Toomey in second place and Brooke Wells in fifth place are the only athletes to be in the top 15 each of the last five years. This is even more remarkable for Wells, given that she is coming off an elbow surgery from last August.

Athletes who have been in the top 20 for each of the last five years: Emma McQuaid in sixth place this year and Rich Froning Jr. in 13th.

Athletes who have been in the top 50 for each of the last five years: Gabriela Migała in 13th, Amanda Barnhart in 20th, Kristin Holte in 33rd, Carolyne Prevost in 34th, Connor Duddy in 48th, and Scott Panchik in 50th.

Athletes who have been in the top 75 for each of the last five years are: Saxon Panchik in first, Kristi Eramo O’Connell in 12th, Tyler Christophel in 14th, Björgvin Karl Guðmundsson in 32nd, Bayden Brown in 37th, Karin Freyová in 42nd, Thuri Helgadottir in 46th, Alexandre Caron in 57th, and Patrick Vellner in 69th.

And last, athletes who have been in the top 100 for each of the last five years: Jeffrey Adler in 12th, Dani Speegle in 14th, and Jake Marconi in 39th.

It is always remarkable to see age-group athletes high up in the rankings of the individual leaderboard. Last year Emma Carey came in second place overall in the Open at the age of 16.

While top age-group athletes who qualified for both the Individual Quarterfinal and Age-Group Quarterfinal will have the opportunity to compete in both if they choose, athletes will have to choose a single path if they advance to Semifinals this year, (more information on this here). Below are top age-group athletes who did extremely well in the Open. The first number represents their worldwide placement on the overall leaderboard, while the number in parentheses shows their placement in their age-group division:

Most of the above athletes will probably opt to compete in their age groups, but there will be a few who throw their hats in the ring for the  individual and team competitions.

And very soon, we’ll have a whole new set of data to consider. The Quarterfinals start this week. Details on  this next phase of the Games season can be found here.