One moment, Ole Kristian Antonsen was standing on two feet.

The next, he wasn’t — and his life had changed forever.

The winner of the men’s Lower Extremity division in the 2021 Open, Antonsen will make his debut performance at the 2021 NOBULL CrossFit Games in July. The 30-year-old adaptive athlete grew up in Farsund, a small town on the southern coast of Norway, with his mom, dad, and younger sister and brother. An avid athlete, he was involved in handball, gymnastics, dance, and soccer growing up.

At 20, he moved to Kristiansand, where he studied to become a teacher and met his girlfriend, Angelica. He continued to play soccer and developed an interest in strength training. But in July of 2014, at just 23 years old, Antonsen faced a life-altering accident.

During the summer months when he wasn't teaching sixth grade, Antonsen worked at an aluminum factory that cast car parts. On one Tuesday-evening shift, he was fixing a rotor responsible for cleaning liquid aluminum in a furnace.

The rotor was elevated out of the furnace, a temporary plate covering the hole beneath it. That’s where Antonsen stood: on top of the furnace, five feet off the ground with nothing more than a sheet of metal separating him from the 750-degrees-Fahrenheit molten aluminum.

But as Antonsen tried to lower the rotor, he lost his balance. His right foot plunged into the furnace, ankle-deep in the blistering liquid aluminum.

As Antonsen’s clothes went up in flames, a colleague helped him pull his leg from the furnace before dragging him 16 feet to an emergency shower.

“I still remember the intense pain,” he said. “(I) wanted someone to take off my shoe. It did not work because it had melted into the skin. When health personnel arrived, they had the shoe cut up, and I saw the foot. It was black as coal.”

Antonsen woke up in the hospital Wednesday morning to life-changing news — his foot would need to be amputated. For a lifelong athlete, it was a heavy message to receive.

“The first thing I thought was that my life was ruined and that I would never be able to play soccer again,” Antonsen recalled.

The surgery took place Thursday morning. When Antonsen woke up, his right leg ended six inches below his knee, and he could hardly stand to look at it.

The first days after the operation were the hardest.

He couldn’t believe that something like this had happened to him. But when Antonsen saw all his friends and family there to support and encourage him, he knew he had to pull himself together and move forward. From then on, he chose to fight the negative thoughts and focus on progress.

Antonsen spent many weeks in the hospital and rehab. The burns on his stump were extensive, and it was about four months before he received his first prosthesis. Once it arrived, he set two goals for himself: learn how to walk again and bike the 200 kilometers (138 miles) from Kristiansand to Hovden.

One year later, he’d accomplished both. His stump was so cut up from the ride he could hardly walk for two weeks after the race.

“It was totally worth it,” he said.

But Antonsen’s journey was far from over.

The body perceives amputation as an injury, triggering an inflammatory response. Because of this, his stump was swollen and varied in size a great deal during the first two years after surgery. This made finding the right prosthesis a grueling process of trial and error.

“It requires a lot of training and hardening so that it does not hurt so much to wear a prosthesis,” he explained. “I spent a lot of time contacting others to find the best feet and components to live the best possible active life.” 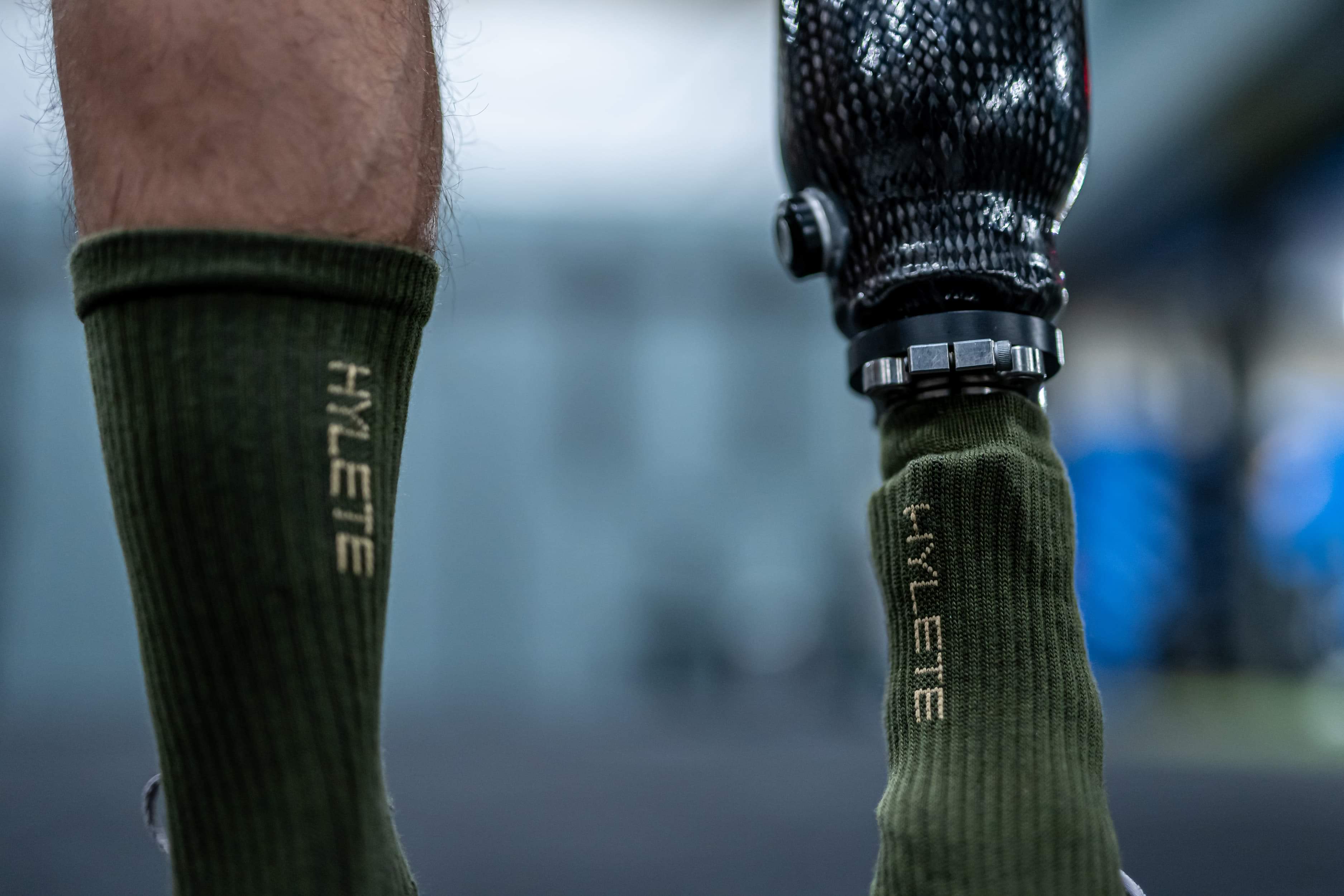 In February of 2018, Antonsen found his way into the CrossFit scene.

His best friend, André, wanted to take him to an introductory CrossFit course because he was trying to impress a lady. Antonsen remembers his first session at CrossFit 46 in Kristiansand very well, as it was Open Workout 18.1 — nothing like toes-to-bars, dumbbell hang clean and jerks, and calories on the rower for a nice warm CrossFit welcome. A couple sessions later and he was hooked.

Exercise had always been critical for Antonsen’s ongoing therapy. He trained twice a day while in the hospital and in rehab, played soccer, strength trained regularly, and cycled for a while. But it wasn’t until he found CrossFit that he felt what he’d been missing for so long: a sense of achievement and the thrill of competition.

The best thing about CrossFit, Antonsen said, is having an arena where he can compete against others, take pride in his achievements, and go all the way into “blackout mode.”

The Norwegian had only been training CrossFit for one year when he signed up for the WheelWOD Open in 2019 — yet he came away with gold.

“When I won the WheelWOD Open, the focus shifted,” he said. “I put a lot of pressure on myself and have huge competitive instincts. When I won after four days of fierce competition, there was a feeling of relief and joy over the presentation I had made.”

The win stoked a competitive fire in Antonsen that continued to blaze a trail all the way to the CrossFit Games, which in 2021 will feature six new adaptive-athlete divisions: men’s and women’s Upper Extremity, Lower Extremity, and Neuromuscular.

“I’m glad adaptive athletes get the opportunity to compete in the CrossFit Games,” Antonsen said. “I look forward to giving everything and showing what I have worked so hard for.”

The Norwegian competitor will make the trek to Madison to compete in the men’s Lower Extremity division while his biggest fans — girlfriend Angelica and 5-year-old son Lukas — cheer him on from home.

And he hopes to show other adaptive athletes what’s possible.

“My best advice to other adaptive athletes is to set goals and work hard to reach them,” he said. “Do not be afraid to ask and seek advice from others who are in the same situation.”

Grab your tickets to catch Antonsen’s live performance at the CrossFit Games or watch the livestream on Facebook, YouTube, Twitch, and games.crossfit.com. The leaderboard will be updated throughout the competition.