It was overcast and about 50 degrees Fahrenheit—perfect burpee weather. Barni Böjte stepped outside and cranked his iPod to Stellar Revival, full blast. He introduced himself to the camera and dropped a thick Rogue bumper onto a clunky metal machine that looked more typewriter than scale.

“Exactly 20 kilos,” he said with satisfaction, adjusting the counterweight. A few moments later, his father called, “Három, kettő, egy megy”—“three, two one, go” in Hungarian—and Böjte lunged his way through the dirt and around discarded corn cobs holding 95 lb. overhead as he completed the first few reps of Open Workout 16.1.

“My first plan was to do one round every two minutes, and if I couldn’t hold that, really just don't die,” the 18-year-old said.

Clad in a Lacee Kovacs jersey replica, Böjte lunged the 25-foot course dividing piles of scrap wood and metal, capping each lap with eight burpees and eight chest-to-bar pull-ups. The dusty, uneven grass was marked with a white spray-painted line every five feet, and with each butterfly pull-up, the wooden masts of a homemade pull-up rig threatened to tear themselves from the side of the shed to which they were mounted.

When the time expired 20 minutes later, Böjte collapsed to the ground, 247 reps in the bank, wheezing as he shoved away the kisses of his small black dog, Malac (Hungarian for “pig”).

Böjte lives with his parents and baby sister in Sàrpatak, a small town cradled between the Transylvanian Alps and the Eastern Carpathians in the center of Romania. Though he lives almost 100 miles from the nearest CrossFit affiliate, that hasn’t stopped him from doing CrossFit—or competing in the 2016 Reebok CrossFit Games Open. After discovering CrossFit online about two years ago, the teenager built a gym out of concrete and wood, and with a little determination, he plans on qualifying for the Meridian Regional one day.

After four years of soccer, Böjte had just begun to grow tired of the endless drills and repetitive practices when he discovered a video of the 2013 Central East Regional, Event 4. He had never heard of CrossFit before, but as he watched Rich Froning move through 100 reps each of wall-ball shots, chest-to-bar pull-ups, alternating one-legged squats and dumbbell snatches, he knew he’d found the antidote to his boredom on the soccer field.

“The movements, how it was mixed, it was cool,” Böjte said. “I didn't know where this came from, (but it was) just interesting.”

Though he was eager to try CrossFit, there were no affiliates nearby.

He had an idea of what equipment he’d need from watching videos on YouTube of garage athletes. Hauling two tall wooden poles in from the scrapyard into his backyard shed, he erected them side-by-side, connecting them at the top with an iron bar to make a free-standing pull-up rig. Notches carved into each pole made the rig double as a squat rack.

Next, he made a set of kettlebells, pouring concrete into bucket-shaped moulds with hunks of iron inside, soldering three short pipes together to make handles for each bell. 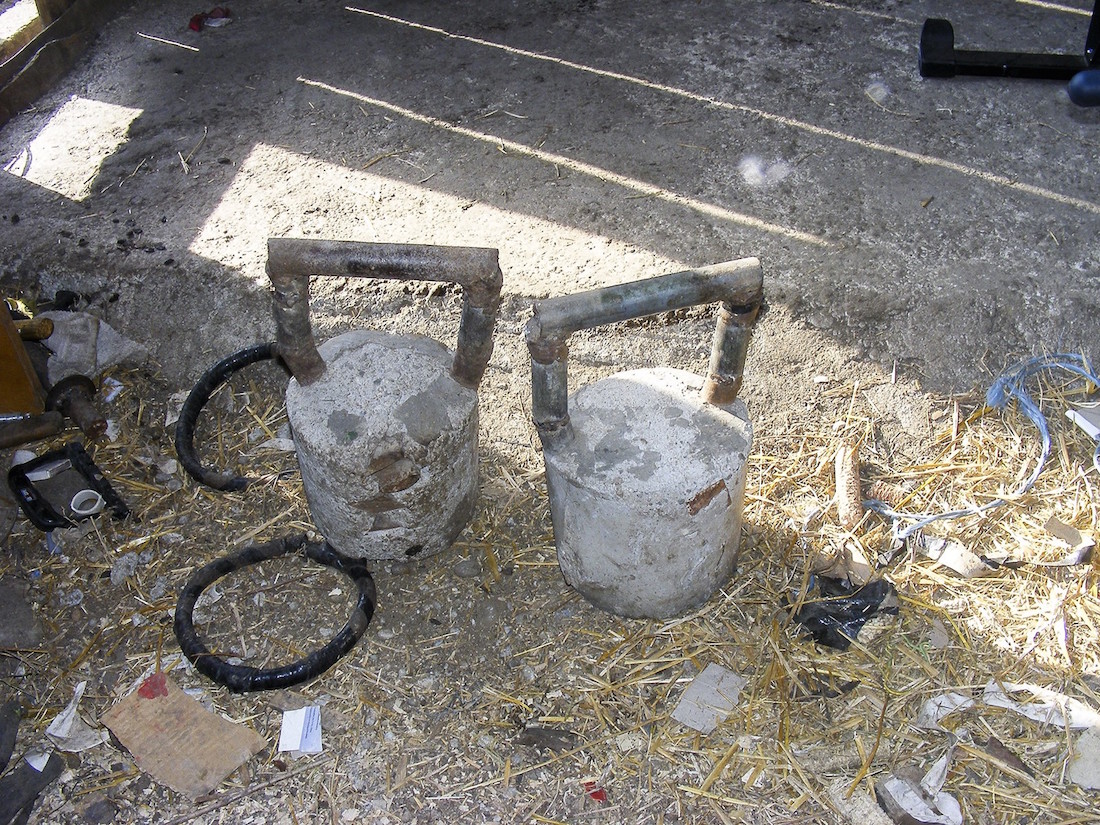 He filled an old basketball with sand to serve as a wall ball—which he aimed at a line of red paint, dripping like blood on the shed wall—and suspended a rope from a rafter. To make a set of rings, he borrowed his grandfather’s pipe-bender, shaping a pair of iron pipes into teardrops and suspending them with rope near a bale of hay outside.

Still, he needed a barbell.

“I found a bar here at home,” he said. “It was a simple (iron) bar, and I had one pair of 10-kilo plates...I knew I needed more, so I went to a place where I could buy iron, and I told them I needed four plates and they cut them and I brought them home and made a hole in the middle of them.”

Twice per day, Böjte trained: Once after school, and then again after dinner. He followed CrossFit.com and studied “very many videos about how Rich Froning trains,” he said.

The movements came naturally; it was his lungs that protested the most. One of his first workouts—which he wrote himself— was 10 rounds of five clean and jerks at 100 lb., 12 push-ups and 15 kettlebell swings at 54 lb.

“I was surprised because I ran out of air,” he said. “I just couldn’t breathe.”

On Christmas Day of 2014, Böjte got his first muscle-up, training in minus 10 F in the shed while his family prepared Christmas dinner inside (today, he can string 14 reps together unbroken). Two months later, he competed in his first CrossFit Open, performing Open Workout 15.1’s toes-to-bars, deadlifts and snatches to the soundtrack of his clucking chickens and squealing pigs, his iron plates clanking against squares of metal set into the dirt to keep his barbell from sinking into the ground. Though Böjte didn’t register for the Open that year “because I had no chance (at qualifying for regionals),” he said, he completed each of the five workouts, even constructing his own rower out of wood, ropes and pulleys for 15.5’s couplet of rowing and thrusters. 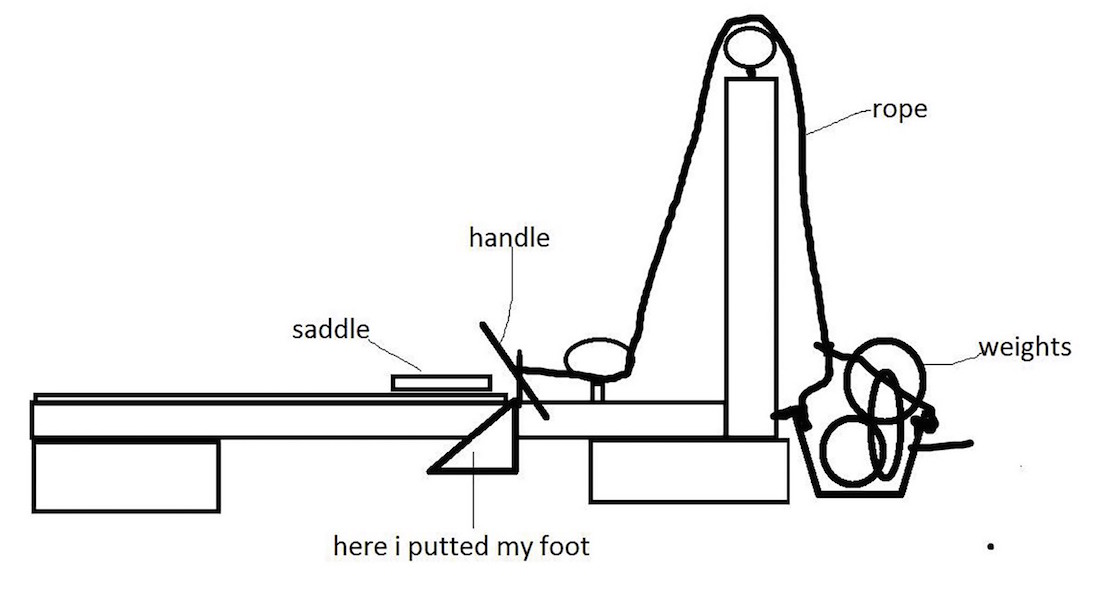 Still, he had a competitive itch he just couldn’t scratch. After the 2015 Open came to a close, next to the words “go faster” scribbled in chalk beside a small whiteboard, he scrawled “Regionals 2016” in dark green paint.

From Icon to Coach

As his birthday approached last summer, Böjte’s father asked him if he would like to go on holiday. Böjte refused.

“I (didn’t) want to be away from home because I wanted to train,” he said.

His father persisted. What if he had the chance to meet 2013 Games athlete Lacee Kovacs?

Böjte had seen footage of Kovacs taking 10th place in the Burden Run at the 2013 Reebok CrossFit Games, and had watched Kovac’s 1,000 muscle-up challenge several times.

His father wrote to Kovacs anyway. To Böjte’s surprise, Kovacs agreed to host the young athlete for four days at his gym in Hungary in August.

“After he told me about (Böjte’s) circumstances, I just saw myself when I started CrossFit,” Kovacs said. “I used sand-stuffed basketballs for wall-balls, (and did) weightlifting with an iron bar.”

Kovacs worked with Böjte for four days, focusing on the squat snatch.

“It was awesome,” Böjte said. “Foot positioning was a big thing that I worked on with him. I could do an overhead squat (and) my mobility was OK, but it felt unstable.”

Kovacs was impressed with the teenager’s efforts.

“His work capacity was far better than others from his age,” Kovacs said.

After the fourth day of training, Böjte left Hungary with a suitcase full of Kovacs jerseys—and a coach.

“I asked him, ‘What if we work together?’” Kovacs said. “He said ‘yes’ immediately...he is the most talented young guy I’ve ever met. When I started doing CrossFit I didn’t have anybody, so I know how hard it (can) be that way.”

Today, Böjte’s backyard gym boasts kettlebells, rings and bumpers from Rogue Fitness, a Concept 2 rower and a real weightlifting bar, a replacement for the homemade ones that failed to keep up with his gains.

“After my third (iron) bar (bent), I just decided maybe I should buy a weightlifting bar,” he said sheepishly.

He bought the goods with allowance money saved by “not buying stupid stuff,” and is taking them for a spin for the first time in the 2016 Reebok CrossFit Games Open. This time, he’s on the Leaderboard, and after 16.2—once again serenaded by a choir of roosters and dogs—he sat in the top spot among Romanian men. And though he knows 2016 probably won’t be his year to qualify for the Meridian Regional, he trains with his sights set on 2017.

“I want to be competitive in (CrossFit),” he said. “I really want to see how I can perform at this.”

But Kovacs sees an even brighter future for the young Romanian.

“He’s going to make it to the Games!”