In 2017, the CrossFit Games moved from Carson, California, to Madison, Wisconsin, to kick off a five-year streak in the capital city.

So when CrossFit Games Director of Competition Adrian Bozman presented the idea of hosting an event at the pillar of the city — the capitol building — Gard was all ears.

“The capitol doesn't do many events like this, so we were thrilled we had this opportunity,” Gard said. “The capitol team was amazing to work with and they made the event seamless.” 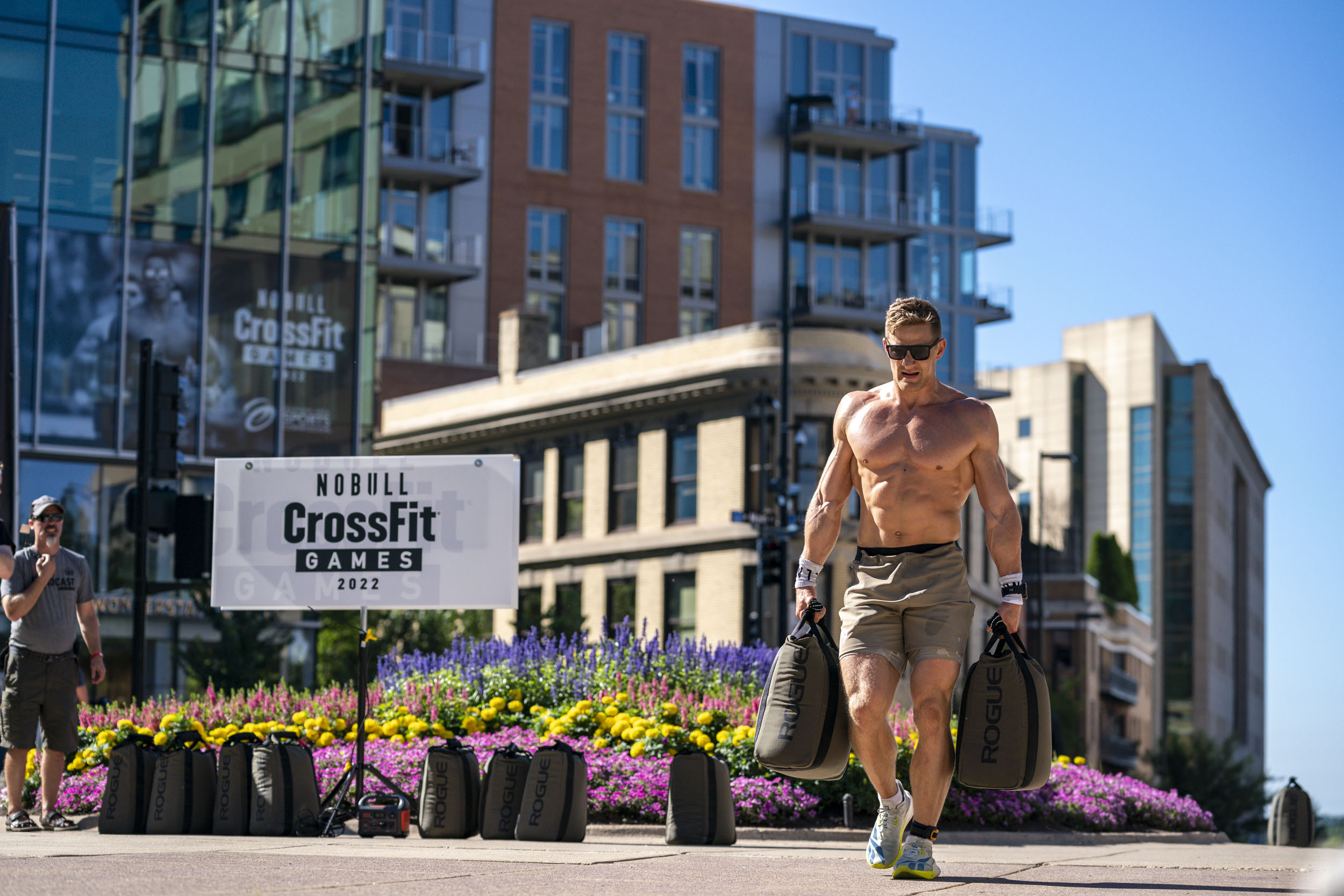 But while pulling off an event of this magnitude may appear seamless from the outside looking in, the logistics involved were complex and detailed, said General Manager of the CrossFit Games Justin Bergh. CrossFit was required to obtain permits and approvals from various city entities in order to host the event they envisioned, and support and advocacy from the Madison Area Sports Commission helped move the event planning forward.

“This was one of the anchor events,” Bergh said at a press conference on Friday. “I think it shows the strength and professionalism of our team — and that’s not just Boz and the head judges around him and our senior leadership team, but also the entire volunteer base, our security teams that basically parted the seas through Madison, and the cooperation that we’ve had with the city by allowing us to use their state capitol for an iconic event that’s gonna go down in the record books for CrossFit and for their city.”

Inspired by the 2013 CrossFit Games event Burden Run, the 2022 Games event, The Capitol, is the brainchild of Bozman.

In addition to pairing a long run with heavy odd-object carries, Bozman knew he wanted some sort of incline element. A brief look at CrossFit Games history shows just how devastating an incline can be, even to the fittest athletes. The stairs of the capitol building would provide just the stimulus Bozman was looking for.

“Last night, I did not sleep very well because there’s a lot that can go wrong with an event that covers that much distance,” Bozman said at a press conference after the event. “It was better than I thought it would be … we were absolutely hoping that event was going to be a real keystone of this weekend.”

In the planning phases, the long run presented a challenge as the only option the team could see initially was multiple laps around the building to accumulate the distance Bozman had in mind. But as Bergh and Bozman were walking down State Street after a meeting one day, it occurred to them that the streets of downtown Madison would provide the ideal route. And therein laid another challenge: closing down streets — a pretty big ask even for a city that has been so accommodating to the annual event.

“The biggest challenge was fitting (the event) in with all the other events happening in Madison,” Gard said. “We embrace the summer months with festivals, concerts, and other activities. We found a sweet spot on the calendar. Road closures were a bit of a challenge, but we managed that well. In the end, CrossFit created what may be the most memorable challenge we've ever had in Madison.”

The Capitol got underway on Friday morning in North Park at the Alliant Energy Center. To start, athletes were tasked to flip a Pig weighing 350 lb for the women and 510 lb for the men down the field before embarking on a 3.5-mile run across town to their final destination: the steps of the capitol building.

“We wanted to honor these athletes, give them a tough test, do something that the fans can get close to so they can witness how incredible these athletes really are,” Bergh said.

Closing multiple streets through Madison’s downtown area meant an organized communication plan had to be put in place to ensure the streets weren’t shut down for unnecessarily long periods of time.

“The fastest athletes triggered the closures as they approached each stretch of the course,” Bergh said. “The last athletes to complete each section of the course would then trigger that street to reopen.”

With two heats of 40 athletes apiece, the CrossFit Games team had its communication channels dialed.

“The amount of effective communication that has to happen in order for things to go smoothly was enormous,” Bergh said.

The event pulled spectators onto the streets of Madison, making for a tremendous cheering section for the athletes — not a typical occurrence for an off-site event, Bergh said.

“Our off-site events usually take us to a closed location where fans may not be allowed,” he said. “This event really encouraged the whole community to get involved.”

More hurdles came into play when the team was brainstorming how to best cover the event to make sure fans at home would feel like they were a part of the experience.

CrossFit Director of Sport Media Joe Novello said capturing The Capitol was the most logistically challenging of any Games event he’s worked on. The monumental task required 32 cameras (the most of any CrossFit event), 13 cameras using advanced bonded cellular transmission technology, two live drones, one 24-ft camera jib, and one cart camera.

“The biggest challenge was sending the signals from remote cameras back to the broadcast compound at the AEC,” Novello said. “Communication is a huge factor. Trying to talk to camera and audio operators and talent in real time.”

And because of the proximity of all the moving parts, the director needs to basically be able to predict the future to pull off the broadcast.

“Because of the distance and wireless tech, there is a bit of a delay in the pictures getting back to the control room, which challenges the director to have to anticipate what will happen a few seconds before it happens,” Novello said. “With that many cameras, that is a mind-bending task.”

In the face of such effort came great reward when one of the most memorable moments in CrossFit Games history unfolded at the end of the event. While all other athletes had crossed the finish line and were busy pounding water or drying their sweat-drenched bodies, CrossFit Games rookie Rebecca Fuselier was alone on the course, still working her way through the brutal test.

A few meters at a time, Fuselier inched her way toward the summit of the capitol steps when she was suddenly joined by hundreds of cheering fans.

While fans had been roped off for most of the event, this was an opportunity to showcase what the CrossFit community is all about, Bergh said. So the team collapsed the course and allowed the fans to bring Fuselier and the event home, a decision that was “totally organic,” said Bozman, and showcased exactly what makes CrossFit so special.

“What happened out there is representative of what you’ll experience in the workouts at the Level 1 Seminar or inside the walls of your affiliate at the 6-a.m. class,” said Bergh of the spectators encouraging Fuselier to the finish. “In our community, we celebrate the first finisher, but the last-place finisher often gets the loudest cheers. This is CrossFit —  and this only happens in CrossFit.”