That’s what Stacie Tovar said it felt like on the eve of the 2018 Reebok CrossFit Games Central Regional, the first she would spend in a spectator’s seat instead of on the competition floor.

A long-standing figurehead of the Central and North Central Regionals, Tovar is an eight-time CrossFit Games veteran. Over her career, she took three top-15 Games finishes, her best in 2015 when she finished in 11th.

After the 2017 Games, Tovar retired from competition, leaving her shoes on the floor to focus on the next phase of life: running CrossFit Omaha with her husband, Dustin Tovar, and making room for a family one day. 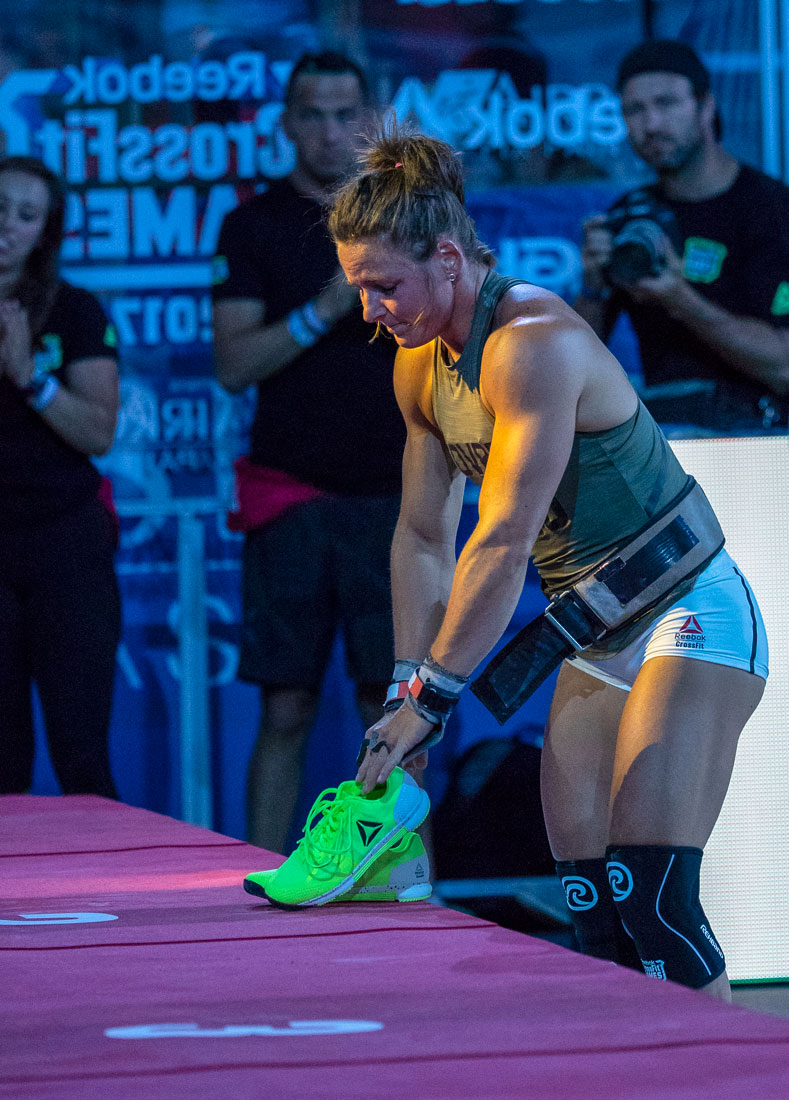 She remains confident in that decision nearly a year later.

“I feel like I left at a really good place in my life,” she said. “I feel really good about everything I have accomplished, and I know I made the right decision.”

Today, she trains one hour per day in a class alongside her members.

“And I'm loving it,” she said. “It's so much fun. … I observe my coach at the same time, I get a taste of what it's like from a perspective as a member, I get to see how things are ran as an organization—what worked, what didn't work, and I feel that's so important.”

“I had a lot of pressure when I was training,” she said. “If I didn’t hit a lift or if it didn’t go right and I’d pop on social media and I’d see all the girls (post), ‘Oh, perfect day, hit this snatch,’ and I just had a shitty day—it’s totally brought out the human side of me. If I’m not feeling it, that’s OK, I’m still here, I’m moving. … I’ll come back tomorrow and know that it’s a success just being in the gym and doing this with my family and my community.” 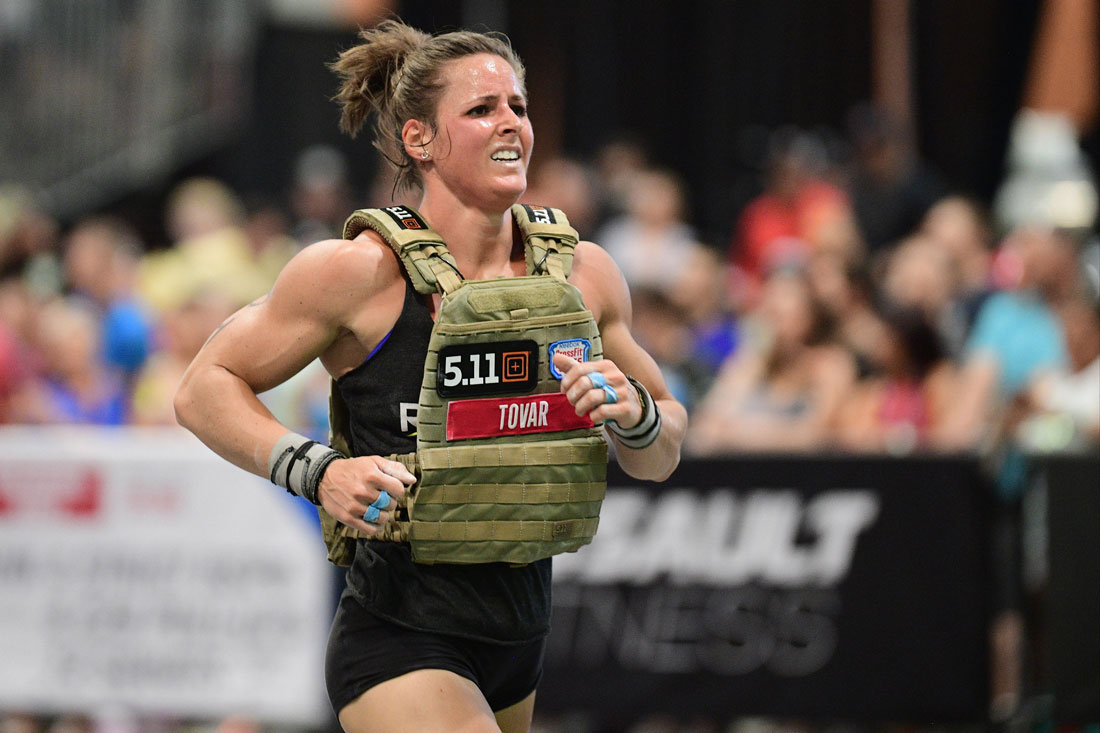 Still, that doesn’t mean it’s easy to sit in the stands while her friends and former competitors throw down.

“I’ve got quite a bit of emotions going on,” she said. “I kind of have that ‘man, what I would do to be out there feeling,’ … but I know at the end of the day, I put my shoes down. I left with people on their feet. I left feeling euphoria and accomplishment and peace.”

But Tovar is doing more than spectating this weekend at Music City Center in Nashville, Tennessee. When she put down her shoes, she picked up the Expo marker, coaching team CrossFit Omaha to their eighth Regional appearance and individual athlete Josiah Naig to his second.

The athletes have the benefit not only of Tovar’s fastidious programming but of her veteran’s experience, nearly a decade’s worth of training and competition know-how.

“We started with just a PVC pipe and then an empty bar; we broke down pieces of the puzzle, and that’s something I learned when I was competing,” Tovar said. “It’s not about just throwing the weight up with shitty technique and hoping that you’re gonna PR every day. … It’s literally about knowing the bar path, knowing the position, knowing how it feels. … I feel like everyone has bought in, and it’s just been awesome to witness.”

Ann Zessin, a member of team CrossFit Omaha, said Tovar has taught her to think of weaknesses as opportunities to excel instead of as goats. And it doesn’t hurt when the person planning your training has been to the CrossFit Games eight times.

“Stacie does all of our programming for our gym, so it's been great having that consistency and someone to program for us who knows how to compete at a higher level,” Zessin said.

But Tovar was quick to point out that whatever success her athletes earn on the floor this weekend will be their own.

“At the end of the day, you're the one that's in control of your own destiny when it's all said and done,” she said. “Although I'd like to say I have some influence, at the end of the day, there's mutual respect, there's a lot of trust, and I'm so grateful that I can just be honest and open with them and they're really receptive to that.”

Tovar flew into Nashville Thursday evening, just in time to set last-minute game plans with her athletes and grab a bite to eat. Friday morning, she hit a 7-a.m. workout before heading to the venue. As CrossFit Omaha took the floor for Event 1, a relay of overhead squats, double-unders and an obstacle-course handstand walk, she looked on from her seat in the stands, shoulder-to-shoulder with other Central fans.

She said watching her athletes compete is nerve-wracking but far less stressful than being on the floor herself.

“Although I am nervous, it's an excited nervous, whereas (as a competitor) I was just frickin’ nervous, out-of-control nervous,” she said.

After Events 1 and 2, CrossFit Omaha ended the day in 28th place with 60 points; later, Naig will take the floor with the individuals.

In the meantime, Tovar might hit up Vendor Village, something she’s never had time to do before.

“I never got to walk through Vendor Village. Nor did I just get to see the behind the scenes,” she said, her voice rising with delight. “Just to kind of watch it unravel and unfold and the excitement and the crowd … it’s going to be awesome.”

For complete details, visit the Leaderboard.

Featured in this Story