Becca Voigt is a legend—but a lot of people don’t know that.

The explosive growth of the Sport of Fitness has rightfully made superstars of athletes such as Annie Thorisdottir, Sara Sigmundsdottir and Katrin Davidsdottir, but it’s worth taking a step back to review why Voigt is so special. If you do, you’ll realize she’s a living, breathing, snatching embodiment of CrossFit principles. 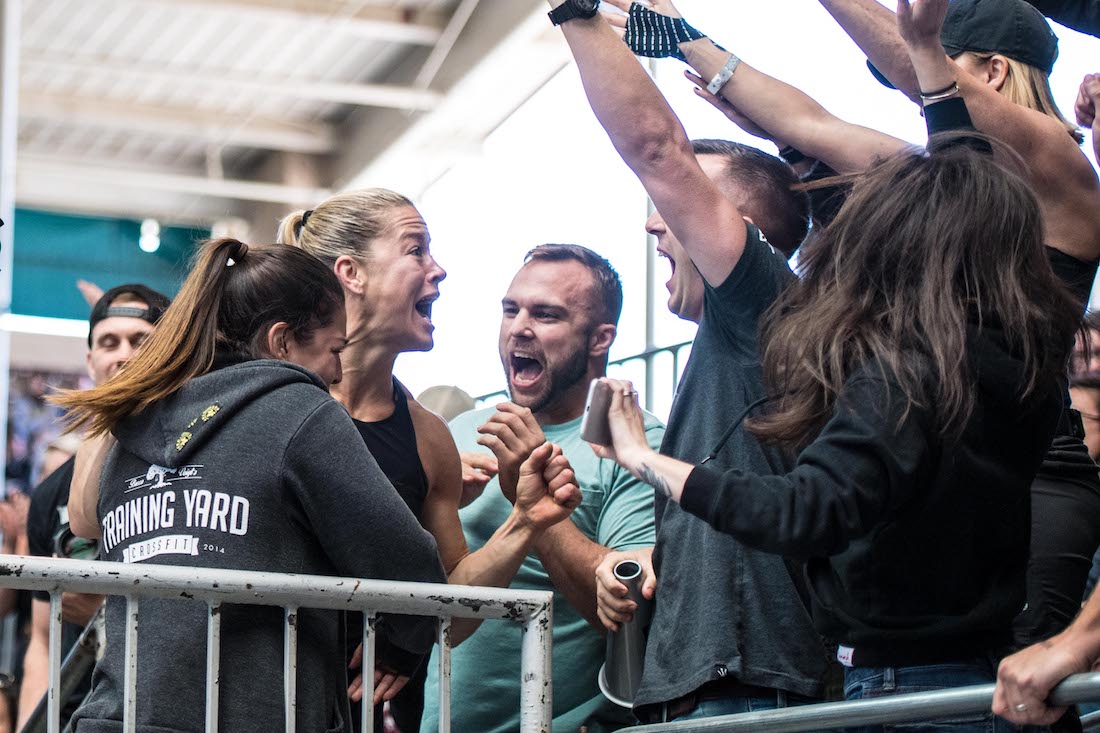 On May 27, Voigt became the first athlete in history to qualify for the CrossFit Games 10 times as an individual. Next weekend, Ben Smith has a chance to join her, and if he does, he’ll set the mark for consecutive appearances. Voigt’s string stopped at nine last year, though she still competed in the Games as a Masters athlete, taking third in the 35-39 Division. In August, she’ll make her 11th consecutive trip to the Games.

Some will look only at the period from 2014 to 2017, when Voigt finished in the bottom half of the pack or competed in the Masters division. It’s a sad reality that the top 10 shine so brightly that we tend to regard the bottom 20-30 Games athletes as subpar in some way even though they are the fittest people in any room they walk into.

But taken in total, Voigt’s accomplishments are almost unbelievable: She has competed at the highest level for 11 years straight. She has evolved as an athlete just as the Sport of Fitness evolved around her.

Think about it: Voigt started in 2008, when the sport was new and the Games featured just four events over two days. No handstand walks, no muscle-ups, no cycling, no swimming. As the sport evolved to include more movements, more events, more volume and athletes from around the world, Voigt changed, too. By 2011—with a swimming test among nine others in a three-day competition—Voigt was on the podium, showing she had acquired all the fitness required to stand above the best athletes on the planet.

She placed in the top 11 in each of the next two years as the tests became yet more challenging and younger rivals kept appearing. From 2014 to 2016, she was perhaps less competitive at the Games level, but she was still up for every challenge.

But really, her Games placings don’t matter. Just making it to the Games is an incredible accomplishment, and Voigt’s done it in one of the toughest regions in the world. Stats geeks might have data that shows Europe’s women are more competitive than the athletes in other regions, but the truth is that California is CrossFit’s Ground Zero, and Voigt’s had to compete with very experienced athletes for years, both in the Open and at Regionals. And she’s beaten them to earn every trip to the Games, including this year, when she emerged from a deep field that featured no fewer than 11 Games veterans. 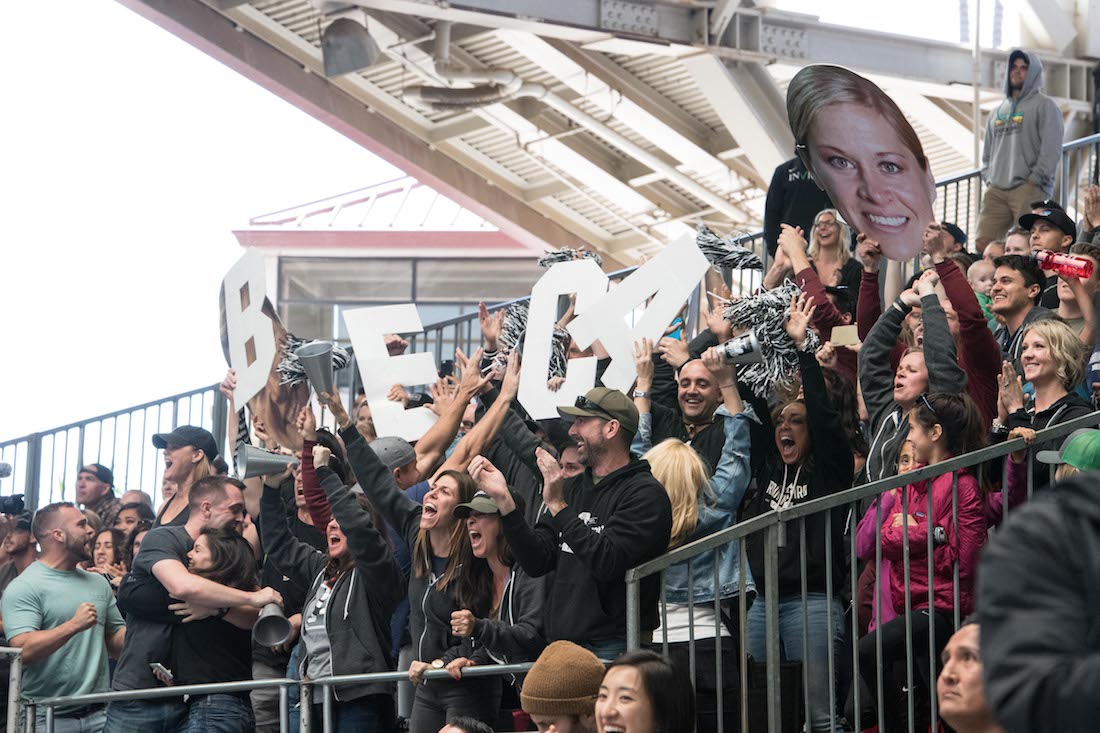 Even more impressive, Voigt bounced back from disappointment in 2017 to get back to the Individual competition. Falling out of the Individual ranks is a mental apocalypse of sorts, an almost spirit-breaking step down that changes most athletes. A mental switch is often flipped when people accept that they are “old,” and the hunger to compete at the highest level goes away.

I talked to Voigt’s coach, Katie Hogan, and she mentioned that a mental drop-off was a concern. But the two went all in to get back to the big show at the Games, and they were rewarded when Voigt thrustered her way into the fifth and final Games spot in the West Regional. Thrusters, by the way, were an area of focus in training for Voigt, who also competed with a broken thumb.

Regardless of her placings at Regionals or the Games, Voigt has shown that she is literally ready for anything at any time.

CrossFit’s original two-dimensional model of fitness graphed power against time. That evolved to include a third axis: age. Now we look at health as the ability to do as much work as possible for as many years as possible—fitness over a lifetime. 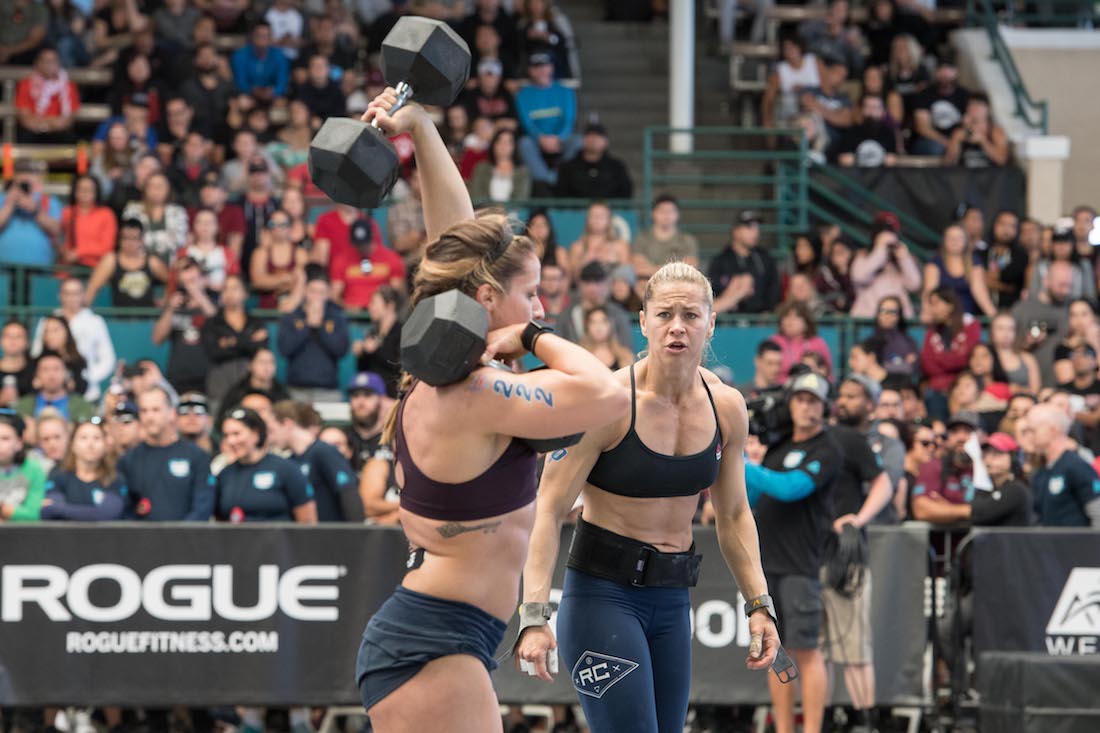 Voigt is the embodiment of that graph, found on page 38 of the “Level 1 Training Guide.” For 11 years, she’s worked on all aspects of fitness and eliminated her weaknesses. She’s been so good at doing it that she’s been able to best her peers—many of them far younger than she is—year after year in the toughest competitions. She’s done all this while running CrossFit Training Yard and helping others become healthier.

When August rolls around and the competition begins in Madison, all eyes will be on the new superstars of CrossFit—as they should be. But no matter who’s at the top of the leaderboard, make sure you pay attention to Becca Voigt.

Others might finish higher, but no one has demonstrated elite work capacity for longer. 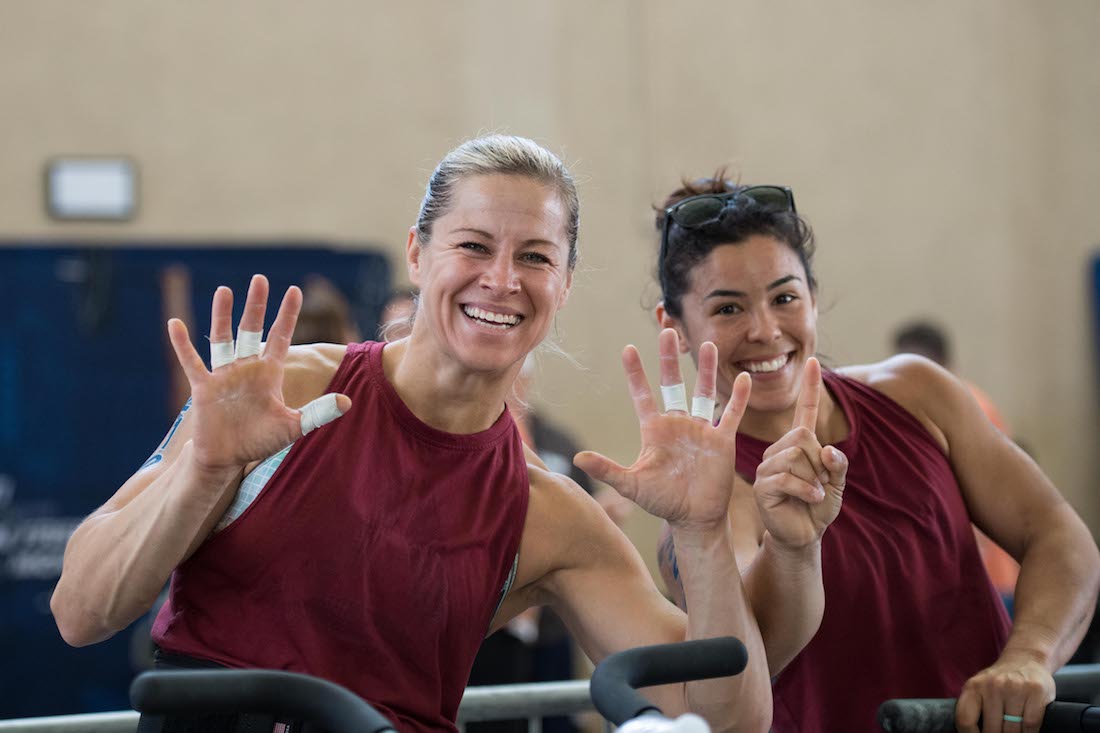 Follow @CrossFitPhotoJournal for updates from the Atlantic Regional, June 1-3.

About the Author: Mike Warkentin is the managing editor of the CrossFit Journal and the founder of CrossFit 204.