On Thursday, June 16, CrossFit held a post-Semifinals press conference to hear from athletes and answer questions regarding the third stage of the 2022 NOBULL CrossFit Games season.

Accountability for Safety and Movement Standards

CrossFit allowed each Semifinal event organizer to regulate and retain accountability for safety and movement standards at their respective events this year.

“The model that we're running here is to allow the event organizers substantial control of their event so they can program for elite individuals in ways that match their competition venues,” Bergh said. This model also provides “a level of variance that is acceptable for competition but also with oversight from CrossFit,” he added.

To support this new model of competition, CrossFit introduced the CrossFit Competition Liaison role to the 2022 Semifinal stage. One Competition Liaison was sent to each Semifinal to provide athletes and event organizers with a point of contact at CrossFit HQ for them to escalate any disputes or concerns to  at the event. The role will remain an important one in future seasons, establishing a continuous feedback loop with athletes, event organizers, and HQ.

“In all of our communications with event organizers, they have welcomed additional feedback, and I think that gives us direction that we will provide more feedback in the future. The type of feedback we will provide will be based on the feedback we get from athletes,” Bergh said. “(The event organizers, the athletes, and CrossFit) have the same interests in terms of advancing the sport, providing a quality competition, and treating safety and fairness across the board with a really, really high value.”

Not everything went perfectly at the 2022 Semifinals but they ultimately showed a stage of competition headed down the right path.

Several of the events — including the Granite Games, CrossFit Strength in Depth, and the Torian Pro — integrated community competition with the elite competition to allow ordinary CrossFit athletes to compete alongside top athletes in the sport. Creating more opportunities for athletes of different ability and experience levels to compete at the event creates better vendor opportunities, an elevated atmosphere of excitement, and a connection between CrossFit’s best competitors and the new and everyday CrossFit athletes who are the future of the sport.

“That created a much healthier economic model that I think is worth looking into for future events,” Bergh said.

A post shared by Strength in Depth 🇬🇧 (@strengthindepthuk)

CrossFit conducts drug testing at all Semifinal events in accordance with the Drug Testing Policy. The results usually come back from the lab 10-14 days after the completion of the competition.

When athletes have positive results or require additional testing, CrossFit affords the athlete the opportunity to be informed, appeal, and have their B sample confirmed before the public is notified. The drug-test results are shared once a conclusive test is returned from the lab and the athlete has been notified.

It is always a priority to ensure judging is as accurate as possible. CrossFit has bolstered the review team and each season strategizes new ways to make judging more effective, both online and in person. 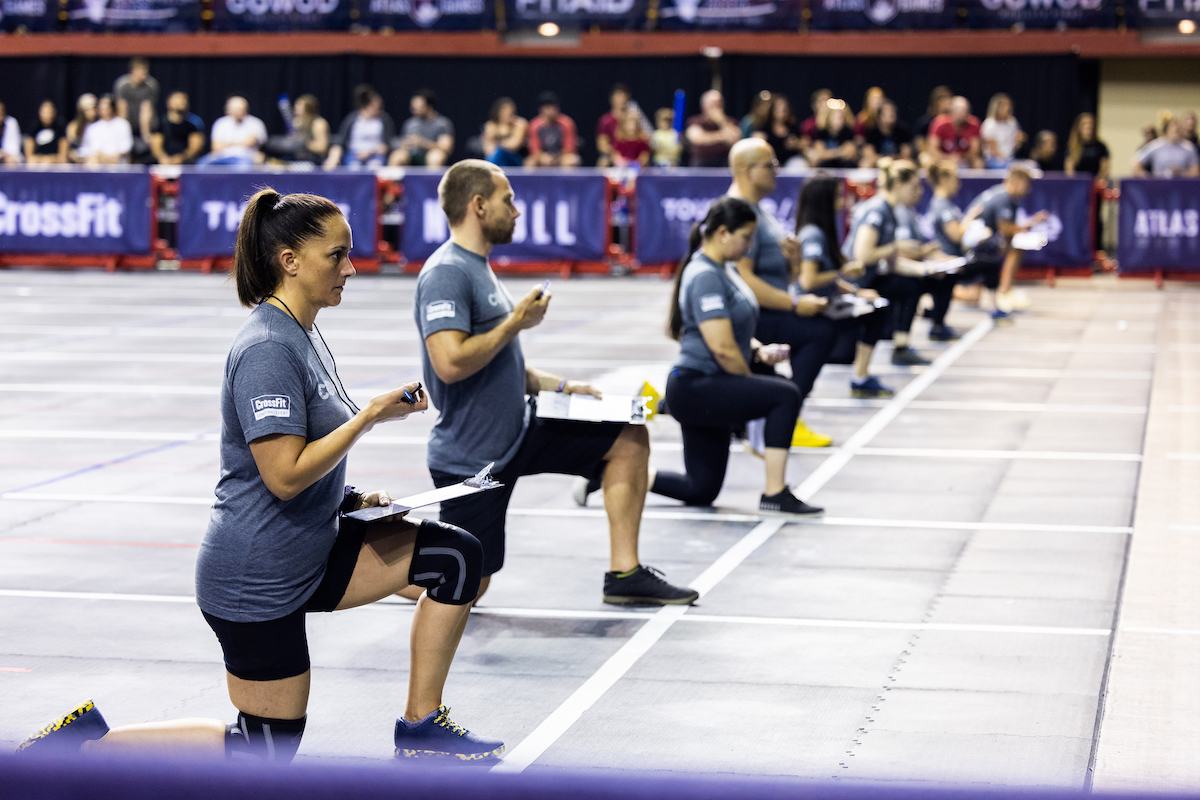 The choice to stream select events during the 2022 CrossFit Games Semifinals came down to economics.

CrossFit decided against funding full production of the live streaming service at all 10 Semifinal events due to cost, instead of sending field teams to Asia, South Africa, and South America to produce highlights and social media coverage in lieu of Livestream.

“The stream from Copa Sur shows progress in that regard, and that might be an area where we partner in future years,” Bergh said.

But as the sport's participation and top international contenders continue to grow, so will the use of CrossFit’s media engine to highlight the athletes in the sport. In this way, CrossFit hopes to elevate community stories, support increased athlete earnings, improve the sustainability of the event ecosystem, and grow participation at all levels.

“We believe that will happen. And I think that the sport is going to grow over the next couple of years where there will be higher levels of expectation for media coverage,” Bergh said.

Last year, several Semifinal events were held online due to the COVID-19 pandemic, with six standardized workouts programmed for the online events. This year, 10 Semifinals were held in person, and the event organizers had the opportunity to program workouts for their respective events, with only two workouts standardized across all 10 Semifinals.

For online competitions, athletes are given the standardized workouts and equipment lists prior to competition, allowing them to strategize for their workouts prior to the competition. But in live competitions like the Games, where the workouts are released shortly before they have to be performed, it is more of a test of adaptability, the essence of the Sport of Fitness and the philosophy of CrossFit.

“The Games, by definition, are going to include challenges that athletes could not have trained for,” Bozman said. “Adaptability is really going to be on display.”

One of the best parts of competing in the sport for athletes is the excitement of the crowd and the atmosphere of live events.

“The standardization of the programming between (last year’s) Semis didn’t directly affect what I was experiencing throughout the weekend, but definitely not having the crowd, not having the athletes there, not having the buzz of being in the marshaling area before a workout, that definitely changed things,” Fikowski said.