Despite the introduction of a new high-skill movement, an impressive 88,000 men and 25,000 women were able to perform at least one strict handstand push-up during 19.3.

For the vast majority of athletes, 19.3 was primarily a question of strict handstand push-up capacity: Do you have them, and if so, how many? 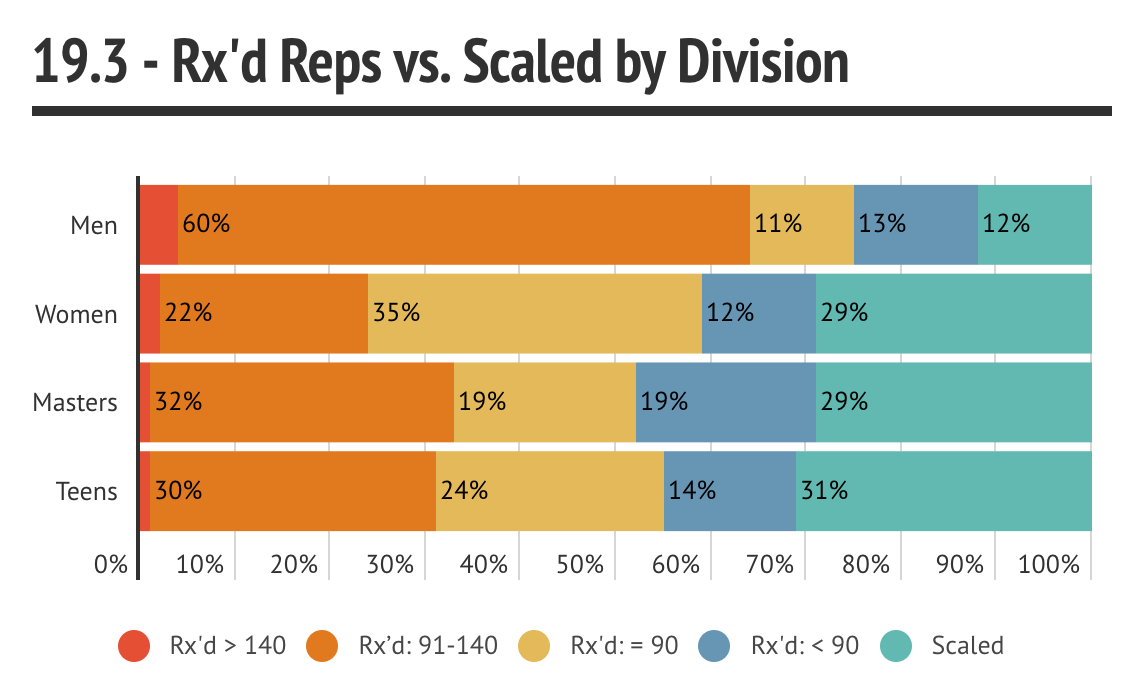 Breaking it down a little further, we can see a declining number of men and women at the higher rep ranges of strict handstand push-ups. Very few competitors were able to make it to the handstand walk portion of the workout (4 percent of men 18 to 34 and 2 percent of women in the same age group). 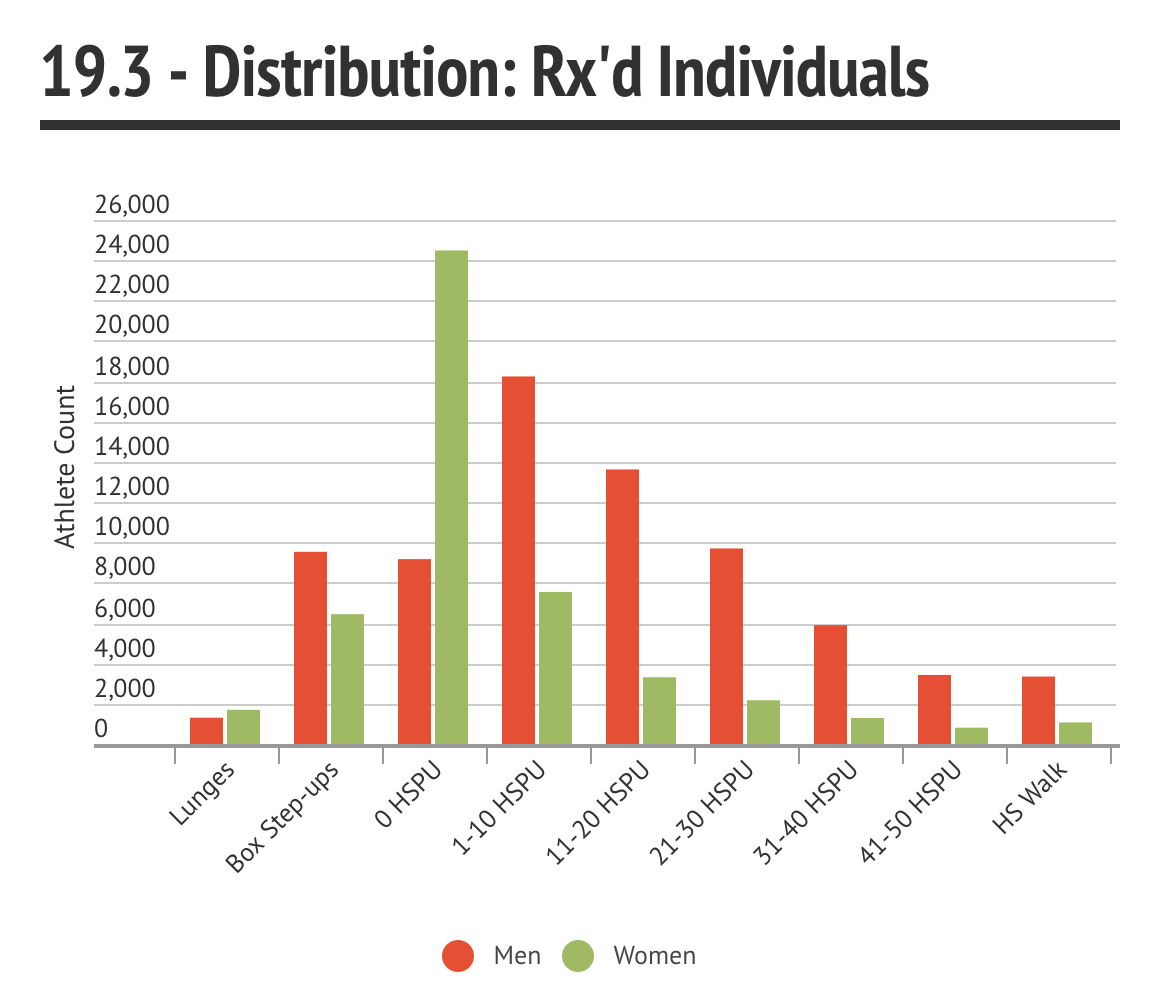 At the beginning of the Open, we looked at the top 10 countries based on participation. This week we wanted to get an idea of how various countries stacked up against each other performance-wise. There are many ways to do this, but we are going to rank them based on 99th-percentile reps on 19.3 for both men and women (ages 18 to 34, stacking Rx’d scores ahead of scaled). We are limiting it just to the top 10 participating countries to keep the statistics in a comparable range. Below you can see the results. The top countries based on this analysis were Canada for men and Australia for women. 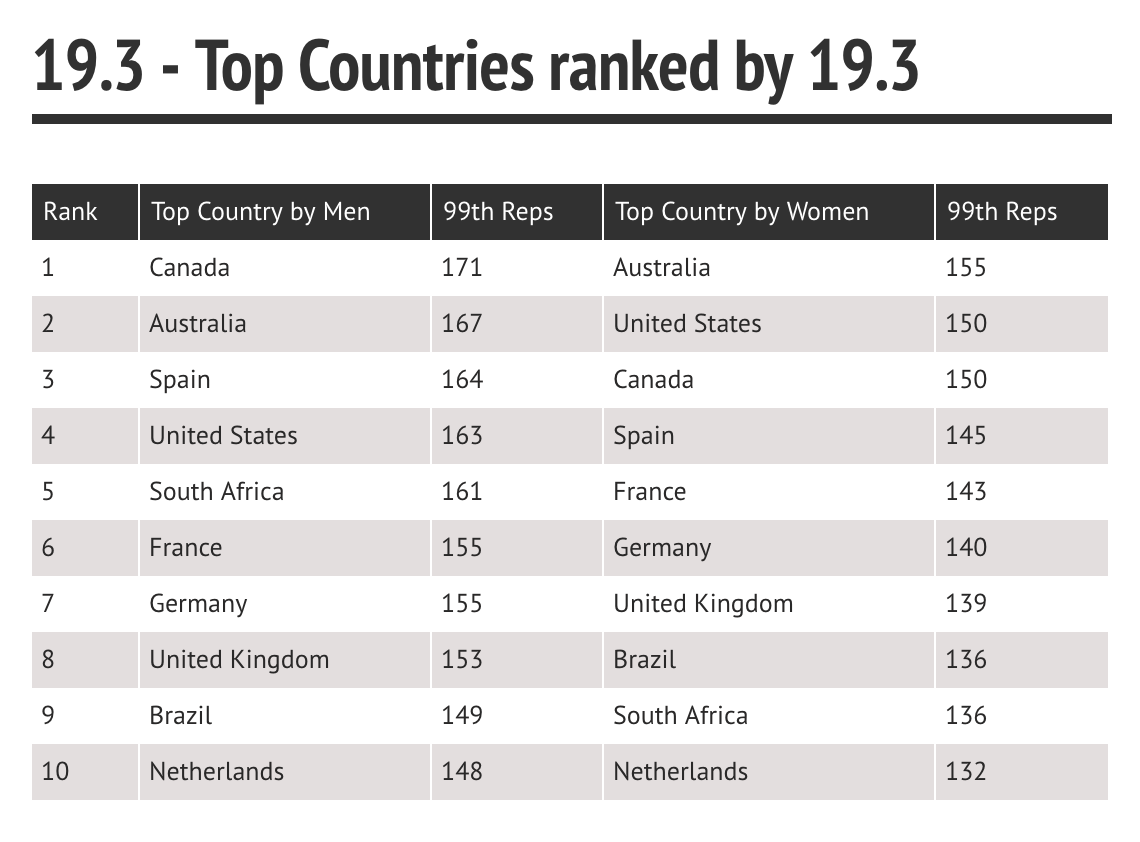 Note that these percentiles compare scores in the same version of the workout only, so they will differ from the Games app, which is a composite percentile including both Rx’d and scaled results in a particular division. 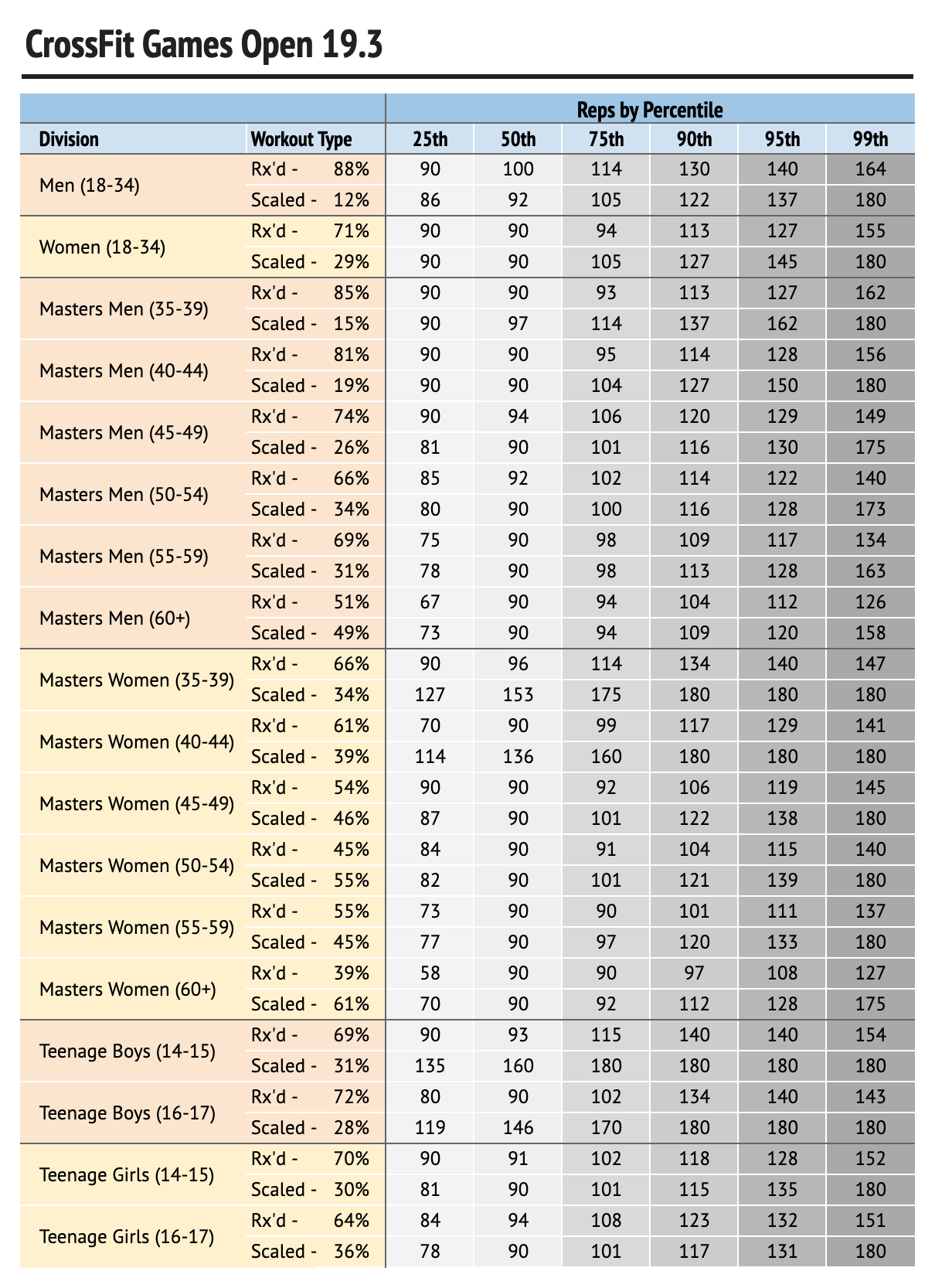