“18.2 is going to burn.” —Dave Castro, Director of the CrossFit Games.

On the board, he scrawled “A,” then “B”—indicating the workout’s two movements—before outlining a 10-round ladder from 1 rep of each movement to 10. Castro revealed the movements as the dumbbell squat and the bar-facing burpee, capping the workout at 12 minutes. 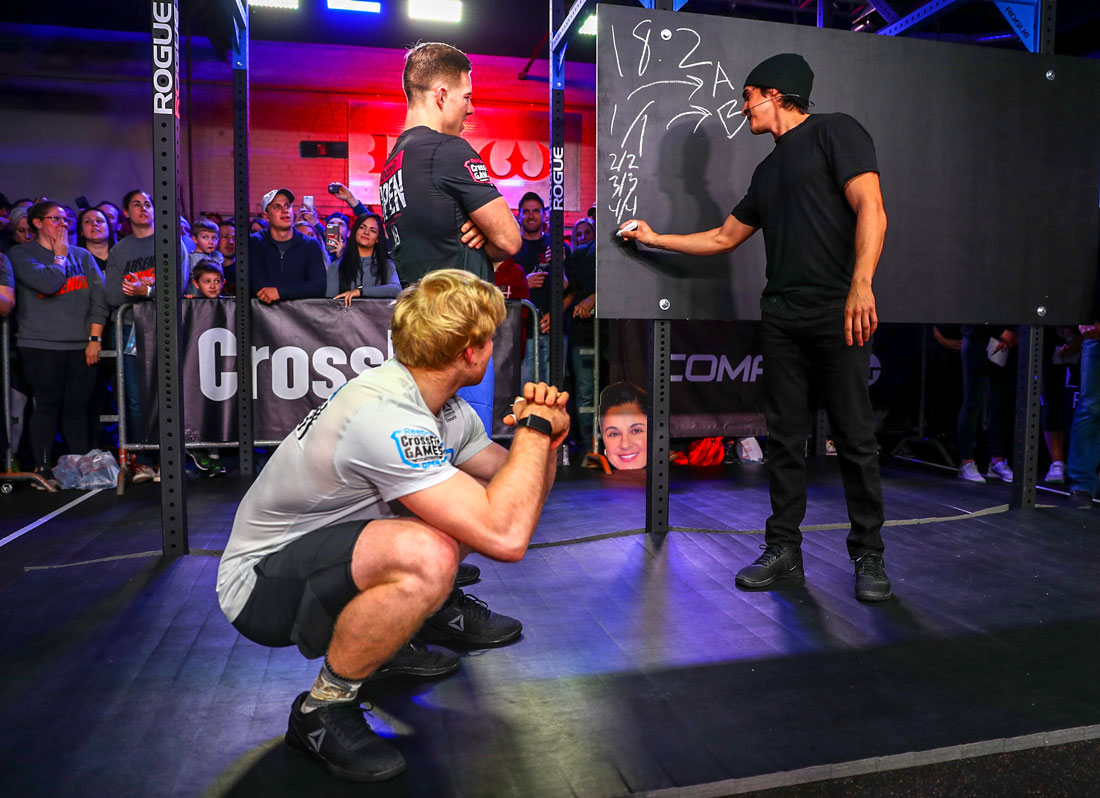 The crowd cheered tentatively, as if to say, “Is that all?”

Grinning widely, Castro interrupted CrossFit Games host Rory McKernan less than a sentence into his reaction to the workout.

“I’m just getting started,” Castro said before revealing 18.2a: a 1-rep-max clean, to be completed immediately following 18.2 and within the same 12-minute time cap.

“You have to earn the right to throw heavy weights around,” he said in the Cool Down Show.

First to feel the burn were Lauren Black and Bob Anthony, each a CrossFit R.A.W. athlete with a powerful testimony. Black, 29, suffers from bronchiolitis obliterans and bronchiectasis. Since starting CrossFit about three years ago, her lung capacity has increased from 20 to 40 percent. Anthony, 47, has Type 2 diabetes. Before CrossFit, he had maxed out the amount of insulin he could take. Today, he’s medication-free. Both performed admirably; Black even matched her clean PR at 115 lb. 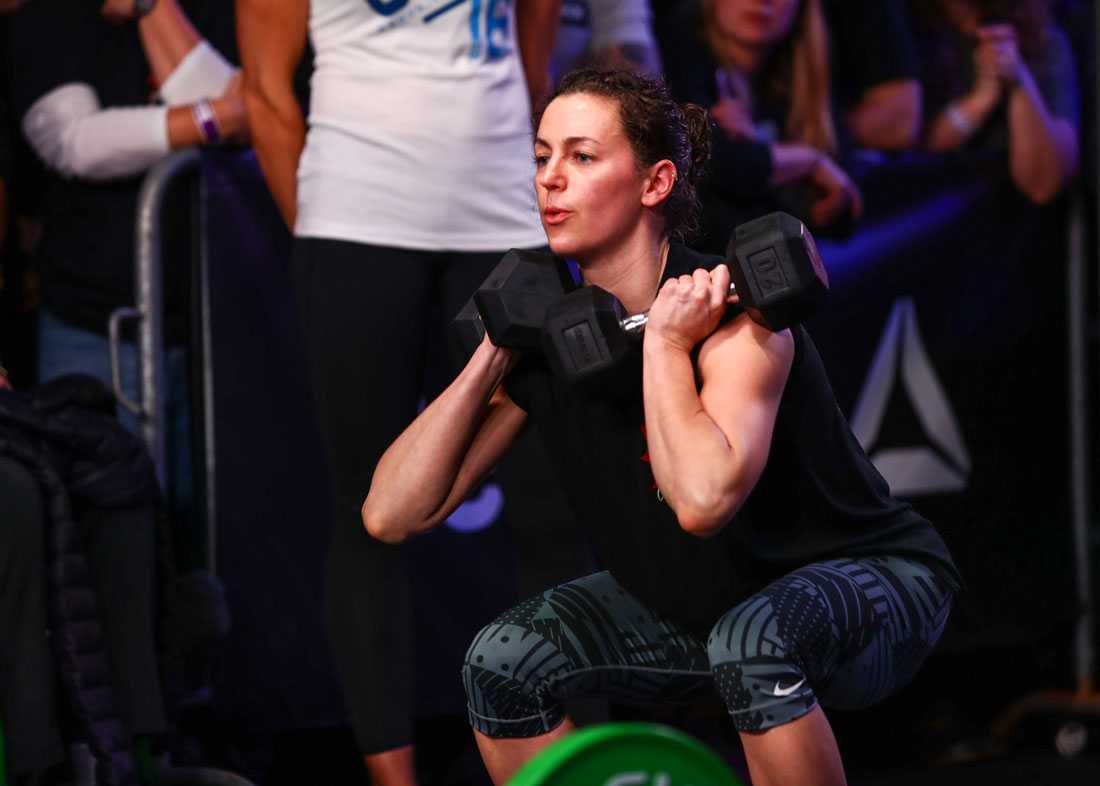 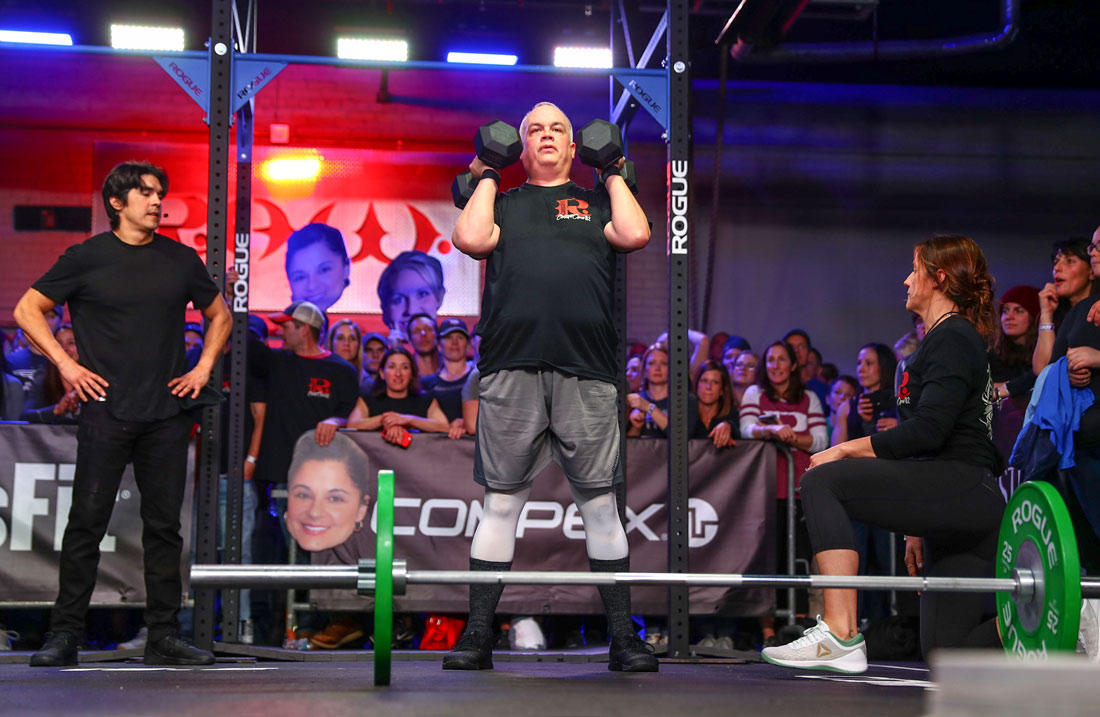 The pair hovered within a couple of reps of each other for the first six rounds. Ohlsen, the leader for most of the workout, was faster on the squats; Vellner was swifter on the burpees. Each reached the halfway point just after 2 minutes. Though Vellner briefly took the lead in the final round, Ohlsen yanked it back in the last 10 reps, finishing in 4:05 to Vellner’s 4:17.

Both athletes sat on the floor for a full two minutes before approaching the barbell for 18.2a.

Ohlsen opened with a good lift at 225 lb.; Vellner matched it a few seconds later. The pair continued to climb in near-equal increments, each making four good lifts and missing once before the clock stopped at 12 minutes, leaving Vellner the victor with 325 lb. to Ohlsen’s 311. 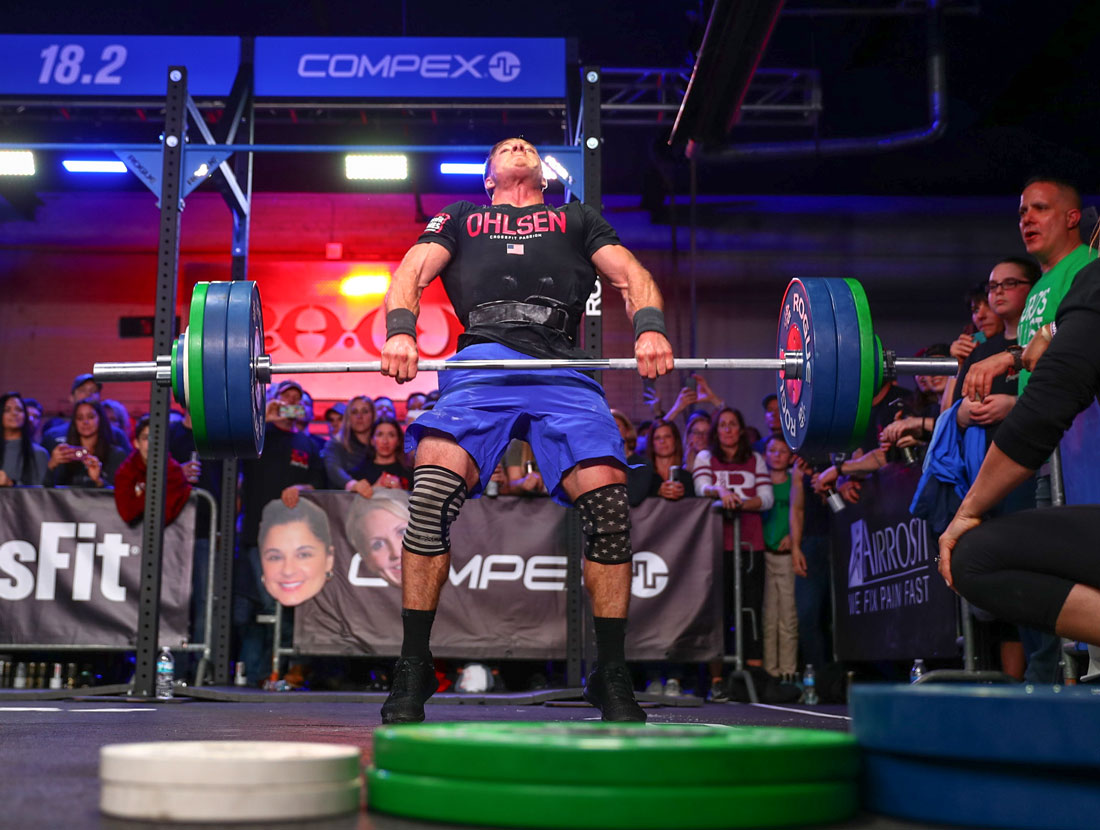 Neither approached his PR, but there’s a reason for that.

“My legs were like lead—or steel. Is that what they use here?” Ohlsen said after the workout, which took place just north of Pittsburgh.

But don’t let that deter you from giving your best effort.

As Vellner said, “You’re gonna have to make it hurt. … You can do your burpees faster. You just don’t want to.”

We’re two weeks into the Open, and there already have been plenty of fireworks and memorable moments. Here’s a recap of the live announcement of Open Workout 18.2 and the matchup between R.A.W. Training (CrossFit R.A.W) stars Bob Anthony and Lauren Black, followed by a showdown between CrossFit Games athletes Noah Ohlsen and Patrick Vellner.

Posted by The CrossFit Games on Saturday, March 3, 2018