Guide to the Semifinals Week 3

The Semifinals will serve as the final hurdle for individual athletes and teams hoping to qualify for the 2021 NOBULL CrossFit Games.

CrossFit has partnered with a series of event organizers to host 10 Semifinal events over four consecutive weekends in May and June. Each Semifinal will host 30 men, 30 women, and 20 teams of athletes who scored top performances in the online Quarterfinals. The Semifinals will take place on six continents, with each continent hosting at least one event: North America (4), Europe (2), Oceania (1), Africa (1), Asia (1), and South America (1). 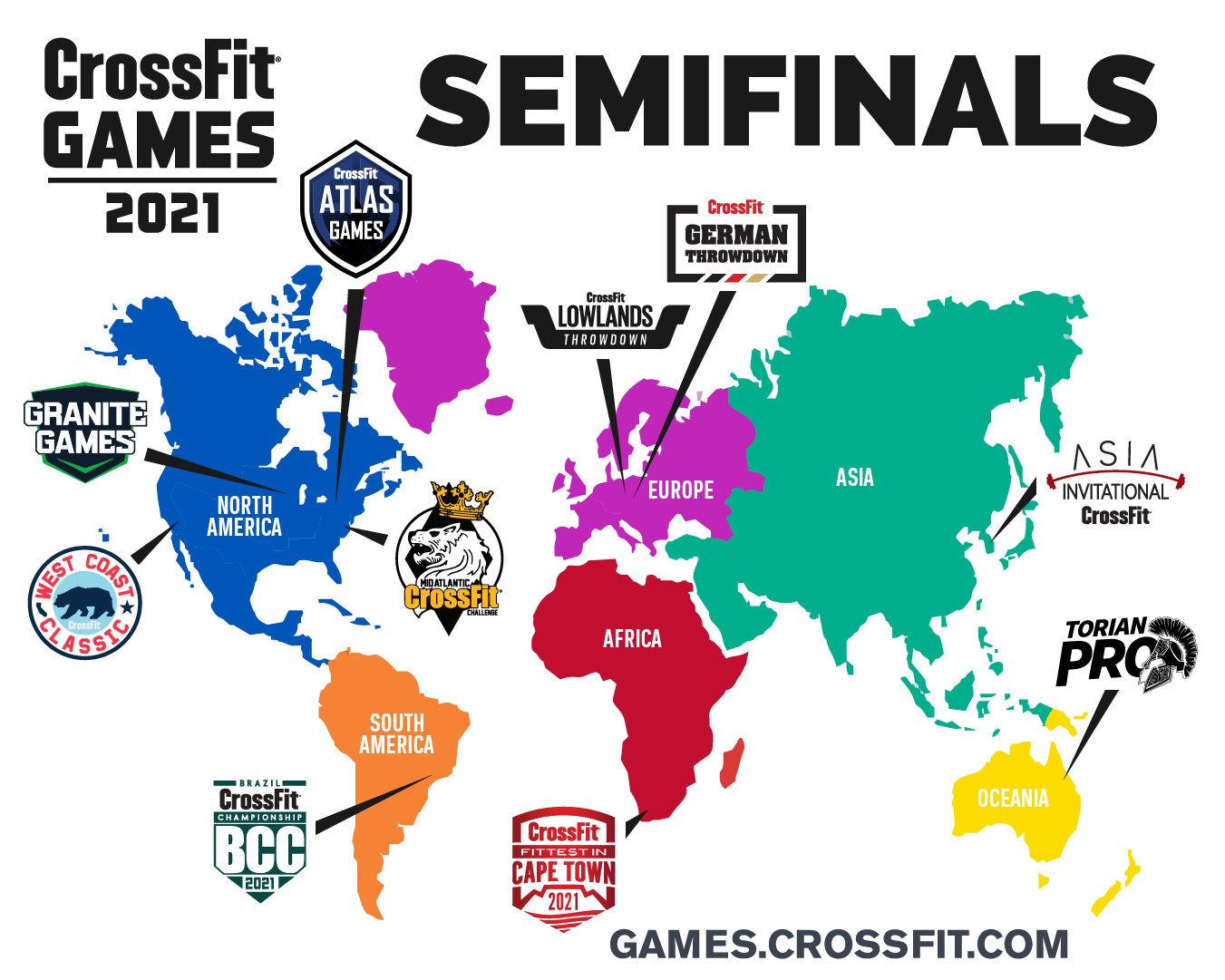 Week 2 successfully wrapped up the Granite Games, the second of four North American Semifinals, and Fittest in Cape Town, the singular African event. The number of athletes advancing from each Semifinal event varies by region. See section 4.13 of the CrossFit Games Rulebook for details. 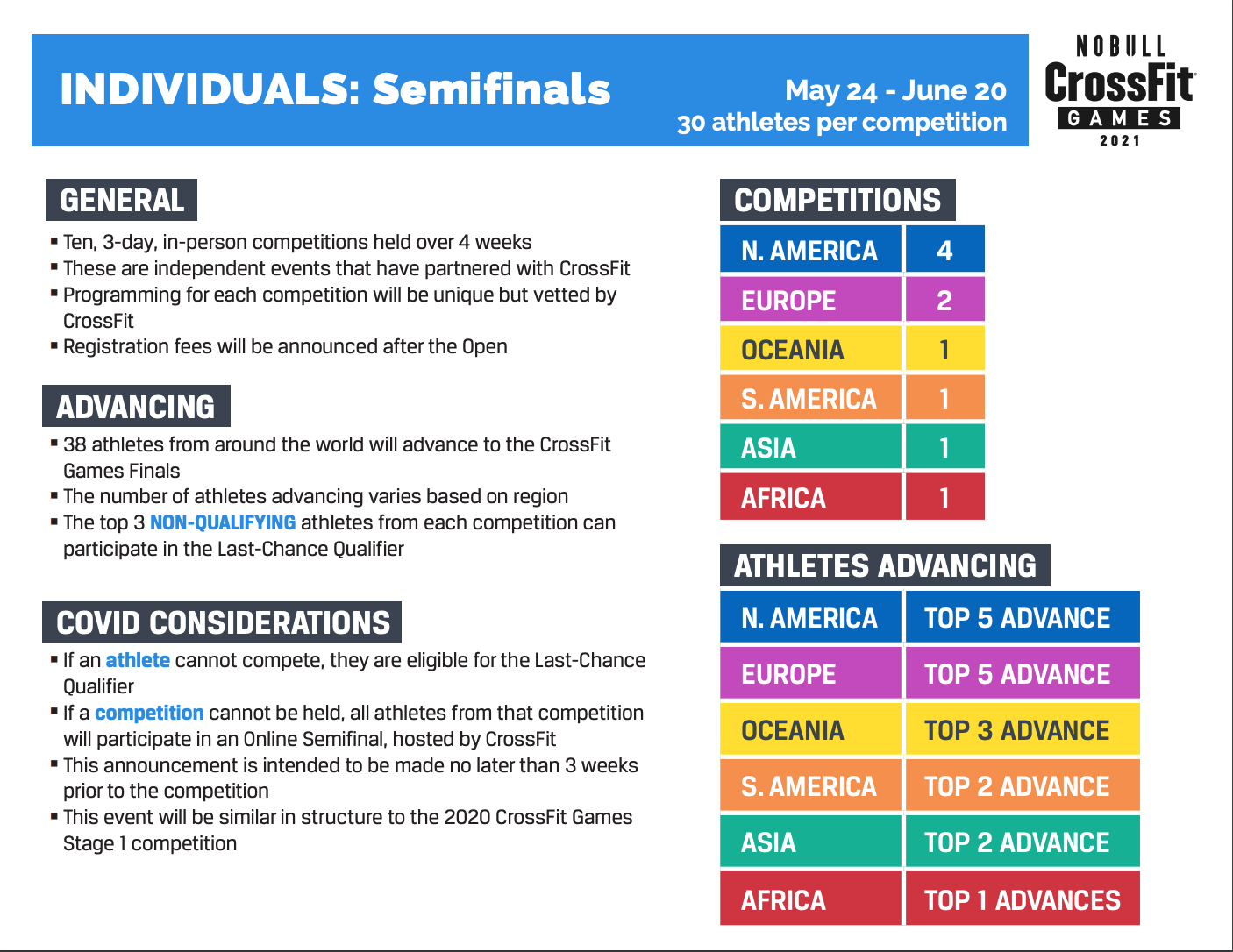 Athletes narrowly missing the chance to advance to the CrossFit Games will be invited to compete in the Last-Chance Qualifier during the week of June 28. Athletes who finished sixth through eighth place at the Granite Games and second through fourth at Fittest in Cape Town will advance to the Last-Chance Qualifier. View the leaderboard to see which athletes will get another shot at advancing to the 2021 NOBULL CrossFit Games.

Week 3 ushers in three of the five online Semifinal events: Lowlands Throwdown, German Throwdown, and the Brazil CrossFit Championship. Unlike the in-person Semifinals, all online Semifinals will have the same workout programming. Events were released to individual athletes and teams on Friday, June 4. The scorecard for each event contains specific floor plans, judging requirements, and equipment lists. Competition windows will begin on Thursday and conclude on Sunday, with two events due per day.

To see which athletes and teams are competing at each Semifinal, check out the Semifinals leaderboard. We will be updating the leaderboard regularly during the Semifinal competitions.

View dates and locations for the remaining Semifinals here.