Everything was coming together. The trucks had been packed full of equipment. Airfare and hotels were booked. Everyone on the team knew their assignment. A veteran crew of media experts was gearing up to go to Madison to get footage of the 2018 CrossFit Games.

After the success of the previous CrossFit Games documentaries — 2016 and 2017 taking the No. 1 spot for documentaries on iTunes — the crew planned to get all the material they would need to tell the story of the 2018 Games.

But unsettling rumors were beginning to circulate around the CrossFit Home Office. Change was in the air, and there was talk that CrossFit leadership had a new vision for the company, one that would alter the shape of the media team and perhaps the future of the CrossFit Games forever.

Once on the ground in Madison, those who had heard the rumors had a choice: They could fold in the face of the uncertainty, or they could do what they came there to do.

With knots in their stomachs and cold brew in their cups, CrossFit’s staff rallied. They were ready to put on a show.

Sure of the corroboration of a field full of all-star athletes chomping at the bit and waiting for the gates to lift, the staff decided to make 2018 the best CrossFit Games fans had ever seen.

And the media team showed up, ready to record what some suspected would be the ultimate CrossFit Games — ultimate in both senses of the word: the best and the last.

“The hardest part when it got — I don’t want to say destroyed — when the film got canned, it really felt like it was the best footage we had ever captured,” Mariah Moore, director of the 2018 documentary, told the Morning Chalk Up in August this year.

During a call with me in October, Moore elaborated on what made 2018’s footage the best. She spoke warmly about Tyson Oldroyd, CrossFit’s Coordinating Producer — now Moore’s husband — and she highlighted the role Oldroyd played in growing the media team:

“Tyson did a really good job for a lot of years of bringing together a lot of really great people to shoot the Games, and I think that year in particular, we really figured out each other's strengths and weaknesses,” she said.

“We knew that Mike Koslap was the best on long glass. We knew that I was the best at being on sticks with the biggest lens possible. We knew that Ian Wittenber and Marston Sawyers were best on gimbals, Michael Dalton and Heber Cannon did awesome — had great rapport with the athletes, Carol Pasquali filling gaps with interviews and occasionally shooting events. … So we had finally figured out who fit best where and … I feel like people flourished in their positions that year,” she continued. 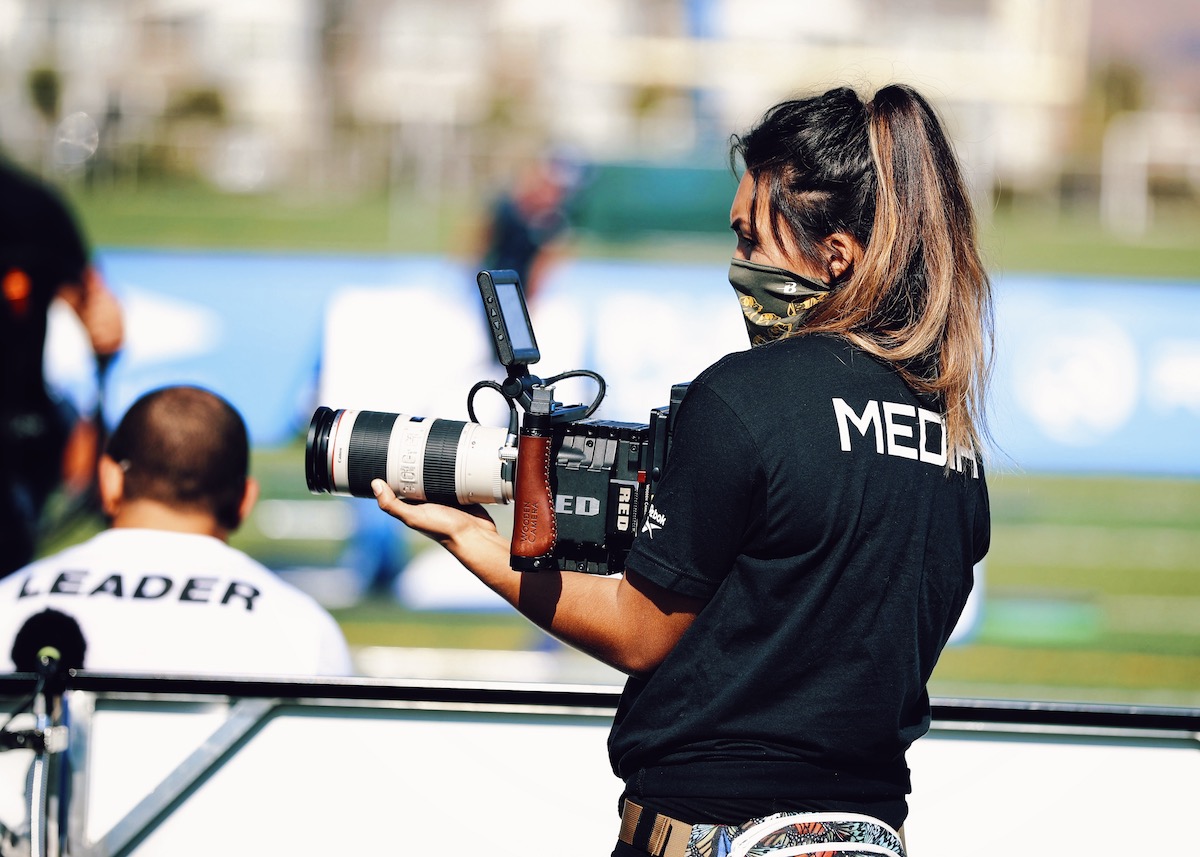 “And of course, supporting the entire time was our crew of volunteers,” she added. “Every single year the people that volunteer to help come run cards for us, get us water, batteries and anything else — they're the real MVPs. No film would be possible without our volunteers.”

The teamwork that went into capturing so much footage they could be proud of made what happened next particularly hard to bear.

On Tuesday, Aug. 14, less than two weeks after closing out the hardest week of the year and producing an incomparable cache of content, several members of the media team awoke to an email from CrossFit’s human resources department, setting up a meeting they knew would signal their termination.

Additional waves of layoffs occurred in October of 2018 and February of 2019. In total, CrossFit’s staff was cut down by about 100 people. Moore, Oldroyd, Cannon, and Sawyers were among the team members who lost their jobs.

Those were dark days at the CrossFit Home Office in Scotts Valley, California, which had served as the company’s media headquarters for years.

But amid the heartache were several causes for celebration: Staff members gathered in the gym to work out and sweat with coworkers one last time, and many waited in the parking lot with smiles, tears, and beers as their former colleagues and friends made their way to their cars with boxes full of items from hastily packed-up desks.

Amid the hugs and bittersweet celebration, Moore shared big news: She and Oldroyd had just found out that morning that they were having twins.

The team toasted and swapped stories long into the night, unsure what the future would hold and what would come of all the hard work they’d put in at the 2018 Games.

“Since I was laid off in 2019, Tyson and I had been working quietly behind the scenes to obtain the rights to finish the film. After a couple of years, things seemed to quiet down a bit on that front,” Moore said.

But earlier this year, Moore received an unexpected phone call.

It was Justin Bergh, CrossFit’s Vice President of Sport and Partnerships.

“I was approached by Justin Bergh and was asked to bring the film back to life,” Moore said. “I'm not sure I even let him finish before I was saying, ‘Yes, yes, yes, yes!’”

Now that she had the freedom to create the film, she needed to figure out a new creative vision.

“A big part of figuring out what the story was,” she explained, was figuring out how the community currently felt about the 2018 Games and then tapping into those emotions.

“Most people look back on 2018 as, up until this year, honestly, as the best Games … so it's like, OK, how do we bring that back to life and display that in a way that makes it relevant?” Moore said, acknowledging she had a lot of work to do if she was going to bridge that gap. How could she go about capturing the 2018 zeitgeist and making people care about it in 2021? 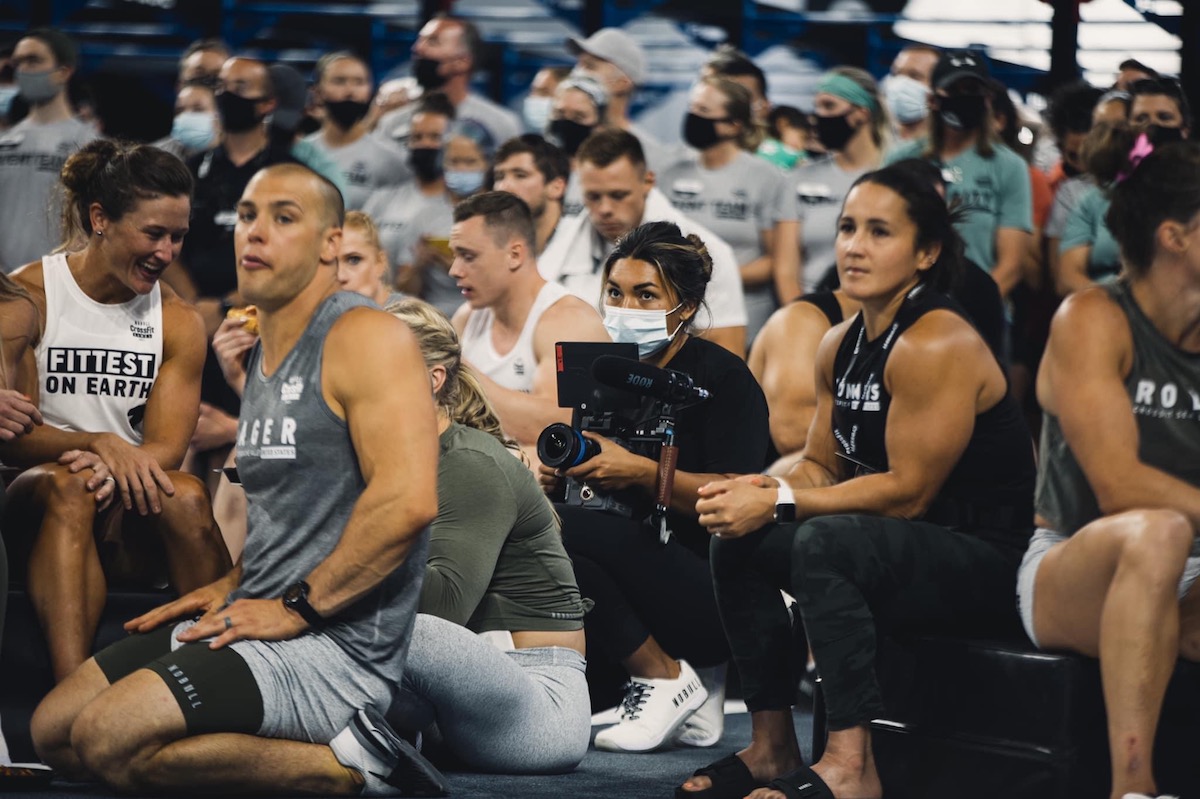 Moore decided to tell the story in a retrospective way that couches all the hard-won victories by the athletes on the field within the story of the hard-fought battles behind the scenes that were making the 2018 Games the best yet.

Moore said the part of the documentary she’s most excited for people to see is “the most honest perspective from the internal team about what happened in 2018.”

“We get to see how people internally actually felt,” she explained.

The 2018 Games, of course, were not the last CrossFit Games. And the harrowing experience of thinking they were wasn’t, in fact, all bad, Moore said.

“I feel like the essence of (the film) is you have to go through hard things to learn and to grow,” she explained. “Things aren't bad. It's a great opportunity.”

“The Games staff took a couple of hard years, and they learned from it,” she continued. “They took the best from it, and they put it in the ‘21 Games.”

The Games, she said, have grown.

Her family has grown, with twins Mia and Damon now 2 years old and “always dirty” from rowdy play outside their otherwise quiet home tucked amid the farmland, vineyards, parks, and pristine Southern California beaches in Santa Barbara County.

Despite having virtually no free time and working on her film at a tiny desk inside a cluttered equipment closet — a choice Oldroyd often good-humoredly ribs her about — “I’m satisfied with what I’m doing right now,” Moore said.

“I always wanted to be a director or filmmaker,” she explained. “I started off wanting to make feature films, but I fell in love with documentary filmmaking while working for CrossFit.”

Now she’s ready to share that love with the world through the 2018 documentary — the first documentary film she’s directed by herself. 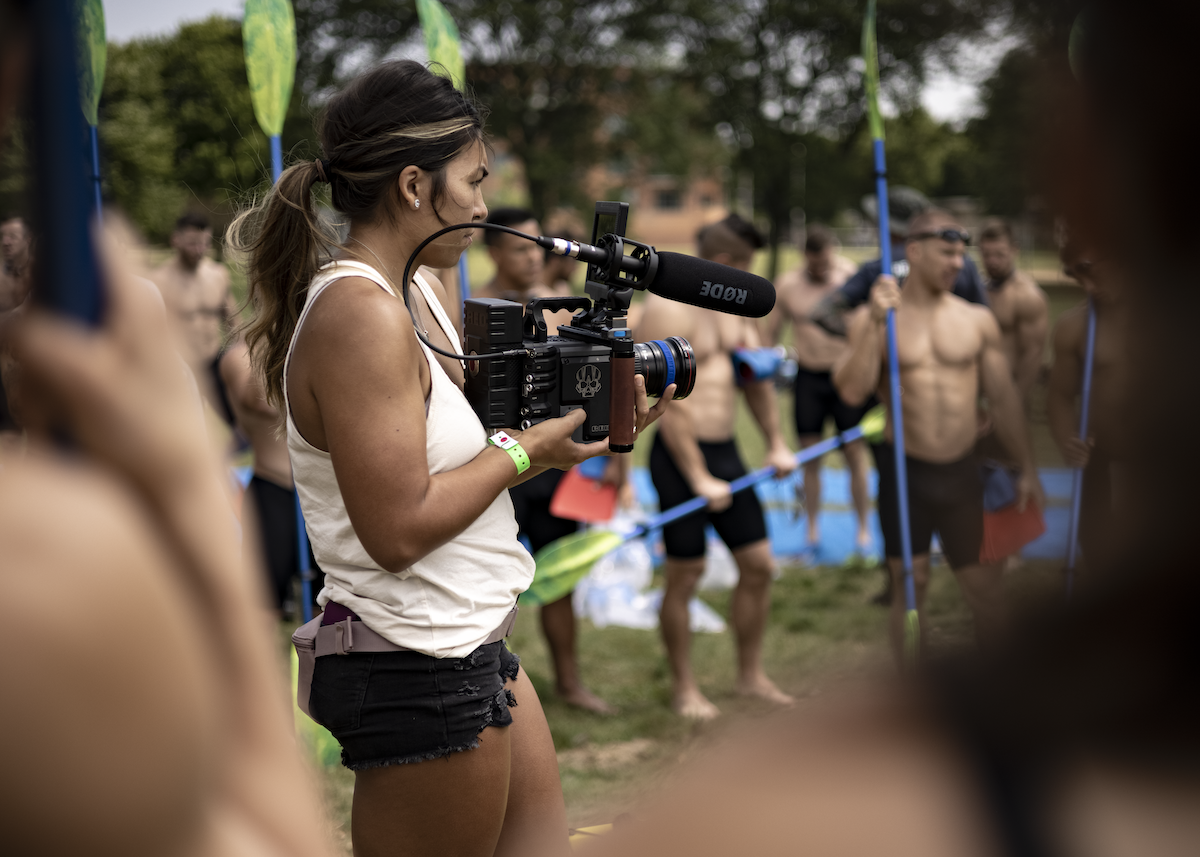 People often ask Moore what advice she can offer to the next generation of aspiring filmmakers. It’s taken her a long time to find the right words and sentiment, she said, but she offered this: “Put your head down and grind, but on top of that, treat people right.”

“Our industry — in a lot of industries — there are a lot of shitty people, and at the end of the day, people can learn how to make movies and do that kind of stuff, (but) people want to work with people that treat you well. … I continue to bring in close with my projects the ones that are genuinely good people, that treat people right. So yeah, put your head down, take opportunities that come your way, and treat people right.”

PRE-ORDER “2018: THE ULTIMATE TEST” ON ITUNES OR AMAZON

All photos courtesy of Mariah Moore.