Three years ago, Rebecca Shingledecker survived three brain injuries. Two weeks from now, she will compete in the inaugural adaptive division at the 2021 NOBULL CrossFit Games.

It all started with what seemed like simple brain fog.

In February of 2018, Shingledecker attended a Level 1 Certificate Course. But while at the training, she felt like none of the information was sinking in.

“I had always been really educated and smart, but it just wasn’t clicking,” she said.

Shortly thereafter, Shingledecker experienced a series of headaches and exhibited stroke-like symptoms — muscle weakness and slurred speech — during the 2018 CrossFit Games Open. Just days before Open Workout 18.5, she found out why.

She had a brain tumor.

She received the news on March 14, 2018, the same day she celebrated her daughter’s 24th birthday and received her Level 1 Certificate in the mail. Her years serving as an EMT and first responder helped her stay calm.

“It was good to have a diagnosis for what was causing the extreme headaches and symptoms,” she said. “It was definitely a surreal experience, though.”

The golf-ball-sized tumor was embedded in the motor-control center of her brain, surrounded by a sea of swelling that could have caused a stroke, seizure, or paralysis at any time.

“If the tumor hadn’t been found when it was, it could’ve killed me,” she said. 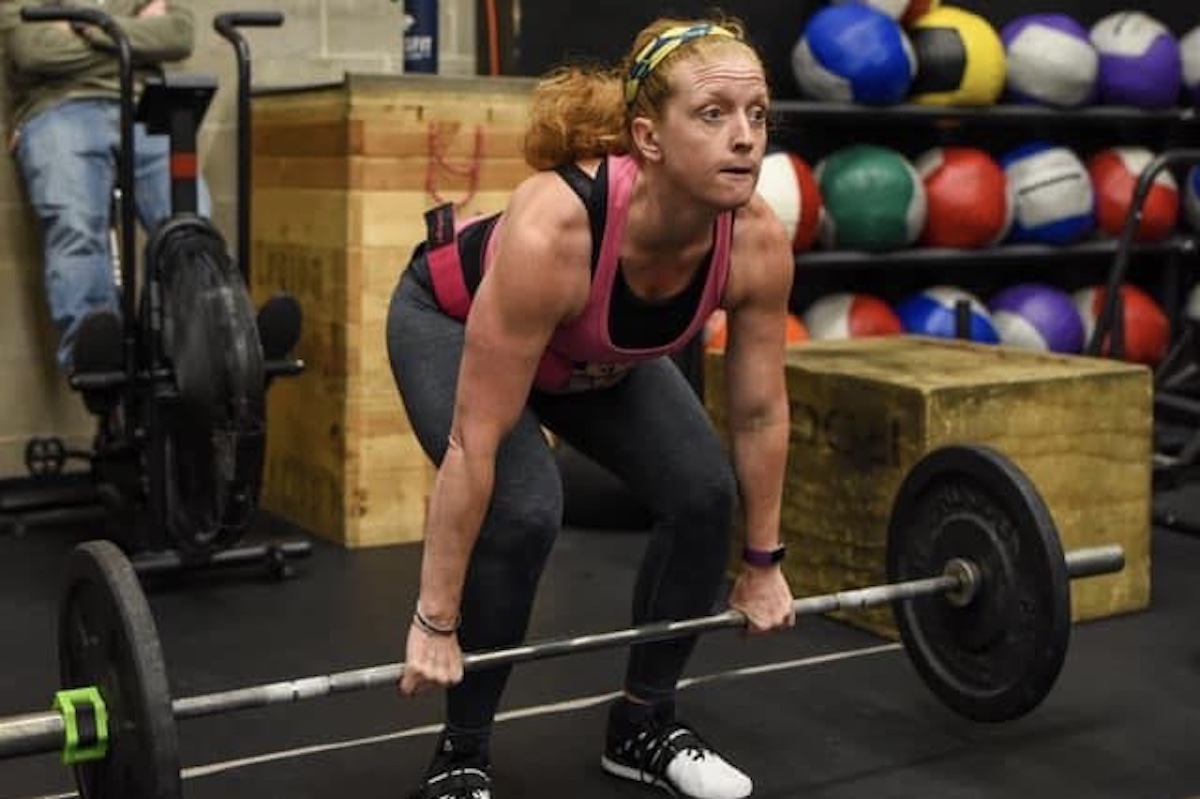 Before finding CrossFit, Shingledecker was an avid marathon runner. But in 2017, she decided she needed a break from running.

When she first heard about CrossFit, she had some reservations.

“I had been hearing my best friend, Jennifer, talk for a couple years about this ridiculous-sounding stuff that she did in Texas in 110 degrees and the obscene stuff she was doing,” she recalled. “And she paid a ridiculous amount of money for it, and I was like ‘Oh, heck no.’”

But in June of 2017, Shingledecker decided to try a free community workout at CrossFit Panther City in Fort Worth, Texas (now her CrossFit home).

“I was hooked, and I just never left,” she said, noting that aside from the workouts, what she really fell in love with was the community.

Sixteen days after her diagnosis — and after a string of exhaustive CT scans and MRIs —  Shingledecker was on the operating table. Death, paralysis, loss of speech and motor control — all were possible risks going into surgery.

“I prepared as best I could,” she said. “Ignorance was bliss in my situation because God only allowed me to know very little of what I faced. I definitely don’t think I could’ve handled the full knowledge of what I would end up facing at that time.”

Before the procedure, Shingledecker had shared her story on the CrossFit Masters Facebook page. She woke up the day of surgery to a flood of supportive messages from around the world — words of encouragement and photos of people writing her initials on their arms for the final Open workout.

The surgery went as well as could be expected.

“They made a very large horseshoe-shaped incision and folded it over, and cut a very large portion of my skull off to get to my golf-ball-sized tumor,” she said. “When they were finished, they just put it back together like a bizarre puzzle.”

Rebecca left the operating room with over 50 staples in her skull.

The first few days after surgery, she was in and out of consciousness.

“One memory I do have is that my mom was in the room with me (two days after surgery) when a friend called me, and I tried lifting the phone to my ear with my right hand and couldn’t hold it up,” she said. “I vaguely remember looking at my mom, helpless, and her having to tell my friend I couldn’t talk. I also had issues slurring my speech and not remembering words.”

Shingledecker’s neurosurgeon and anaesthesiologist told her that CrossFit probably saved her life.

“I totally believe that God saved my life, but he used CrossFit to do it and keep me fit,” she said. “Even later when I was in rehab, they said that there was no doubt that if I hadn’t been doing CrossFit and been in such good shape, I would still be using a walker.”

Shingledecker spent seven days in the ICU before transferring to inpatient rehab for two weeks. Then she completed six weeks of intensive outpatient rehab before making her way back to her CrossFit community.

But Shingledecker’s journey back to CrossFit was anything but easy.

Six months after surgery, she sustained a second brain injury in a three-car pileup. Half a year later, while practicing her overhead technique, she dropped a 55-lb. barbell on her head, causing her third brain injury within one year’s time. It’s nearly impossible to tell what side effects are from which injury at this point, she said.

But she was determined to keep moving forward.

Certain CrossFit movements, such as handstand push-ups and burpees over the barbell, are dangerous for her now. But despite her limitations, Shingledecker took third in the Standing Neuro Women’s division in the 2021 WheelWOD Open in November 2020.

Three months later, she took fifth in the women’s Neuromuscular division of the 2021 CrossFit Open, and in less than two weeks, she’ll prove her fitness in Madison.

But it’s not points or accolades this athlete is after.

“If God has chosen to make me survive all these things, I just want my life to have some purpose and to inspire people,” Shingledecker shared. “If I can do this, you can too.”

All photos courtesy of Rebecca Shingledecker

Purchase tickets now to watch Shingledecker compete in person at the Games or catch the livestream on Facebook, YouTube, Twitch and games.crossfit.com. The leaderboard will be updated throughout the competition weekend.