The next year, in 2012, CrossFit added four masters age groups for men and women. Over the years the masters groups grew, and in 2015 two teen divisions were added.

This year, when you click on “Divisions” on the Open leaderboard you’ll see eight new categories for each gender: upper extremity, lower extremity, neuromuscular, vision, short stature, seated with hip, seated without hip, and intellectual.

These are the adaptive athlete divisions, and they represent years of work and determination from a team of people dedicated to bringing adaptive athletes into the CrossFit Open.

Logan Aldridge is a celebrity in the world of adaptive fitness. He lost his left arm in a boating accident when he was 13 and after the accident kept wakeboarding and playing lacrosse at a national level and in amateur events. He discovered CrossFit in 2015 after he graduated college.

“I was just hooked,” Aldridge said. “Like most people when they start CrossFit, all you want to do is talk and think about CrossFit.”

He’d been doing CrossFit for a few weeks when the 2015 Open started. He entered the scaled division and was able to do all the movements until single-unders appeared in the third workout.

“Oh, shoot,” he remembers thinking. “I didn't think about this. How am I gonna do this with one arm?”

Determined to complete the workout, he grabbed an old lacrosse shaft, stuffed jump rope handles in each end, taped them up, and did 100 single-unders.

After that Aldridge became obsessed with the idea of customizing workouts. He began thinking about how to do a wall ball with one arm, and then after that he thought about how to adapt a wall ball for somebody who had one leg and was an above-the-knee amputee. He wanted everyone to have a chance to try the best version they could of the movement standards written in a prescribed workout so more people could participate and compete in CrossFit.

Aldridge wasn’t the only adaptive athlete looking for a way to compete in CrossFit. In 2013 Chris Stoutenburg, a two-time paralympic Gold medalist, began adapting the Open workouts and posting his adaptations on YouTube. His company, WheelWOD, then offered a way for adaptive athletes to submit their scores through Competition Corner, creating a parallel Open competition and leaderboard for adaptive athletes.

In 2014 Stephanie Hammerman, who was born with cerebral palsy, asked the founders of WODapalooza if she could compete alongside the other athletes. She did, and in 2015 WODapalooza added a dedicated adaptive division.

“This was the first big live, in-person competition to add an adaptive division, giving adaptive athletes their own competition, not just some showcase or exhibition,” Zirkenbach said. 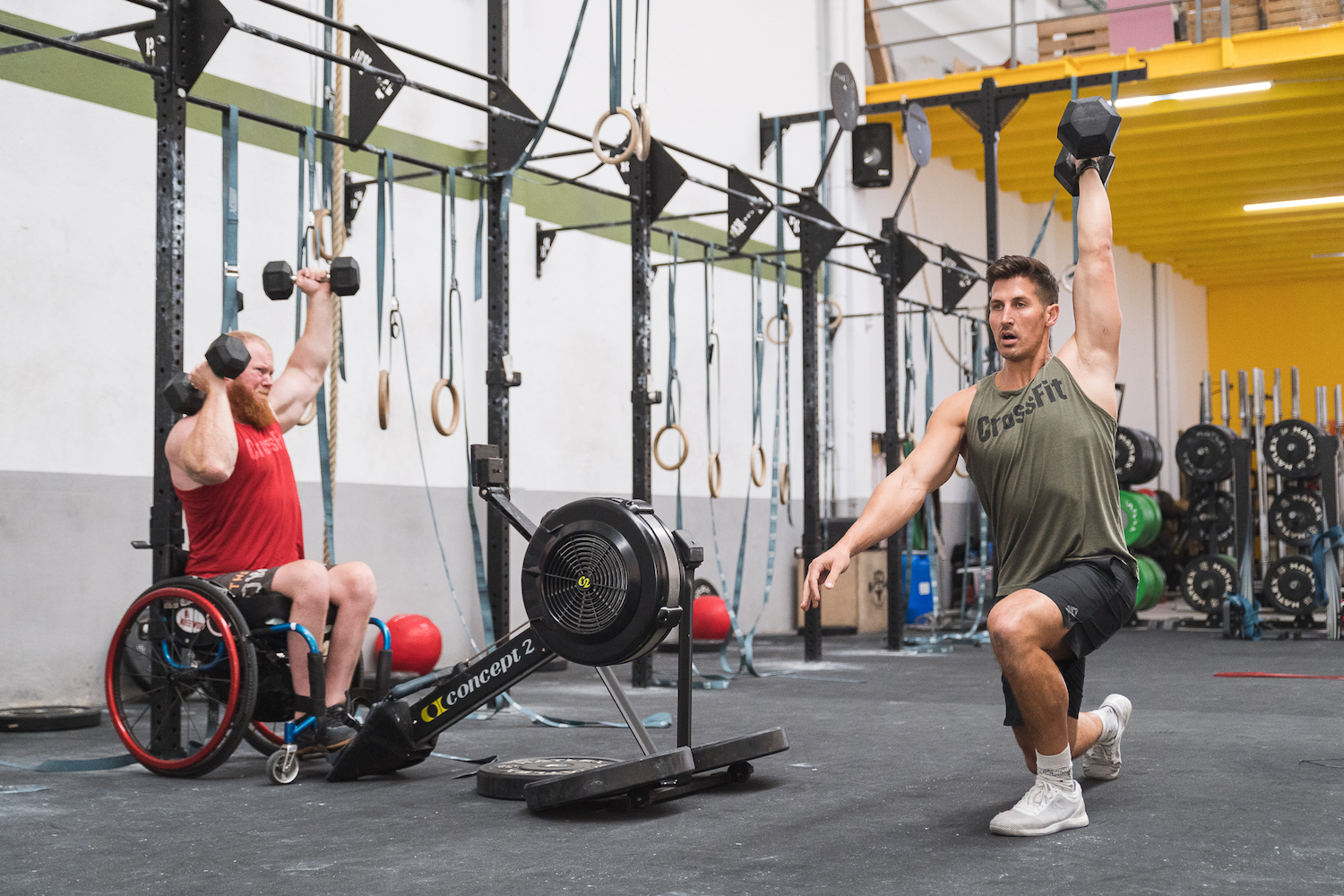 Stoutenburg took over WODapalooza’s adaptive division in 2016 and continues to run it with the ATA staff, which includes Kevin Ogar, Aldridge, and Zirkenbach. Soon WheelWOD and the ATA joined forces, and in 2017 they began running the Adaptive and Inclusive Trainer Certification, part of the CrossFit Preferred Course Program.

Over the years the CrossFit Games had featured exhibitions for adaptive athletes, but the athletes weren’t part of the official competition. That all changed in late 2020 when CrossFit asked the ATA to establish official adaptive divisions for the 2021 Open.

Already immersed in the adaptive athlete community, Zirkenbach and Aldridge wanted to make sure they created a competition that was fair and inclusive. They held two open Zoom calls to discuss the sport of adaptive CrossFit and how they could best run an adaptive athlete division.

“We really just had an open discussion with people from around the world,” Zirkenbach said. They heard from subject-matter experts, trainers, parents, and the athletes themselves.

“And if it wasn't for that input, the adaptive athlete policy, the divisions, everything would not be as great as it is now,” Zirkenbach said.

If an athlete has an impairment that fits the standards written in the Adaptive Athlete Policy, they are eligible for one of the eight divisions in the Open.

“One of the questions we had in the early discussions with CrossFit was ‘What's your goal with the Open? Are we trying to let everybody participate if you identify as an adaptive athlete or is it going to be super competitive, like this is the Paralympics of CrossFit?’” Zirkenbach said.

CrossFit came back and said the Open is the first qualification stage for the Games, so it needs to be a fair competition, which means strict guidelines and eligibility standards for who can compete in what division.

“The Open was created with the belief that anyone with the desire to compete should have an opportunity to do so,” Games Competition Director Adrian Bozman said.

He said he’s looking forward to the Open as well as other opportunities CrossFit can provide adaptive athletes in the future.

“It's exciting that CrossFit is able to offer more divisions than ever before to showcase the huge range of athletes that make up the CrossFit community,” Bozman said. 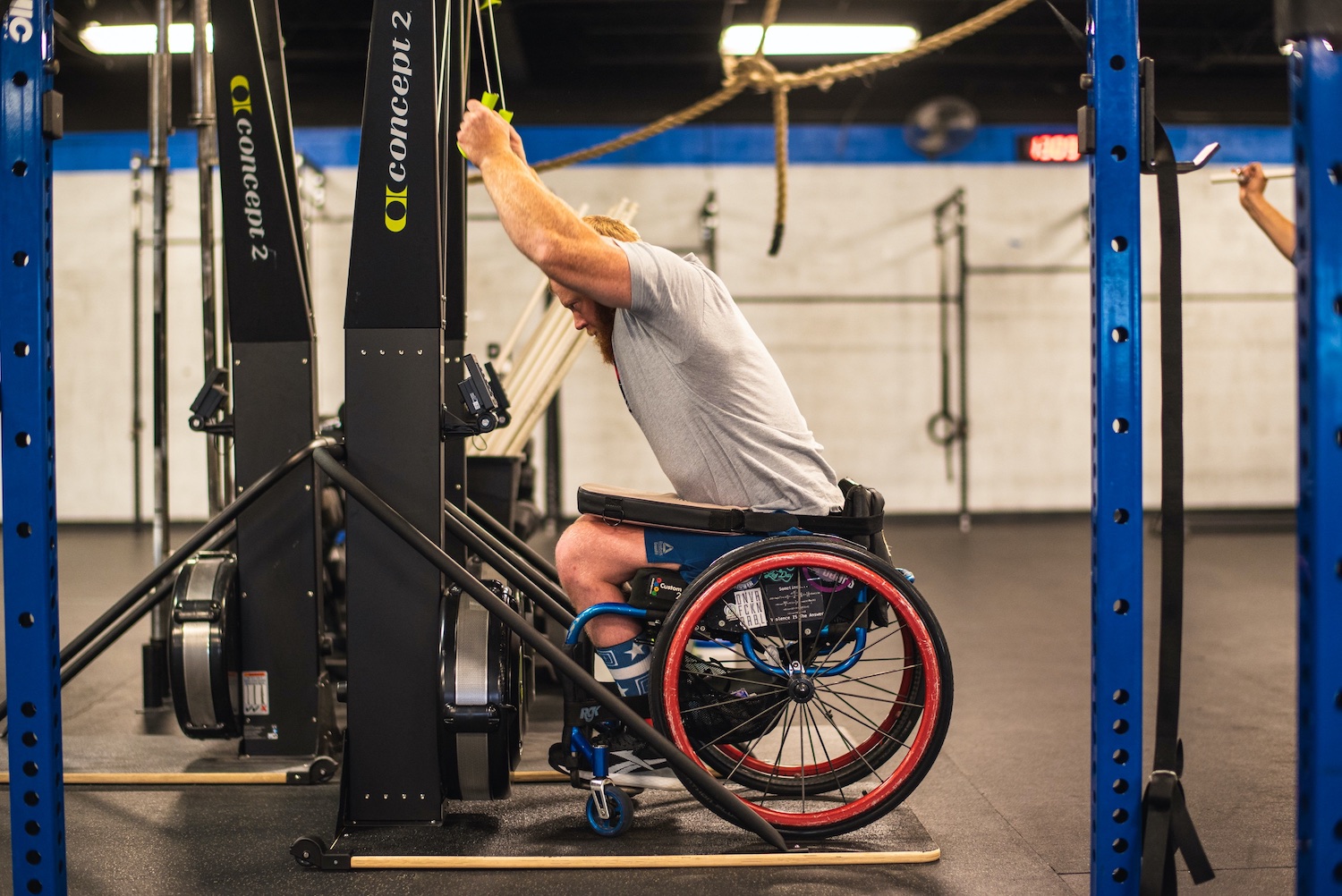 A Call to Action: Register

This year the adaptive competition is limited to the Open. Zirkenbach said in the future they’d love to see the adaptive options expand to include age groups, a team division, and a chance for adaptive athletes to move on to other stages of the competition.

“We're happy to have this first foot in the door,” Zirkenbach said, “but what we need is adaptive athletes to register. The big thing that we want to see is registrations and participation.”

Aldridge said he wants all adaptive athletes to register and get involved, even if they’re new to CrossFit. 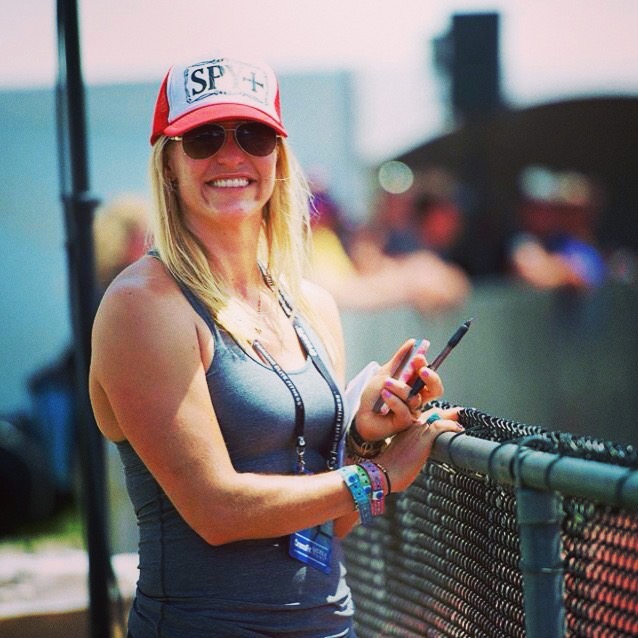 Hilary Achauer is a health and fitness writer who started writing for CrossFit in 2011, writing for the CrossFit Journal and covering Regionals and the Games. She's written for the Washington Post, The Week, Men's Health, and Greatist, and she also writes marketing copy that helps gym owners build their businesses and strengthen their communities. When she's not at the gym, you can find her surfing the waves about a mile from her house in San Diego. Follow her on Instagram @hilaryachauer or read more of her work at hilaryachauer.com.