Bouncing on the black barricade, he continued yelling commands until the athlete started for the finish line.

His voice faded as he turned his head to the crowd behind him and gave a bashful smile. Then he stepped off the barricade.

At the CrossFit Games, spectators can be just as intense as competitors. 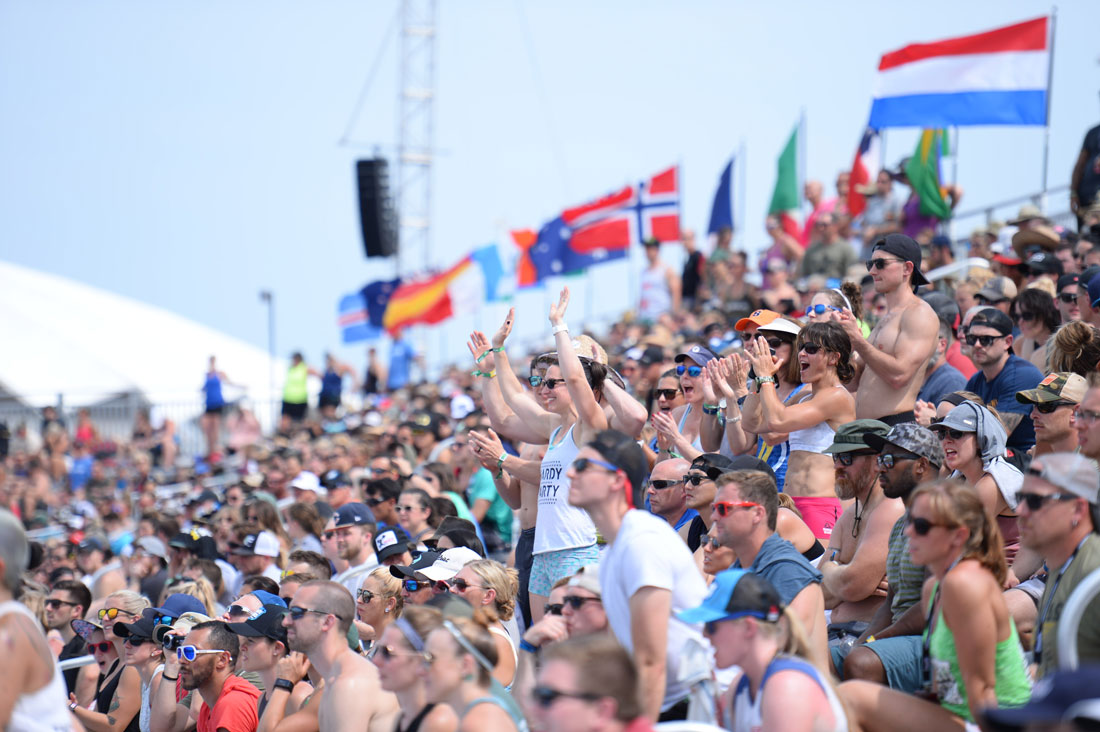 Amid the cacophony surrounding the field of play, it’s optimistic at best for any single person to assume his or her instructions are being heard, much less heeded. But that doesn’t stop anyone. Actions aren’t driven by reason, just raw emotion. Speech is often accompanied by fist pumping, foot stomping, bouncing, whistling, clenched teeth, and followed by strained vocal chords and lost voices.

Behind the barricades, the full array of directives begins to form themes. 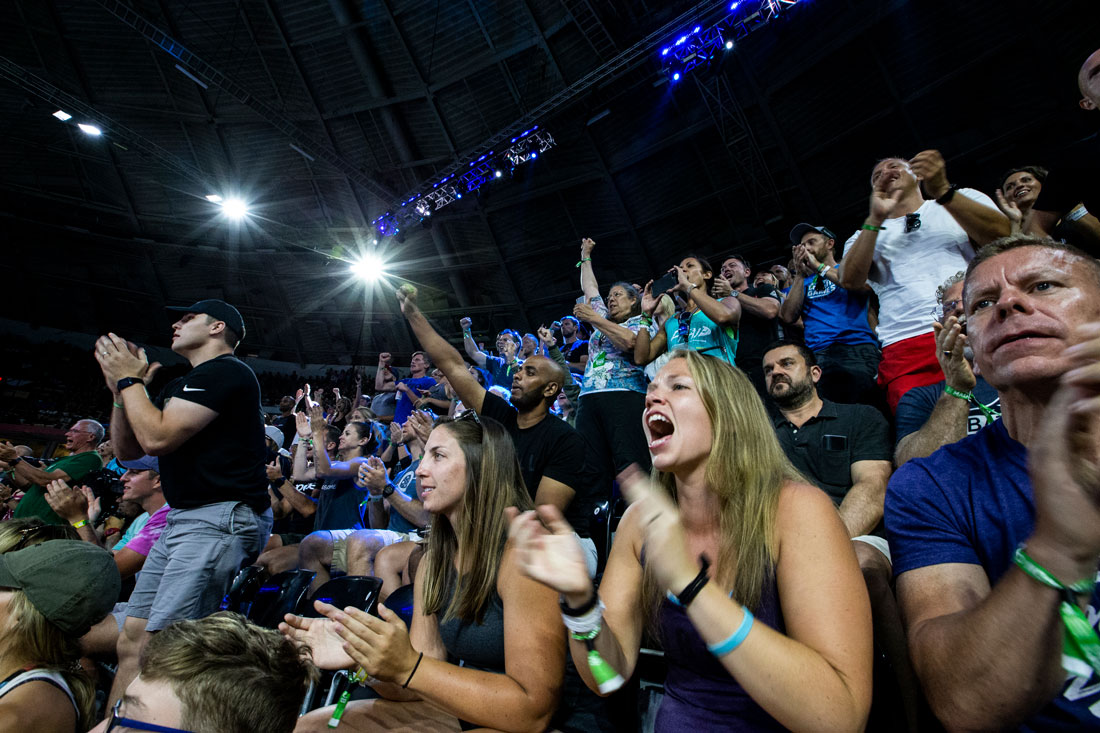 “You got the energy!” 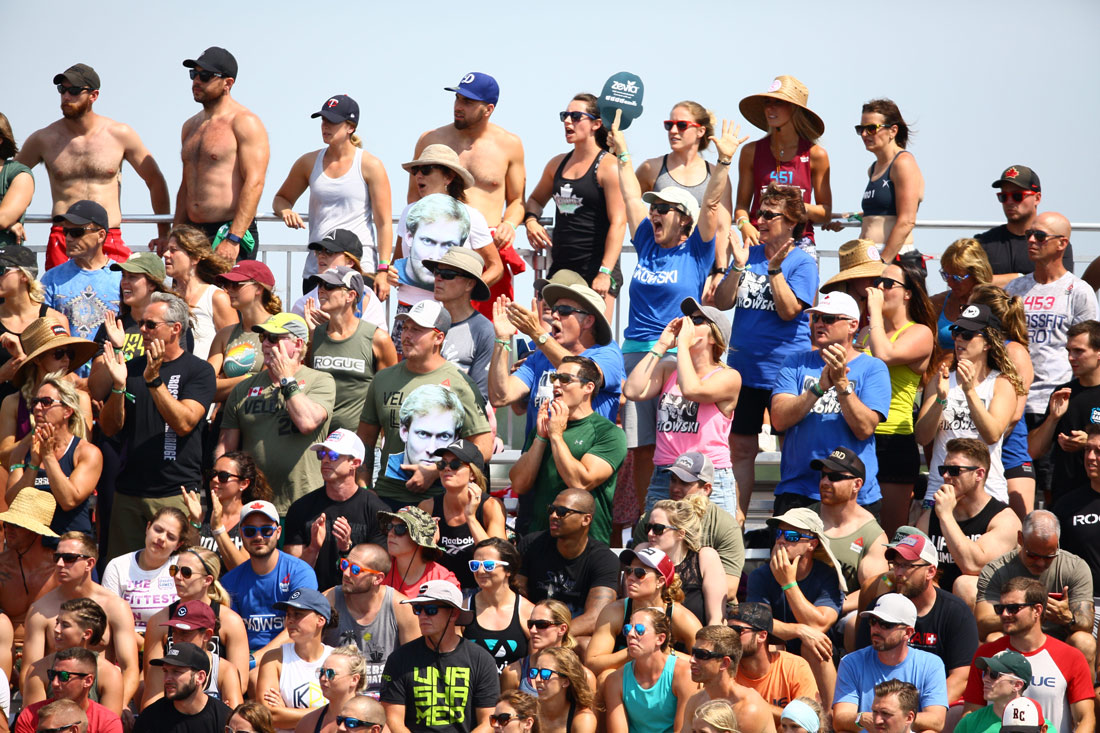 “Come on, you want to finish!” 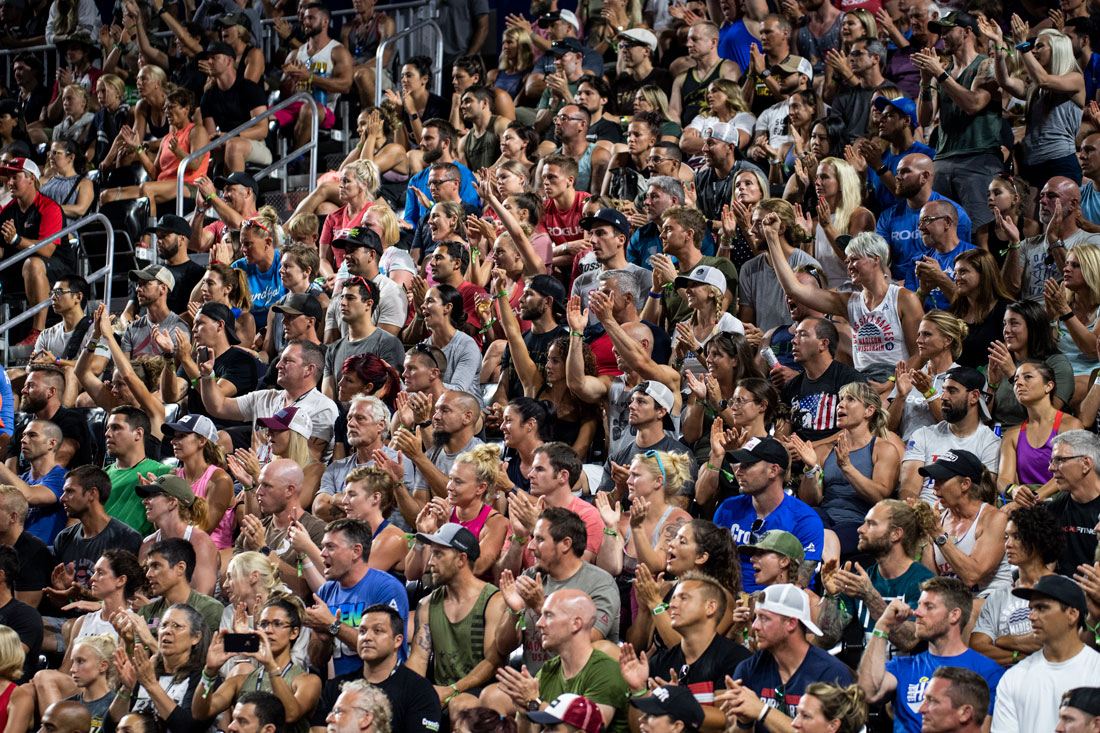