For the first time since the 2020 CrossFit Open, spectators were welcomed back to live Open-announcement showdowns with Open Workout 22.1. And to kick off the 2022 CrossFit Games season, the event took place at the brand-new CrossFit media studio in Boulder, Colorado.

With a fresh dusting of snow outside, a room electrified with spectators from Home Office and neighboring gyms, and thousands of athletes from around the world tuning in, the CrossFit community gathered together to honor a tradition that has been a staple since 2013.

As the views racked up on the livestream and the crowd lined up around the arena, CrossFit threw in an extra surprise to kick off the first workout. Five-time Fittest Woman on Earth Tia-Clair Toomey was given the honor of announcing 22.1 to the world live from Nashville, Tennessee.

At promptly 12 p.m. PT, Toomey tore open the hand-delivered, sealed envelope and released the first workout of the 2022 Open. 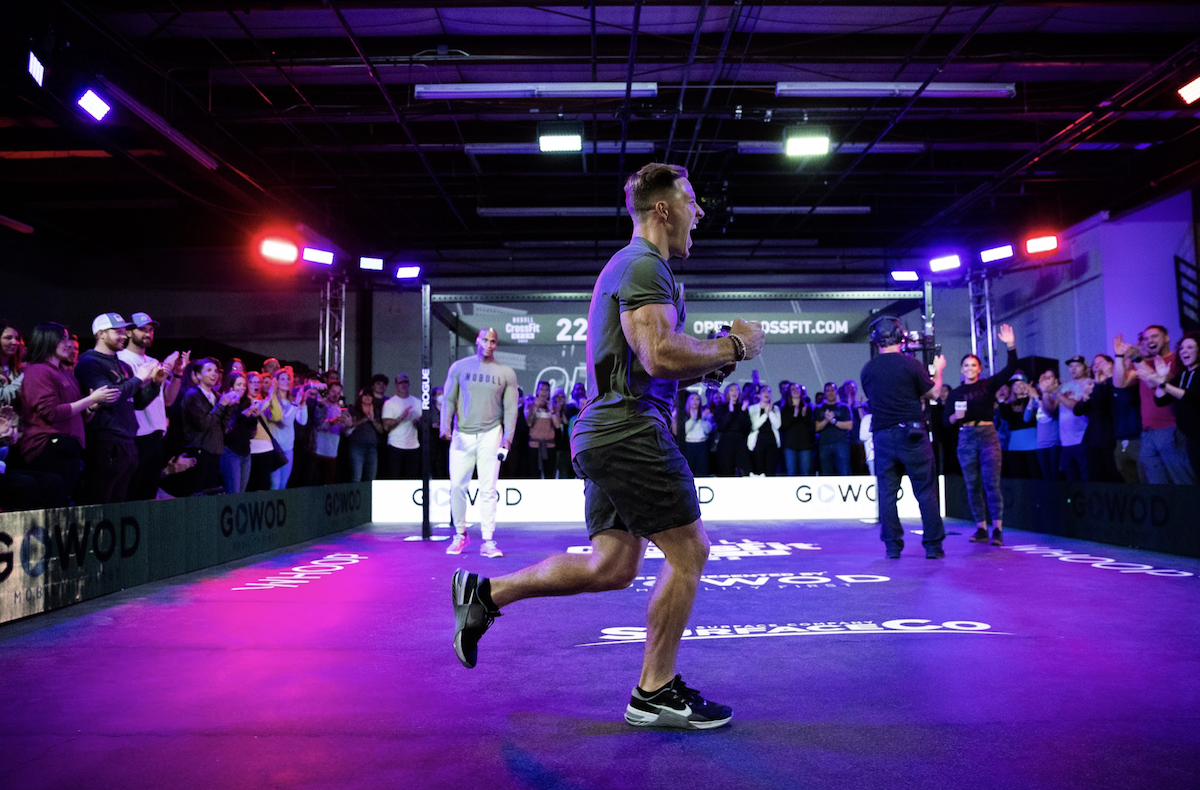 “Smart” and Steady Wins the Race

It was a brisk 3 degrees when four seasoned Games athletes woke up this morning in Boulder.

For Canadian Pat Vellner, “the cold never bothered (him) anyway,” but for Miami native Noah Ohlsen, this environment was new terrain.

Before the athletes took their marks, Ohslen said, “Thankfully, I haven’t felt the altitude yet,” and he came out of the gate fast and furious.

Ohlsen shocked the crowd with his impeccable speed. Within 30 seconds, he was already through his first wall walks and about to finish his first set of dumbbell snatches, as Vellner trailed behind.

You could hear mummers spreading behind the barriers. It was sure to be a win for Ohlsen. 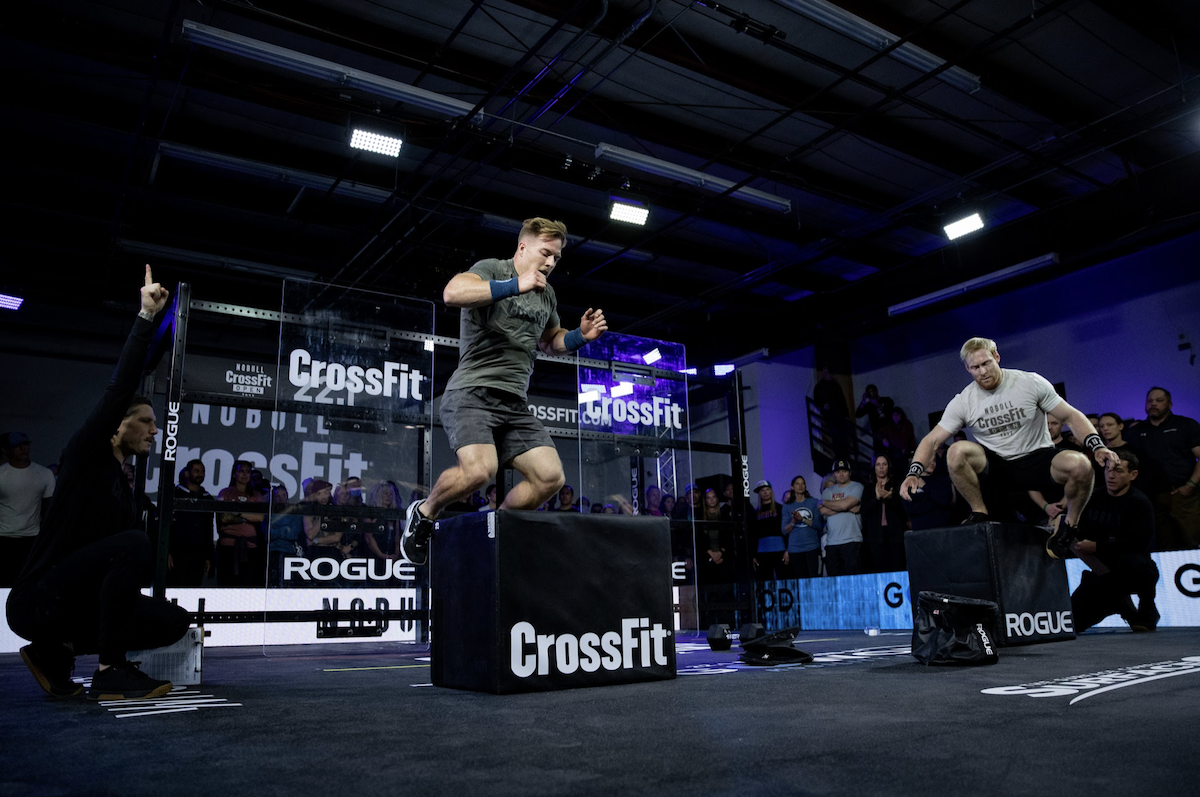 But not many realized that was Vellner’s plan all along. Pace the movements and shorten the transitions.

It took about 12 minutes, but the tactic proved to be a wise one. After settling into rhythmic pace, Vellner slowly crept up to Ohlsen’s side and snatched the lead.

The second Vellner passed Ohlsen, the volume in the room amplified.

For the remaining two minutes, Vellner looked at ease while Ohlsen seemed to struggle. Focusing on his breathing and keeping the pace, Vellner finished the workout at 330 reps (11 rounds), 8 reps ahead of Ohlsen.

“(Transitions) are something I typically practice and am aware of. Because Noah is fast on the dumbbell and fast on the wall, I had to beat him somewhere. Might as well make it while walking somewhere,” Vellner told announcer Derek Forrest after the showdown. 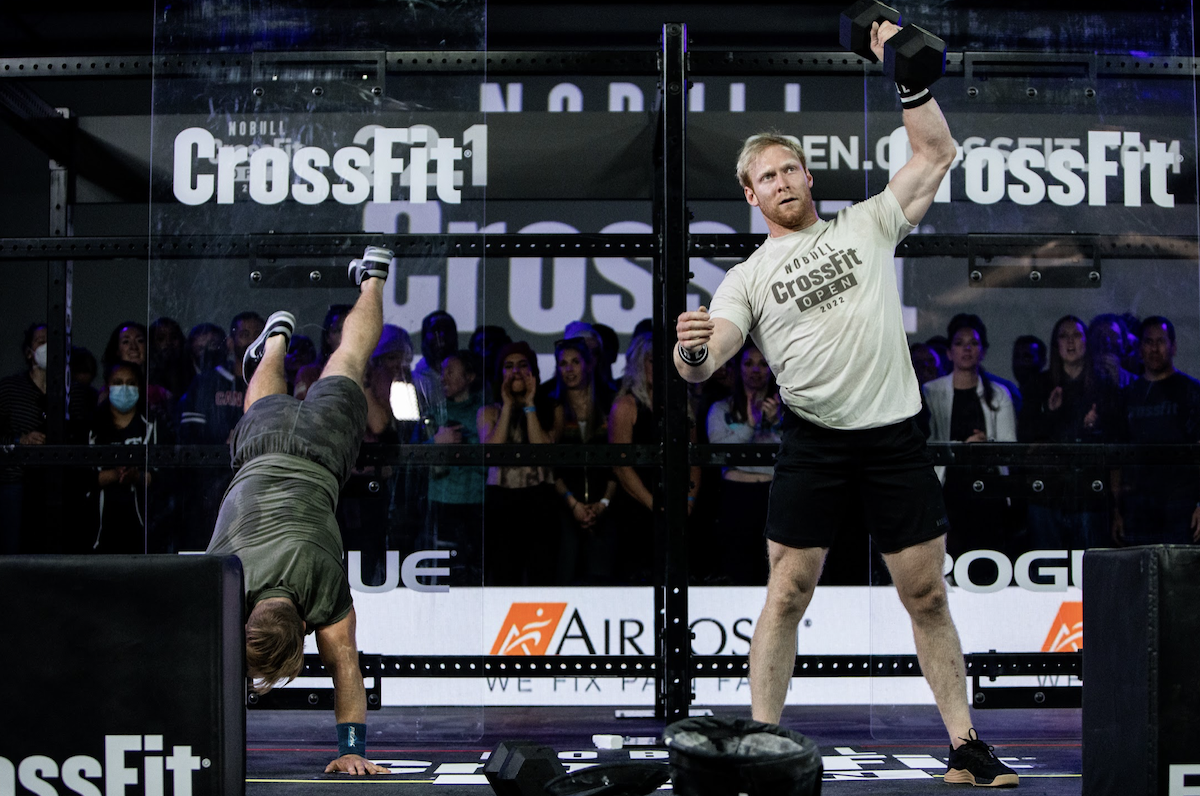 The Woman Who Took It All

Danielle Brandon and Bethany Shadburne sat patiently behind the scenes as they watched the men complete the grueling workout. But both athletes looked calm as they stepped onto the competition floor. For the training partners, this was just like another day in the gym — just with thousands of spectators.

Both athletes were nearly in sync with each other in the first three rounds of the triplet, never straying more than just a few reps from each other for the entirety of the workout. 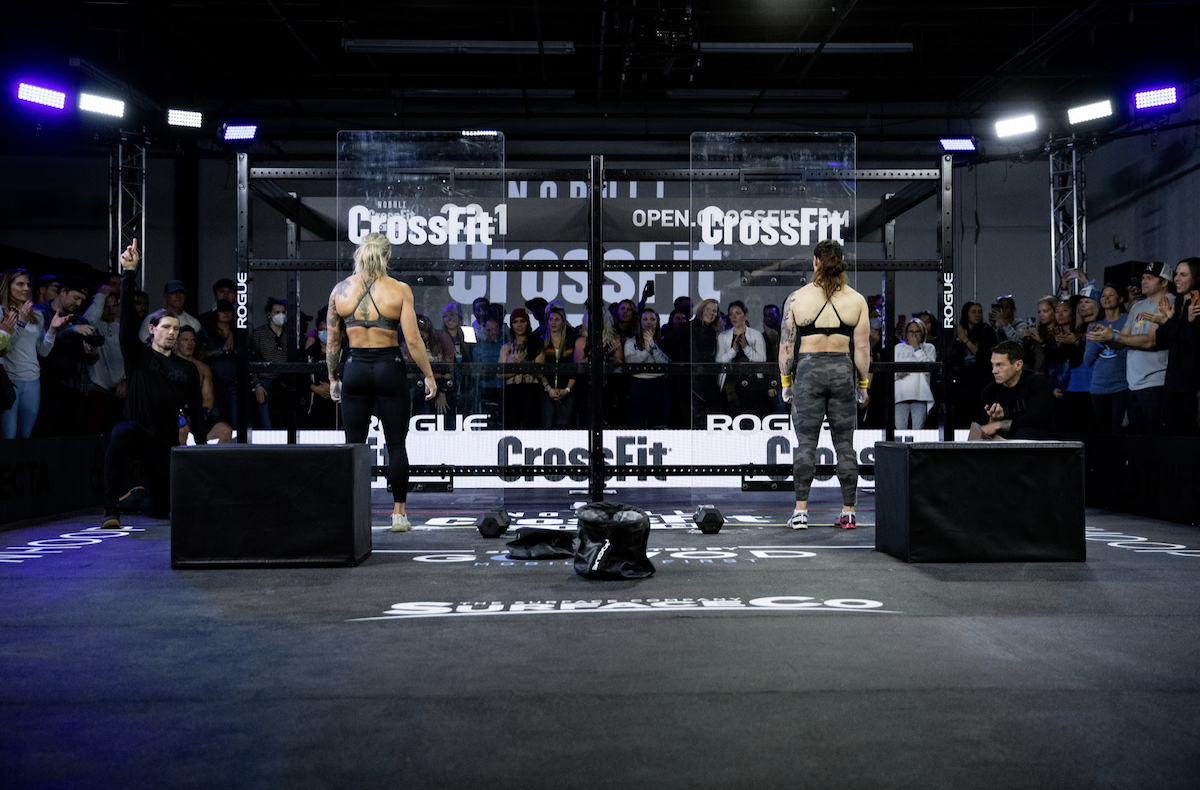 Both Brandon and Shadburne knew they needed to hit over 11 rounds by the 15-minute mark to beat Vellner’s score.

In the last two minutes, Brandon, on Round 10, turned up the dial on her box jumps and snatches. With 15 seconds remaining, she finished her last box jump and hurried to the wall to start her 12th round. She managed to crank out two wall walks in a matter of seconds.

At the sound of the buzzer, Shadburne was just shy of finishing her 11th round, with 322 reps. But Brandon logged the best score of all four athletes at 332 reps. That’s an average of one round every 1:20. 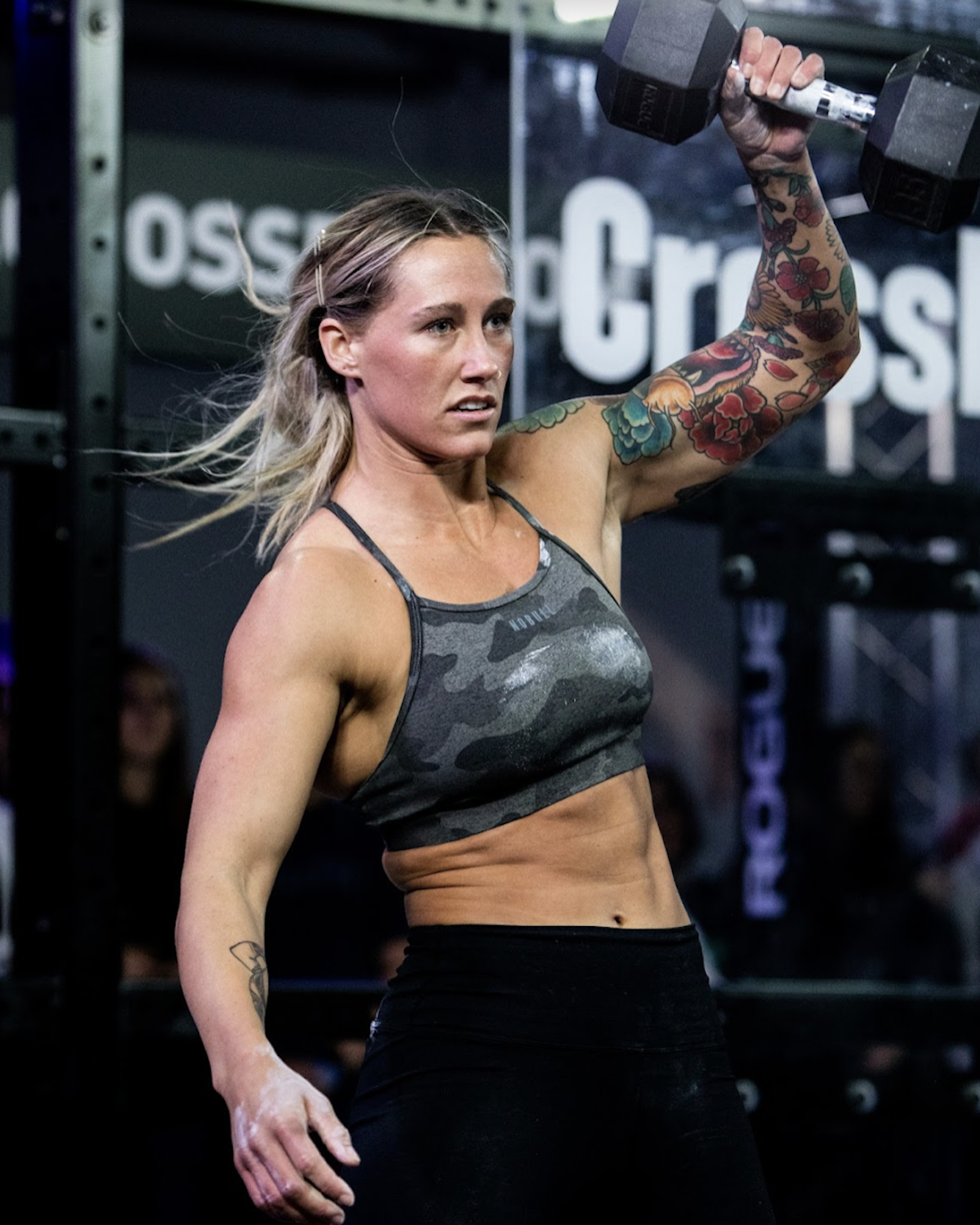 These four Games perennials were the first to tackle the 15-minute AMRAP, but it’s anyone’s game.

Head to the “workouts” tab on Games.CrossFit.com to download the workout description and scorecards, turn up the music, and throw down in your nearest affiliate or at home by 5 p.m. on Monday, Feb. 28. Keep an eye on the Leaderboard throughout the weekend to see where you rank against your peers.

LISTEN TO THE OPEN WORKOUT 22.1 ANTHEM