The year is 2011. In the parking lot just outside the Home Depot Center — now called the Stub Hub Center — in Carson, California, lay a few canopy tents and a square arena marked off by barrier gates. In the peak of summer, athletes had but a towel to keep from burning their knees and hands on the hot pavement while performing burpees, push-ups, and handstand push-ups during their events.

This was where athletes battled for the title of fittest masters on Earth at the 2011 Reebok CrossFit Games.

That year marked the inauguration of the online Open as the initial stage of the CrossFit Games season. For three masters athletes, the 2011 Open provided the opportunity to advance to the Games in the 55-59 age division. Ten years later, Kathy Miller, 65, Marcia Walker, 66, and Teresa Clement, 65, will be returning for the second time as Games athletes in the first-ever 65+ age division at the 2021 NOBULL CrossFit Games. 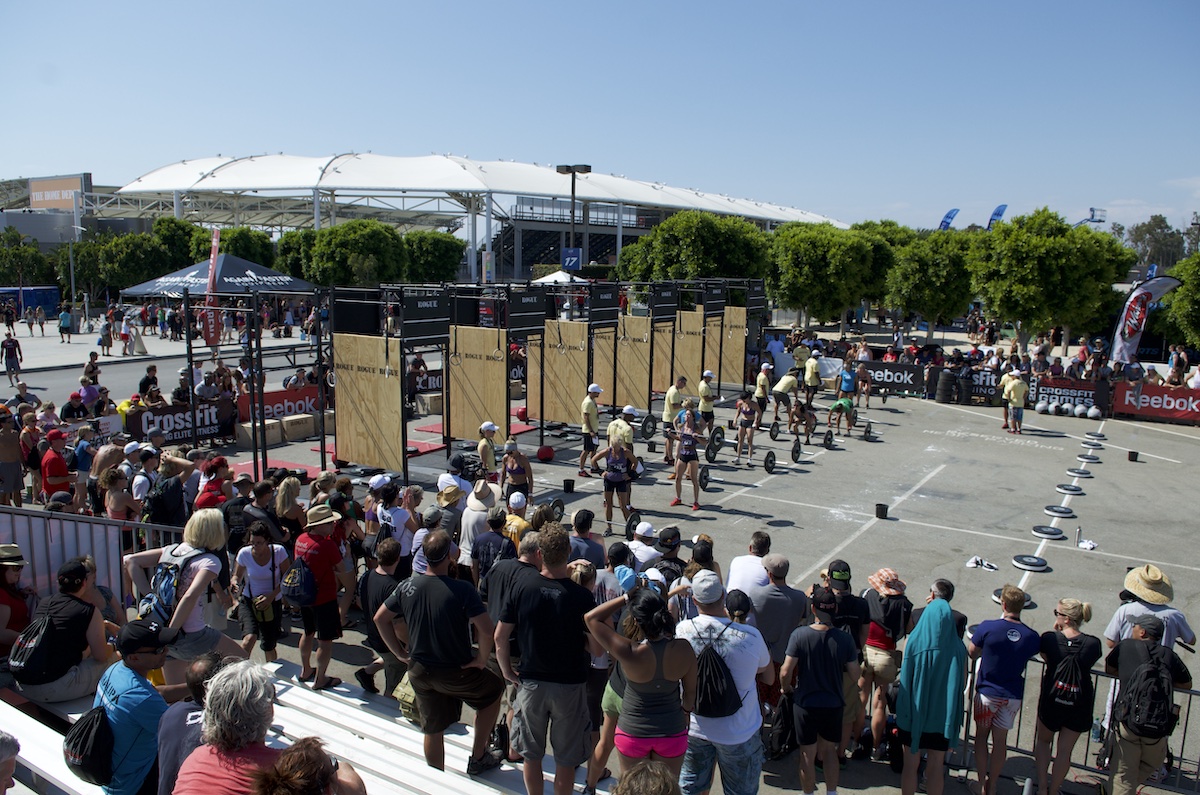 Masters Arena at the 2011 CrossFit Games – Photo by Thomas Campitelli

The Rise of the CrossFit Games

Everyone starts CrossFit for different reasons. Clement wanted to lose weight, Walker wanted to train for triathlons, and Miller, who had grown up playing sports, fell in love with CrossFit after her daughter introduced it to her. However, all three women ended up competing in the online Open out of curiosity, only to find themselves throwing down in the California summer heat for their Games debut that same year.

Miller described the 2011 Games as “hot, but we didn’t care. We were just excited to be there.”

Although CrossFit had livestreamed the Games in the past, 2011 was the first year the Games partnered with ESPN to help broadcast the events, increasing the amount of exposure the sport received. From that year on, it was even harder for athletes to punch their tickets to the CrossFit Games because of the mass amount of people inspired by the 2011 Games athletes.

But the more athletes who participated in the Open, the harder it was for Miller, Clement, and Walker to reappear at the CrossFit Games in the years to come.

The Evolution of the Games

CrossFit has grown exponentially over the past 10 years. 55-plus-year-olds are expected to lift heavier, run faster, and train harder.

“Looking back at it, it was complicated to me then (in 2011), but we’ve just come lightyears in what we have to do and the weights we have to lift,” Miller said. 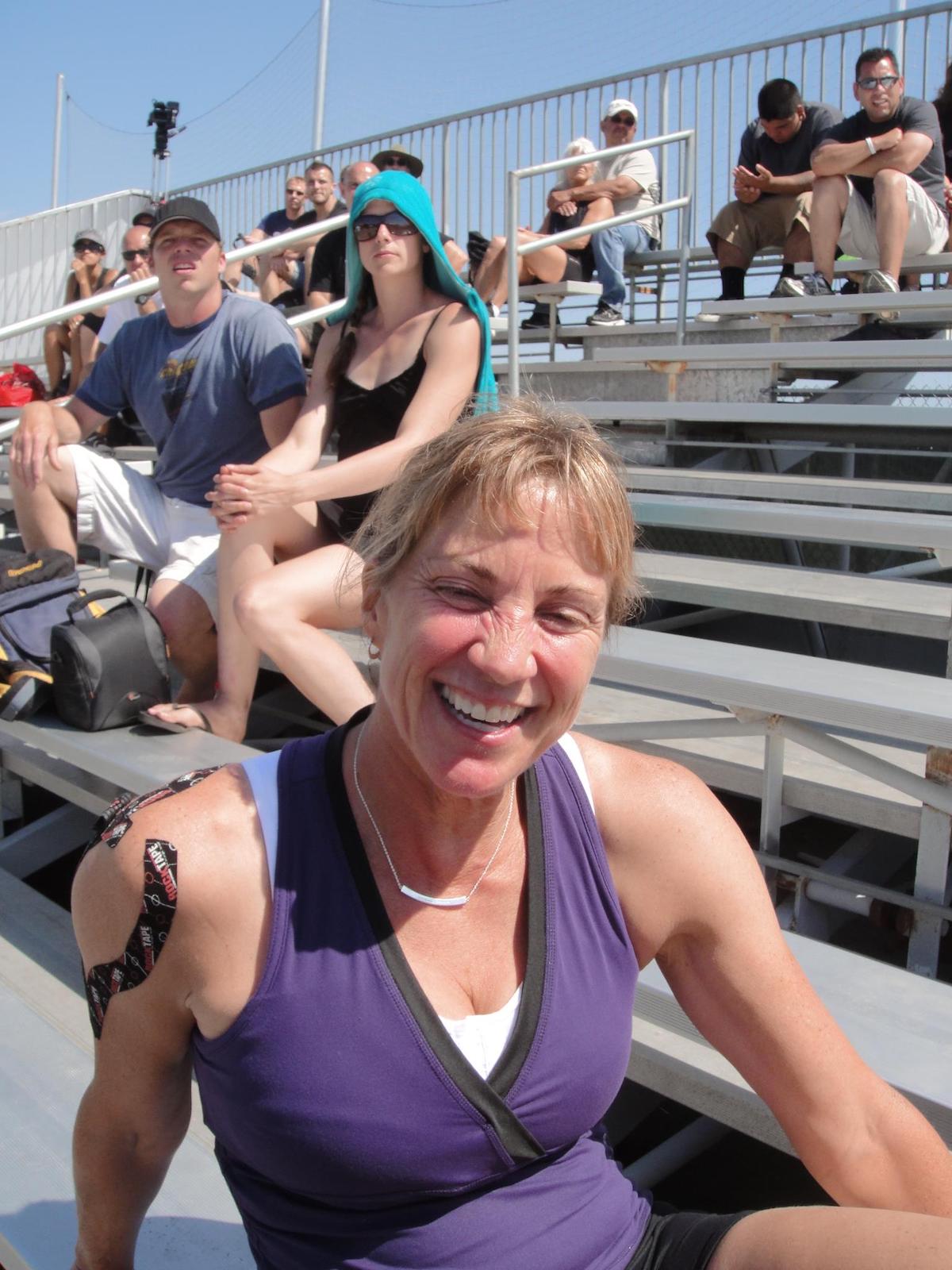 Miller has stayed in competition shape over the last 10 years. During the height of competition season, she trains six days a week, two to three hours per day. However, being at the tail end of an age group proved to be a barrier in her quest to get to Madison.

“I couldn’t seem to get over the hump,” Miller said. “The first two years in an age bracket is a window of opportunity. Then, the following years, you work with a coach to get better for the next five years. But, when you do CrossFit as a master, it’s kind of like dog years. One year feels like seven years.”

For years, the women fought to keep up with their younger competitors. But when CrossFit announced the 65+ age division for the 2021 NOBULL CrossFit Games season, all three athletes entered an age group that met their fitness levels.

Walker said she feels like she is on “even ground now.”

“There’s not a lot of programming out there for 65-year-olds,” she said.

With the addition of more divisions, age-group-specific programming has become more available. Now following Mayhem’s 55+ programming, Walker has only taken three short periods of time off of training since the 2011 Games. Even at the age of 66, she continues to get fitter.

“I just PR’d yesterday and the day before,” she said. “I know at some point our bodies are not capable of that growth and strength, so I am totally excited when I get a PR.” 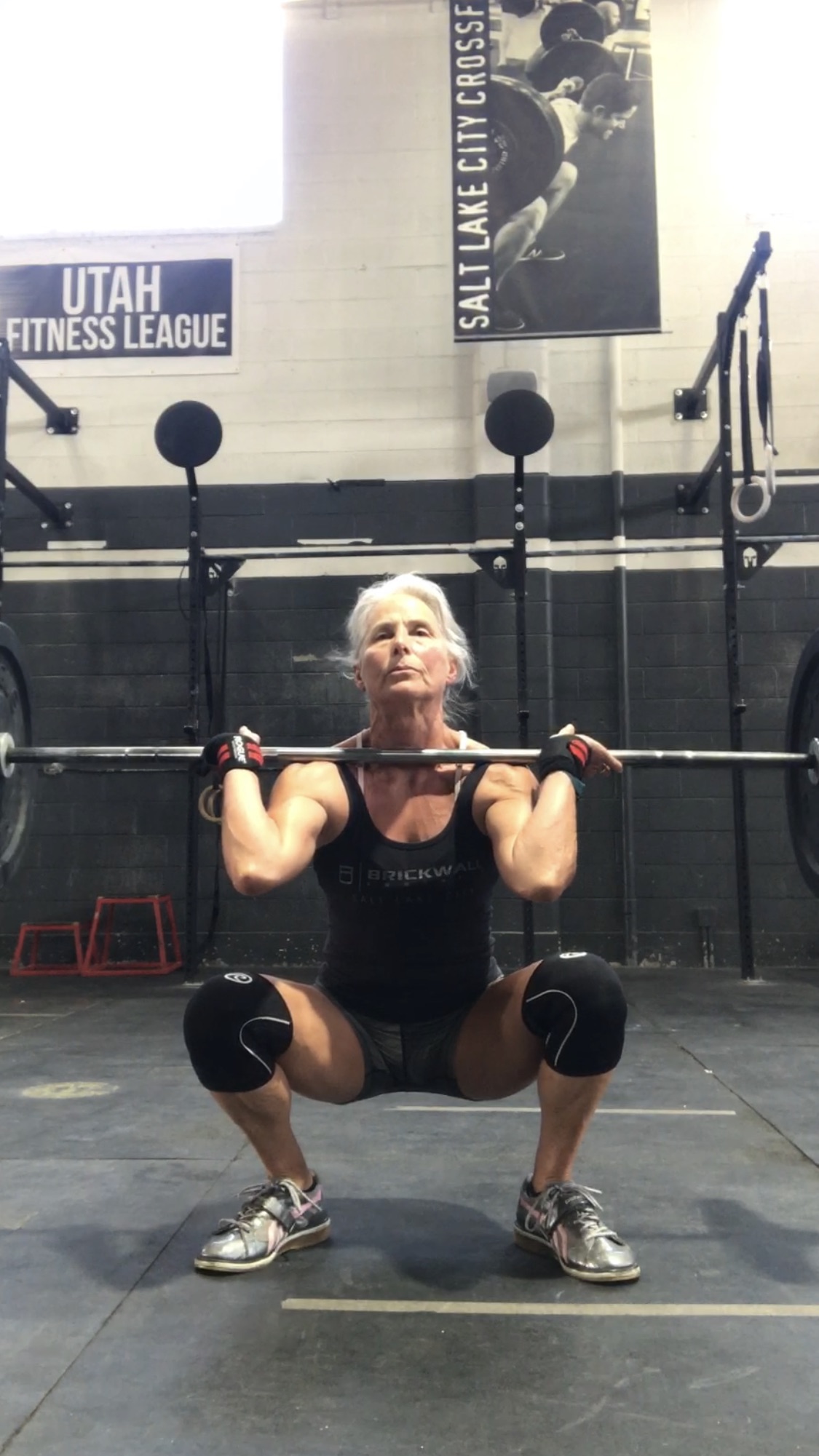 Although Walker and Miller continued to stay in competition shape for the majority of the decade, Clement’s training tapered off due to injuries. Just over three years ago, Clement had been on the right path to the Games when she underwent shoulder surgery, taking her out of the running.

Knowing she was at the tail end of the age division, Clement decided to retire from the sport altogether.

“When you get to my age, a five-year age difference is a big deal,” she said.

Putting away her sneakers, Clement opened an affiliate, Glenn Bridge CrossFit, to stay involved in the sport. However, just three years later, one of the coaches asked her to compete in the online Legends Masters Comp, and for old times’ sake, she agreed to register.

Clement received a fifth-place finish at the Legends Masters Comp, ending her short retirement. With the excitement of competition back in her blood, she went on to take 26th in the 2021 Open for the 65+ Division and 10th in the Age Group Online Qualifier, finishing with a ticket to the Games in her hand once again.

“I felt good, but I wasn’t expecting this year to actually go to the Games,” Clement said.

Three separate paths will cross once again at the 2021 NOBULL CrossFit Games after a 10-year hiatus. This time, Miller, Clement, and Walker will be battling for the title of fittest 65-plus-year-old on Earth in the Coliseum with thousands of spectators and 10 years of training experience under their belts.

Although it’s hard to know what to expect after such a long break between Games appearances, with the addition of the 65+ age division, all three women feel they are ready to take on a new challenge.

But, there is one thing they all said they are most excited for: not competing in a parking lot.