And then there was one.

Thirty-eight teams took the field at the 2021 NOBULL CrossFit Games on Thursday, but only one could top the leaderboard. After four days of fierce competition across 13 events, CrossFit Mayhem Freedom took home its fifth Affiliate Cup — and US$100,000.

Read on for highlights from the final day of team competition.

Cheese-curd sandbags and hay bales — it doesn’t get more Wisconsin than that. Teams began Day 4 with a chipper of GHD sit-ups, sandbag tosses over a 4-foot-high hay bale, and Worm hang clean and jerks, an event that relied heavily on team communication and strategy. After the event, 10 teams would be cut.

CrossFit Reignited Wilmington started the day in 17th place and needed a huge jump on the leaderboard to avoid the chopping block. The team started out strong with the partner work, but when it came to the Worm, 8th Day CrossFit stepped into the spotlight.

The Worm usually involves a clean from the ground, but the movement standards for this event required athletes to perform hang cleans. Athletes no longer had the advantage of momentum, and with each rep beginning at the hang, there was no chance to drop the Worm and rest. With height on its side — the team’s members stood nearly shoulder to shoulders — 8th Day CrossFit passed CrossFit Reignited in a Worm race to the finish for a heat win at 10:42.48, which was good for third overall. 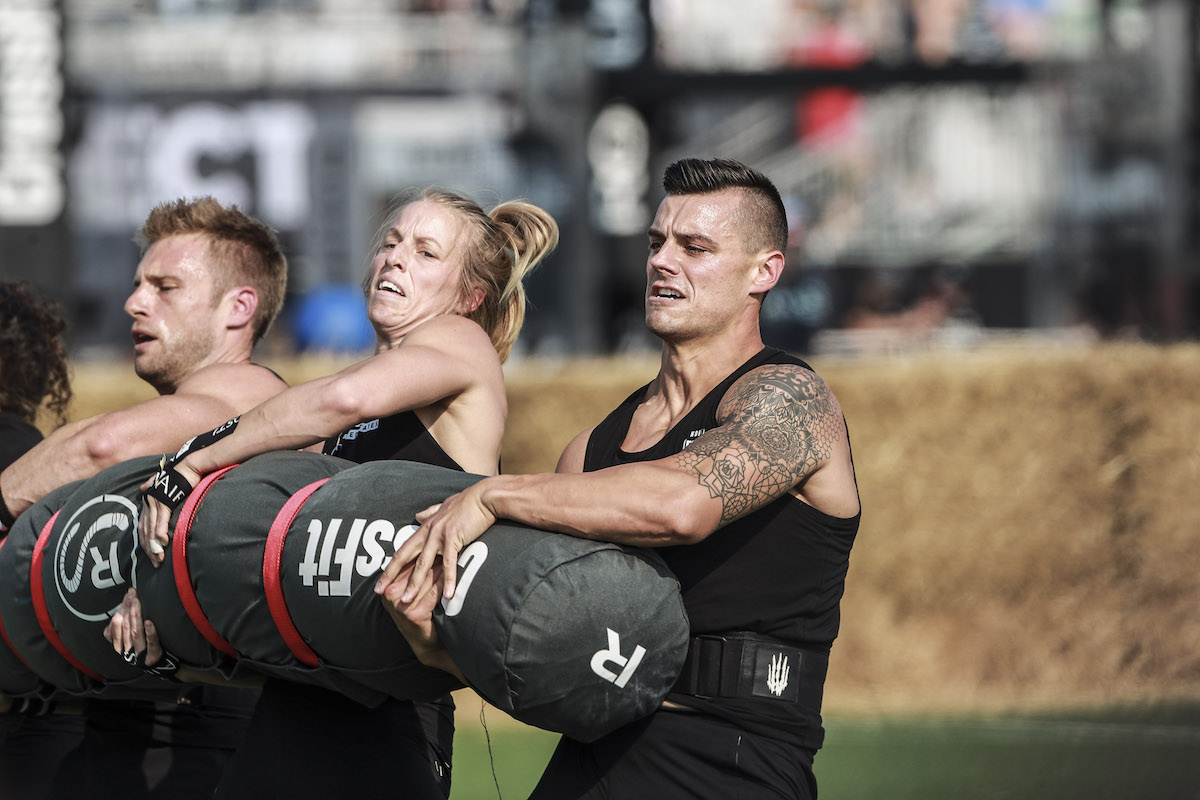 In Heat 2, CrossFit Mayhem Freedom continued to shine, proving that communication is the key to success in this test. Rich Froning had a clear strategy going into the workout to ensure the team would save precious seconds. During the hay-bale burpees, Froning threw his curd on top of the hay — not over — and rolled it to the ground after getting over the hedge to avoid landing on it during his burpees. Although meticulous, every second counted.

CrossFit Mayhem Freedom finished the event in 9:42:37, good for a first-place finish, closely followed by CrossFit Urban Energy, who took second with a time of 9:44.98.

Only 10 teams advanced to Event 12 after facing the third cut of the competition. Now, all teams would compete in the same heat.

Unlike most events, this test involved all four athletes, synchronized.

CrossFit Genas from Europe conquered the event, hoping to become one of the first European teams to stand on the podium. The team finished the workout in 4:48.22, well before second-place finishers CrossFit Mayhem Freedom.

After the event, CrossFit Genas team members described their excitement with the help of a translator.

“They came here with the goal to be top 10, and making podium would be a bonus. ...They are happy to represent France,” the translator recited.

Before the final event of the 2021 NOBULL CrossFit Games, teams had already completed 75 bar muscle-ups, 168 toes-to-bars, and an abundance of other movements meant to tax them over the course of four days. This was not just 90 pull-ups. It was 90 pull-ups at their most fatigued state.

It was a battle for the third-place podium position between CrossFit Genas and CrossFit Surbiton. With Genas holding a slight 7-point lead over Surbiton, whichever team finished before the other would secure the bronze medal. The pressure was on, but it was ultimately CrossFit Genas who surpassed Surbiton, firmly grasping the third podium spot.

For CrossFit Mayhem, Event 12 was a mere victory lap after entering the event with 1,137 out of 1,300 possible points. The team would take home the Cup even without a win. But why stop now? On the last Worm lunge, Froning — leading the team in front — looked back at his teammates, gave them a nod of approval, and dropped the Worm, stepping over the line victorious once again.

For the first time in CrossFit Games history, CrossFit Mayhem Freedom will add its name to the Affiliate Cup for the fifth time. Standing on either side on the podium are two teams from Europe, Norway’s CrossFit Oslo in second place and France’s CrossFit Genas in third. A record-breaking end to the 2021 NOBULL CrossFit Games. 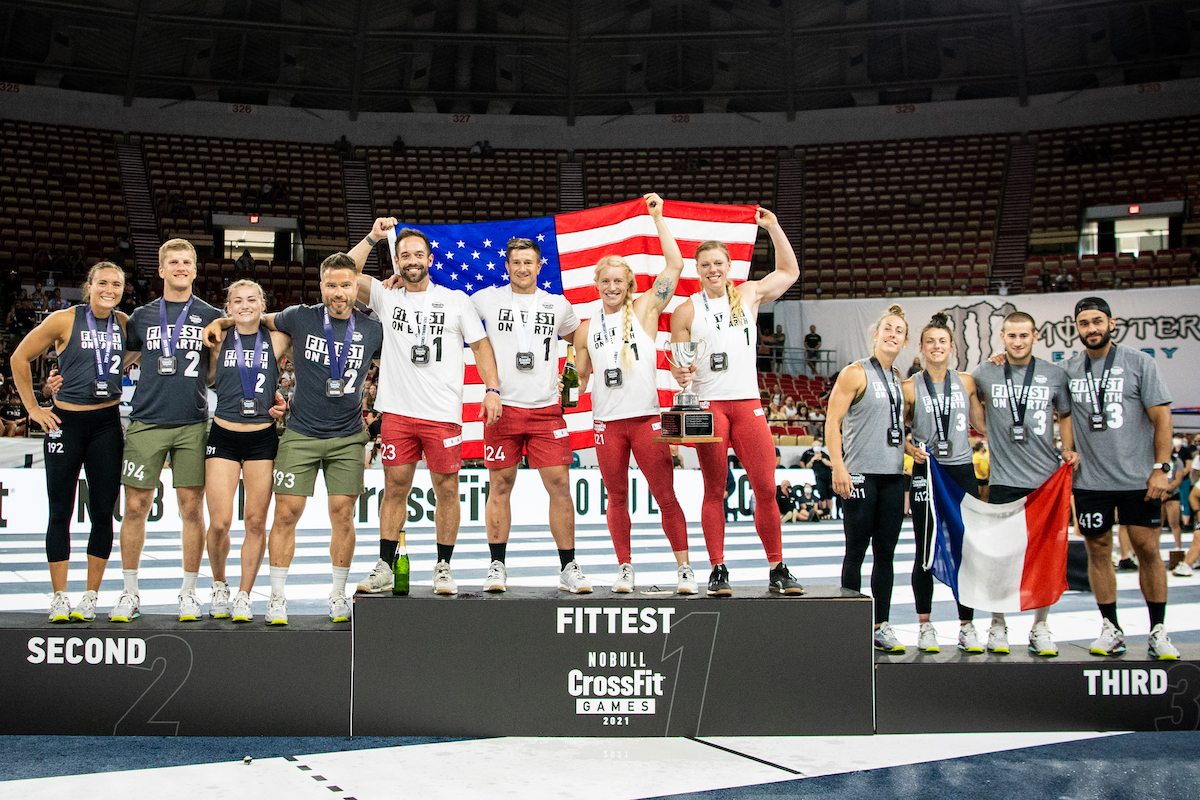