The heavy barbells came out on Day 3 of the 2019 Reebok CrossFit Games. The eighth individual event of the weekend challenged athletes with a 1-rep clean ladder. The goal: Lift heavier than any other athlete.

The format for the event was Olympic-esque as each lifter approached the bar one at a time and lifted with all eyes on them.

Amanda Barnhart opened for the women with an easy power clean at 215 lb., setting the tone and sending the message that she was here to win the event. Barnhart and reigning Games champion Tia-Clair Toomey would be the last two women standing with Toomey just edging out Barnhart who failed at 265 lb. Toomey successfully lifted the 265-lb. bar and celebrated her victory under the Coliseum lights. Toomey held onto the white leader's jersey heading into Sunday.

Twenty-three-year-old Saxon Panchik opened for the men and cleaned the first bar with ease. But it was the elder Panchik brother, Scott, who out-lifted all other men but one: reigning Games champion Mat Fraser was on a tear in the event, and could not be stopped. Fraser had surrendered the leader's jersey to Noah Ohlsen the day prior and was itching to get it back.

Fraser showed off his skills as an Olympic lifter by successfully lifting the 380-lb. bar after Panchik failed his attempt. Although the win didn't earn Fraser the leader's jersey back, it did lessen the point gap between him and Ohlsen a bit more. Ohlsen took fifth in the event. Ohlsen sat in first, just 15 points ahead of Fraser at the start of the final day of competition.

The reigning Fittest Man and Woman on Earth will not surrender their titles without a fight, and they made that clear on Saturday night. The signature of a champion: virtuous performance, under immense pressure.

See below for full event results. 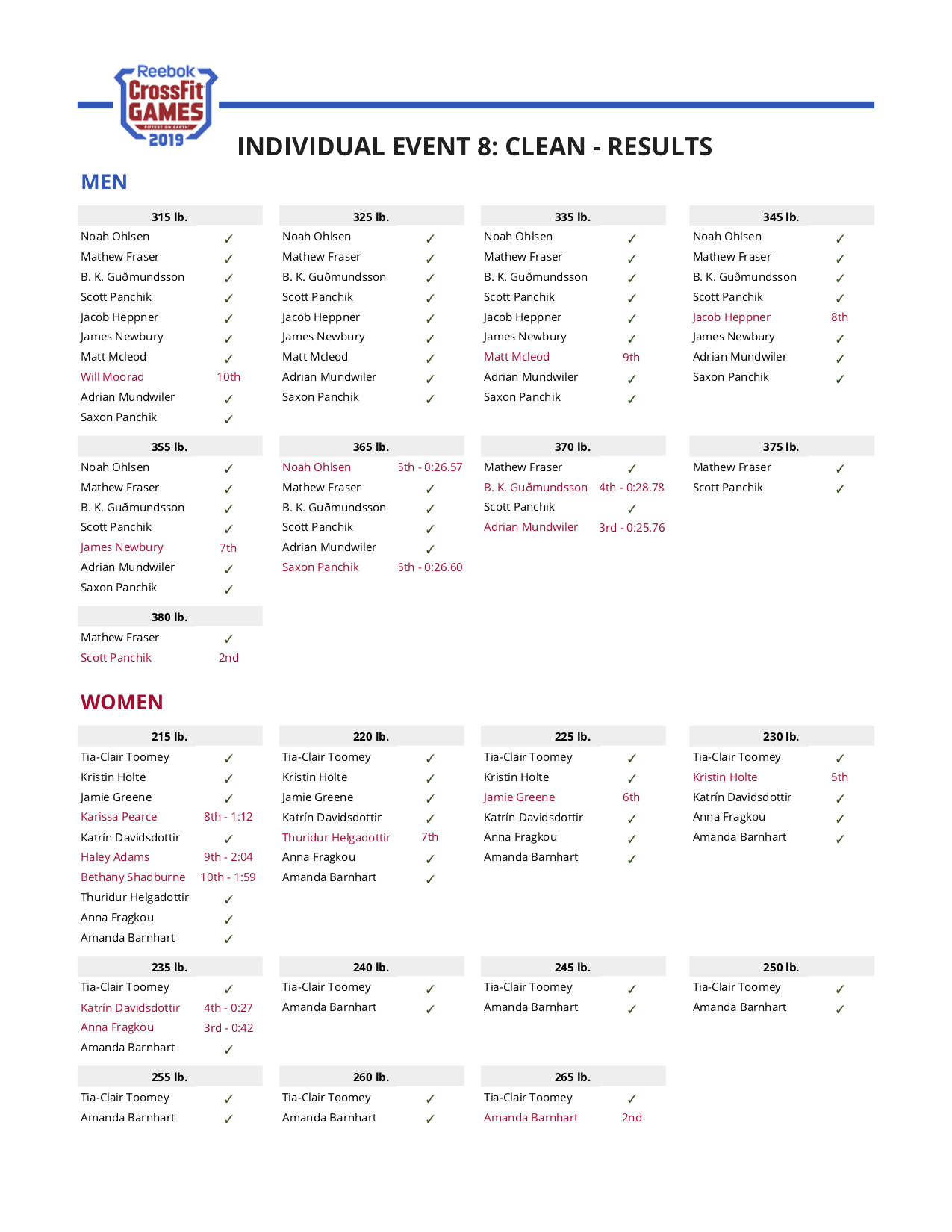