The final day of the 2020 season started in the pool. Shortly before Event 10 was set to take place, the athletes were briefed on the details of Swim 'N' Stuff:

There were a few slip-ups along the way — following up a swim with slam balls involves a bit of a learning curve, and it becomes even harder to hold on when you're tired.

Tia-Clair Toomey, who is known to be an efficient swimmer, took the win on the women's side. Mat Fraser's lengthy event winning streak was broken by Samuel Kwant, who after the event admitted he was trying to keep his breakfast down and called the event "gnarly."

Haley Adams' speed on the GHD sit-ups vs. Tia Toomey in the water.

Here's a full breakdown of how each round went for the athletes: 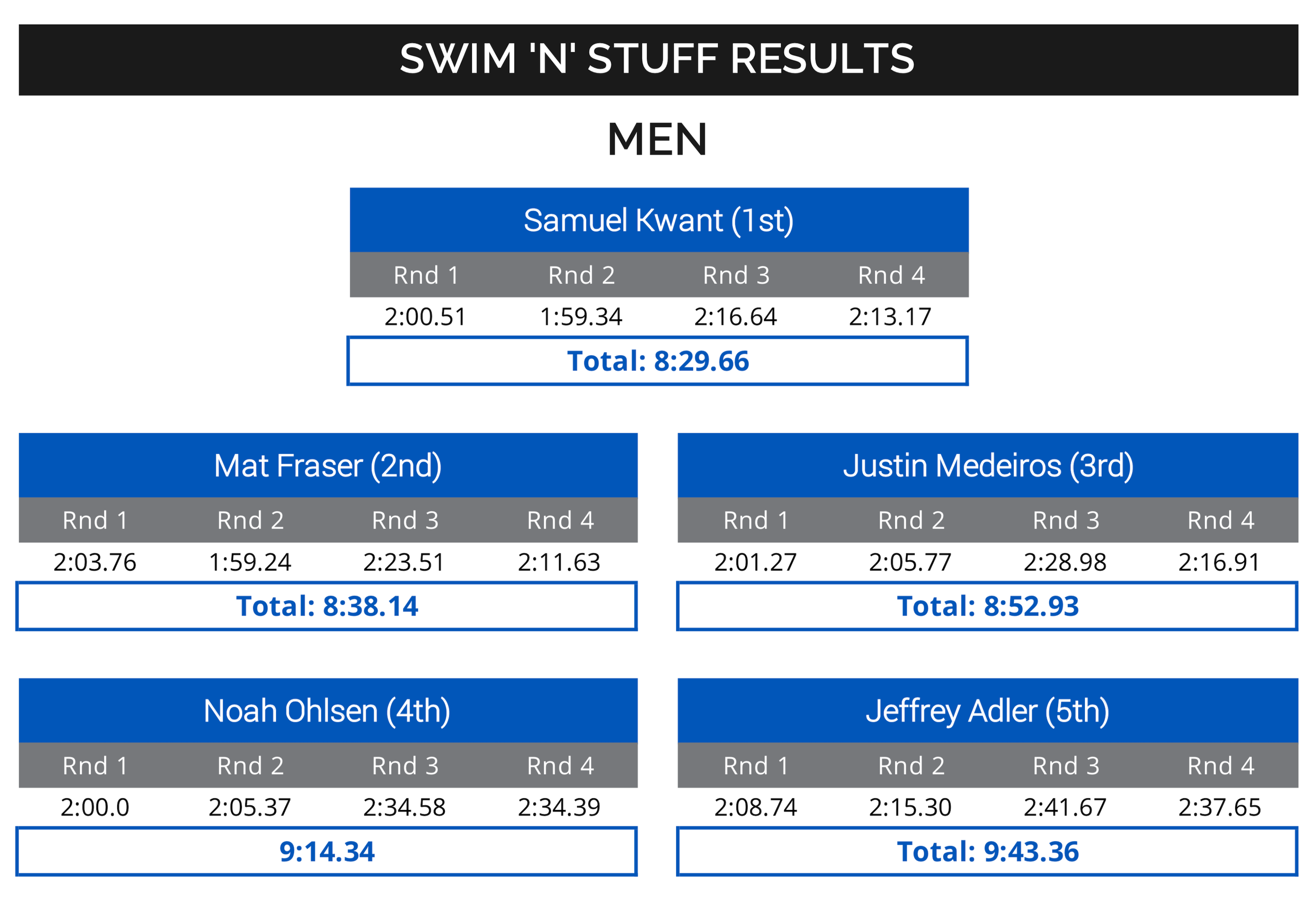 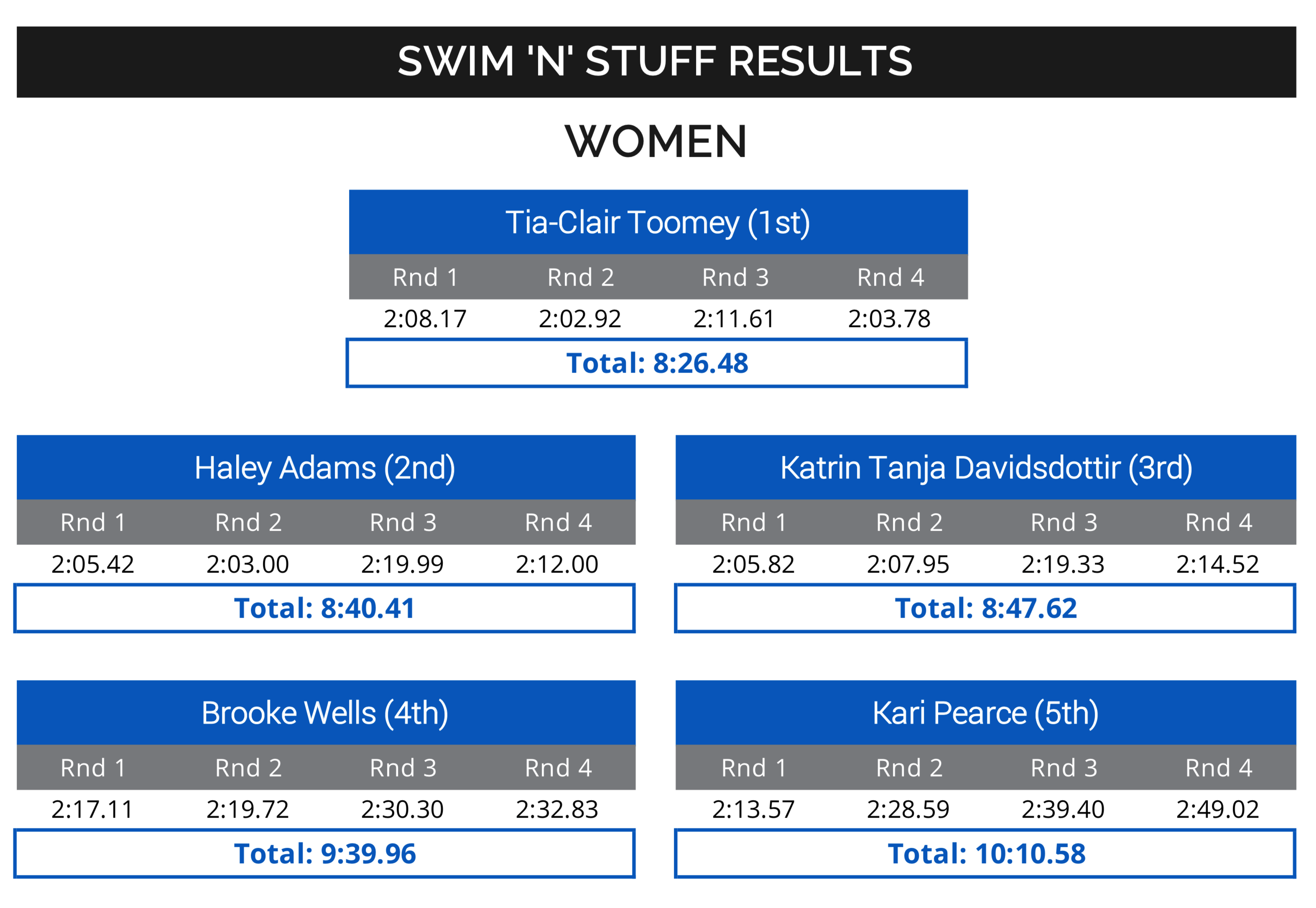