The final workout of the 2019 Open featured a descending ladder of thrusters and chest-to-bar pull-ups, totaling 105 reps of each movement, with a 20-minute time cap. This workout continued a long tradition of week five workouts containing some brutal combination of these two movements.

Last year, 18.5 presented athletes with an ascending ladder of the same two movements, so it’s no surprise that nearly the same percentage of Open participants decided to tackle the final Open workout as prescribed in 2018 and 2019. Read on to see how the community fared with this year's rep scheme. 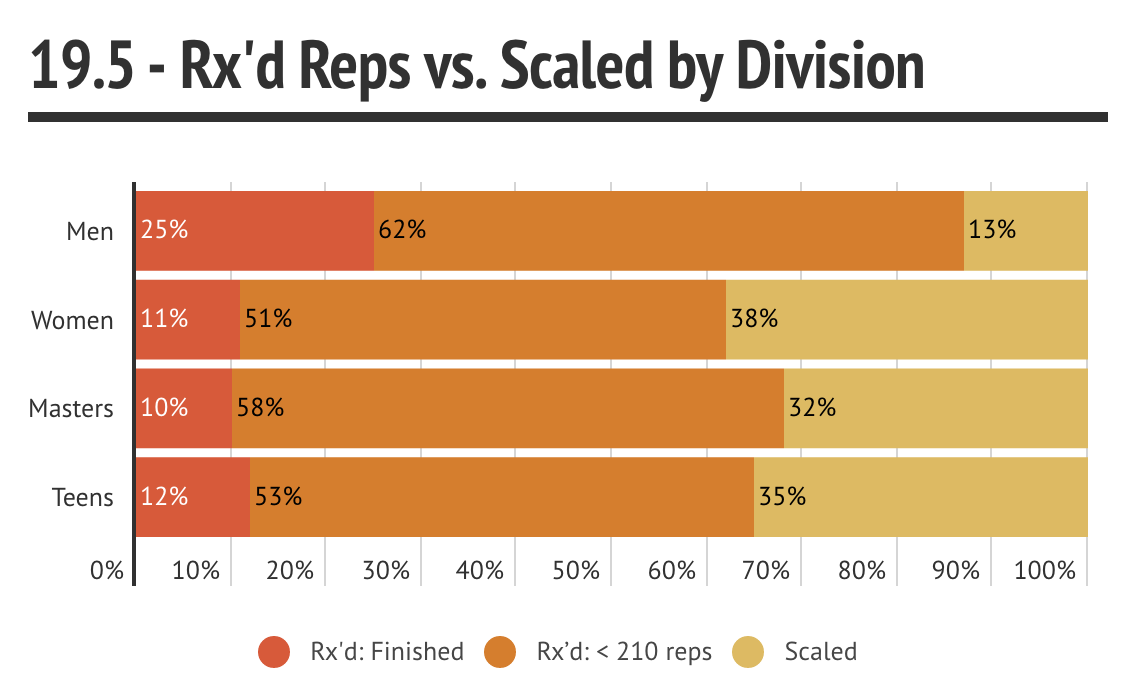 Breaking down the scores by section and time, we can get a sense of where most athletes finished the workout. For men, we see the largest concentration of scores on the round of 21, followed closely by the round of 15. For women we see a similar trend, with the addition of a decent-sized pileup on the round of 33. This was primarily due to a cohort of women who were able to perform the thrusters but either couldn’t do a chest-to-bar pull-up or weren’t proficient enough to get through 33 of them. 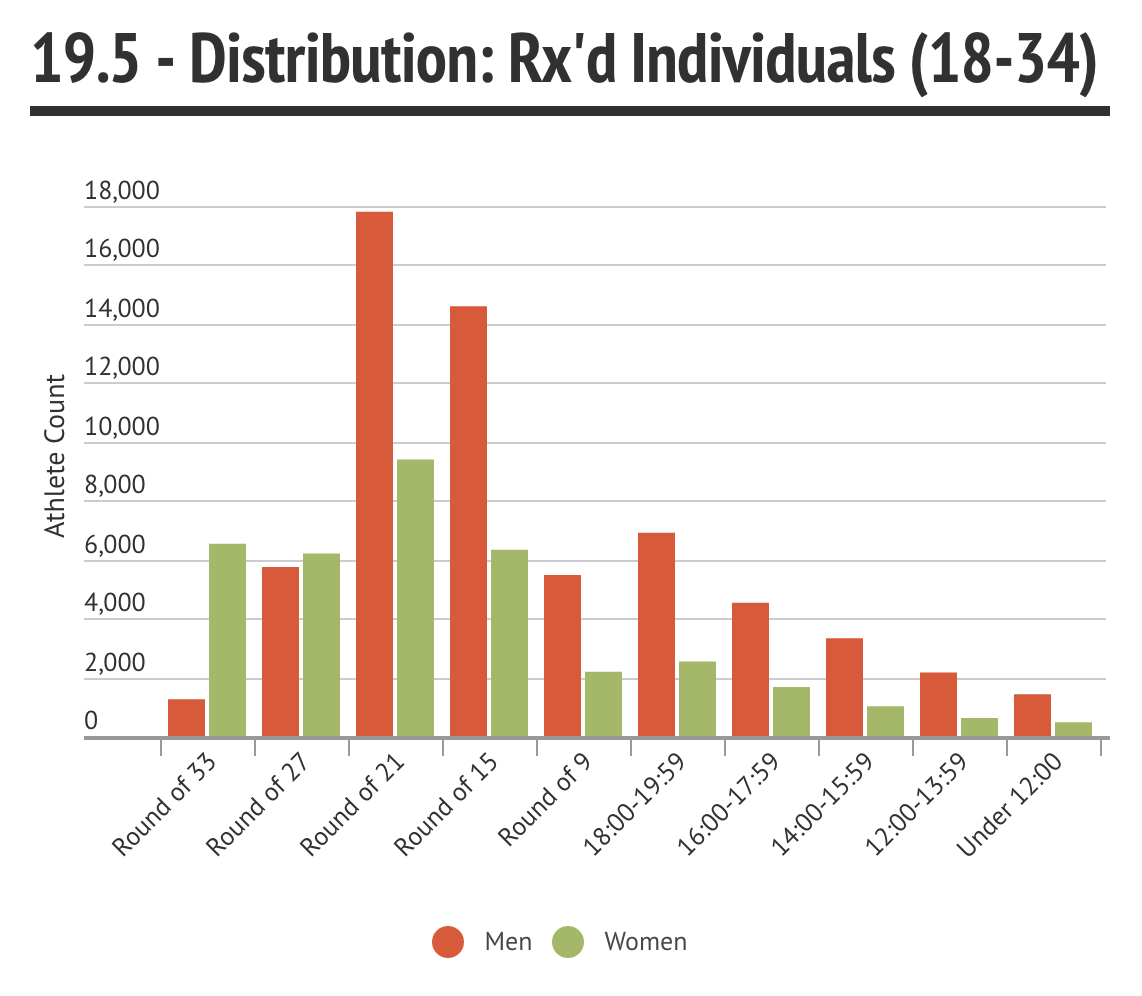 For our country analysis this week, we are looking again at performance based on what it took to reach the 99th percentile in that country. In order to keep the numbers statistically relevant, we limited the analysis to only countries with more than 1,000 Open participants overall (24 countries). We separated the numbers by gender in the individual divisions (18-34, both Rx’d and scaled). By looking at percentiles, we can compare countries with vastly different numbers of competitors and get a relative performance metric. This requires countries with more participants to have proportionally more high-performing athletes in order to place higher in the rankings. 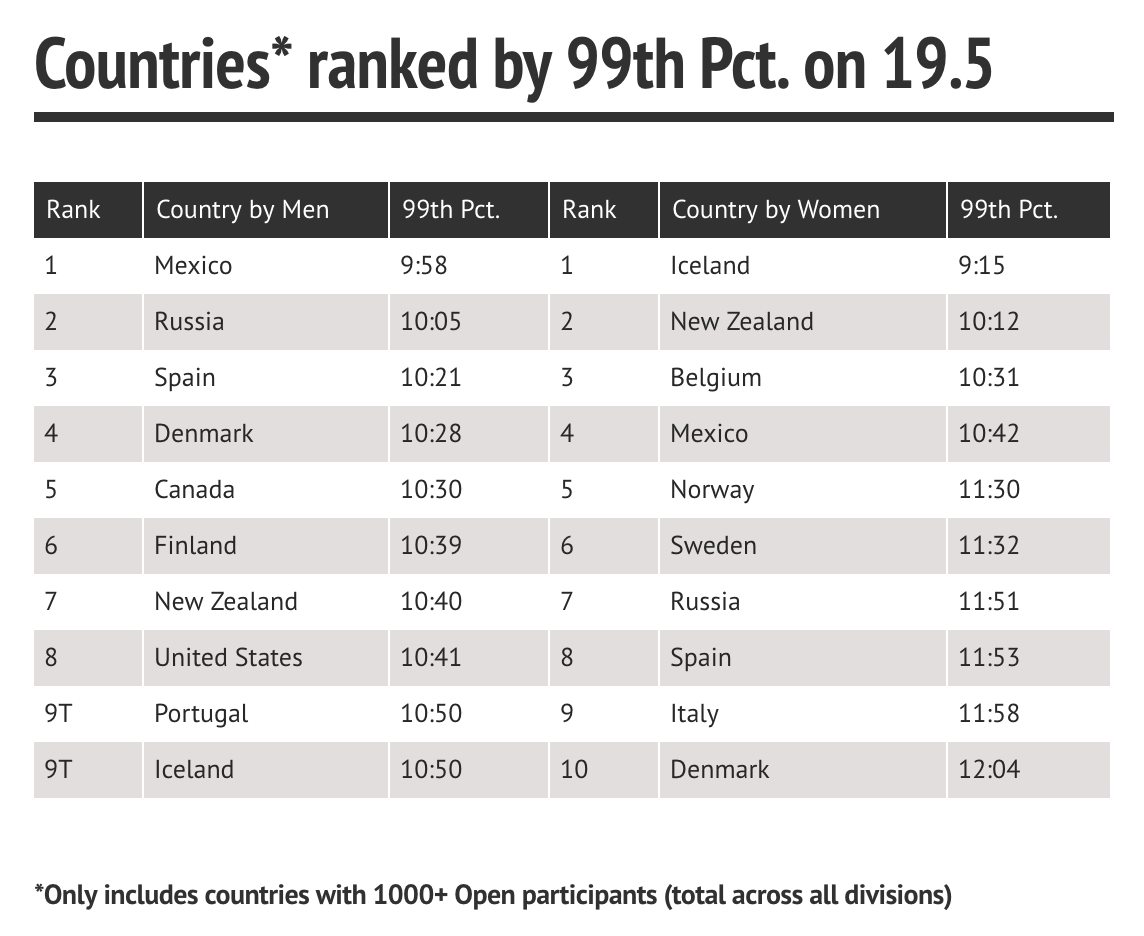 Note that these percentiles compare scores in the same version of the workout only, so they will differ from the Games app, which offers a composite percentile including both Rx’d and scaled results in a particular division. 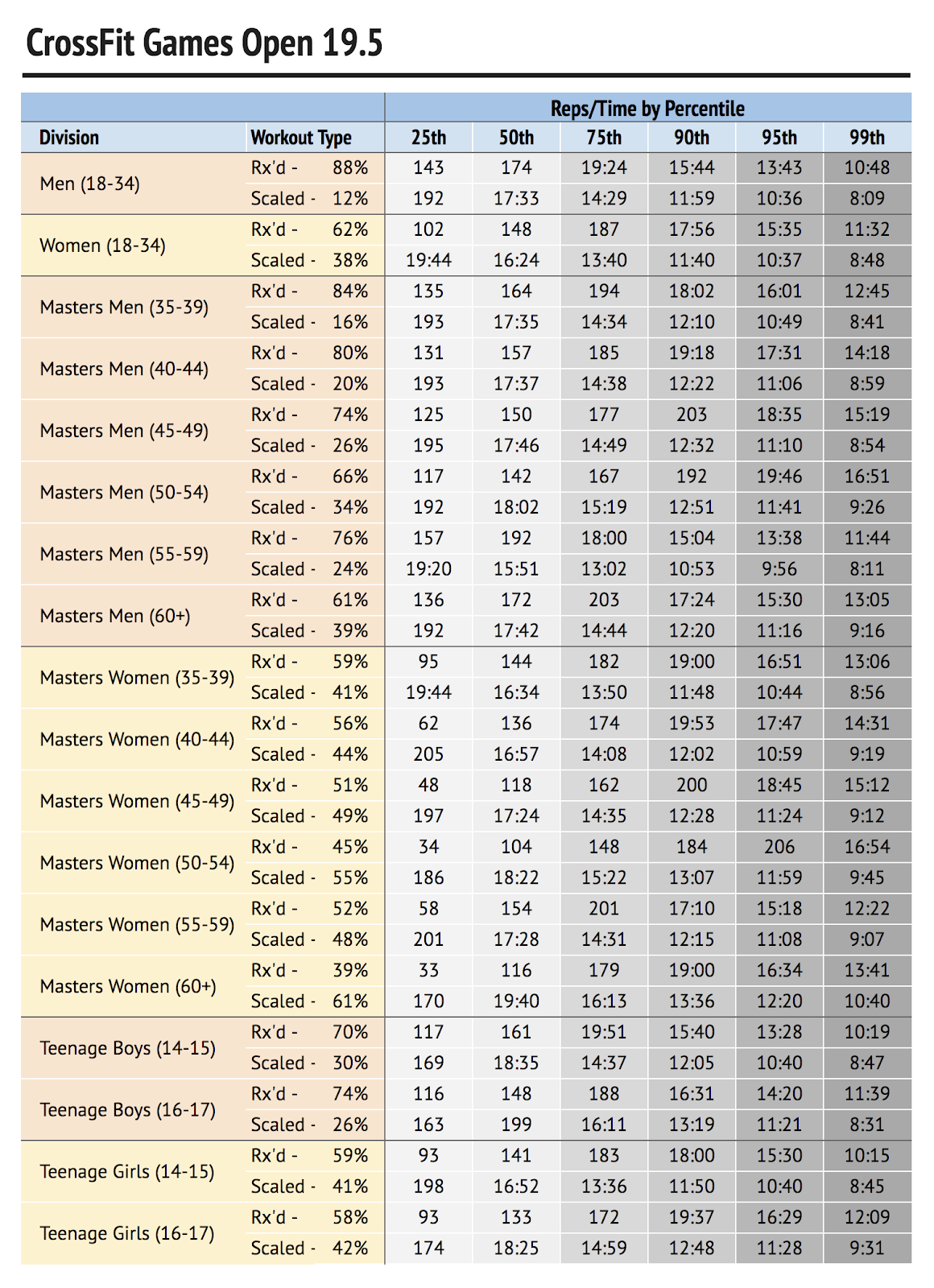