This was the second week athletes were asked to perform a higher-skill movement, and once again athletes worldwide rose to the occasion. Looking at all versions of the workout that required bar muscle-ups, there were 99,924 men and 25,327 women in total who successfully performed at least one bar muscle-up before the time cap in 19.4. 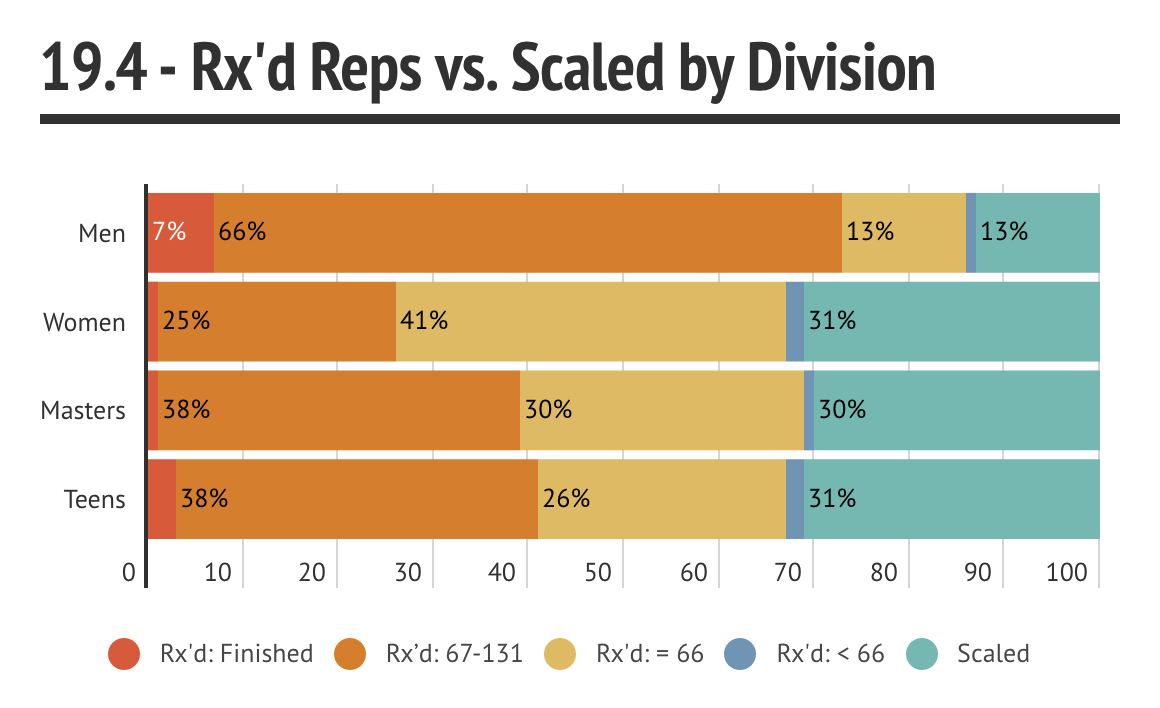 Breaking the distribution of finish scores down by section gives us more insight into where the bulk of the athletes were time-capped. For women, the largest concentration of scores was at 66 reps, which means they finished the first 3 rounds but were unable to complete a bar muscle-up. For men, the largest concentration was on round 2 of the second couplet, with a large group finishing on round 3 of the second couplet as well. Based on the distributions, the bar muscle-up skill seems to be much less of a roadblock for men than women. That being said, the fact that over 25,000 women were able to perform the skill is phenomenal. There was a time not so long ago when the popular wisdom was that it was unreasonable to expect women to be able to perform a pull-up, which is a much easier skill. 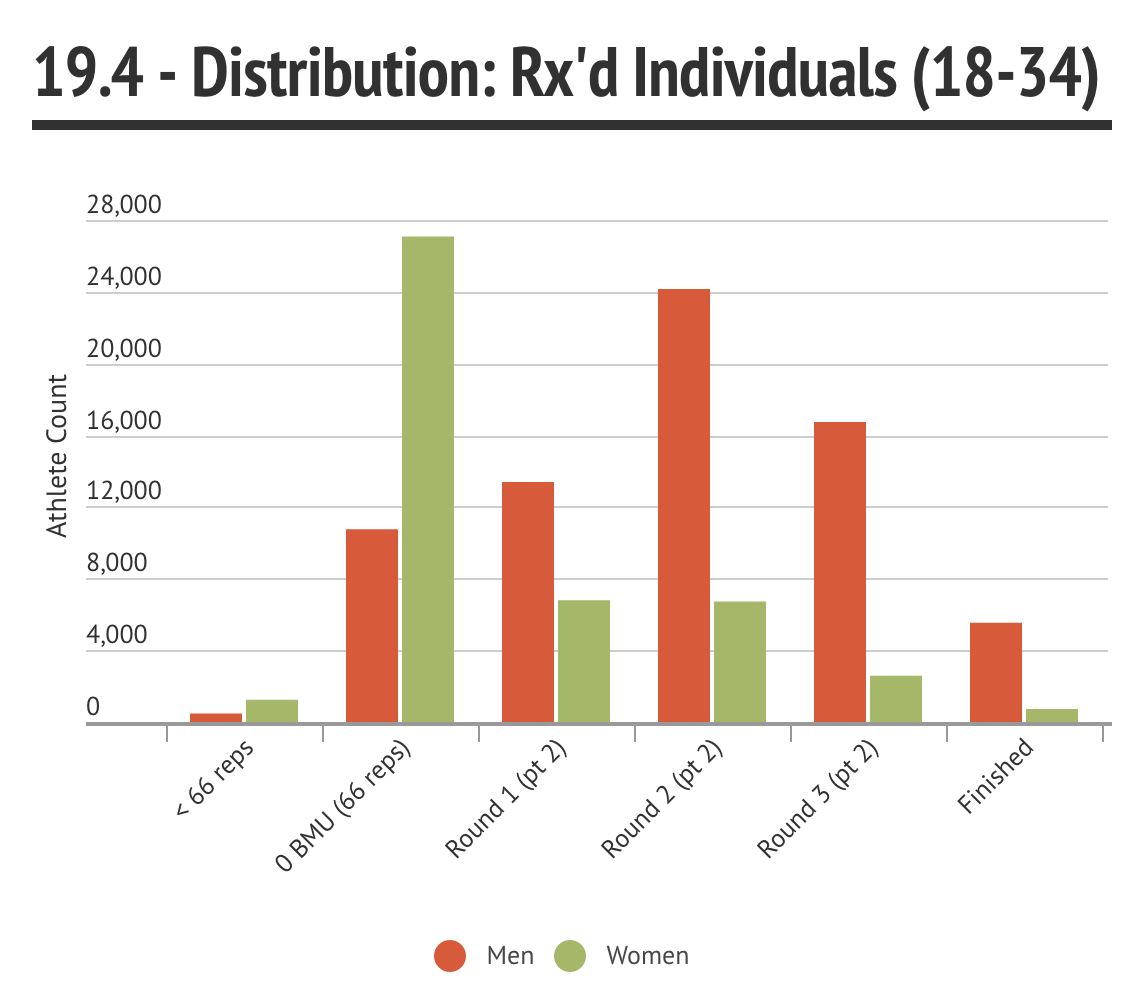 Last week we looked at how the top 10 largest countries in the Open compared on 19.3. This week we’re going to look at country performance a little differently. For our first graphic, we are looking at performance by country based on what it took to reach the 99th percentile on 19.4 in that country. In order to keep the numbers statistically relevant, we limited the analysis to only countries with more than 1,000 Open participants overall. This turned out to include 24 different countries. We separated the numbers by gender in the individual divisions (18-34, both Rx’d and scaled). By looking at percentiles, we can compare countries with vastly different numbers of competitors and get a relative performance metric. This requires countries with more participants to have proportionally more high-performing athletes in order to place higher in the rankings. 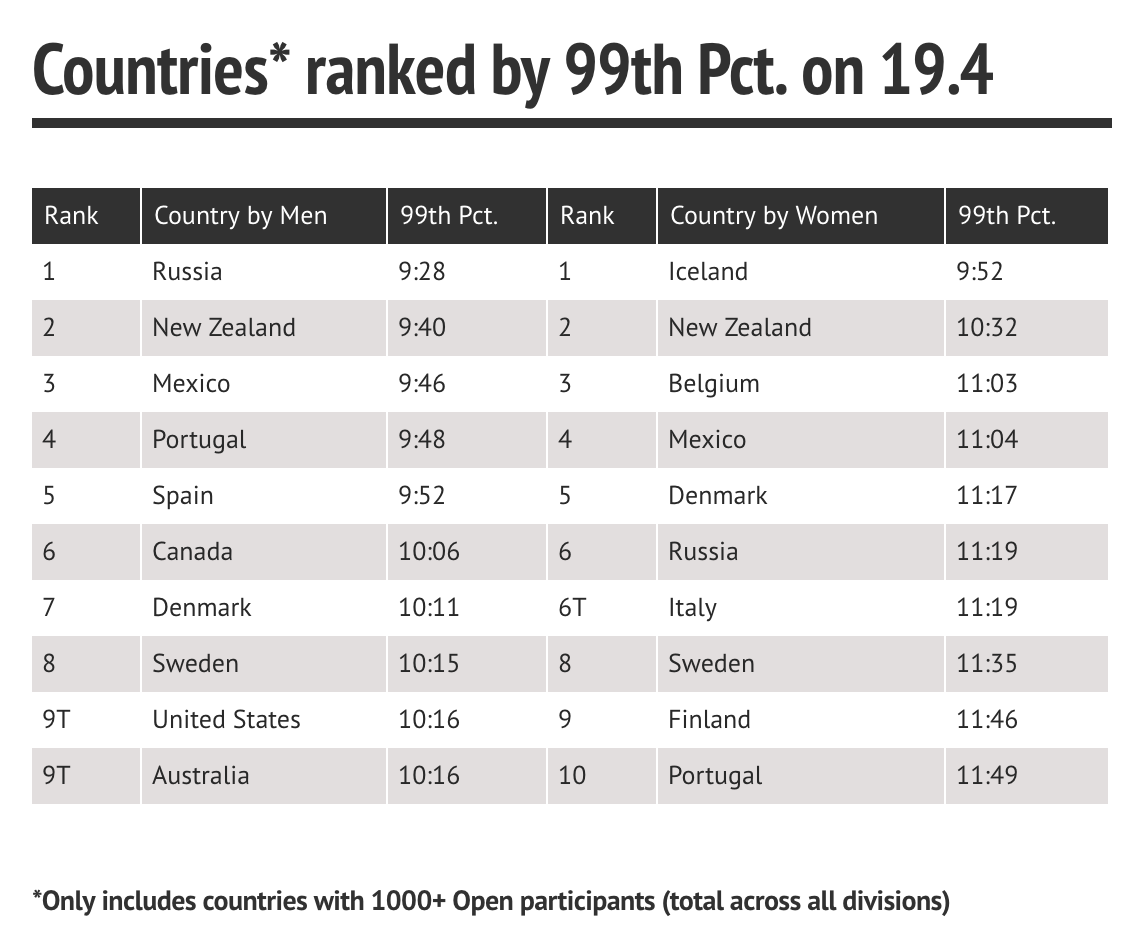 In our second country-based graphic, we are going to look at absolute performance by country on 19.4. To do this, we looked at the number of male and female athletes a country had in the top 100 for 19.4. This method gives a clear advantage to countries like the United States that have nearly 50 percent of the top 100 spots and also account for 50 percent of the overall Open participants. For this analysis, the United States is the clear winner for both men and women, but there was quite a big difference in performance between men and women in the other top countries. For men, the top three countries were the United States, Canada, and Australia, respectively. For women, the top countries were the United States, Australia, and France and Canada in a two-way tie for third. 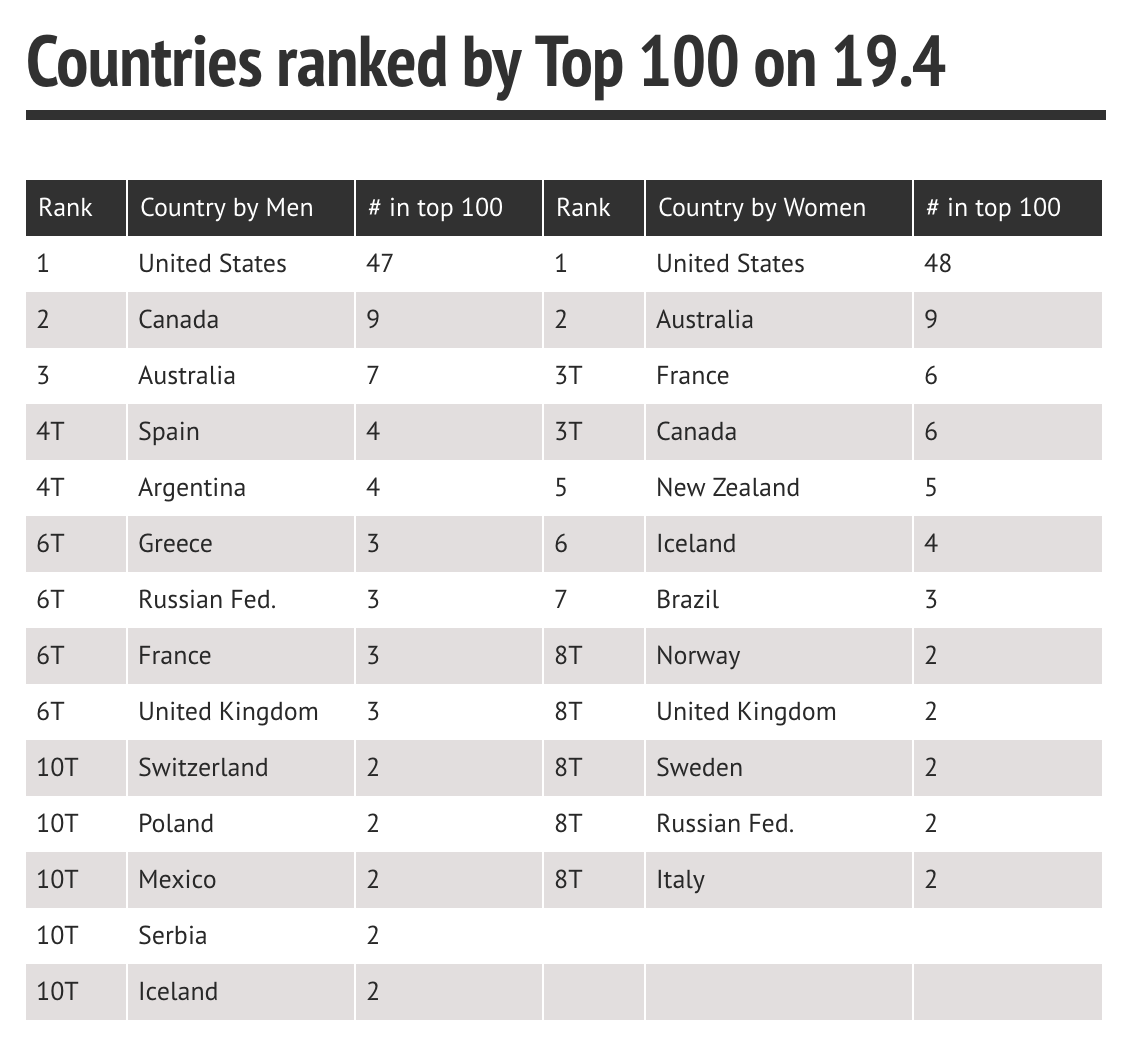 Note that these percentiles compare scores in the same version of the workout only, so they will differ from the Games app, which provides a composite percentile including both Rx’d and scaled results in a particular division. 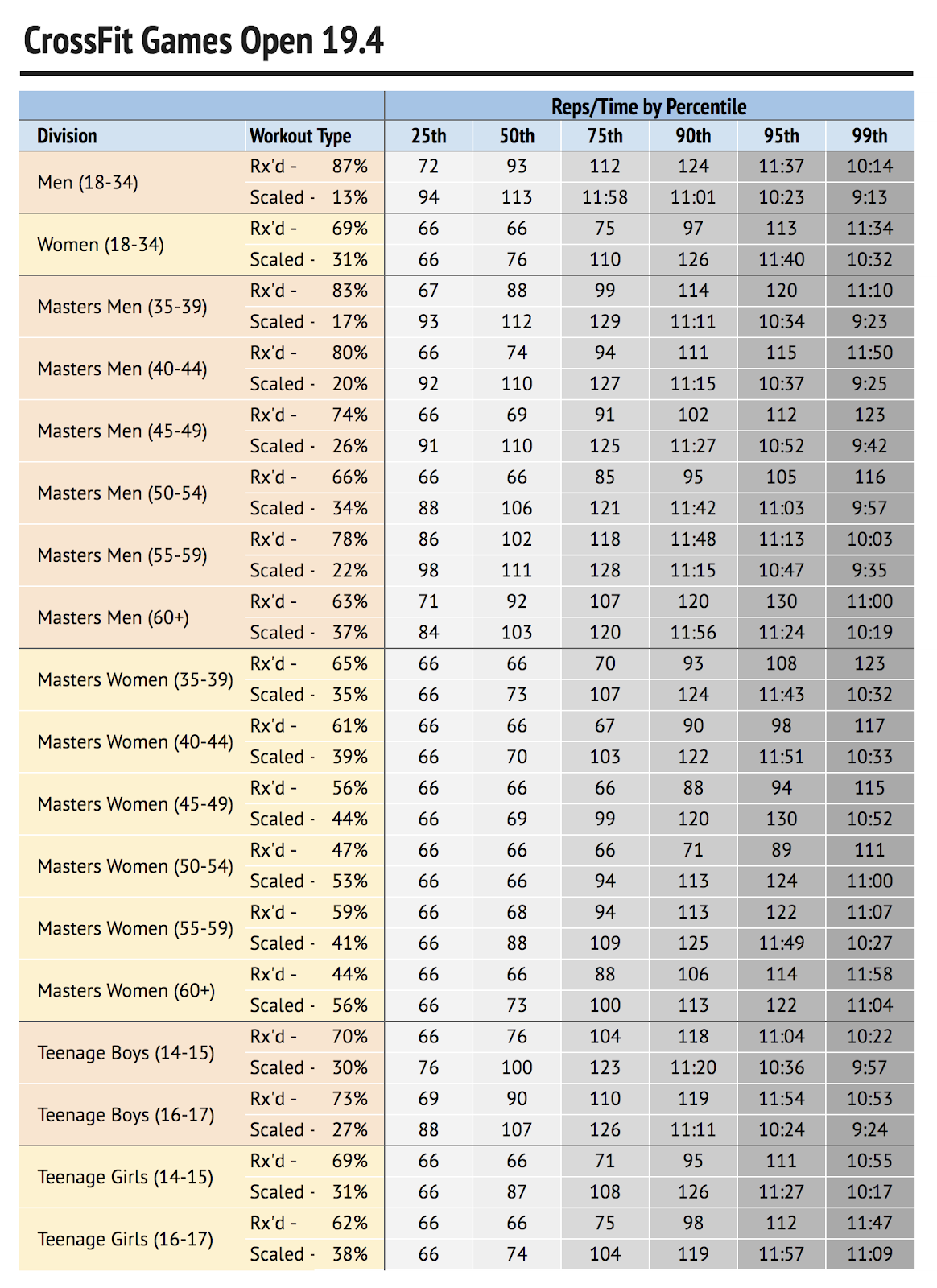 Photo by Matt Bjerre: Josue and members of CrossFit Deland