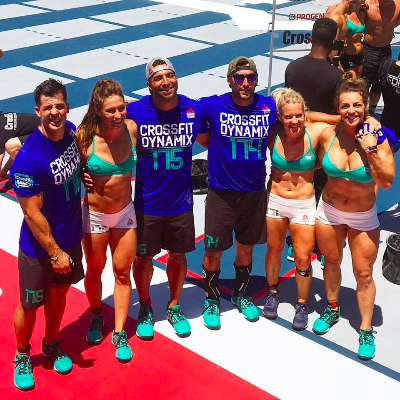 Team Dynamix, of CrossFit Dynamix in Astoria, New York, is a three-time CrossFit Games team with appearances in 2013, 2014 and an all-time best finish of fourth place in 2016. Led by Coach Justin Cotler, the affiliate has sent a team to the North East and East Regional each year since it opened in 2012 except for in 2015, qualifying for the Games with regional victories in 2013, 2014 and 2016. In 2016, the team took fifth in the worldwide CrossFit Open, filling out its regional and Games roster with high-level former individual regional athletes and former members of other past Games teams (Amy Dracup, a seven-year individual regional athlete, competed with CrossFit Melbourne at the 2012 and 2013 Reebok CrossFit Games; four-time individual regional athlete Andrea Ager competed with Brick CrossFit at the Games in 2011).