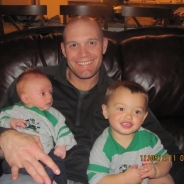 Jason Uberuaga is a two-time CrossFit Games masters athlete. He made his debut masters appearance in 2015 with a fifth-place finish in the 40-44 category, improving to a third-place podium finish in 2016. Before that, he was a longtime member of team CrossFit Spokane Valley, competing with the team at the North West Regional from 2011-2013 and helping it to a 30th-place finish at the 2013 Reebok CrossFit Games. In 2010, Uberuaga took 21st as an individual at the North West Regional. A former collegiate baseball player, Uberuaga is a police officer in Spokane, Washington.