The LCQ Is Underway! Submit Scores
the sport of fitness 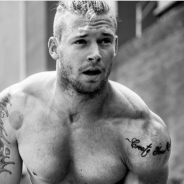 James Newbury spent four years as one of Australia’s top bubble athletes before qualifying for his first CrossFit Games in 2016. Previously, he finished every Pacific and Australia Regional in or near the top 10, coming the closest to the podium in 2014, when he missed Games qualification by one place. A former semi professional rugby player for the Queensland and Sydney Rugby Leagues and current owner of CrossFit Mode in Adelaide, South Australia, Newbury took 24th in his rookie Games appearance.