Sprague had been to the Games as a teenager twice before, taking fourth in the 14-15 division in 2017 and fifth in the 16-17 division two years later. But to compete as one of the 40 fittest adult men worldwide in the world’s most definitive test of fitness?

“It’s something I think about every moment of the day,” the now-20-year-old said.

On May 22, 2022, just before the final event of the Syndicate Crown in Knoxville, Tennessee, it looked as though his dream would come true. Sprague began the event in third overall with a 53-point buffer between him and Matt Poulin in sixth.

“As long as I could finish in a pretty decent spot ahead of or near that guy … it was going to be OK,” Sprague said. 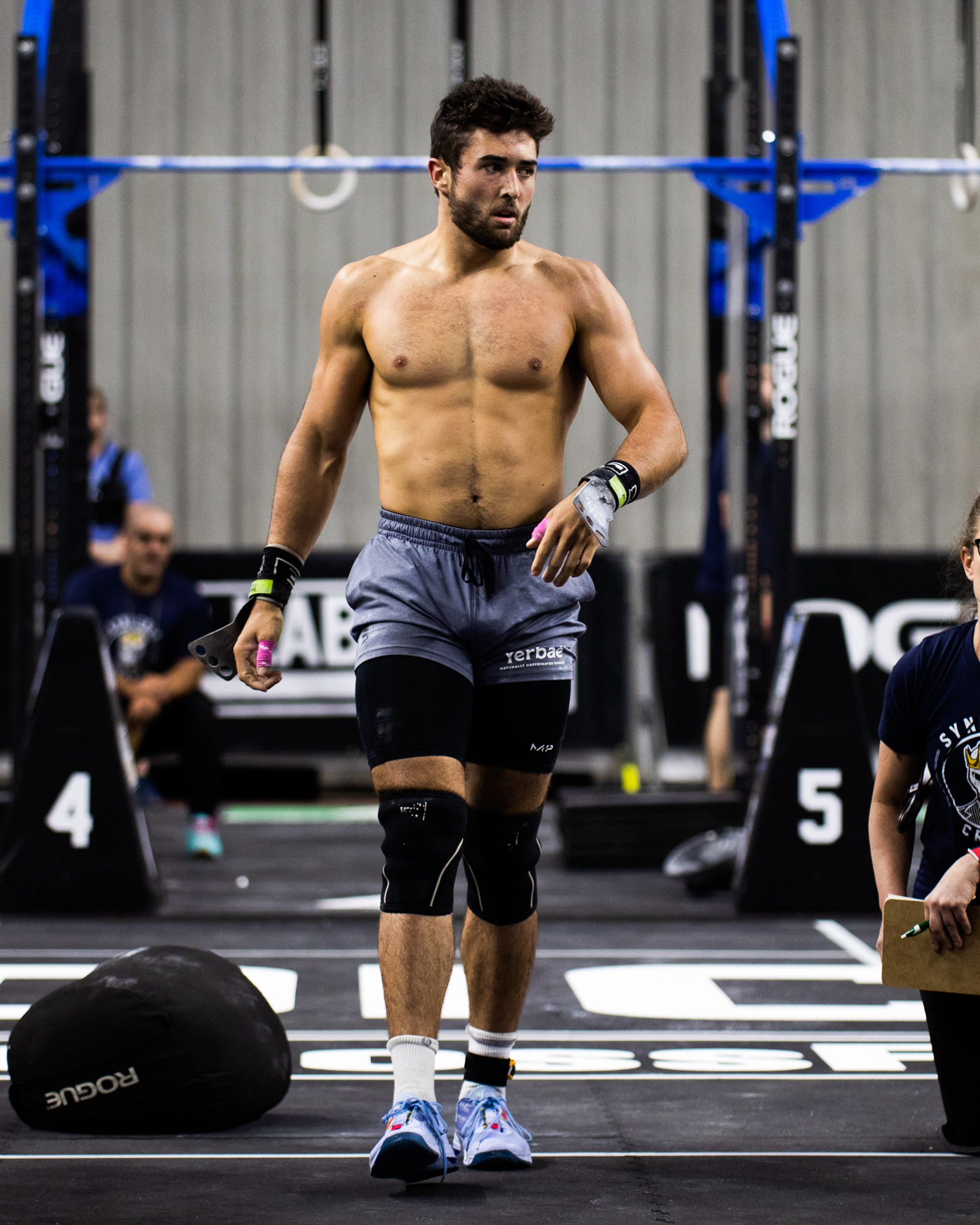 At the sound of the beep, he leaped to the rings — and knew in an instant the game had changed.

“It was like, ‘Wow, things feel different than they did in training,’” he recalled.

In practice, he could consistently rep out the muscle-ups unbroken and his deficit handstand push-ups were tidy and efficient. But the previous event — a wicked take on the classic benchmark workout Jackie — had left him thrashed, and as Event 6 wore on, his breaks between sets grew longer — and so did the distance between Sprague and the other men on the floor.

Still, he wasn’t worried. Poulin had also slipped to the rear of the heat after struggling to reach extension in the handstand push-ups and lock out the 205-lb snatch, and that was all that mattered.

“My focus was making sure he stays within the realm of my reach the entire time,” Sprague recalled.

And indeed he did.

Sprague hit the finish mat at 8:54.84, about 10 seconds after Poulin. The problem was someone else had finished much, much faster.

Three-time Games athlete Will Moorad — who entered the event in eighth and 80 points behind Sprague — quietly won the event in 5:43.29. The 100 points Moorad earned for the win, in conjunction with the mere 19 Sprague got for 24th, catapulted Moorad into the fifth and final Games-qualifying spot. Meanwhile, Sprague dropped out of contention — by one lonely point. 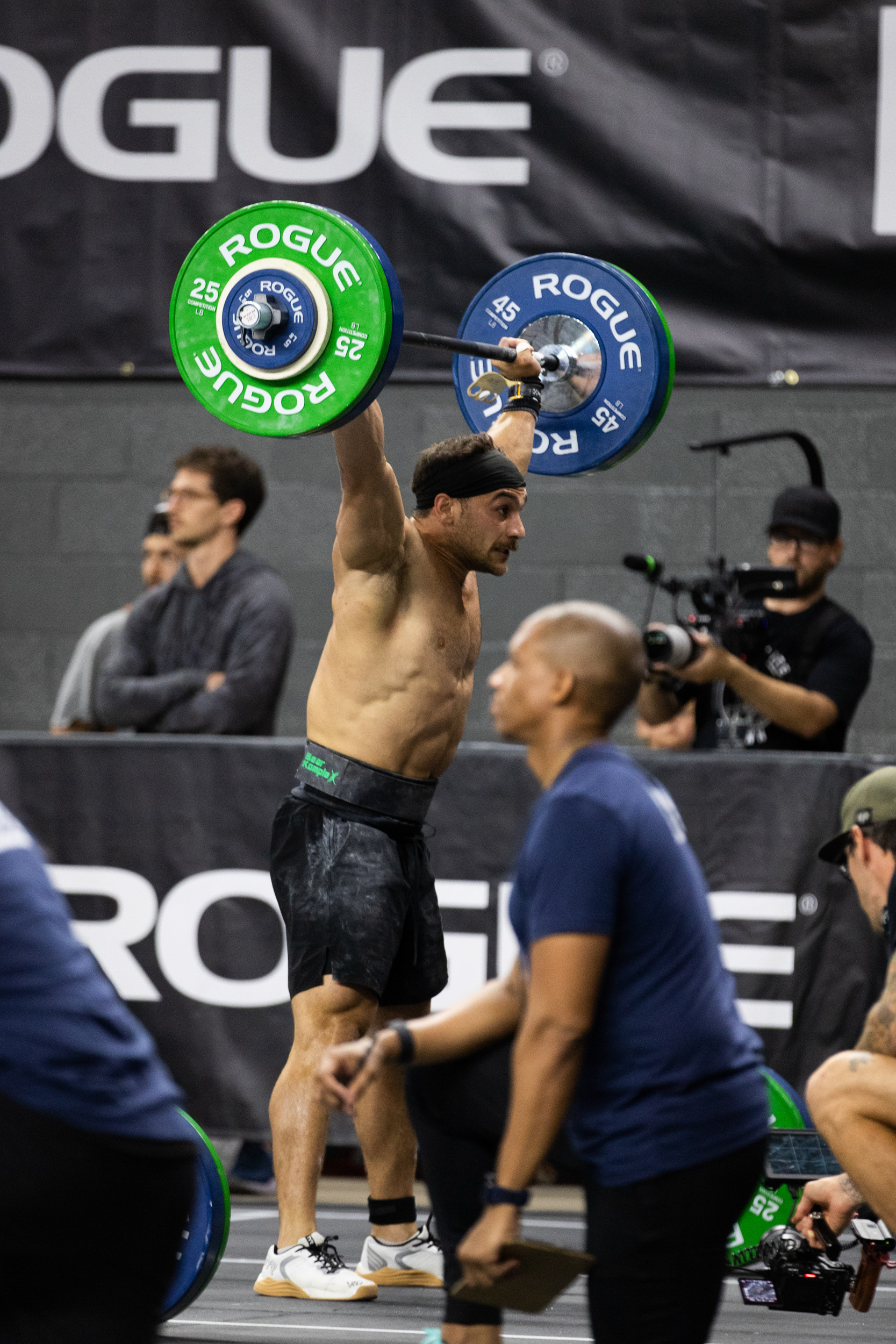 Will Moorad | Photo by Meg Ellery

“It was just really, really, really humbling,” Sprague said. “And a big takeaway from the weekend (was) it's not over until it's over. You can't let any situation define how you're going to perform or how much effort you're gonna give. It has to be leave it all frickin’ out there, every single rep, every single set, no matter what.”

Sprague knew it was over before the announcer had even finished making the call. He gave a nod, mouthing the word “yep.”

A few hugs and pats on the back later, Sprague did what he does best. Moments after losing his ticket to the Games by one measly point, Sprague smiled.

“He’s on the wrong end of a historic comeback, but the one thing that never changed for him was the smile on his face and the way he carried himself,” said Tommy Marquez in Games Central Ep. 20.

“Do it with a smile,” reads Sprague’s Instagram tagline.

“I think it just came from when I started CrossFit, I was always just happy to be in the gym,” he said. It’s an attitude he said he gleaned from his father, Patrick Sprague — a CrossFit Games competitor in his own right. Patrick took 14th and 7th in the 55-59 division at the 2016 and 2021 CrossFit Games, respectively.

“He lives out the (concept) of overcoming adversity with a smile,” James said of his father. “He’s always been a happy guy in the gym and never (takes) things too seriously.” 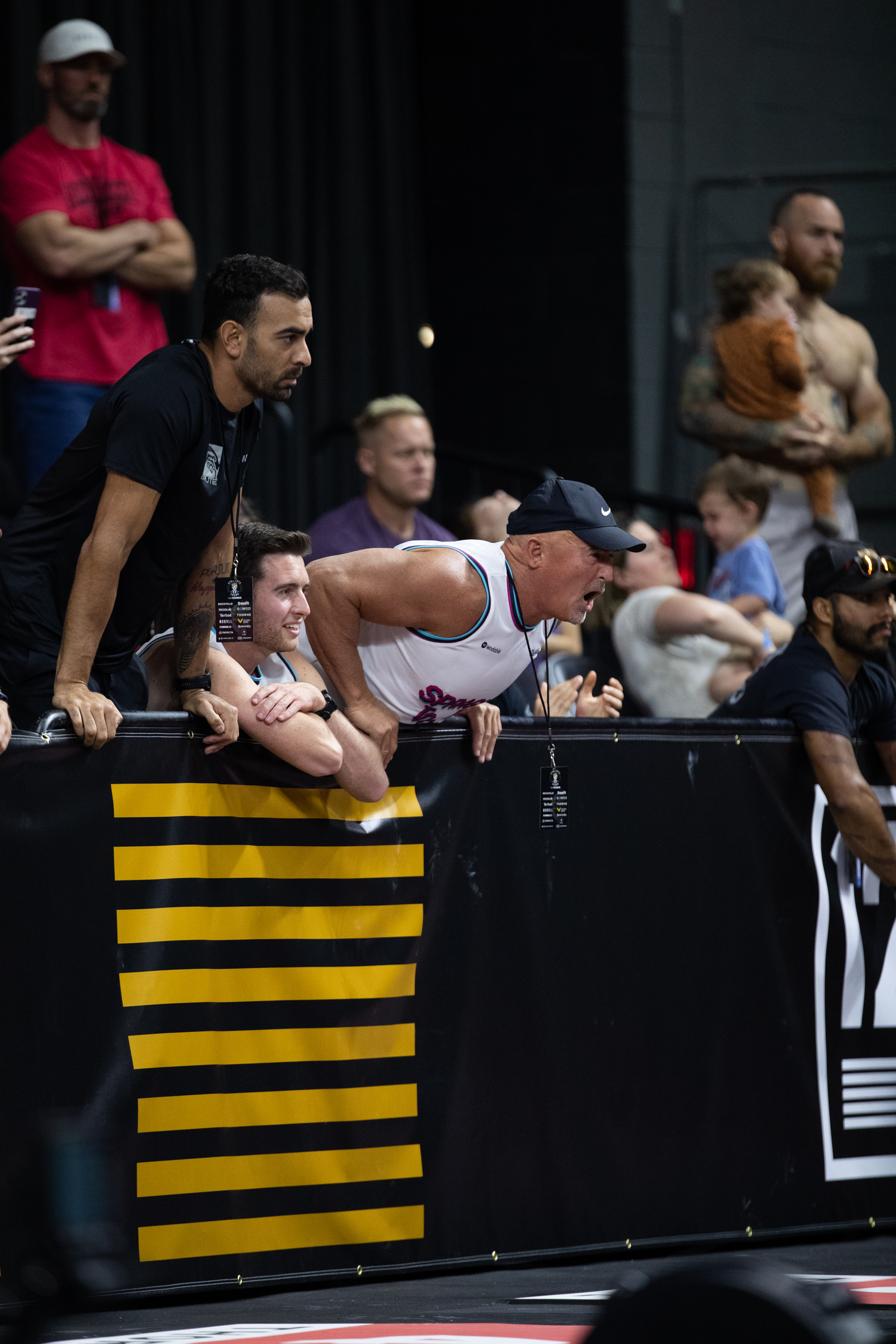 The idea is to be intentional about positivity.

“If you have a positive outlook and you’re optimistic, you’re healthier, too,” Sprague explained. “You overcome stressful situations much quicker, you have more energy in the day, etc. So I think that just doing it with a smile and trying to find the best in everything will help you live a happier, more fulfilled life.”

That doesn’t mean being happy all the time, he clarified. It’s not like he was happy about losing his Games spot.

“I’m hungry, pissed off and fired up,” he posted to Instagram in the days after his loss.

A critical part of having a positive outlook, he said, is being able to feel emotions — the good and the bad — and to channel them productively into positive outcomes.

The key is to keep that anger productive and within the four walls of the gym. And to do that, you’ve got to have more in your life than CrossFit — even elite competitors, Sprague said.

“Life’s about balance,” he said. While his primary focus is on competition, Sprague is also passionate about travel, family, and business.

“If it all goes away,” he said, referring to his competitive CrossFit career, “I still have things that I love and will fill my cup.” 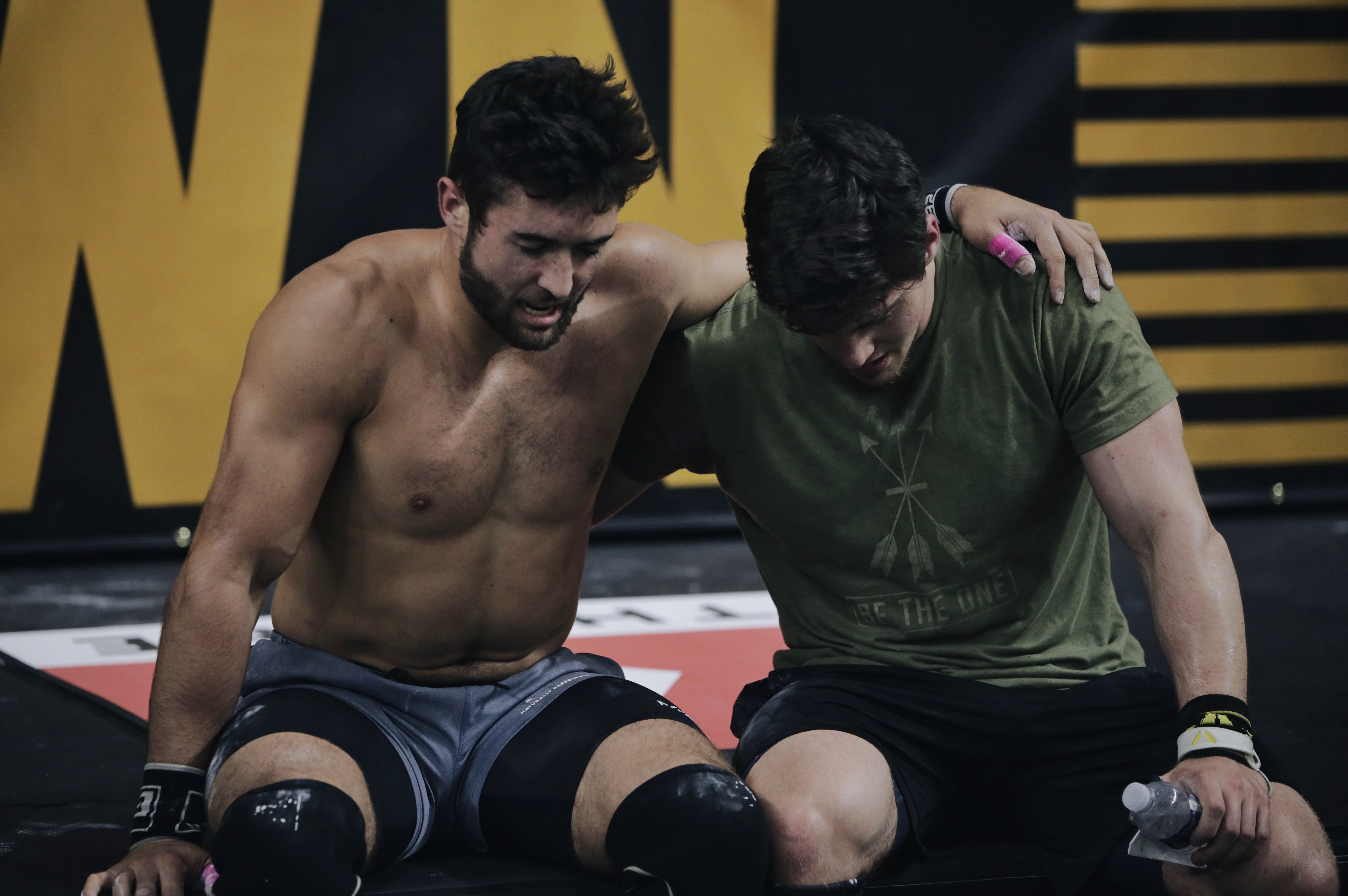 After flashing the camera a gracious million-dollar smile, the reality of the loss hit home. His father enveloped him in an embrace that seemed to slow down time.

“I was a wreck,” Sprague admitted. “Tudor Magda and Jayson Hopper came up and cried in my arms with me; it was so emotional.”

But in the days that followed, he thought less about the loss and more about how far he’s come.

“This is the very, very start to an incredible career for me,” Sprague said. “I'm more eager than ever to go prove to myself that I can belong, and I do belong. … I have this incredible fitness base built up from all my training for the Semi, and I'm going to carry that on over into the (Last-Chance Qualifier) and literally finish on empty.”